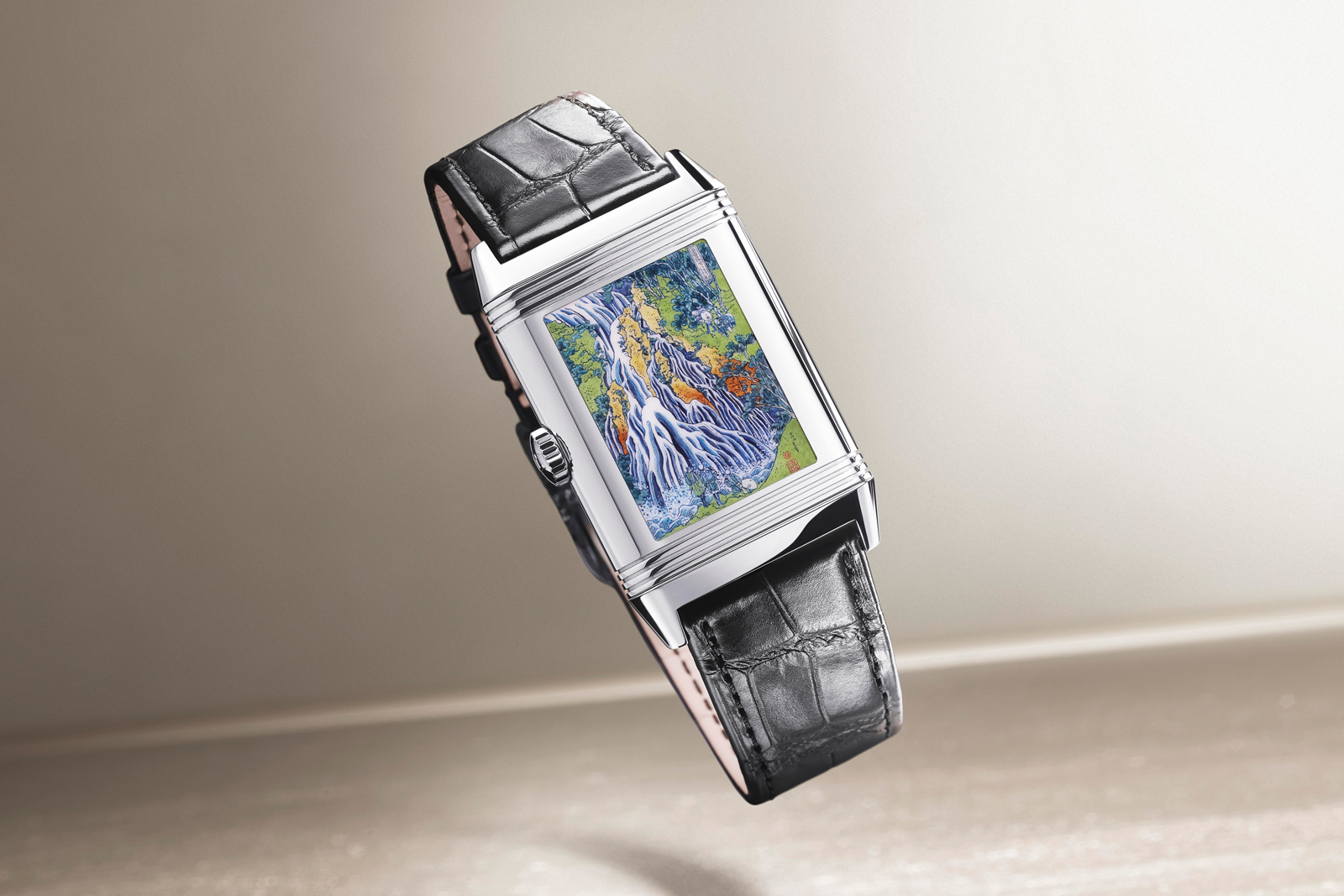 Debuted in 1931, the ubiquitous reversible watch is marking its 90th anniversary this year. Jaeger-LeCoultre (JLC) has rolled out several special editions for the occasion, from a digital hours to the uber Reverso with four faces.

But the latest anniversary edition is pared-down in mechanics, but elaborately crafted. JLC turned to its enamel workshop for the Reverso Tribute Enamel, a time-only watch with both the dial and back decorated in grand feu enamel. 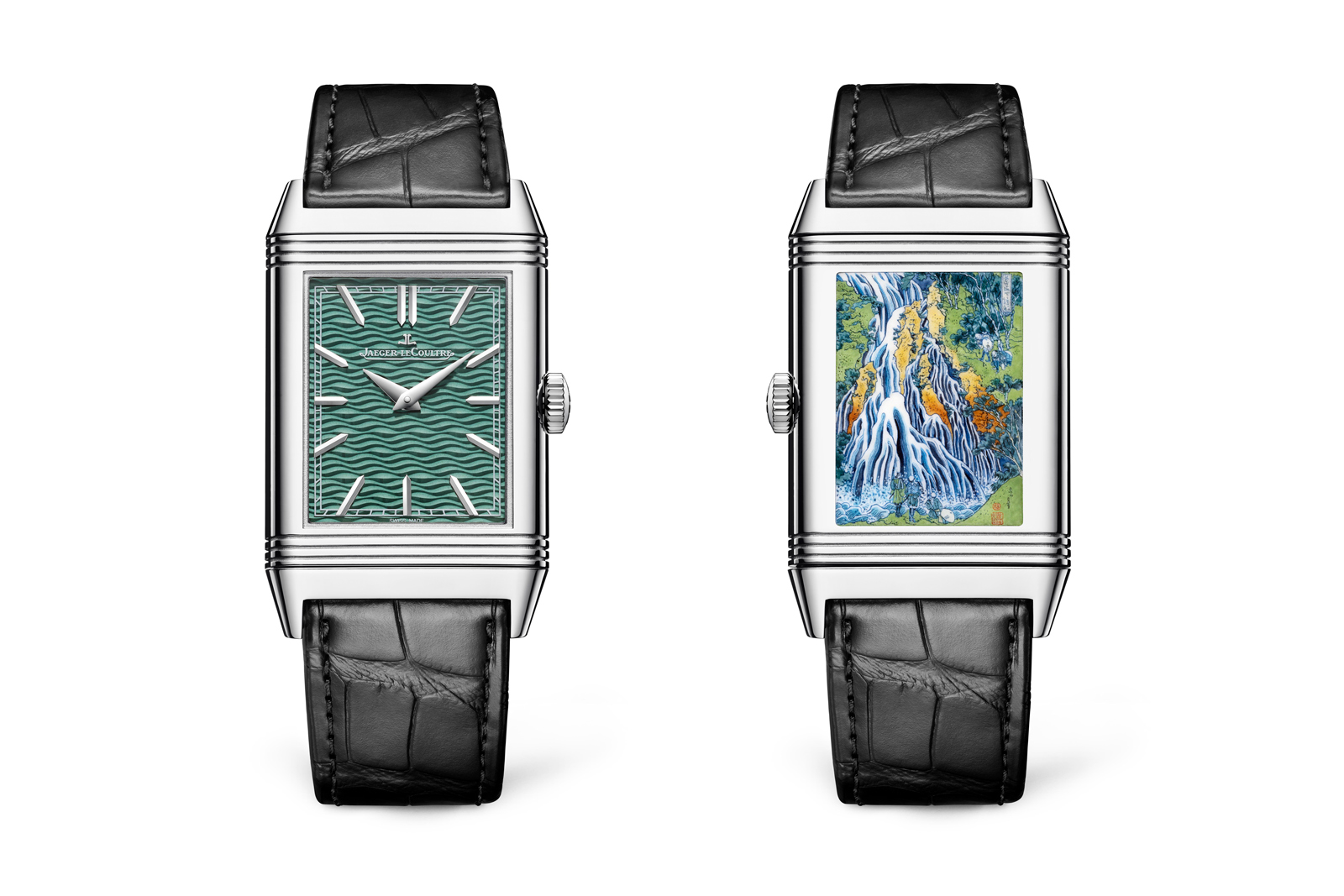 Most remarkable is the miniature painting on the reverse of the case, which is a miniature version of Kirifuri Waterfall, a 19th century woodblock print by Hokusai, the Japanese artist most famous for The Great Wave off Kanagawa, a print depicting roaring waves with Mount Fuji in the distance (which JLC already put on the back of another Reverso three years ago).

The Reverso Tribute Enamel is a evidently a good looking watch. Simple on the front, looking similar to the standard model, the watch is discreetly captivating, thanks to the green, wavy guilloche dial that evokes the serene motion of the flowing water.

And hidden until the case is flipped over is a miniature enamel painting that’s even more outstanding. The brand’s miniature enamelling has long ranked amongst the best in the industry – it was one of the first to establish an in-house enamel studio – and this watch shows that JLC has preserved its prowess.

The back is a near-exact recreation of the original woodblock printing by Hokusai, a drawing replete with lively detail. According to JLC, more than 70 hours of work and multiple trips to the oven were needed to complete the back. 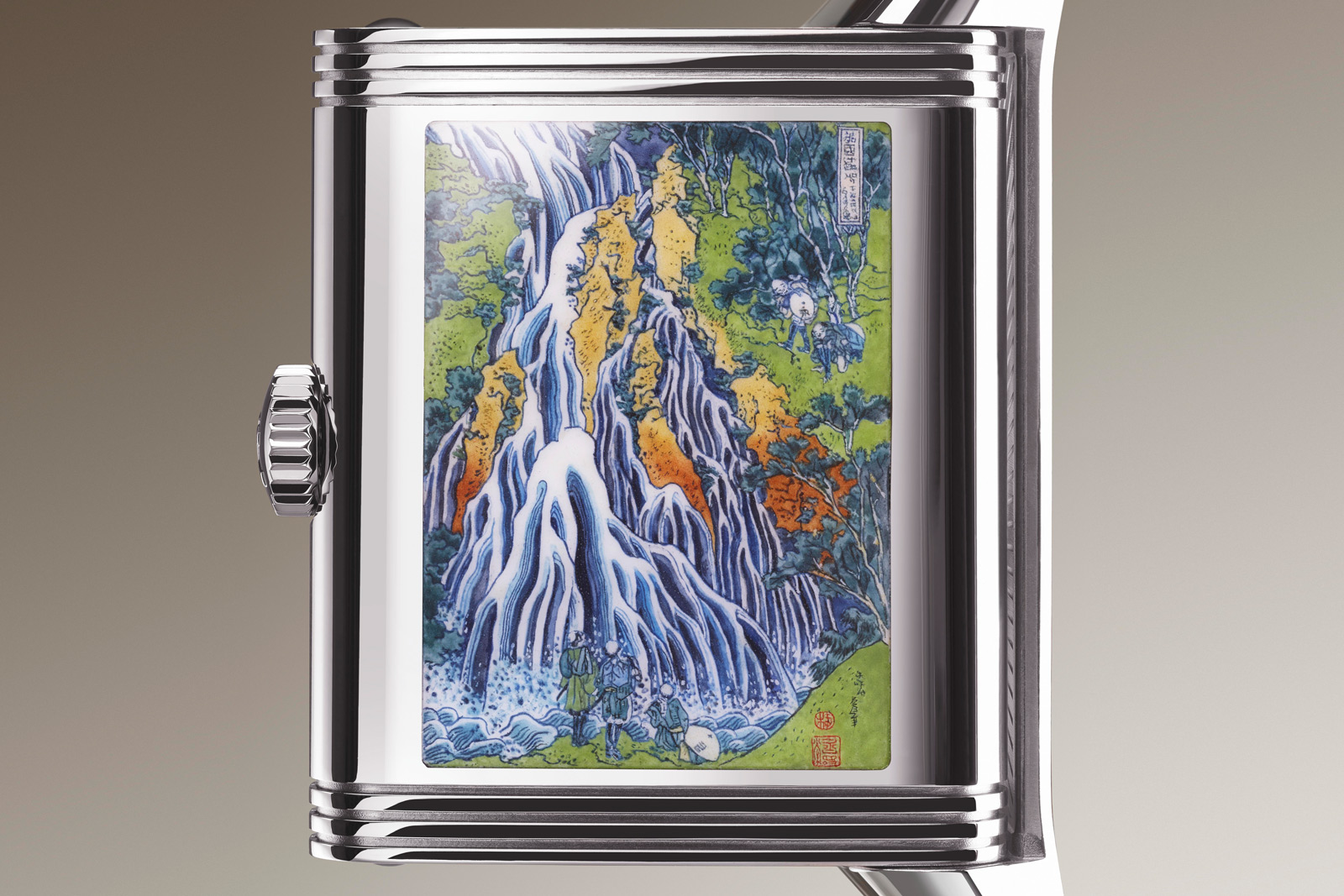 But there are a few details that can be improved. The hands appear wide and short, seeming inelegant against the baton indices; the sword hands found in past models might work better. And the Japanese calligraphy on the back isn’t particularly neat, though the reproduction of Hokusai’s print remains an impressive work of art.

Priced at US$95,000, the new Reverso Tribute Enamel costs about 10% more than comparable models launched a few years ago. All things considered it’s a fair premium, given the rate of price increases across the industry. Though no small amount of money, it is reasonable for an remarkably refined métiers d’art wristwatch.

A change in medium

Kirifuri Waterfall was a woodblock print, created via the traditional manner of reproducing copies of the same drawing. Such prints and paintings are known as ukiyo-e, an art form that has mass appeal in Japan in the 18th and 19th centuries.

A woodblock print is more complicated than the name suggests: block of woods have to be carved with forms that corresponds to the details on the painting, before being covered in paint – one shade at a time – and finally a piece of paper is pressed against the woodblocks to pick up the colour and create the image.

According to JLC, the layers of paint on a woodblock print creates a gradient effect that does not quite translate to an enamel painting, so its enameller had to develop a new technique to recreate the look. 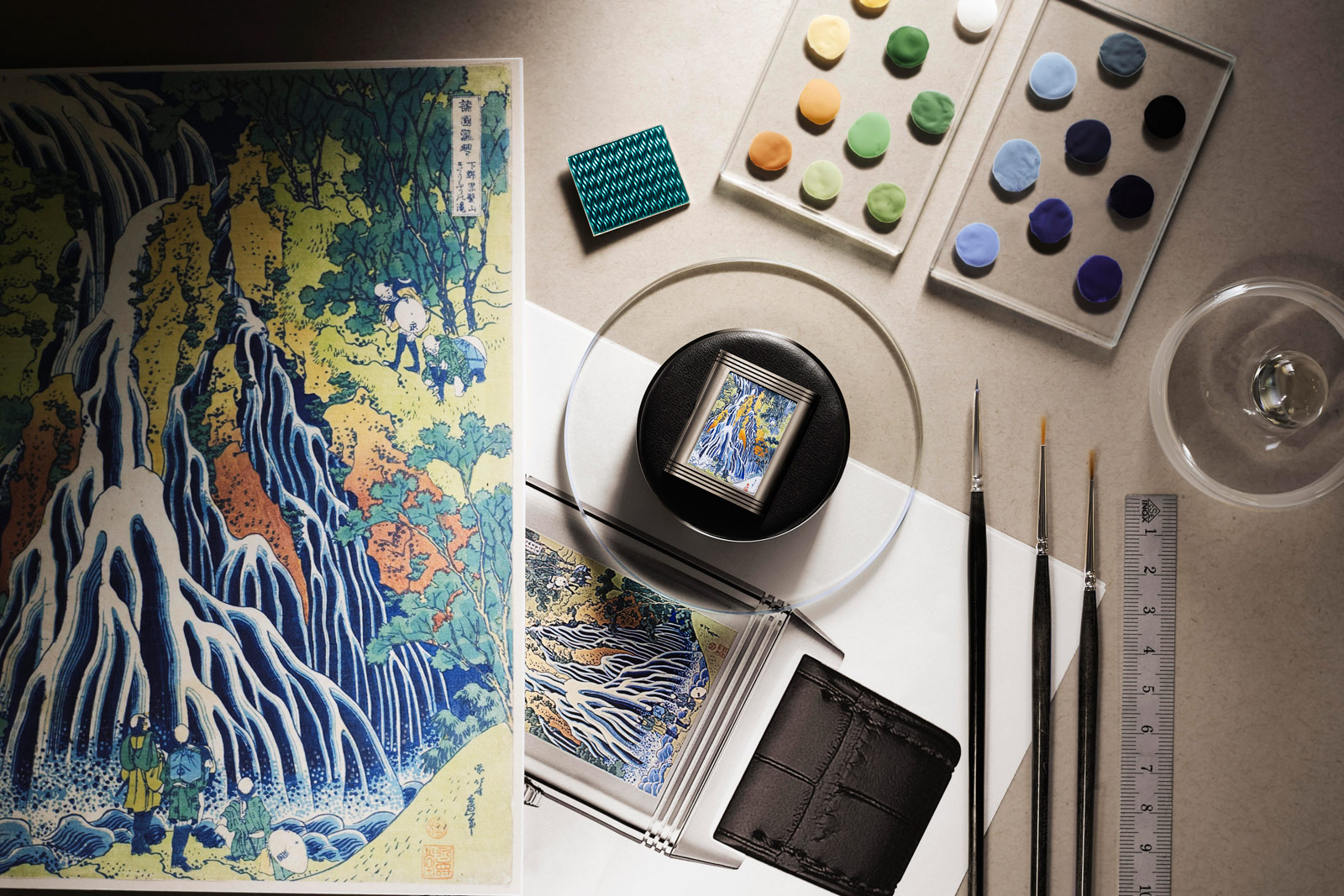 The enameller evidently succeeded with a miniature painting magnificent in its complexity, managing to reproduce most of the original’s details.

There are minor differences between the original print and the miniature enamel, mainly in the transition of colours, such as the darker spots on the tree in the top right corner. But that’s a result of technique rather than an issue of skill or quality. 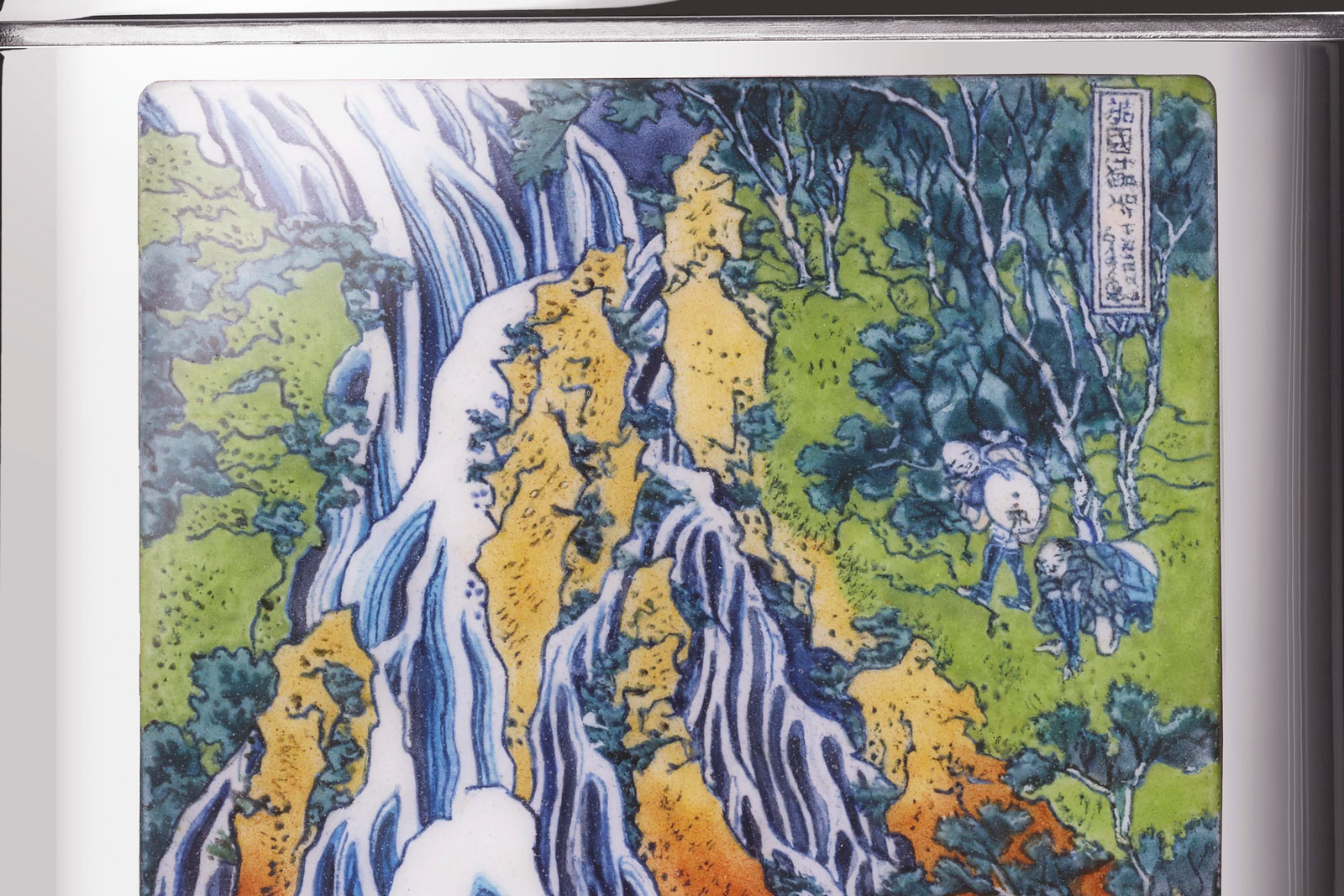 Arguably only part of the miniature enamel painting that’s not ideal is the title of the drawing in the top right corner. Perhaps because the enameller was not familiar with Japanese characters, the calligraphy appears peculiar.

Notably, the dial is also enamel, but in a different technique. The dial base is first engine-turned to engraved a wave pattern, which was modelled on the waves found on the bottom of the Hokusai print. It’s then covered in layers of enamel – a method known as champleve enamel. 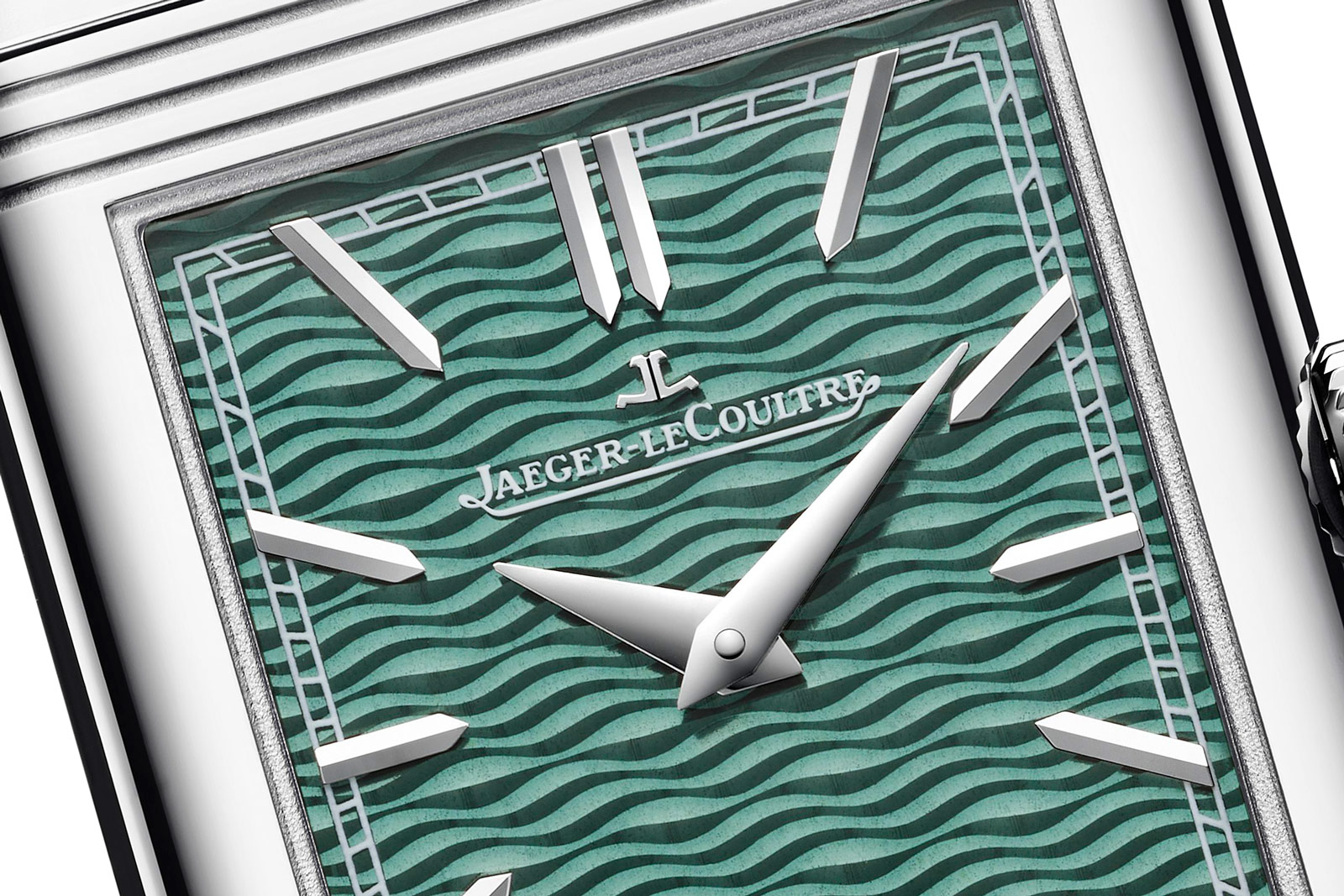