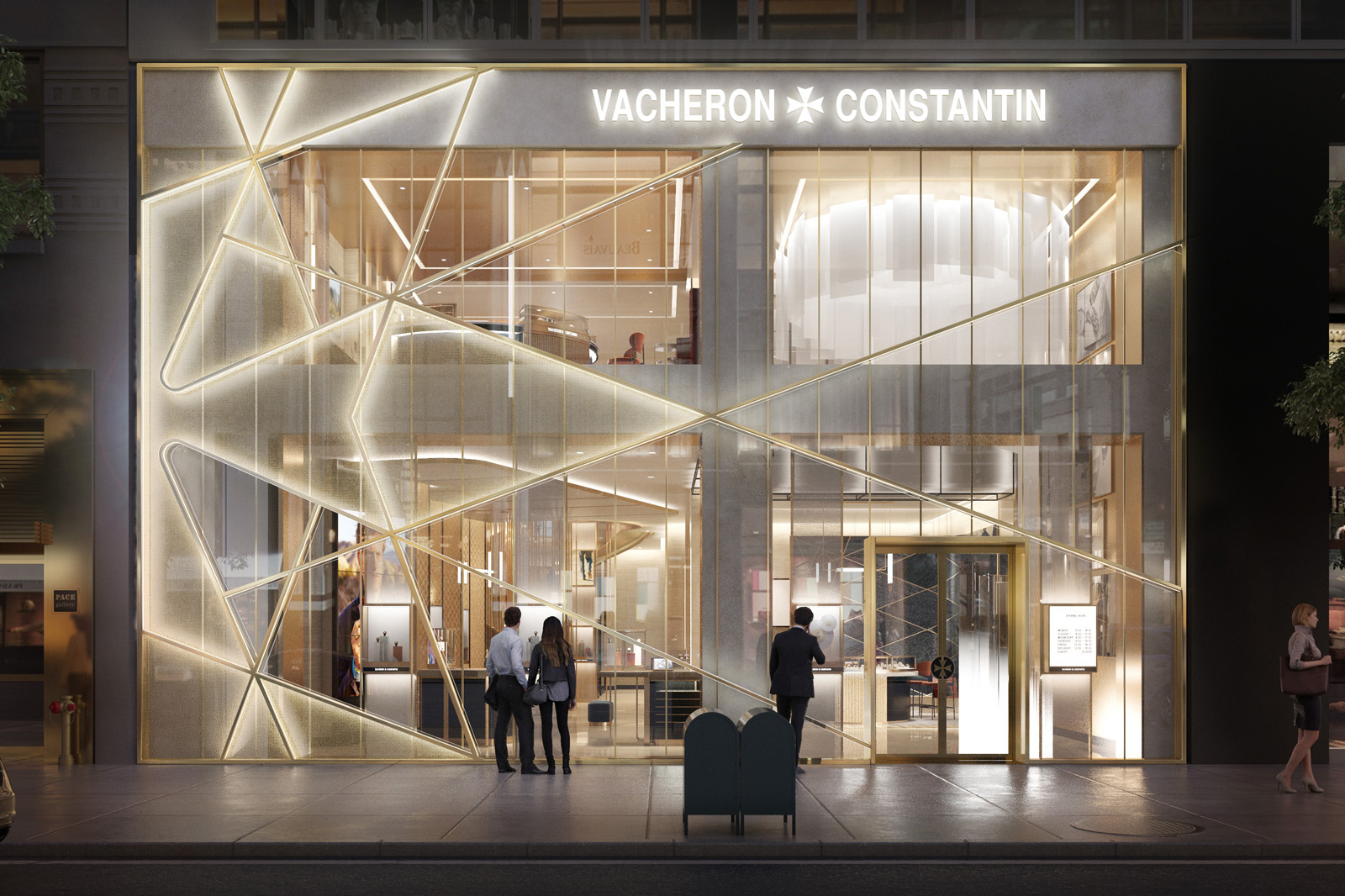 Announced last year and finally complete, Vacheron Constantin’s flagship boutique in the United States just opened today in Manhattan on 57th Street, just as New York City is coming back to life post-pandemic with summer around the corner.

Replacing its former location uptown at the corner of East 64th Street and Madison Avenue – which was the brand’s first boutique in the country – the new store is quite literally bigger and better. 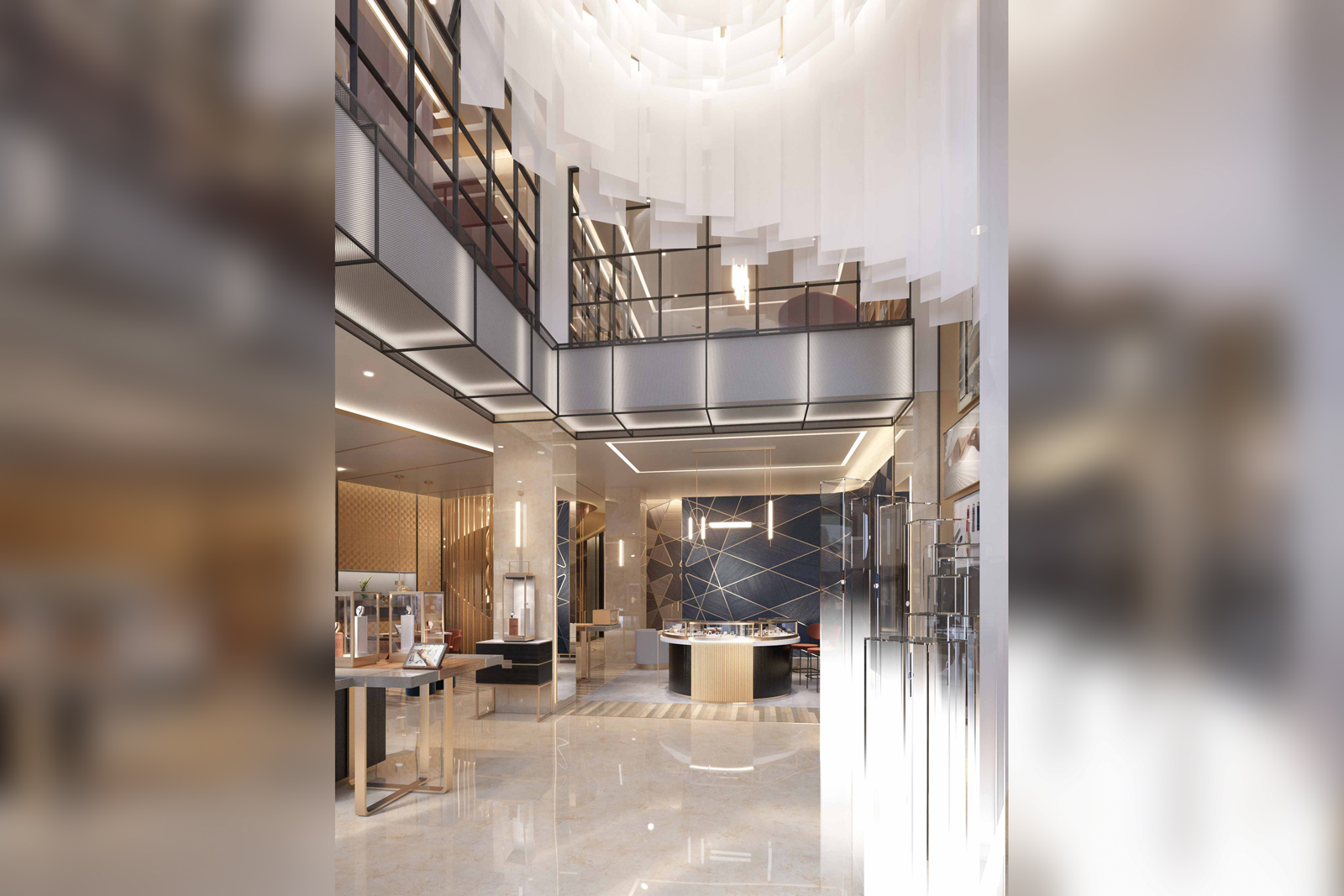 The brand’s former space was a one-story location in a quieter neighbourhood, but now its home is a two-storey building with an interior spanning 4,500 square feet, and neighbours that include several notable watchmakers and retailers, including Richard Mille and Audemars Piguet.

The relocated store is kitted out with a new-look interior that slightly more contemporary than the outgoing decor that was heavy on dark wood. Characterised by golden hues and geometric shapes, the store has airy, floor-to-ceiling windows that reveal the rich colours inside, along with a selection of watches that are dangerously inviting.

In a nod to the brand’s long presence in the United States, the boutique’s decoration during its opening is modelled on inspired by the works of Chris Burden, an artist best known for sculptures and installations. The bronze cityscape and railway tracks on the facade and interior are inspired by Burden’s Metropolis II. 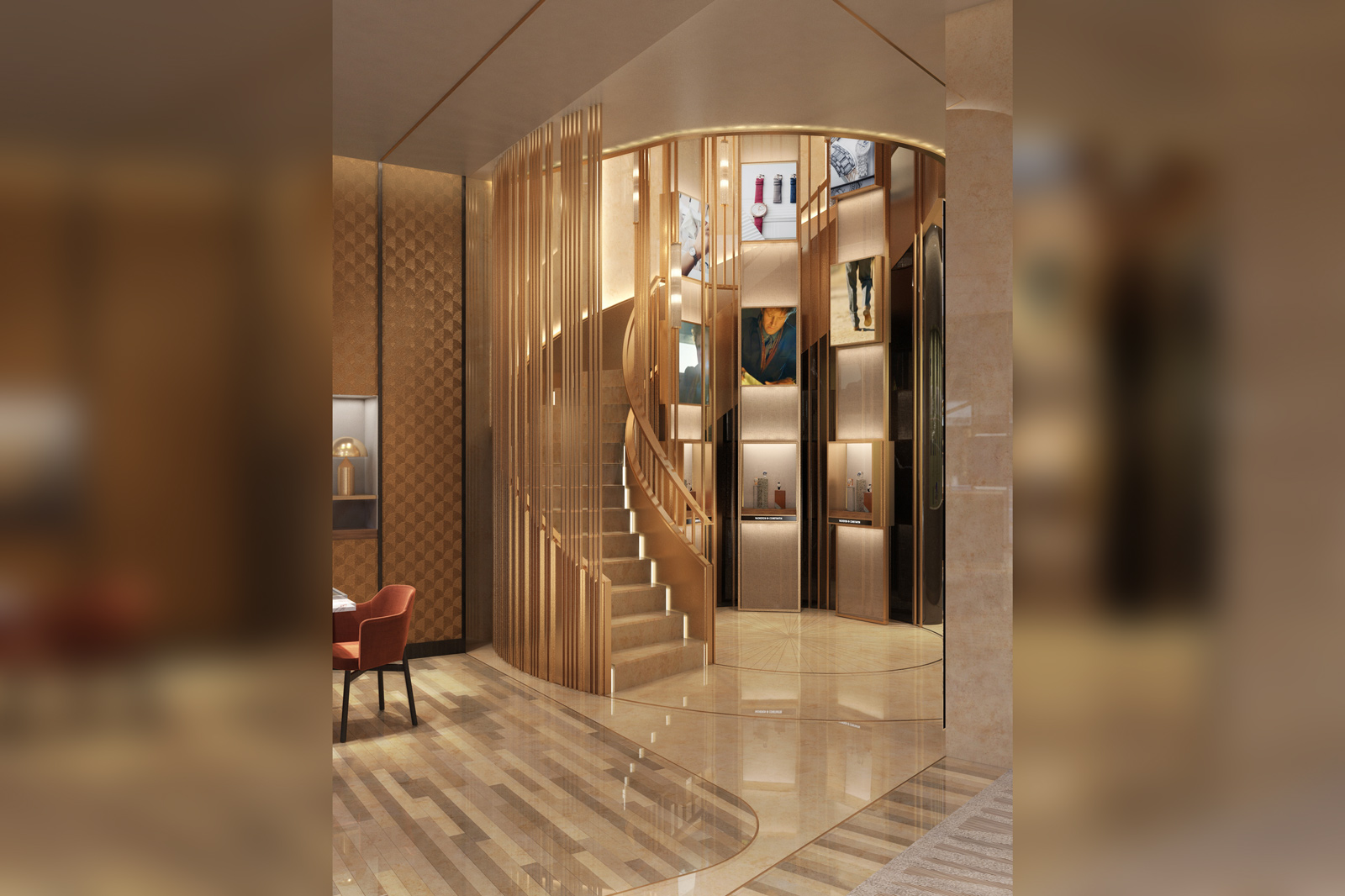 And being the flagship boutique, the store does more than showcase watches in the current catalogue, although it will offer an impressive line up of modern watches, including examples from Les Cabinotiers, the department that specialises in one-off and custom watches. Past examples of Les Cabinotiers creations include the graceful “Romantic Note” minute repeater and the Armillary Tourbillon.

And the boutique will also have on show a selection from Les Collectionneurs, the curated range of vintage watches that have been sympathetically restored at the mothership in Geneva.

But while Les Collectionneurs watches typically travel around the world for periodic stays in select boutiques, they will be a permanent offering at the New York City store, which will help newcomers to the brand better appreciate its rich archive of timepieces.

In addition to the vintage timepieces, the store is also the first venue for a public showing of the American 1921 Pièce Unique, the one-off, near-exact recreation of the vintage original from a century ago. 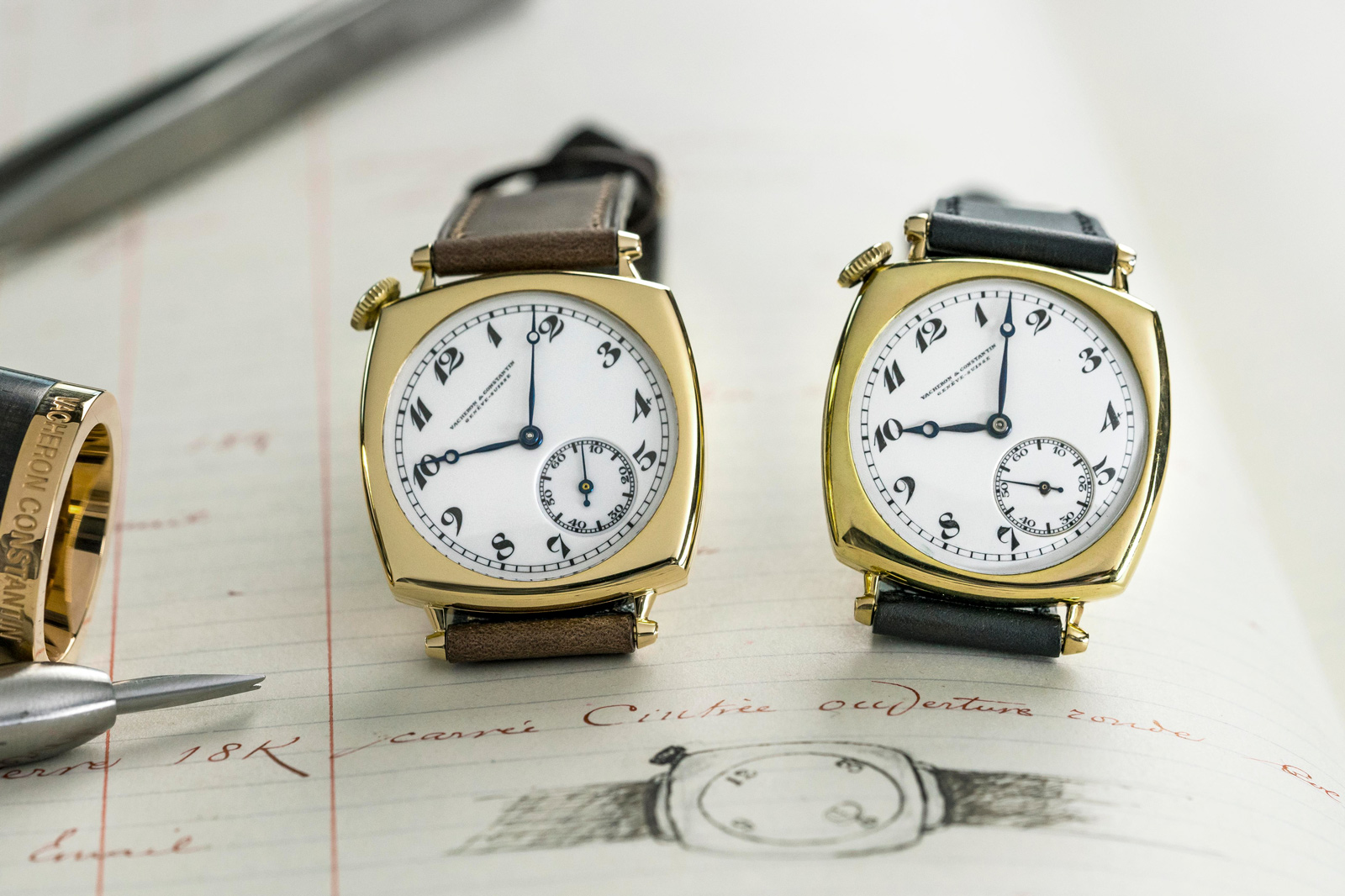 The American 1921 Pièce Unique (left), with its forebear 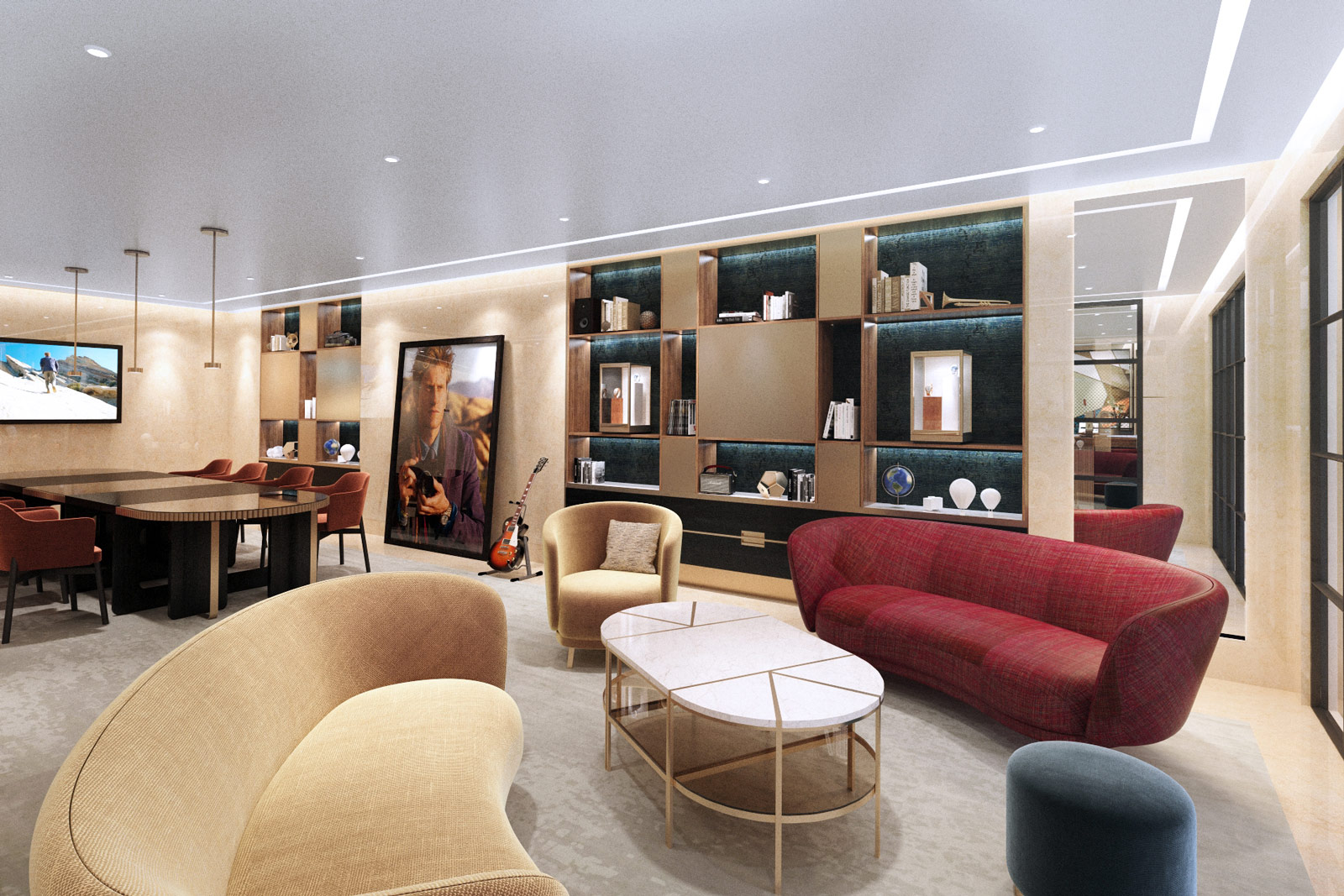 The upper floor of the store

The new store will also offer personalisation services, including engraving or strap embossing. And the second floor is home to the in-store watchmaker and a wide watchmaking that allows for an interactive watchmaking experience.