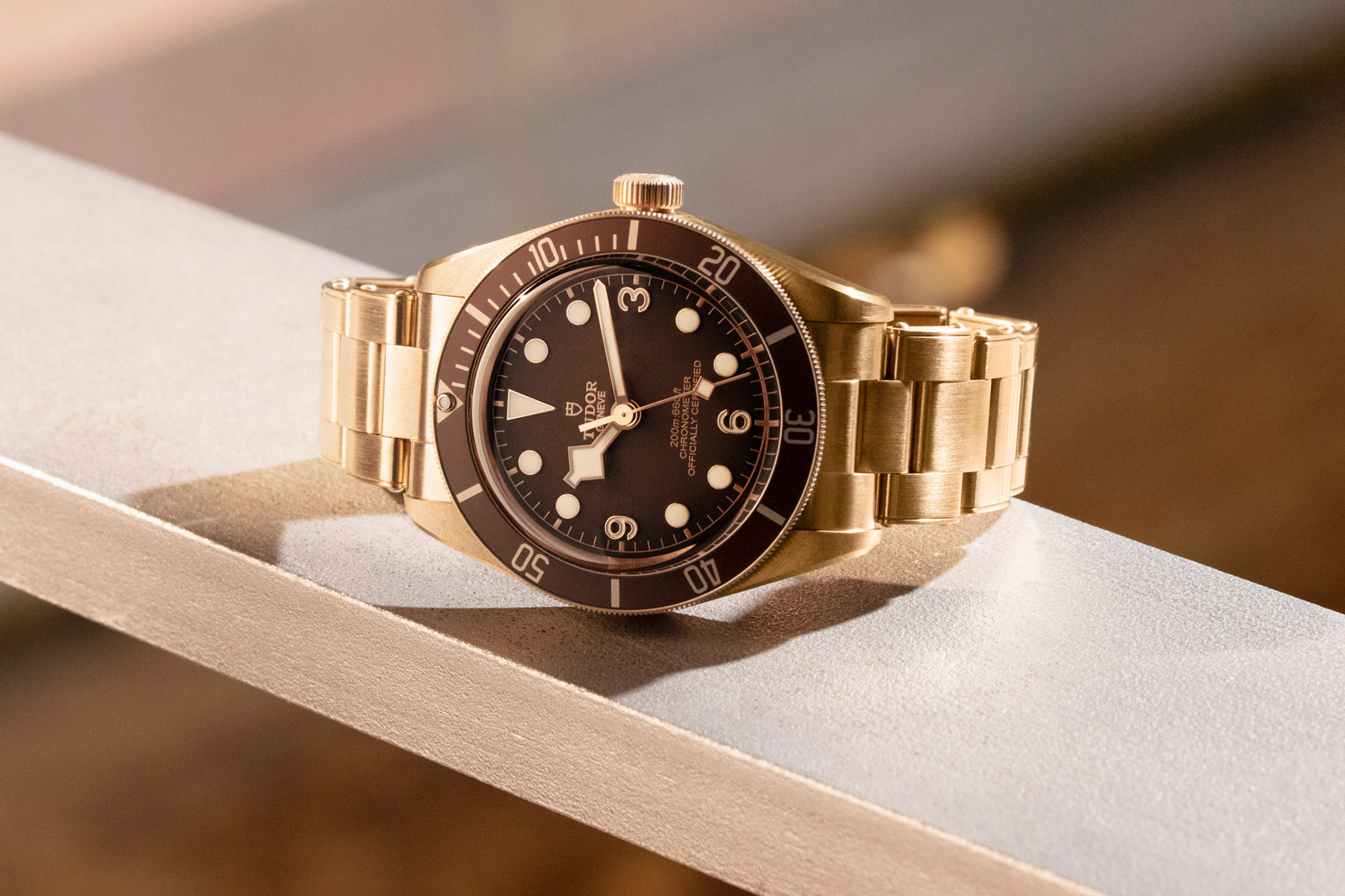 Tudor debuted a teaser about its upcoming launch last week – showing the forging of a case component –  and now it has taken the covers off its very first boutique-only model, the Black Bay Fifty-Eight Bronze. The new boutique edition combines the compact size of the Fifty-Eight with the alloy found on its prior bronze dive watches.

The new model sports a bronze “rivet” bracelet, which is a first for Tudor. And unlike earlier Black Bay Fifty-Eight models, the new version sports an all-new, micro-extension clasp known as T-Fit that brings the wearability of the Fifty–Eight to another level. 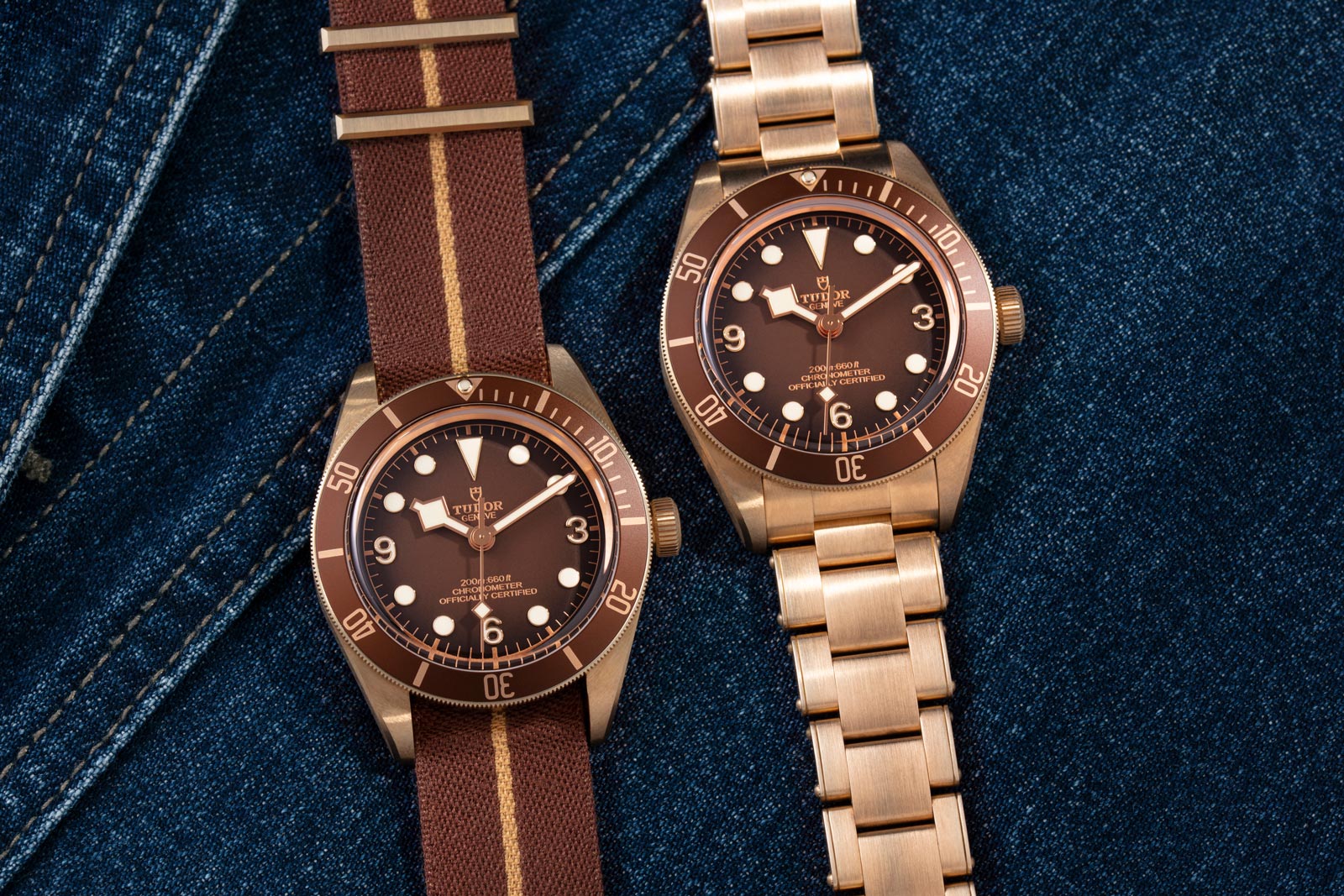 Despite boasting several “firsts” for Tudor  – as well as being a good-looking watch – the Black Bay Fifty-Eight Bronze sticks to a familiar formula. It has a brown bezel and dial found on the first-generation Black Bay Bronze, as well as Arabic numerals at the quarters that are a hallmark of the Tudor’s bronze watches.

But the minor change in case size is significant, a result of the gulf in perception between the 39 mm and 41 mm Black Bay cases. The two millimetres that separate the two sizes are markedly obvious in the metal.

The compact format of the new Black Bay in bronze means it’ll wear better, much like the standard Fifty-Eight. And it’ll also have a more retro feel since its case size is close to that of vintage dive watches, which will complement the warm colour palette that calls to mind a “tropical” dial. 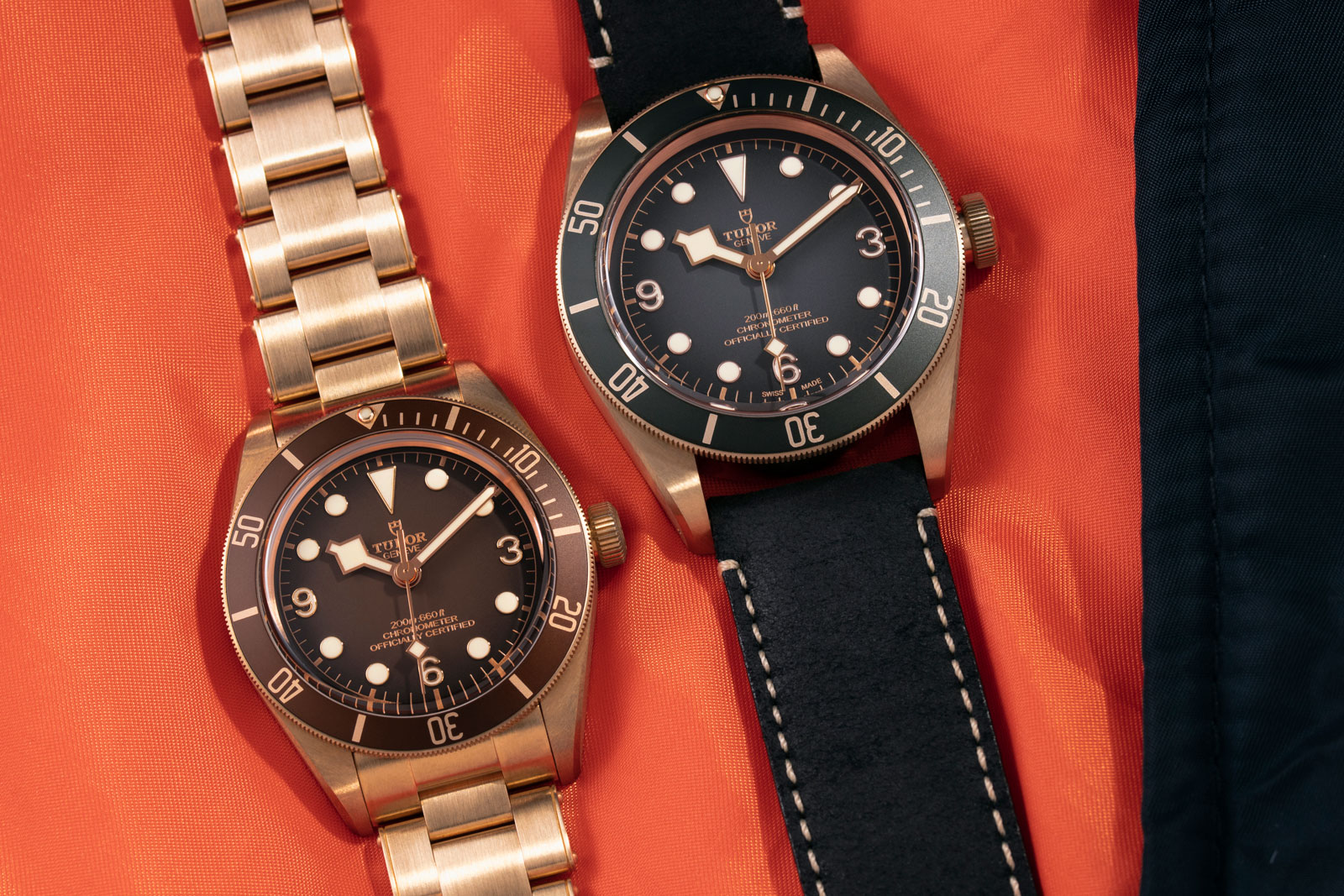 Though the bronze bracelet is a first for Tudor, what’s truly new is the clasp; the no-frills clasp that’s long been standard for the Black Bay has been upgraded substantially. Though the Pelagos deep-sea diver’s watch had a spring-loaded extension clasp since its inception, the Black Bay has not, until now. The new clasp allows for on-the-fly extension of up to 8 mm in five increments, which will boost comfort on the wrist significantly.

On a different note, the fact that the first all-bronze Tudor will only be sold at boutiques demonstrates another prong of its strategy in boosting its brand equity. Tudor has steadily growing its numbers of boutiques – all operated by its retail partners instead of the brand itself – creating a more immersive experience, while boosting its presence in high-traffic shopping areas.

Last but not least is the price of the new bronze diver, which in typical Tudor fashion is entirely reasonable at US$4,525. That translates to a premium of around 20% over the steel version of the Fifty-Eight, but still leaves the bronze model good value considering the material and clasp. 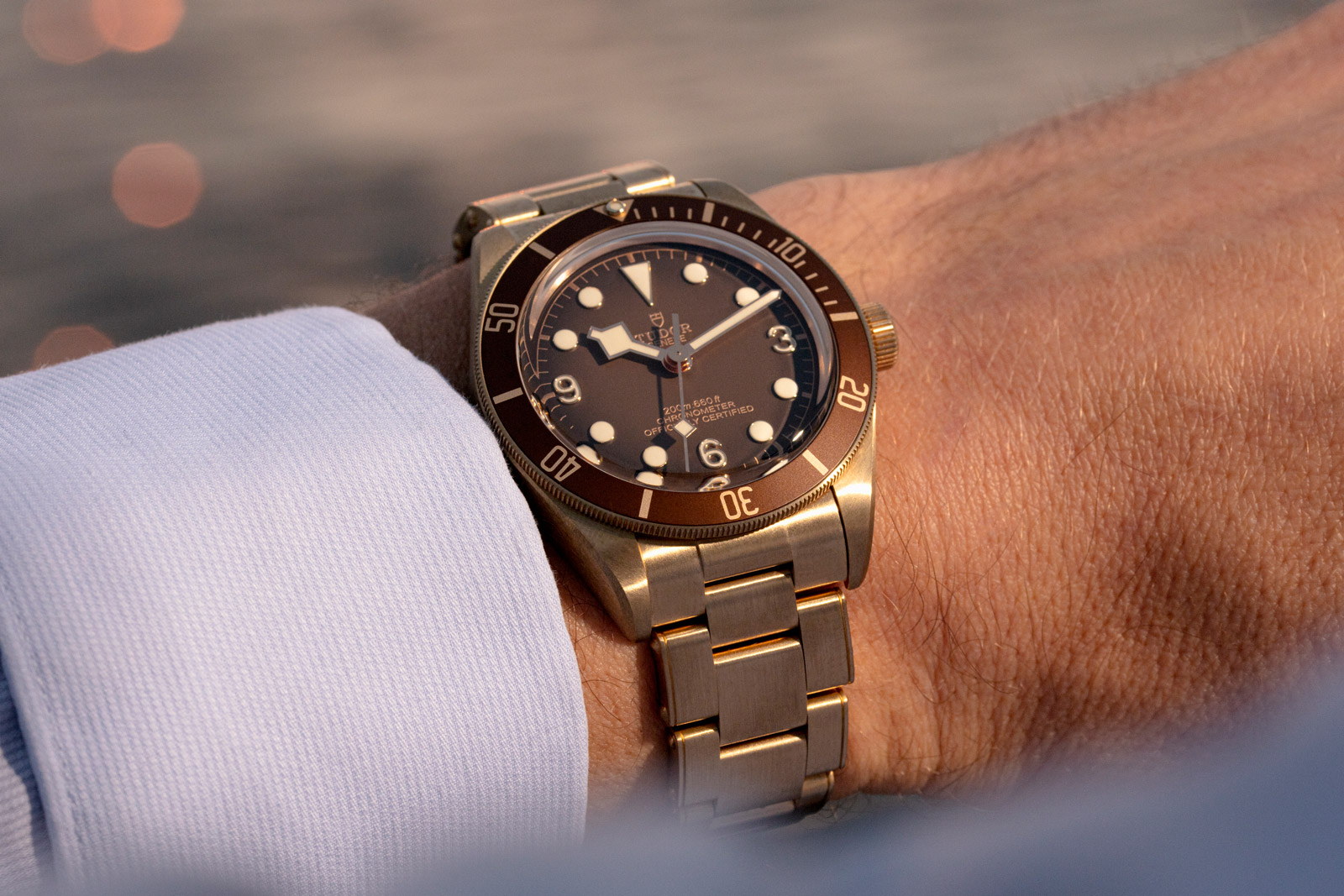 A few features of the Black Bay Fifty-Eight Bronze set it apart from its counterpart in steel. Most obvious are the hour markers, which instead of stick indices are now Arabic numerals at the quarters.

Standard on all of Tudor’s bronze watches, the Arabic numerals gives the dial a livelier appearance – and pay homage to the vintage Rolex Submariner ref. 6200 from the 1950s. 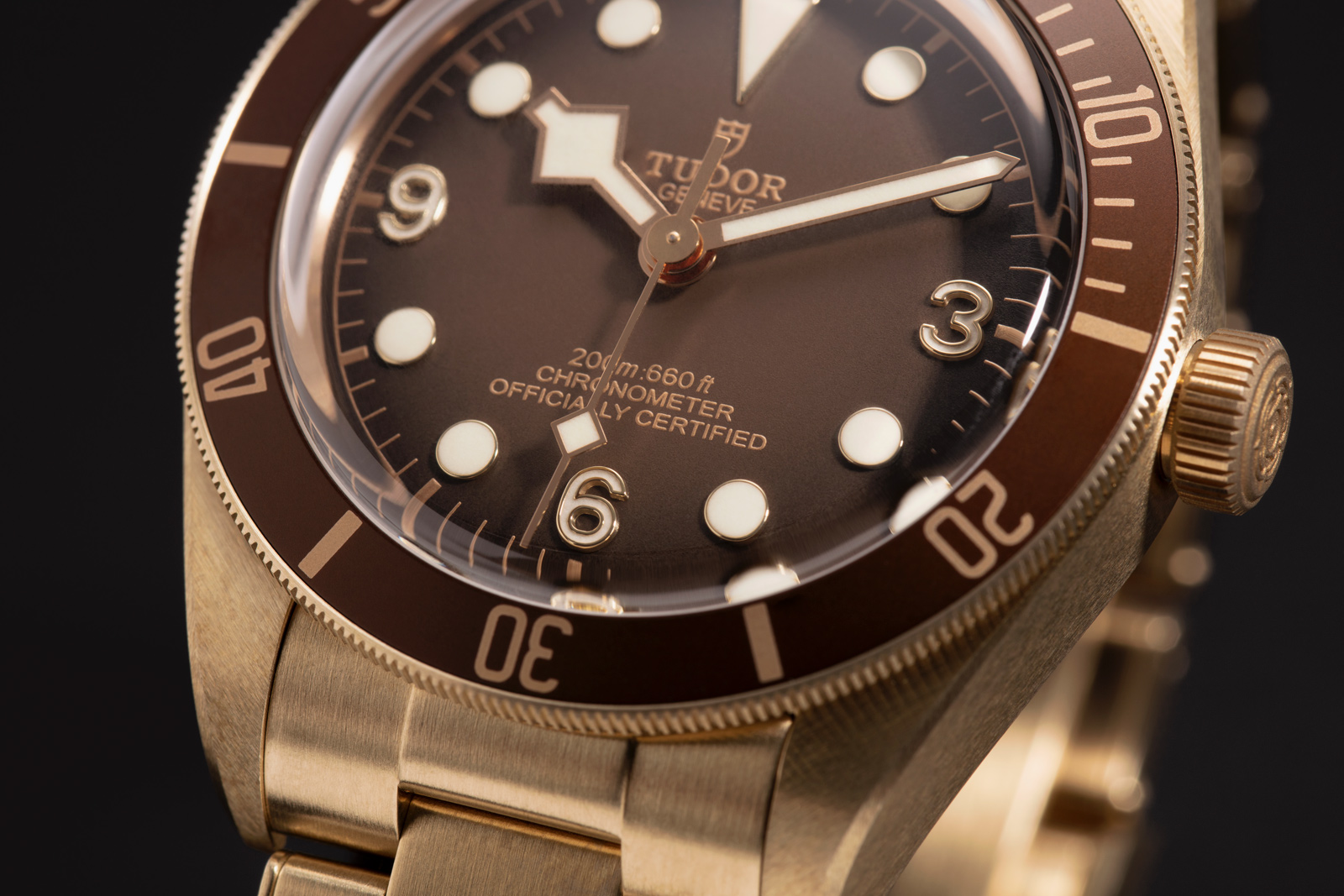 More notably is the fact that this is the first Tudor watch in a coloured metal that has a matching bracelet. In contrast, the Black Bay Fifty-Eight 18k launched earlier this year is only available on a strap.

The continuity in colour and texture from the case to bracelet – in addition to the greater presence of a metal bracelet – is more fitting for a vintage-inspired dive watch. Perhaps the bronze bracelet is a prelude to a gold bracelet for the Black Bay Fifty-Eight 18k. 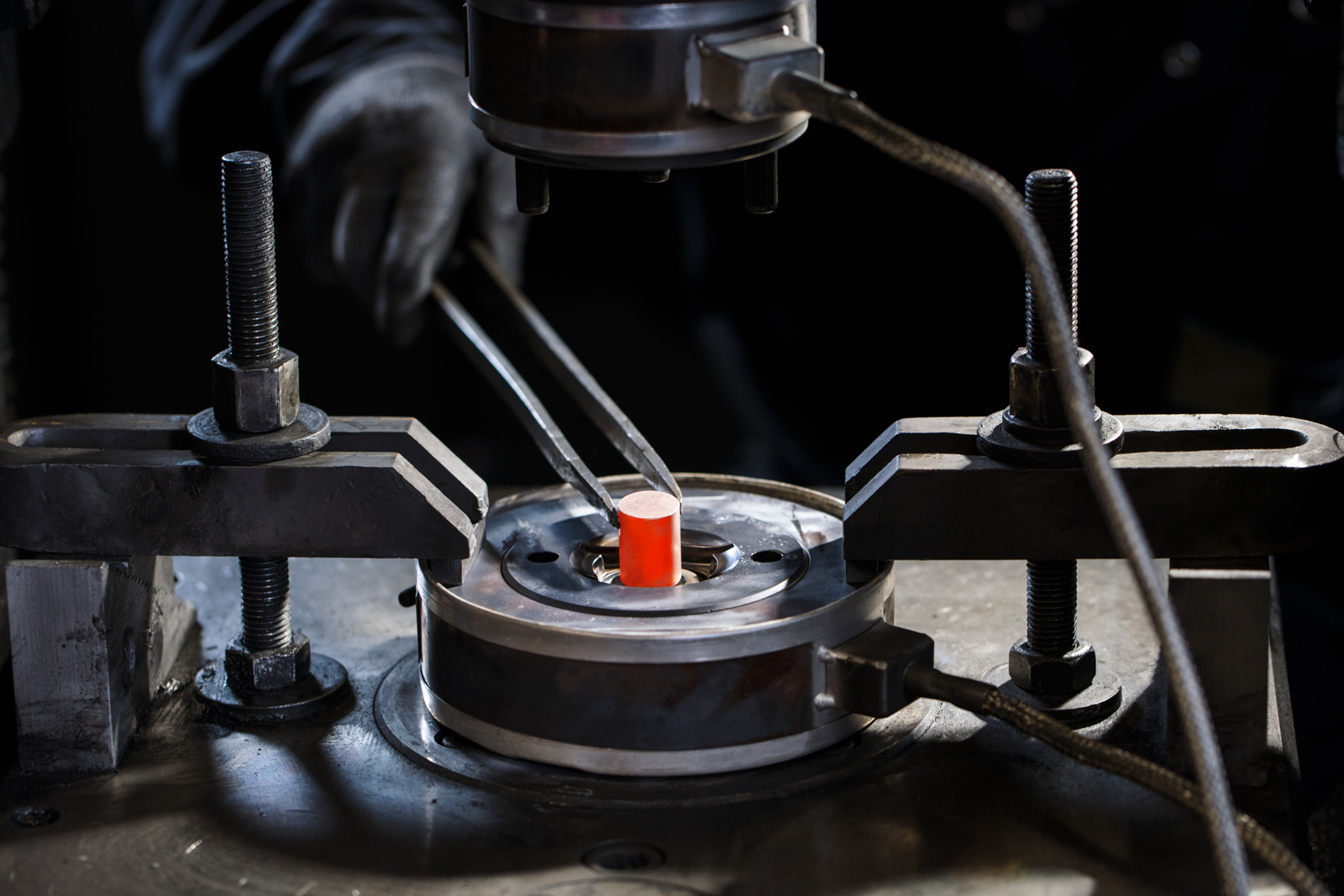 Forging a red-hot bronze bar into a case blank 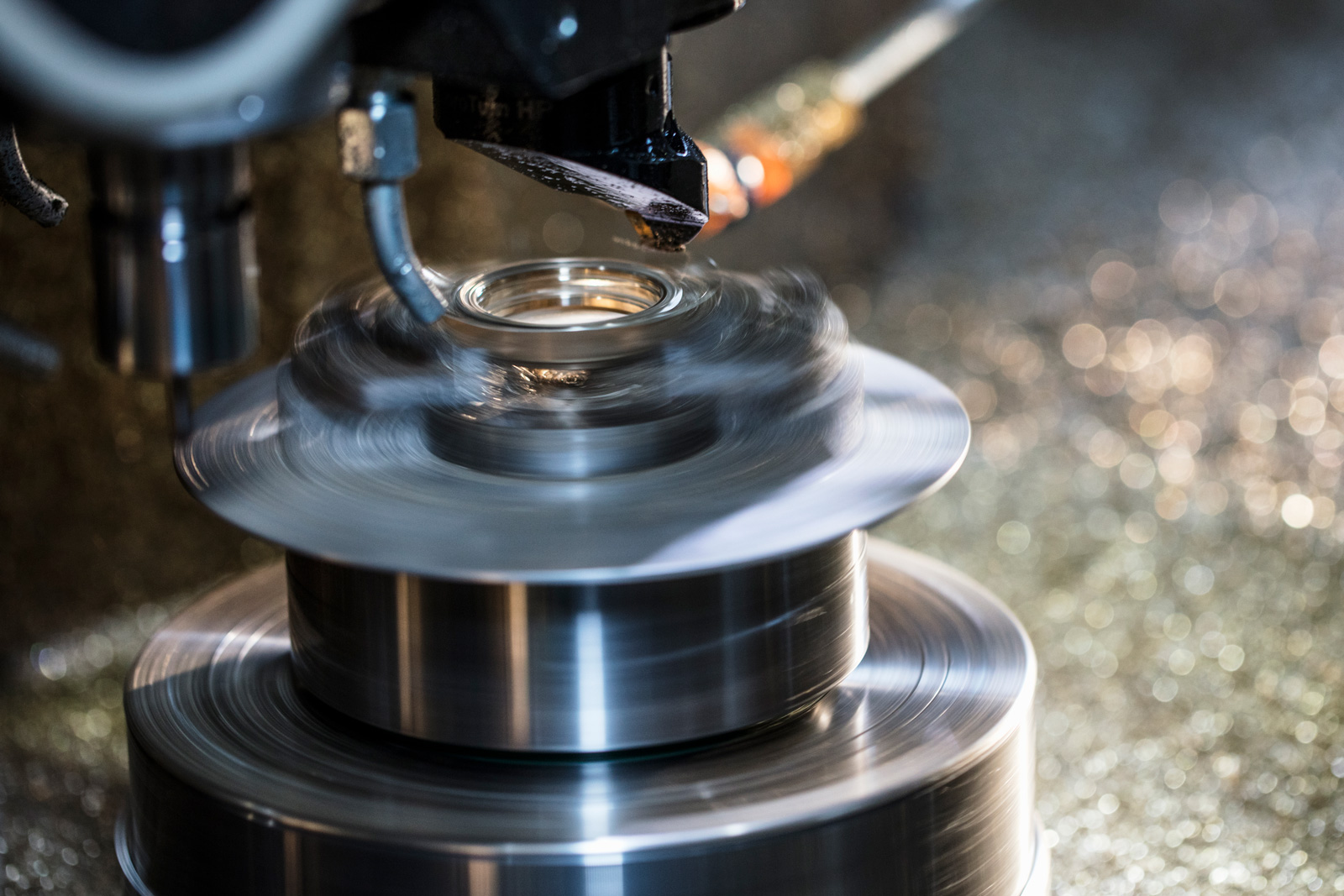 The case blank is then machined, forming it into its final dimensions

And the bracelet is equipped with a clasp that’s all new, inside and out. It has a raised middle section on the outside, eliminating the cut-out just below the safety lock in the shape of the brand’s shield logo.

But the space within the clasp is smartly utilised to house the T-Fit rapid adjustment mechanism, which resembles a simplified version of the Rolex Glidelock extension clasp. The T-fit clasp can be adjusted up to 8 mm each way, in five steps in each direction. 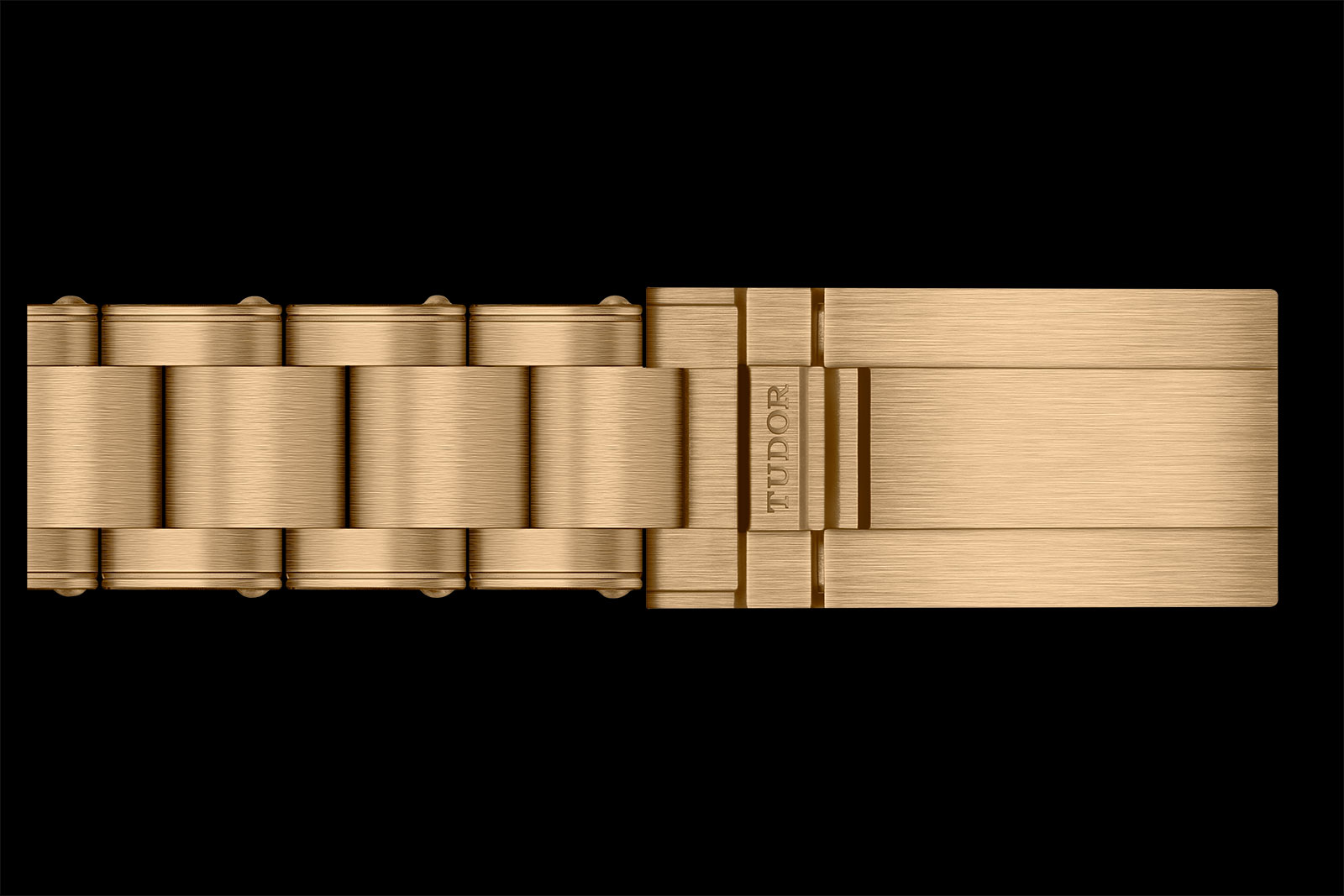