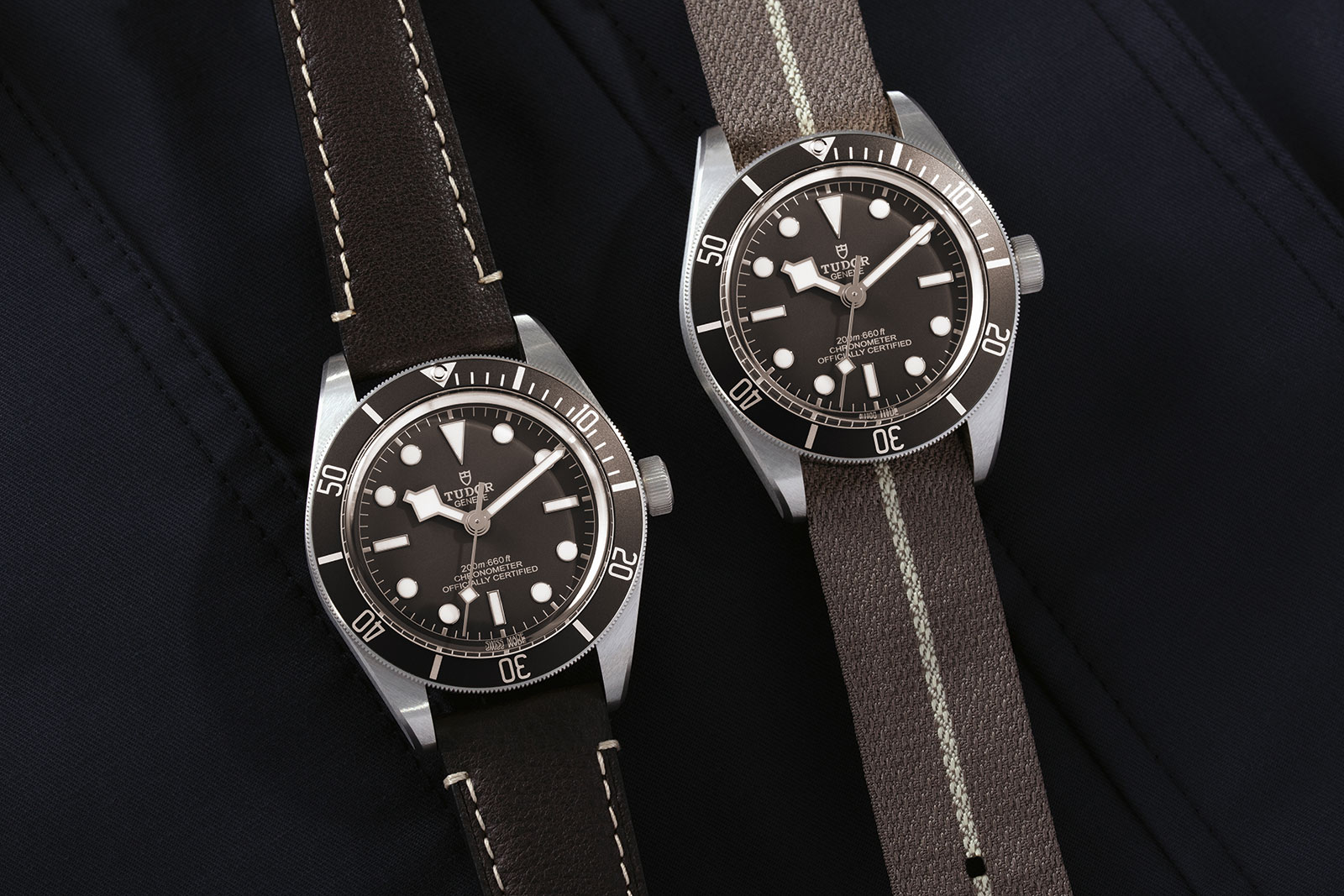 Though a precious-metal case for a “tool” watch seems incongruent, it’s a familiar combination for high-end sports watches. But Tudor has done it differently, with the evocative 925 silver case a perfect match for the Fifty-Eight, which is at heart a vintage remake.

The look of the Fifty-Eight 925 is pure understatement – a low-key yet striking watch that will be recognised only by those in the know. Thankfully, Tudor resisted using faux-aged Super-Luminova on the hour markers and Snowflake hands, a decision that preserves the watch’s clean look. 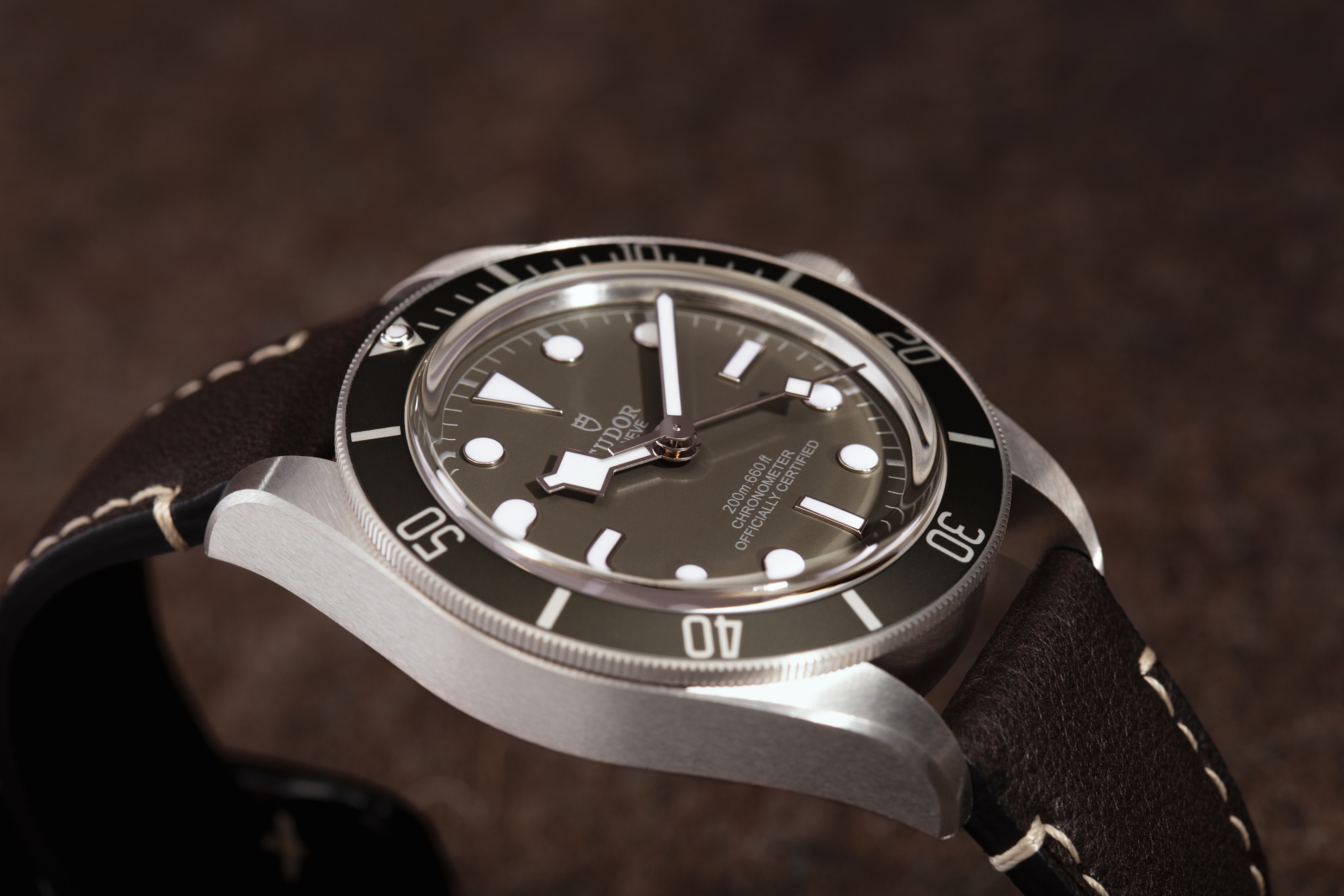 The Fifty-Eight 925 in sterling silver

And the look is clean. The bezel and dial are in taupe – a restrained grey-brown – a versatile colour that is studiedly neutral. Despite the inconspicuous colour – and specifically because of it – the watch is actually quite noticeable on the wrist.

It is vaguely vintage in style, which goes with the soft, silvery colour of the case. Given both the colour and smaller case size, the Fifty-Eight 925 is perhaps the most gender neutral of all the Fifty-Eight models.

Ordinarily sterling silver would be liable to tarnish, which would be quite unattractive on a watch like this. But Tudor promises the silver alloy is formulated such that “use does not affect the appearance of the case”.

The Fifty-Eight 925 is also priced right, with a retail of US$4,700. That’s about US$1,300 more than the standard steel model, which is substantial but justified given the precious metal case. 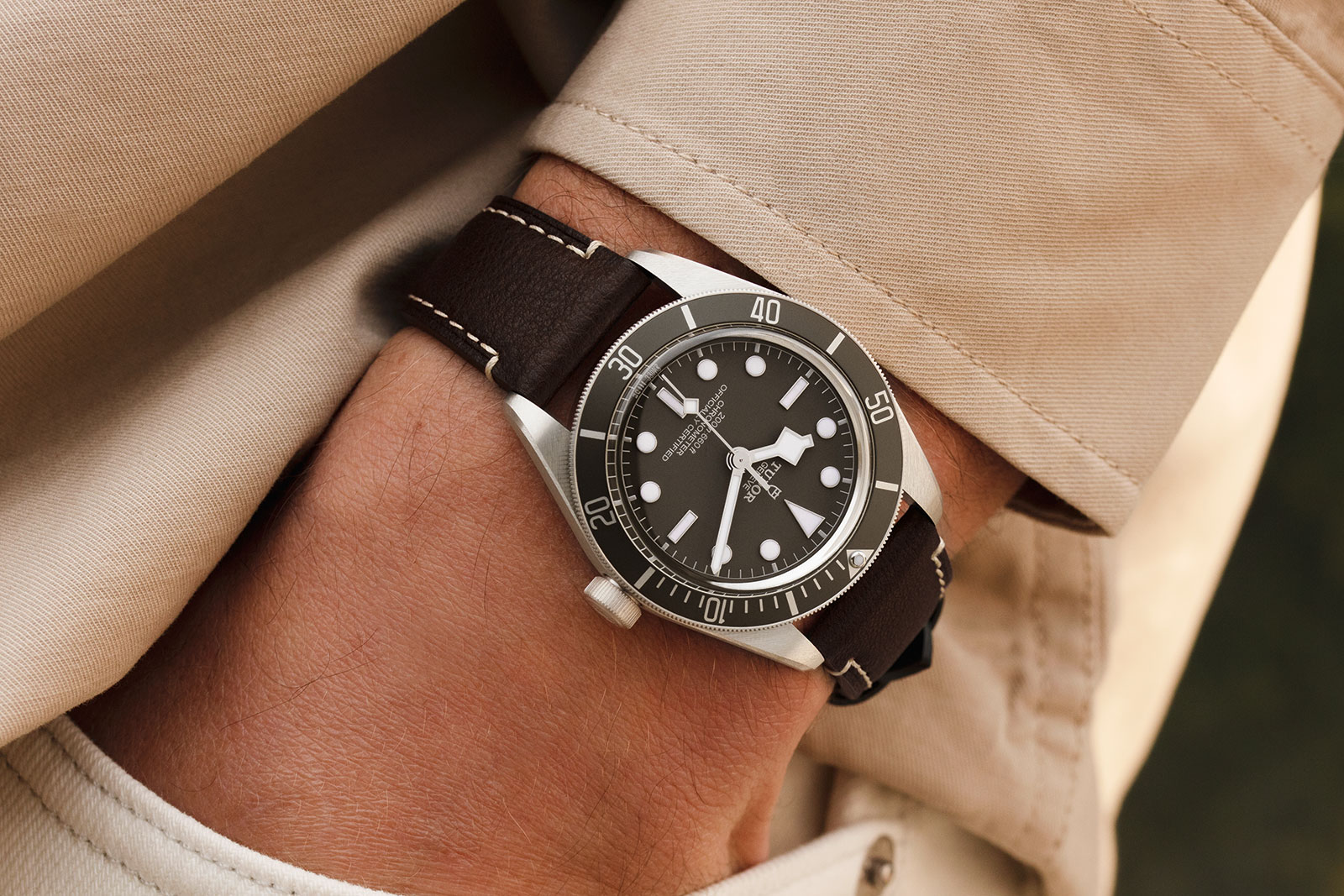 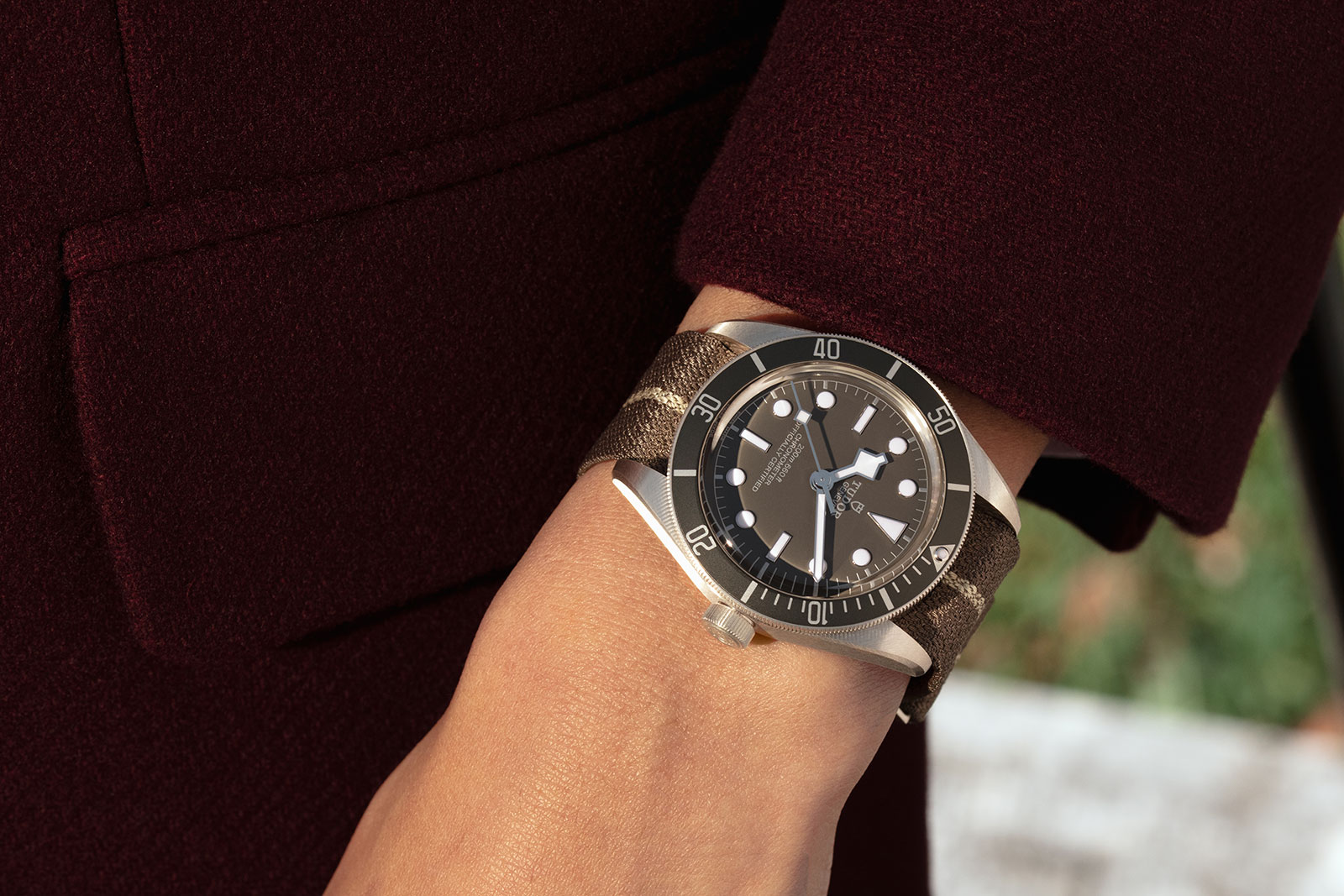 The Black Bay Fifty-Eight 1925 is the first Tudor dive watch in silver, though Tudor did produce silver-case watches in the early decades of the 20th century.

It’s made of a proprietary alloy with a secret composition, though it is probably silver mixed with copper, and possibly germanium, tin, or silicon, as most tarnish-resistant silver alloys are.

The 39mm case is entirely satin finished, including the transitional bevel between the case flanks and the tops of the lugs that’s polished on the steel models. 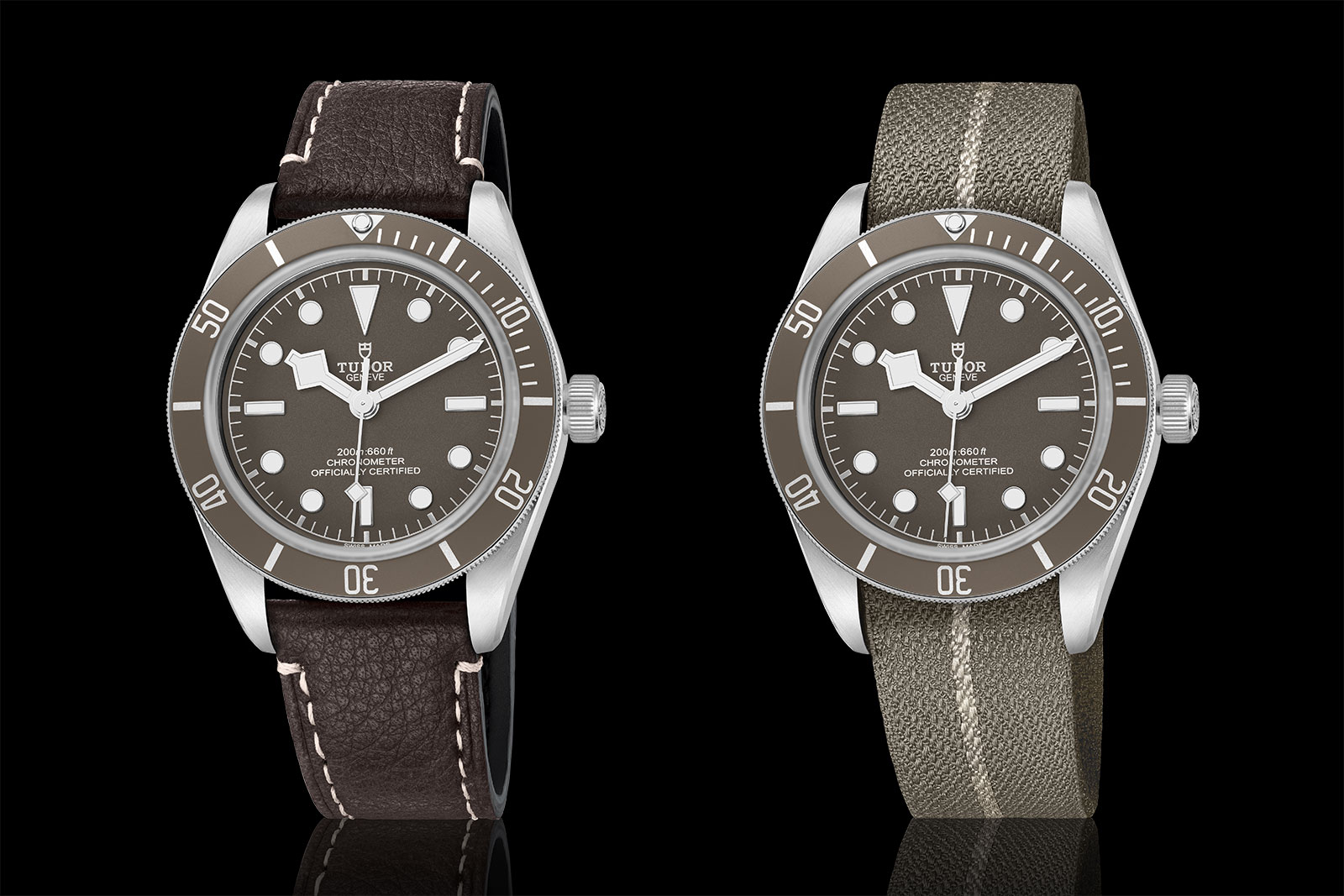 Besides the case material, its construction is also unusual.

The in-house MT5400 is visible through the sapphire case back – something almost never found on past Tudor watches, save for the North Flag and Black Bay Ceramic One “Only Watch”.

Though the calibre is plainly finished in an industrial style, it is a compact movement with all the features expected in an excellent modern movement, including a free-sprung balance and a longish, 70-hour power reserve. And it also features a non-magnetic silicon hairspring, along with a promised daily rate of within -2/+4 seconds per day. 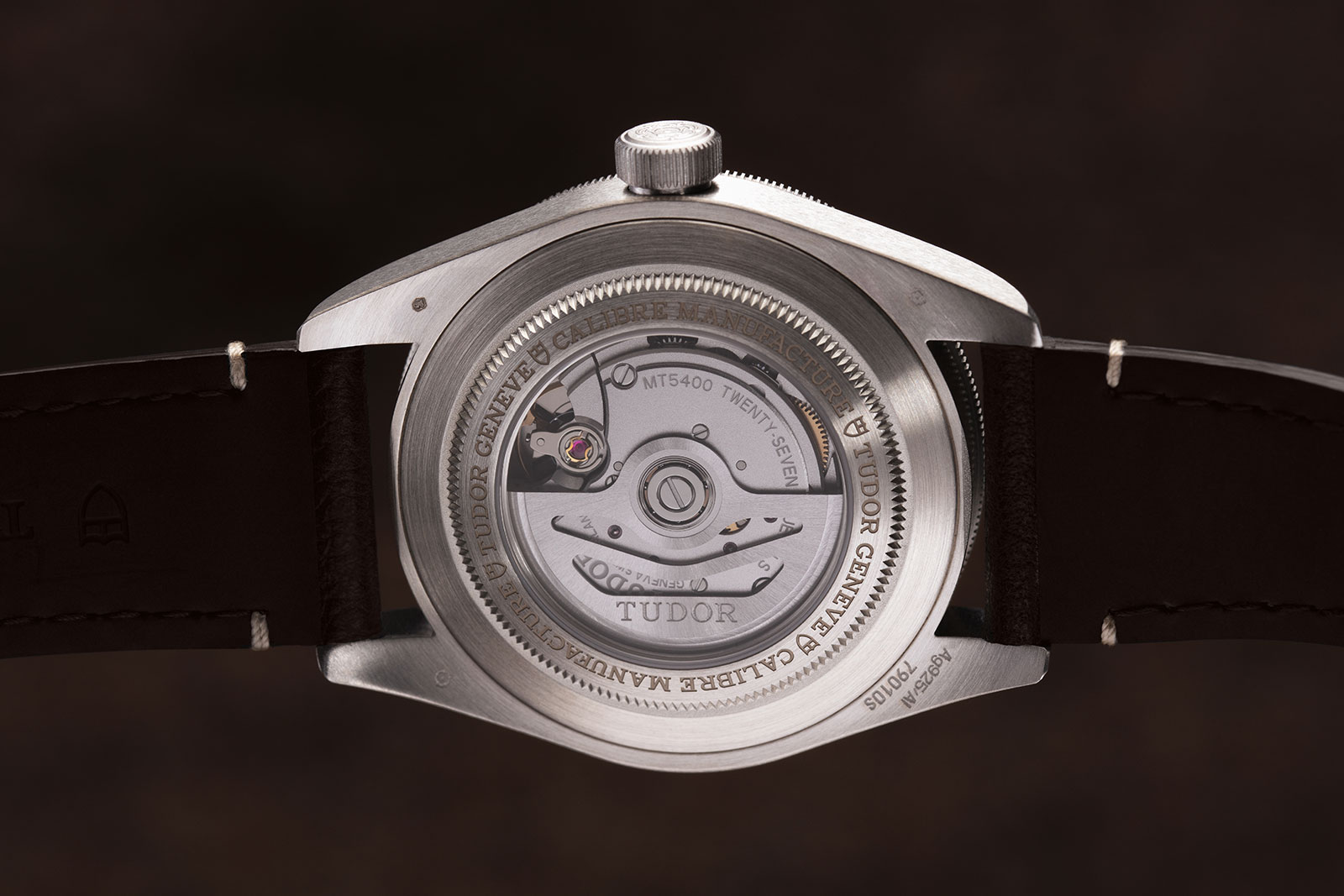 The MT5400 in the Fifty-Eight 925 is a variant of the MT5402 found in the steel Fifty-Eight, but with a larger base plate, presumably because of thinner case walls in order to optimise the weight of the silver case, since sterling silver is about 40% denser than steel.

Availability: Already at boutiques and authorised retailers
Price: US$4,300; or 5,904 Singapore dollars