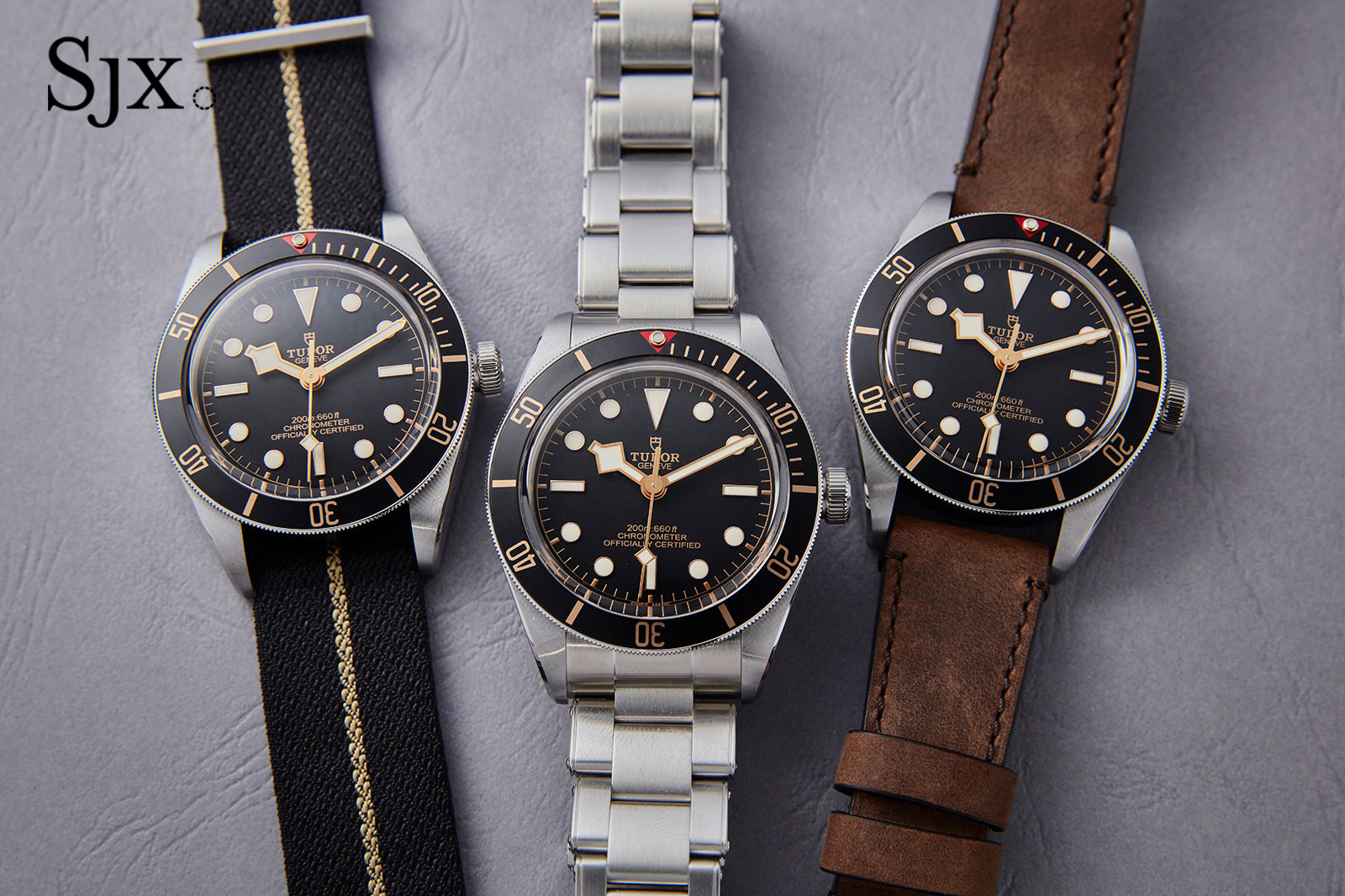 Named after Tudor‘s first dive watch, the ref. 7924 launched in 1958, the Black Bay Fifty-Eight is what traditionally minded aficionados have been hoping for – a trimmer, sleeker Black Bay.

The original Black Bay, much beloved and Tudor’s bestselling Heritage model by a large margin, is vintage-inspired but distinctly modern in dimensions, 41mm in diameter and sitting high on the wrist, making it is a big watch.

The Black Bay Fifty-Eight moves decisively in the other direction. While keeping its signature design elements like the polished bevel on the lugs, the case is 39mm in diameter and thinner than the original Black Bay, at just 11.9mm high, compared to over 14mm for its bigger brother. When juxtaposed against the 41mm Black Bay, the smaller case feels almost elegant. Not just downsized, the case has slightly tweaked proportions, with narrower lugs that complements the retro style. To match the case, the “rivet” bracelet that’s standard for the Black Bay diver has been downsized, but keeps the same vintage look (but modern, solid link construction with the “rivets” being inserts on the sides of the links). The unfussy feel continues with the straightforward steel crown tube, which replaces the coloured crown tube that’s standard on the larger Black Bay. Another new feature, which is also found on the other new Black Bay models, is the relief logo on the crown, replacing the earlier engraved and lacquered logo The crystal stays sapphire with a modest dome, while the bezel has a red triangle marker at 12 o’clock.

More unusual are the rose gold-tone markings on the bezel, a novel touch that feels surprisingly vintage despite being an entirely modern invention. That is matched with rose gold markings on the dial which has the same matte, grained finish of the original Black Bay. The rose gold dial markings create a surprisingly optical effect: though the Super-Luminova on the hands and dial is an off-white, or even ivory tone – it’s the exact same shade as on the Pelagos LHD in fact – the lume appears flat white against the rose gilt hour markers and hands. That is a good thing, because the retro looks does not feel like an affectation. Perhaps the only drawback of the smaller size is the fact that the logo and text on the dial, and also the hands, are essentially identical to that of the 41mm Black Bay, which leaves them appearing comparatively larger.

More significant than the stylistic features is the fact that the Black Bay Fifty-Eight is equipped with a brand new calibre, the MT5402. It is not merely one of Tudor’s larger movements with resized base plate, the MT5402 is a whole new calibre that is substantially smaller. One of the rare few smaller movements that were recently developed – uncommon since watches have trended larger – the MT5402 is 26mm, or 11.5”’, the same size as the workhorse ETA 2892. But the MT5402 is thicker at 4.99mm, and as highly spec’ed as Tudor’s larger movements.