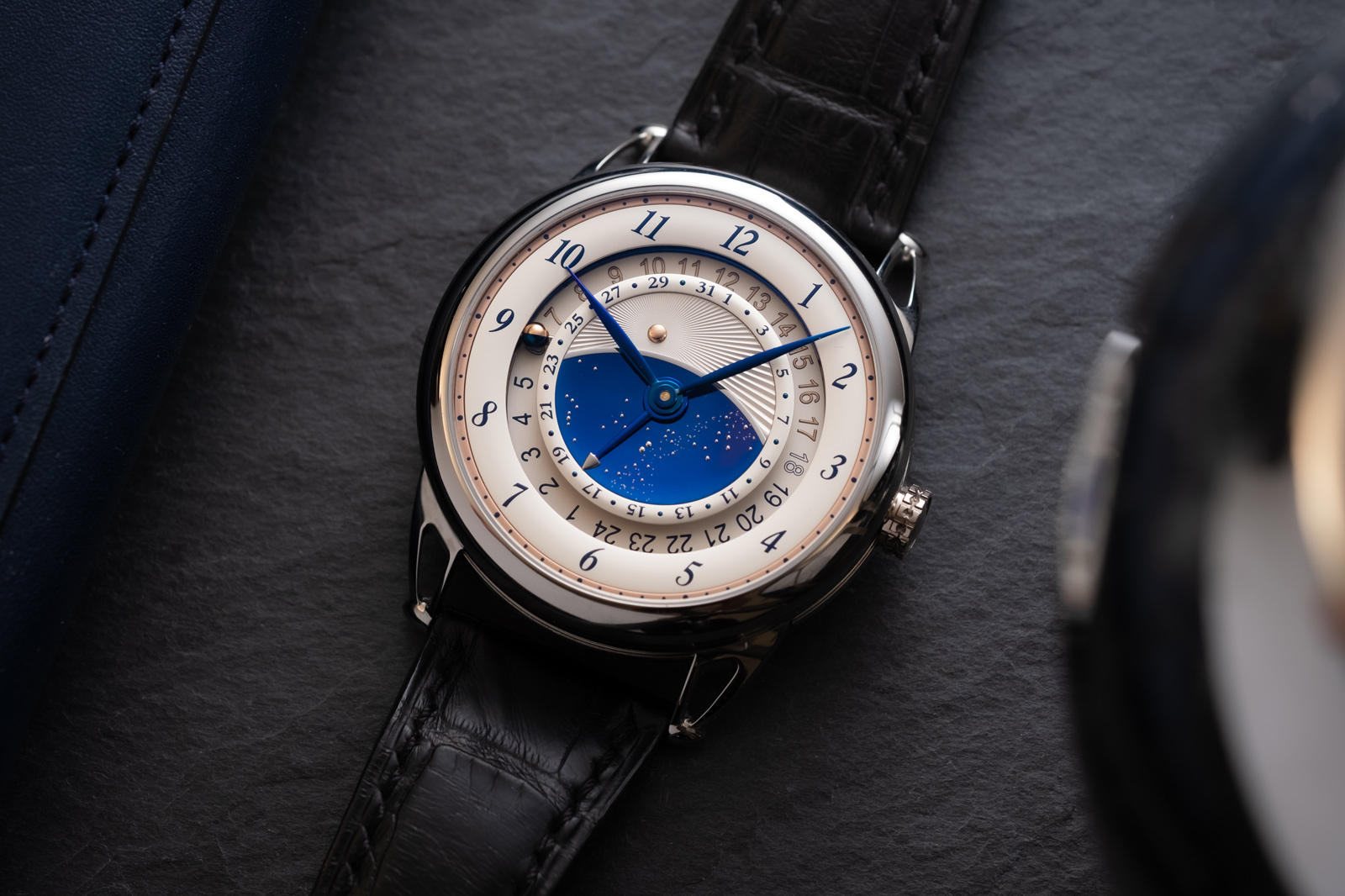 While the pandemic is not entirely in the rearview mirror yet, international travel is recovering slowly but surely, so De Bethune’s latest arrives at an opportune time. The DB25GMT Starry Varius is a gently updated version of its dual time zone wristwatch – smaller, thinner, and lighter than the original, while also sporting the brand’s trademark “Starry Night” dial.

More classical than the brand’s best-known models like the DB28 or DW5, the DB25GMT nonetheless incorporates details that are quintessentially De Bethune in addition to the celestial motif dial, helping it stand out amongst dual-time watches. 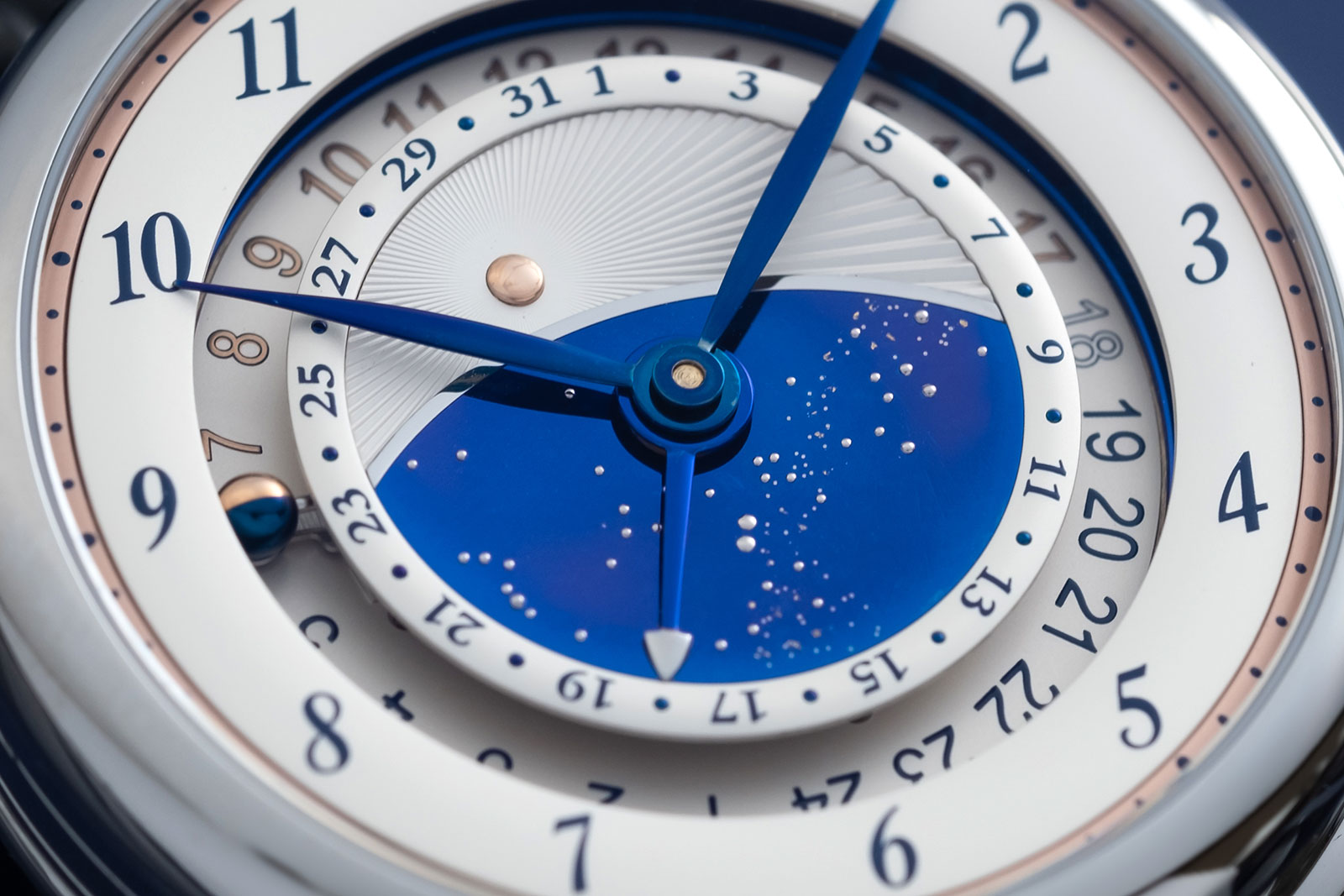 If money was no object, the first watch I would buy is my “grail”, the De Bethune DB25 Starry Varius Tourbillon. It has an ethereal quality and technical innovations that capture both the mind and heart. Unsurprisingly, I love the DB25GMT Starry Varius, which has a similar style but is more practical.

The star-studded dial is a modest upgrade, but one that significantly improves the aesthetics of the brand’s original dual time-zone watch that was launched in 2016. Matching it with a travel-time complication makes sense as a historical reference, since explorers once depended on the stars for navigation – making the design feel like a match made in heaven (pun intended). 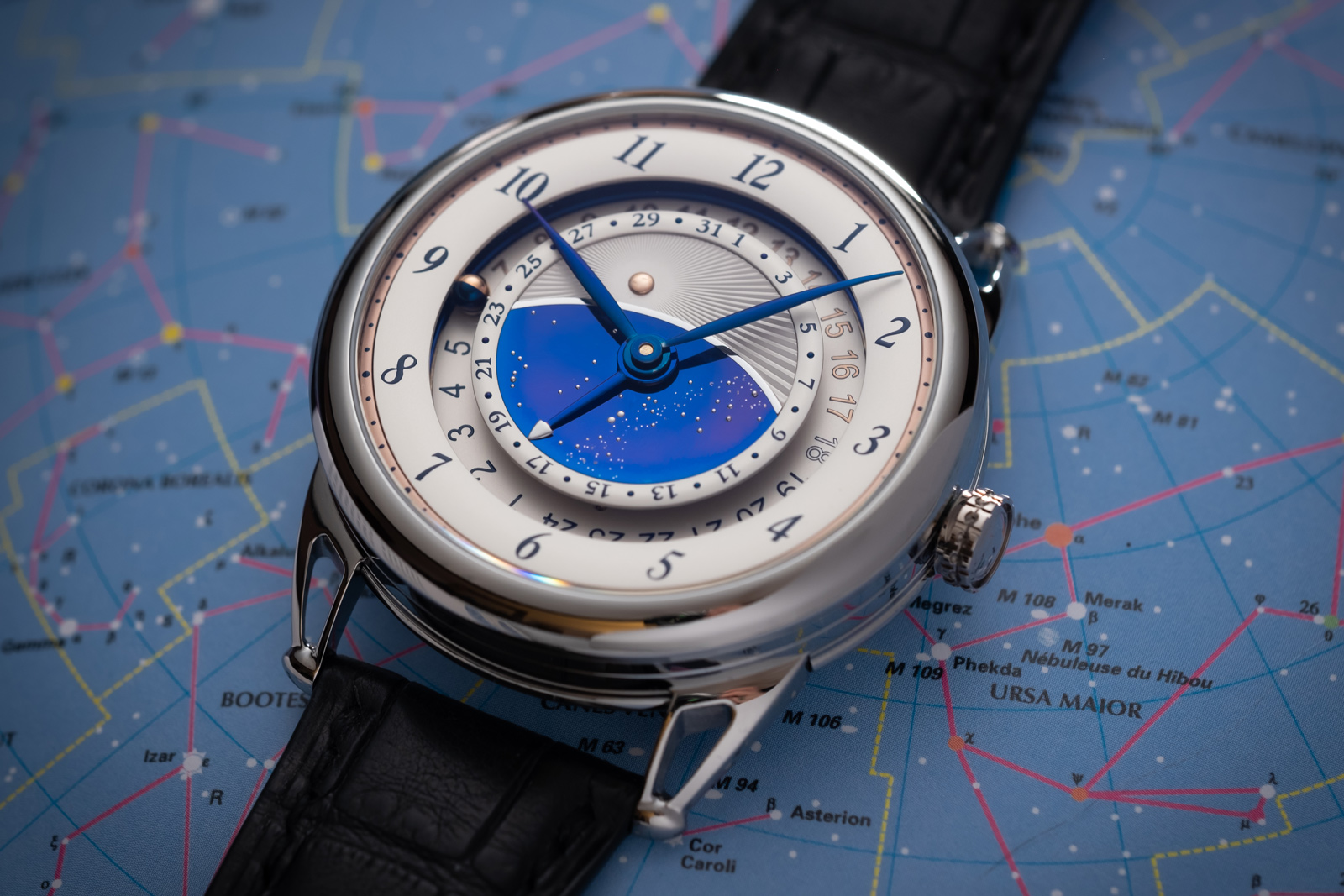 The multiple-part dial gives the watch visual depth despite the clean layout, certainly making it one of the most captivating travel watches.

But the new dual time zone isn’t just a pretty dial. Functionally it is identical to the brand’s earlier dual time zone watch, having an unusual second time zone display and a jumping date pointer, both smartly executed to blend in perfectly with the design. 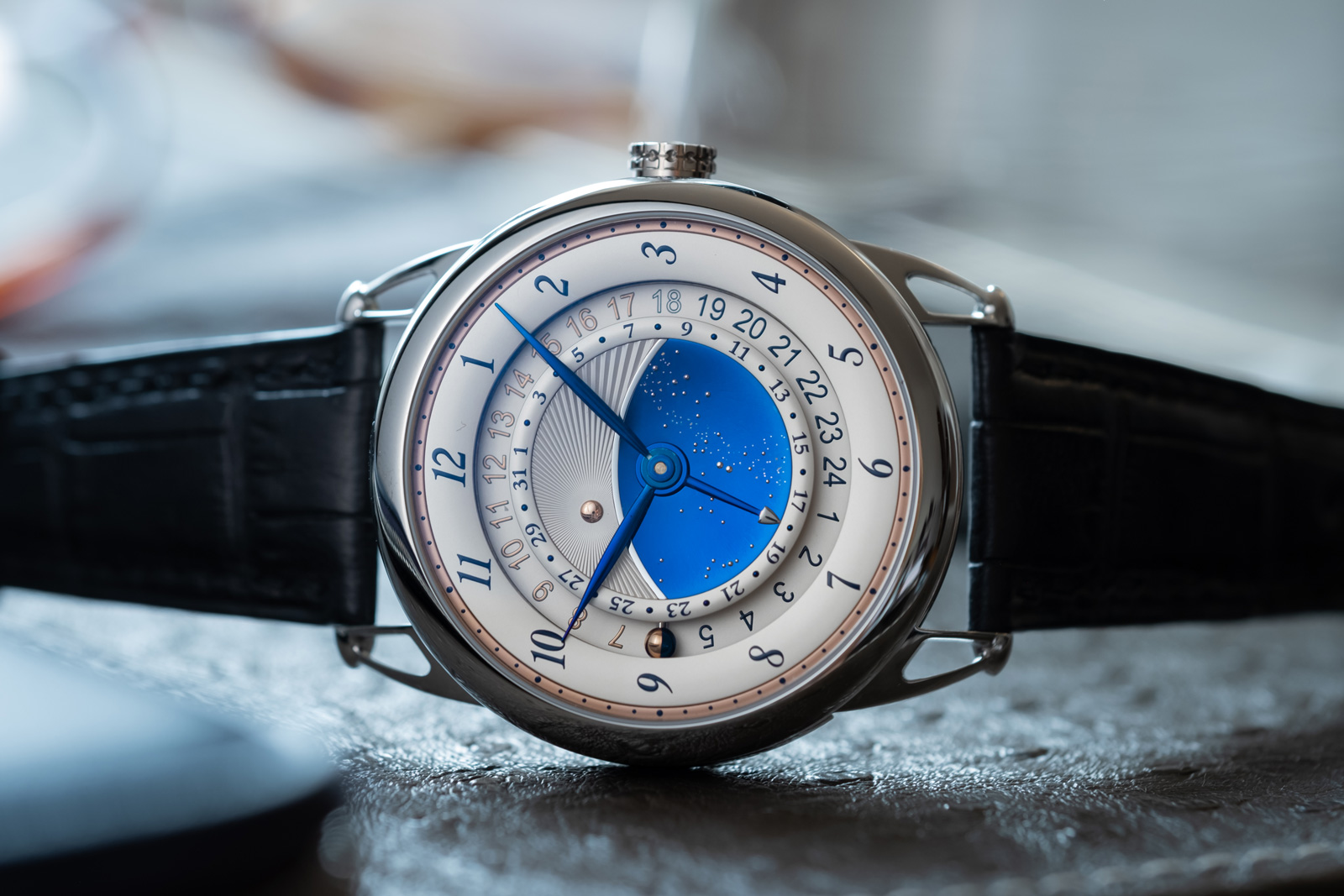 Despite the three-dimensional display, the DB25GMT remains wearable at 42 mm and just 11.8 mm high, or around 2 mm slimmer than the previous iteration – compact by De Bethune’s standard.

Priced at approximately US$105,000, the DB25GMT costs 30% less than the preceding DB25 World Traveller, which was in gold, explaining part of the price disparity. Still, the DB25GMT is a compelling buy as exotic travel watches ago. Playing the starring role on the dial, literally, is the cosmic horizon at its centre, which is made up of two parts. Together, the two halves are “poetic vision of our sky by day and by night” according to De Bethune.

The lower half is the “Starry Varius” that evokes the cosmos, with gold spheres embedded on a blued titanium base. More unusual is the upper half, which incorporates a pink gold sphere as the Sun that’s set into a radially textured crescent. 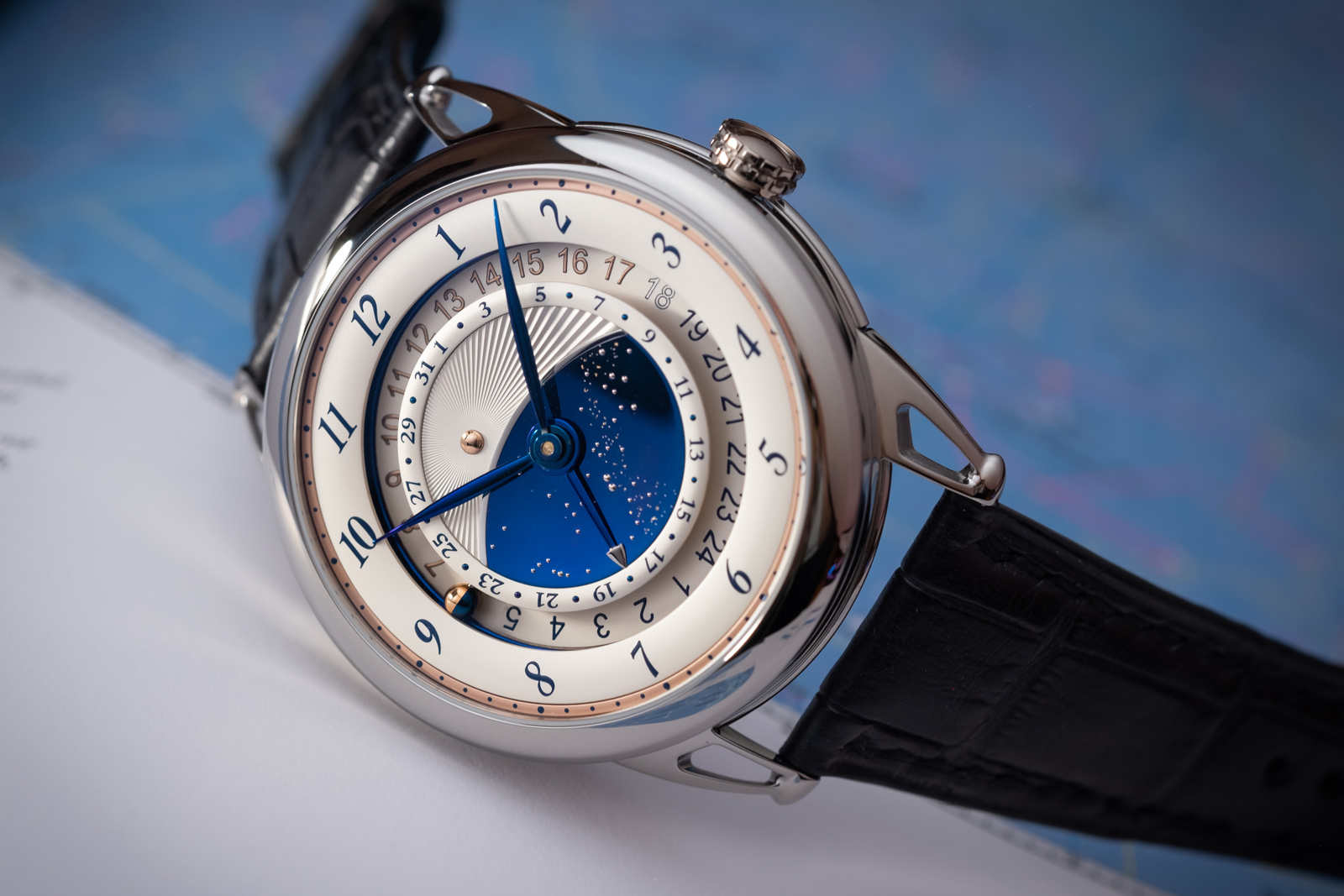 The technical highlight of the watch, however, is the second time zone display that’s both innovative and elegant.

A discrete sphere travels along the recessed, home-time track along the dial, indicating the second time zone while also doubling up as a day-night indicator. The numerals on the upper half of the home-time track are printed in gold, while those on the bottom half are blue, denoting day and nighttime respectively. 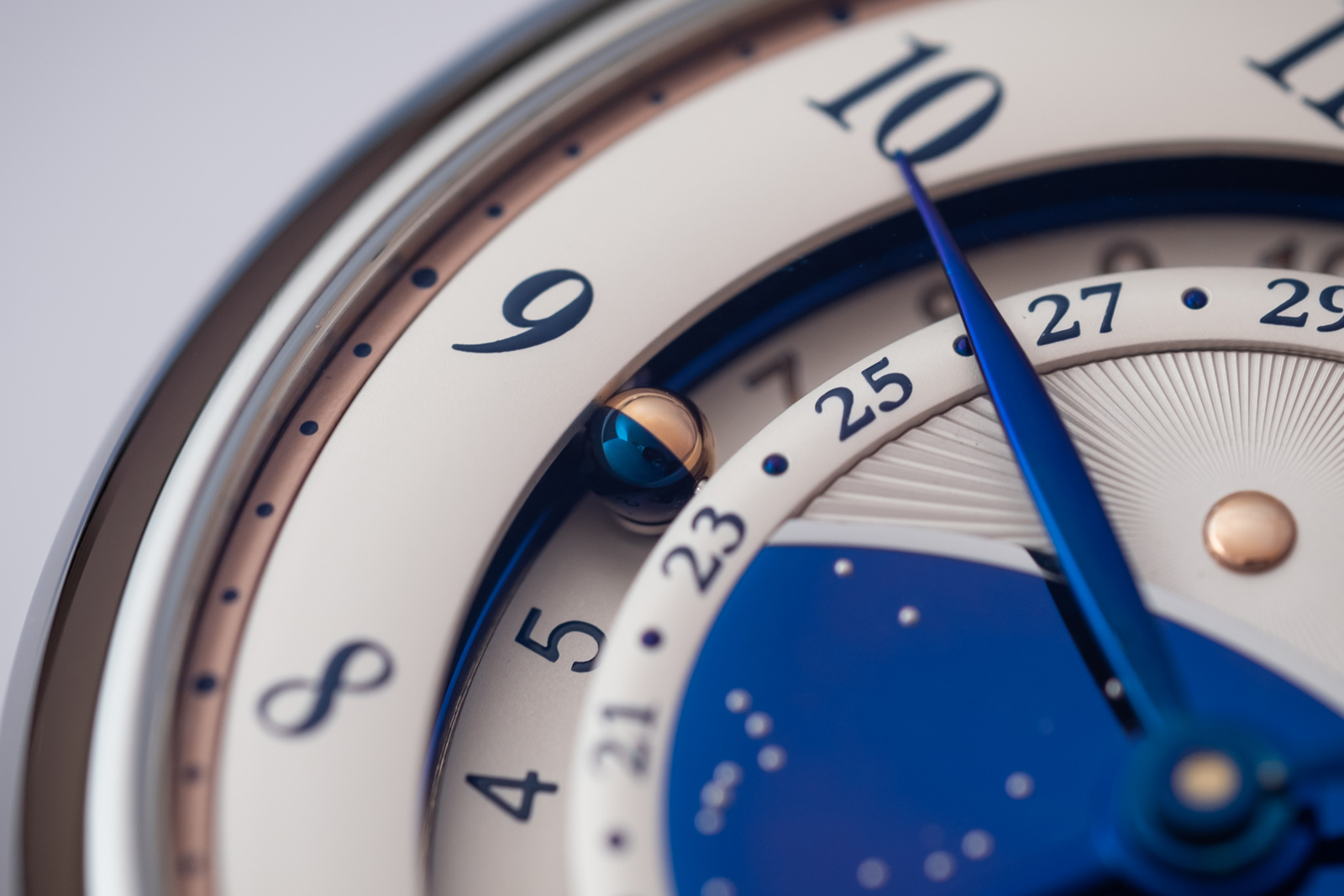 Simultaneously, the second time zone sphere illustrates day or night for the local time zone. It is made up of two halves in pink gold and blued steel. The blued steel half will face upwards at night, and the pink gold half during the day. And the sphere makes a gradual rotation twice a day at 6 am and 6 pm, approximating sunrise and sunset times. 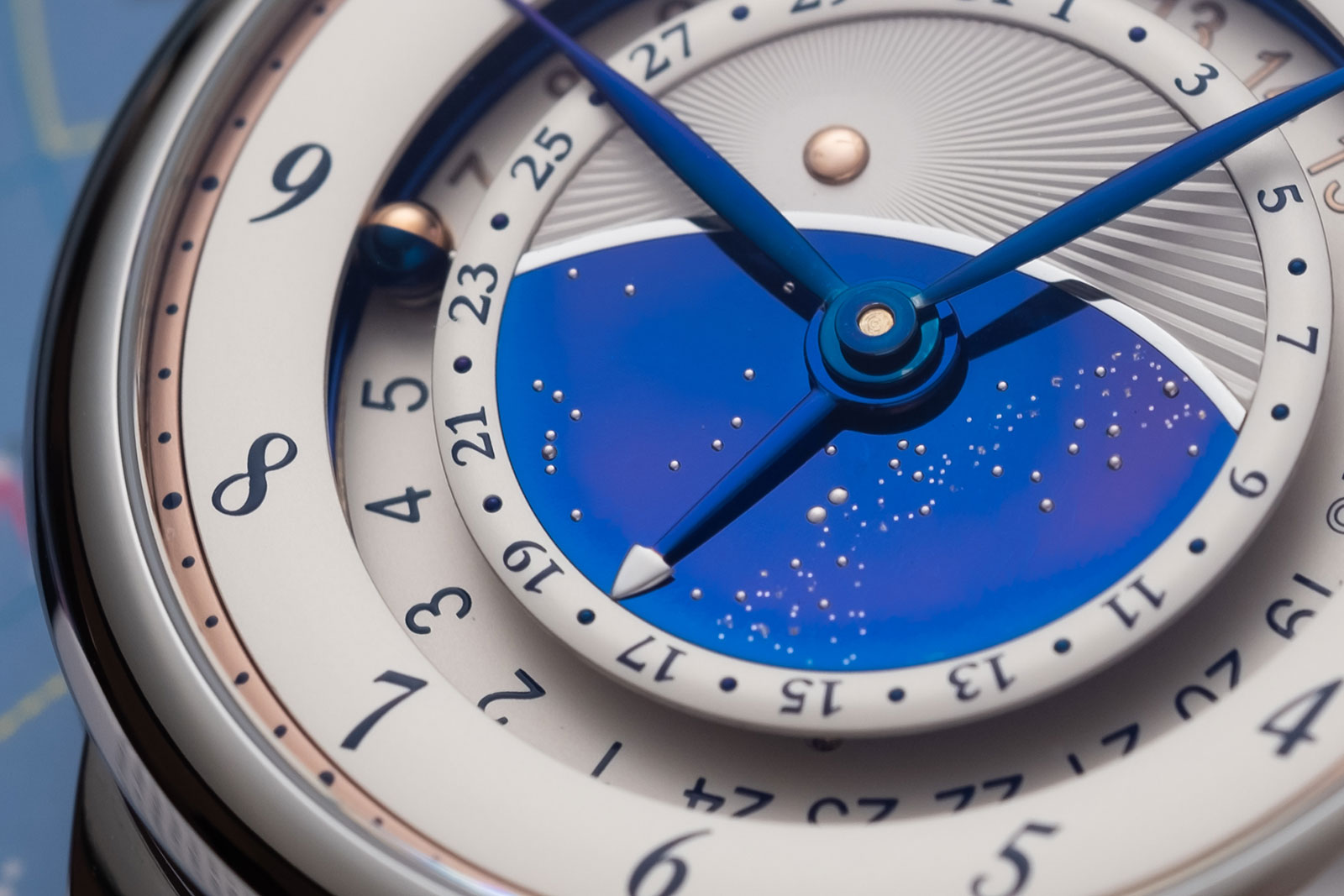 Also unusual is the date, which is indicated via a jumping hand of blued steel, bringing to mind vintage calendar watches

Inside is the manual-wind cal. DB2507, essentially a slightly modified version of the cal. Db2547 found in the previous version.

The DB2507 has all the bells and whistles of a De Bethune movement, including a patented, blued titanium balance wheel with white gold weights, and an impressive five days of power reserve thanks to twin barrels. Visually, the movement is classic De Bethune. It sports a large, delta-shaped barrel bridge that is mirrored polished, except for a central portion engraved with a pattern inspired by Cotes de Geneve.

And above the balance wheel, the blued steel, triple pare-chute shock absorber stands out with its wide, inverted V-shape echoing the barrel bridge. 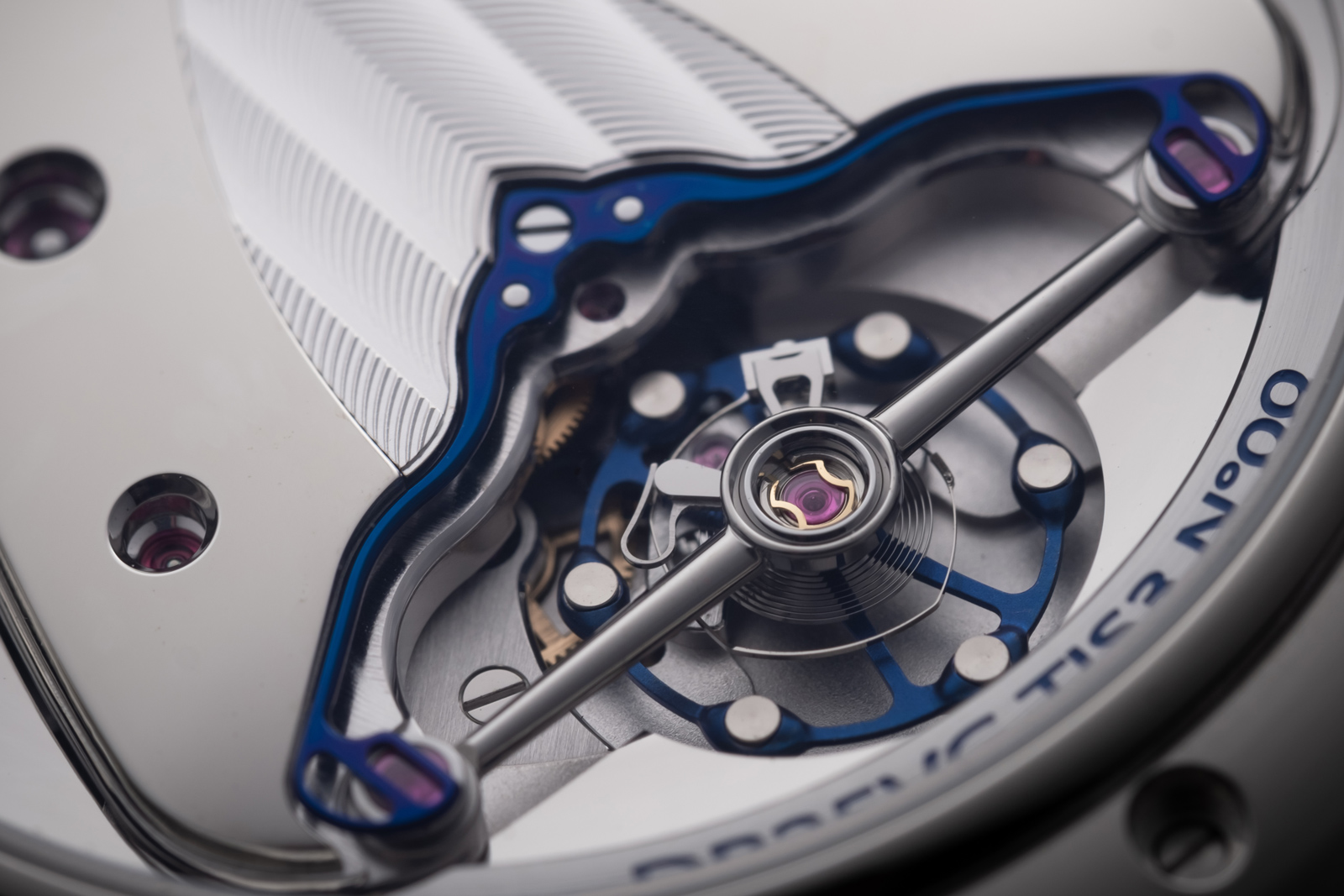 Availability: Now from De Bethune and its authorised retailers
Price: 95,000 Swiss Francs, equivalent to about US$105,000