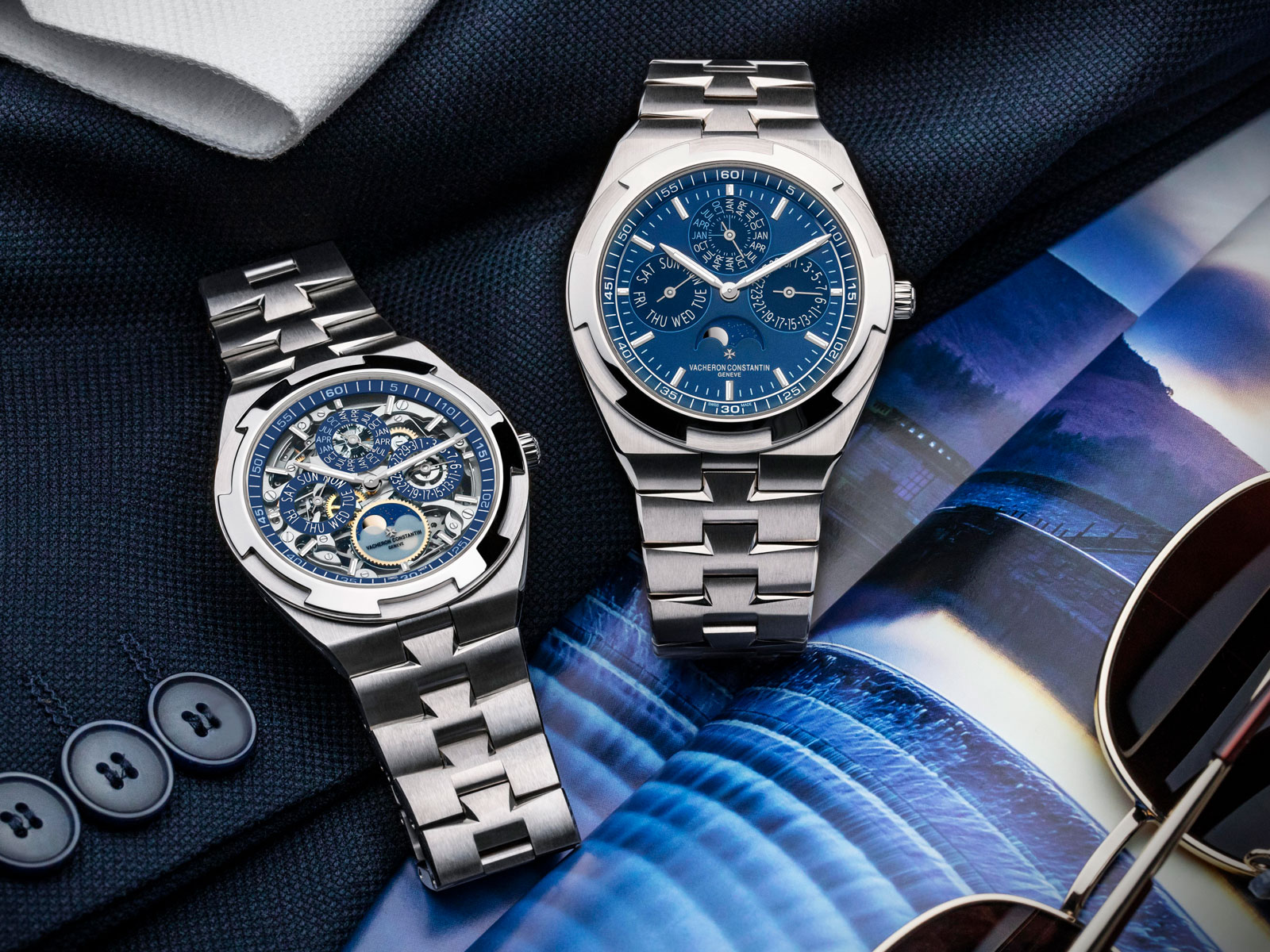 The style du jour in luxury watches today, the integrated-bracelet sports watch – exemplified by the Nautilus and Royal Oak – describes many of the most desirable watches today. Though a newcomer relative to its peers, it would be remiss to look past the Overseas, which is as thin, distinctive, and finely finished. 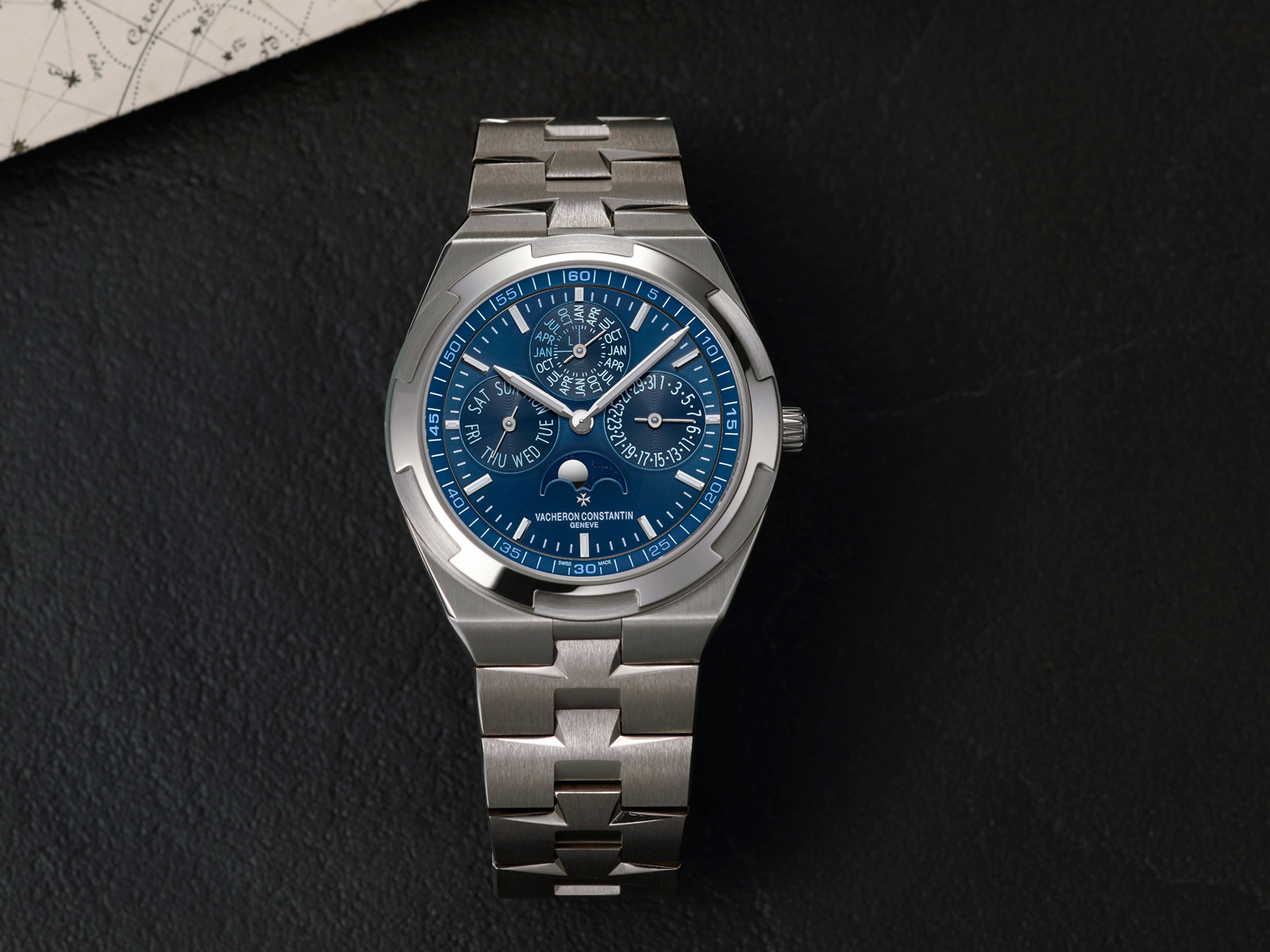 Both watches aren’t new – the Overseas Perpetual Calendar Ultra-Thin was first introduced in 2016, while the skeleton variant was launched last year. The novelty is merely the new colour, as well as the white gold case for the skeleton model (which was previously only available in pink gold).

Compared to the previous iterations, the new blue-and-white-gold combinations give the two watches a modern, understated aesthetic that makes them perhaps the most attractive models in the entire Overseas line.

My pick of the pair is the skeleton model, which eminently striking, with its open-worked aesthetic – with all the intricate mechanics on display – elevating the look to another level. 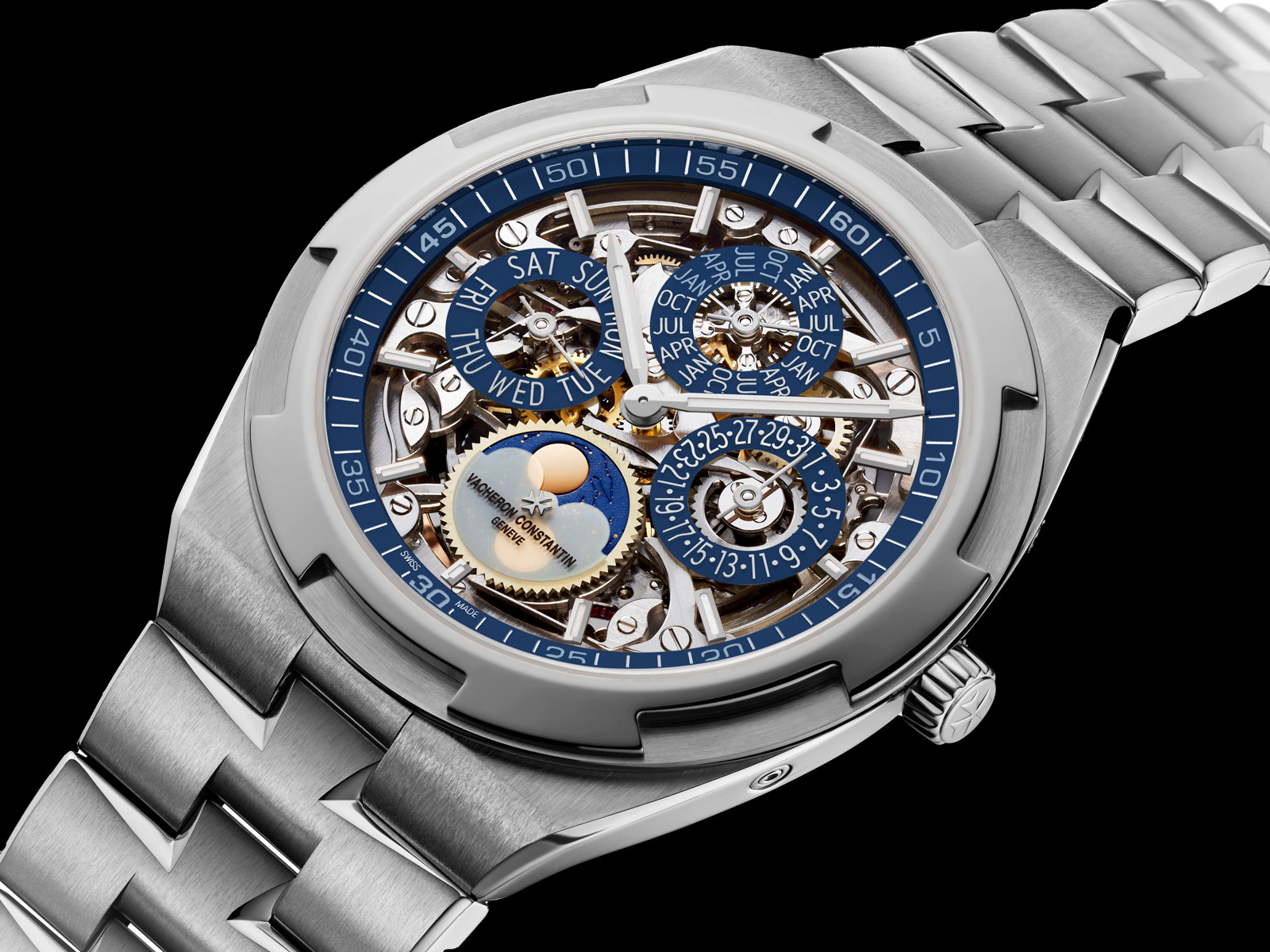 My pick would be the skeleton model

Both new models are priced about 10% more than their predecessors in pink gold, which is more or less in keeping with the industry norm of pricing white gold slightly high (due to ostensibly higher cost of manufacturing due to hardness and the necessity of plating).

The increase for white gold is modest, but both watches are still cost a lot of money. It’s impossible to label either a value proposition, although they are pretty good value in the luxury-sports perpetual-calendar segment.

The most obvious alternative to the Overseas Perpetual Calendar Ultra-Thin is the Audemars Piguet Royal Oak Perpetual Calendar, which is also available in a skeletonised execution. Between the two, the movement finishing of the Royal Oak is slightly better, and it feels sportier on the wrist, being slightly thicker. On the other hand, the Overseas is more elegant and sophisticated, in part due to its thinner profile, which allows it to sit sleeker on the wrist.

The standard model is equipped with a lacquered blue dial finished with a sunburst brushing, allowing it to catch the light magnificently, accentuating the polished facets of the case and bracelet. Although the blue dial is identical to that found on the pink gold model, this iteration with white-gold markers and hands is the best-looking yet. 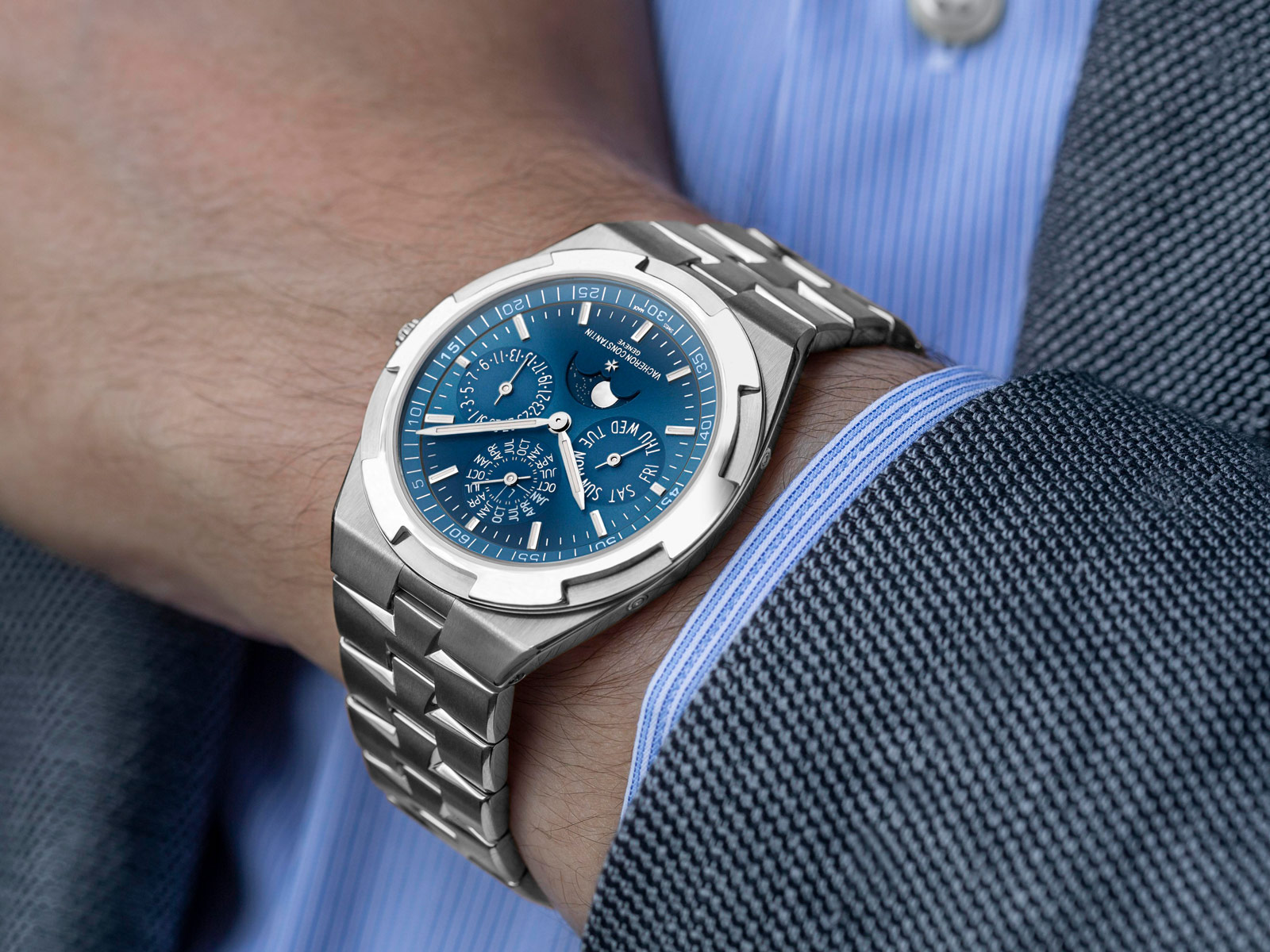 The skeleton model is lightly accented in blue, with its counters and minute track made striking than on the pink gold model with white accents. 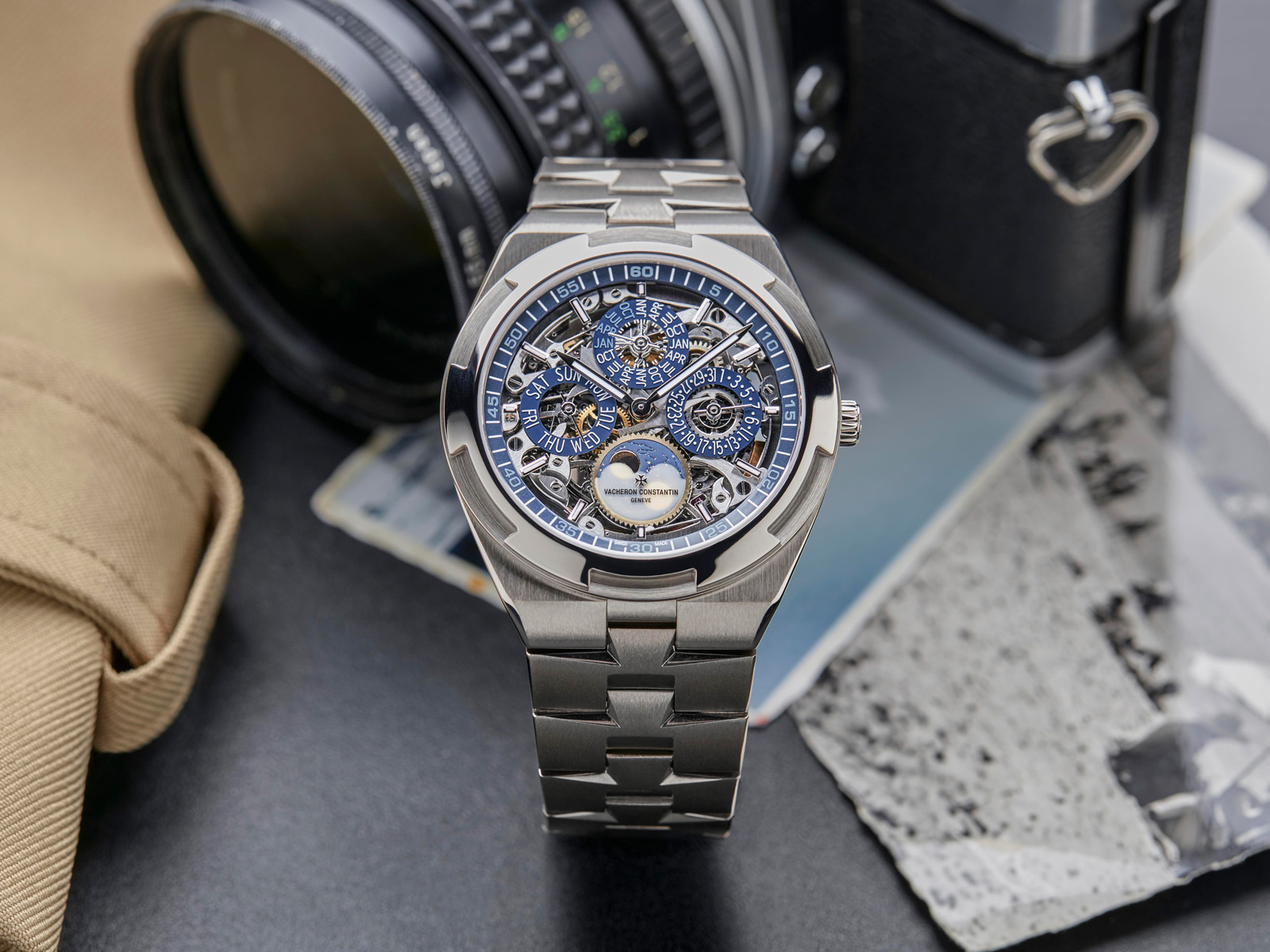 Dials aside, the case and bracelet of both remain the same. They are finely finished, with thorough detailing that includes the brushed vertical surfaces in between the notches of the bezel, along with the mirror polishing on the inner faces of the bracelet links. 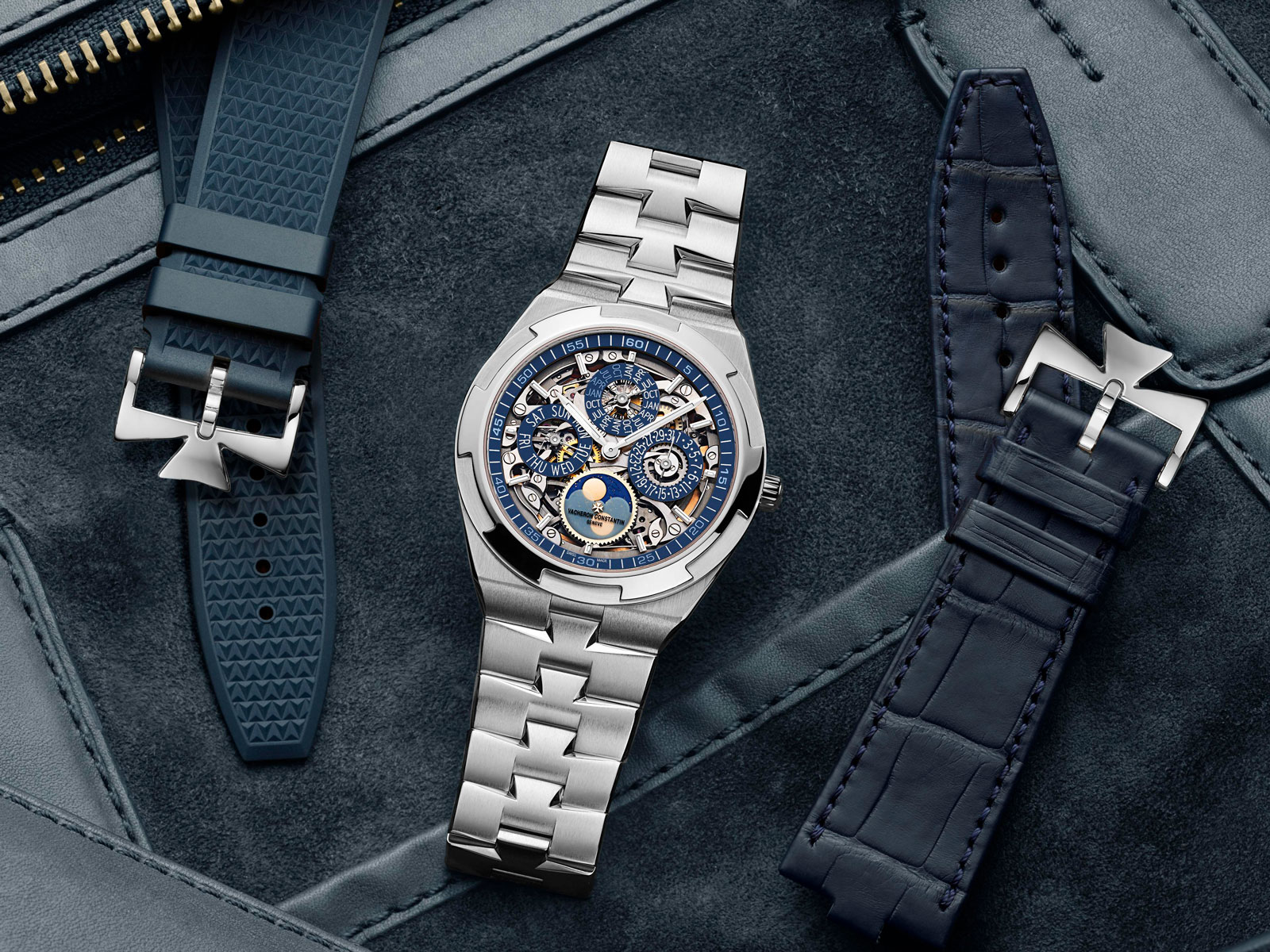 As is convention, the new Overseas Perpetual Calendars are delivered on a bracelet but accompanied by two additional straps, in leather and rubber respectively. A tab on the back of both the straps and bracelet releases them from the lugs, allowing the wearer to quickly swap between them.

In addition, the bracelet features a micro-adjustment mechanism that allows for an extension of up to 2 mm on each side of the clasp, ensuring a perfect fit.

Both watches are powered by essentially the same movement, the cal. 1120 QP/1, which is a cal. 1120 combined with an in-house perpetual calendar module that will require no correction until the year 2100.

Introduced by Jaeger-LeCoultre in 1967 as the cal. 920, the cal. 1120 base movement has been improved significantly by Vacheron Constantin. It now has a free-sprung, adjustable mass balance wheel, and bears the Poincon de Geneve hallmark. However, the power reserve remains relatively short at a mere 40 hours. 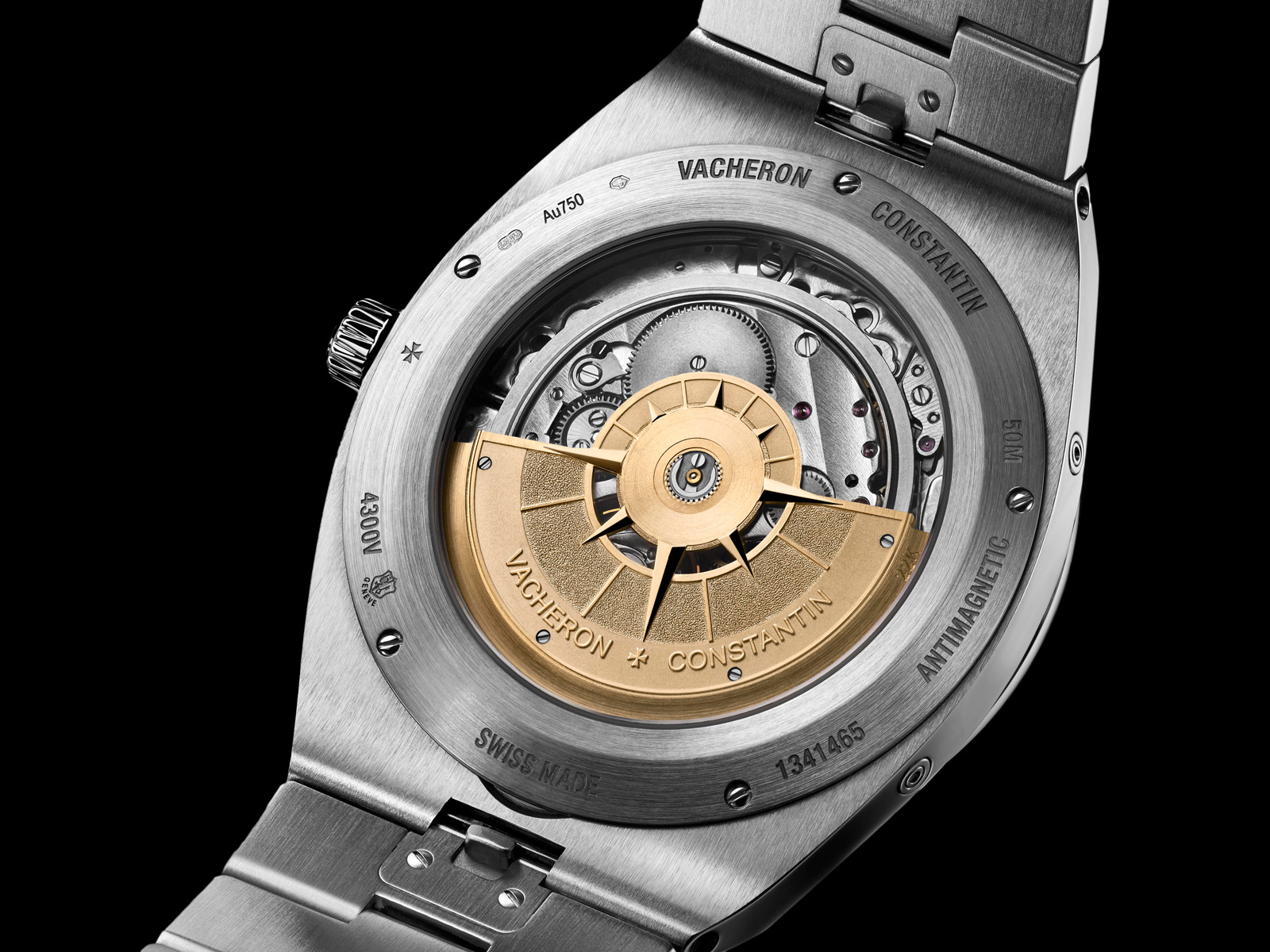 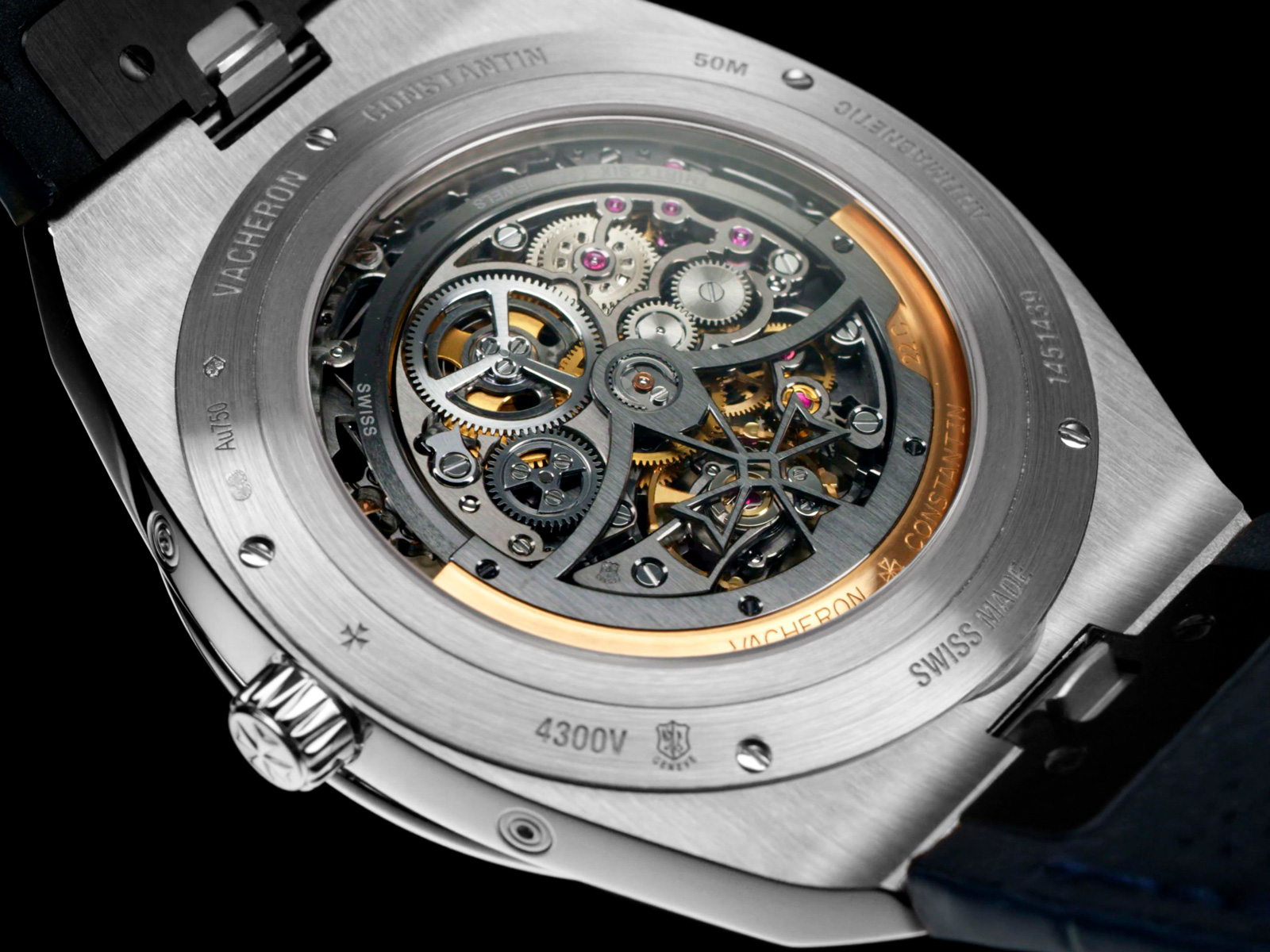 Availability: Only at Vacheron Constantin boutiques
Price: US$97,000

Availability: Only at Vacheron Constantin boutiques
Price: US$130,000