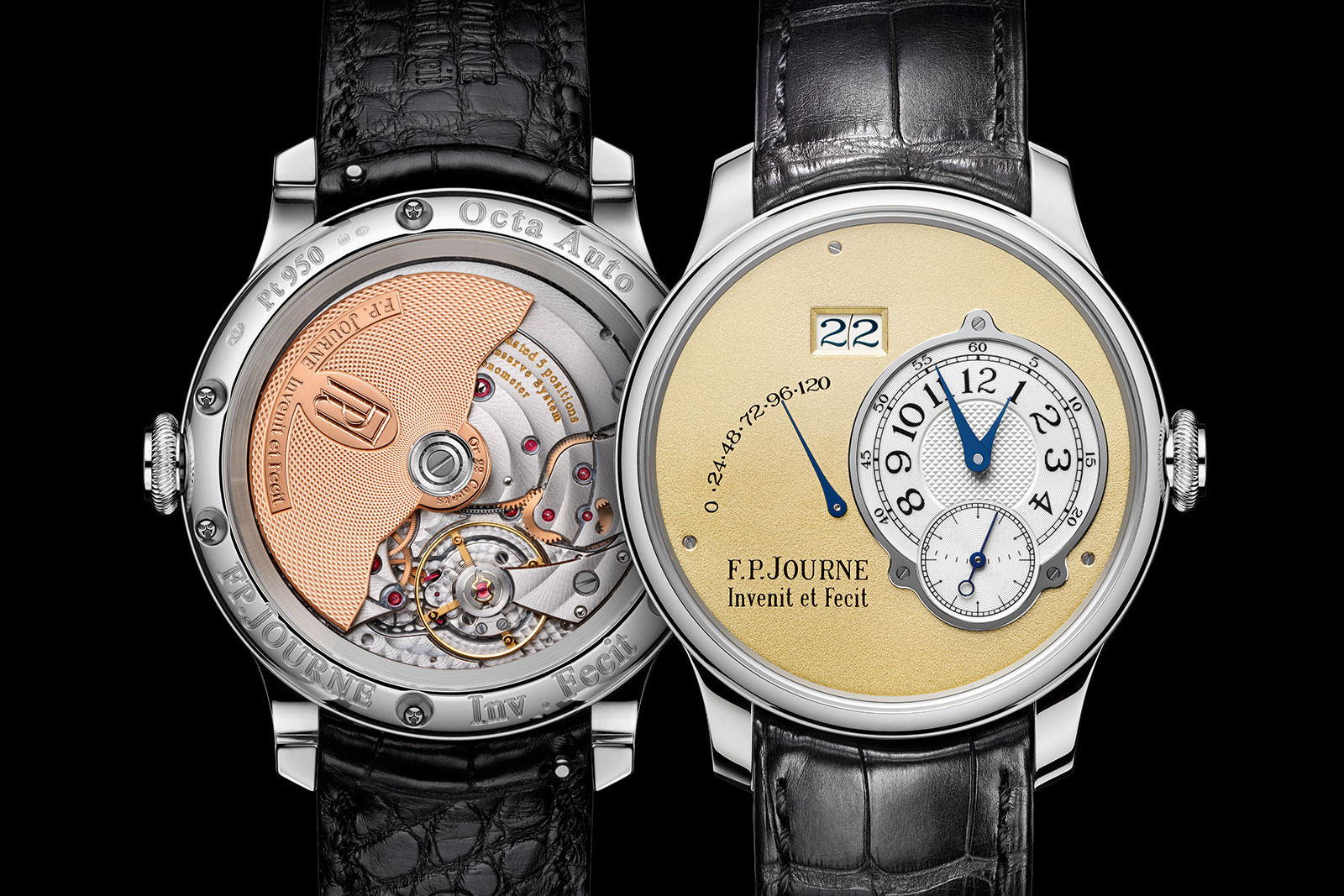 The 99-piece limited edition harks back to the original Octa Réserve de Marche of 2001, then the brand’s entry-level watch. Like the 2001 original, the 20th anniversary edition has a grained, yellow gold dial with a silver sub-dial. And more notably, it is powered by the cal. 1300.3 – but with the bridges and main plate in rhodium-plated brass, just as it was on the original. 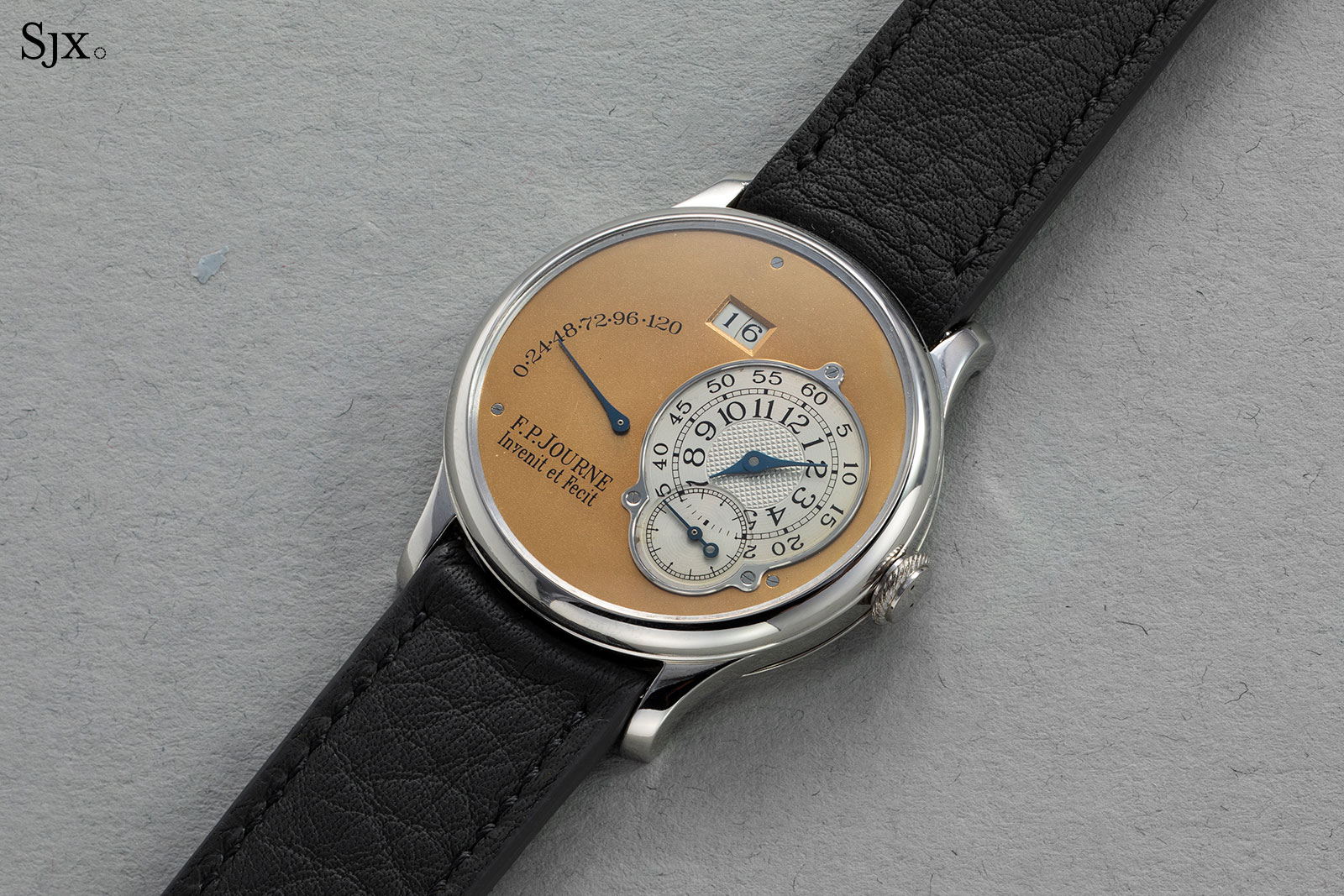 One of the original Octa Reserve prototypes 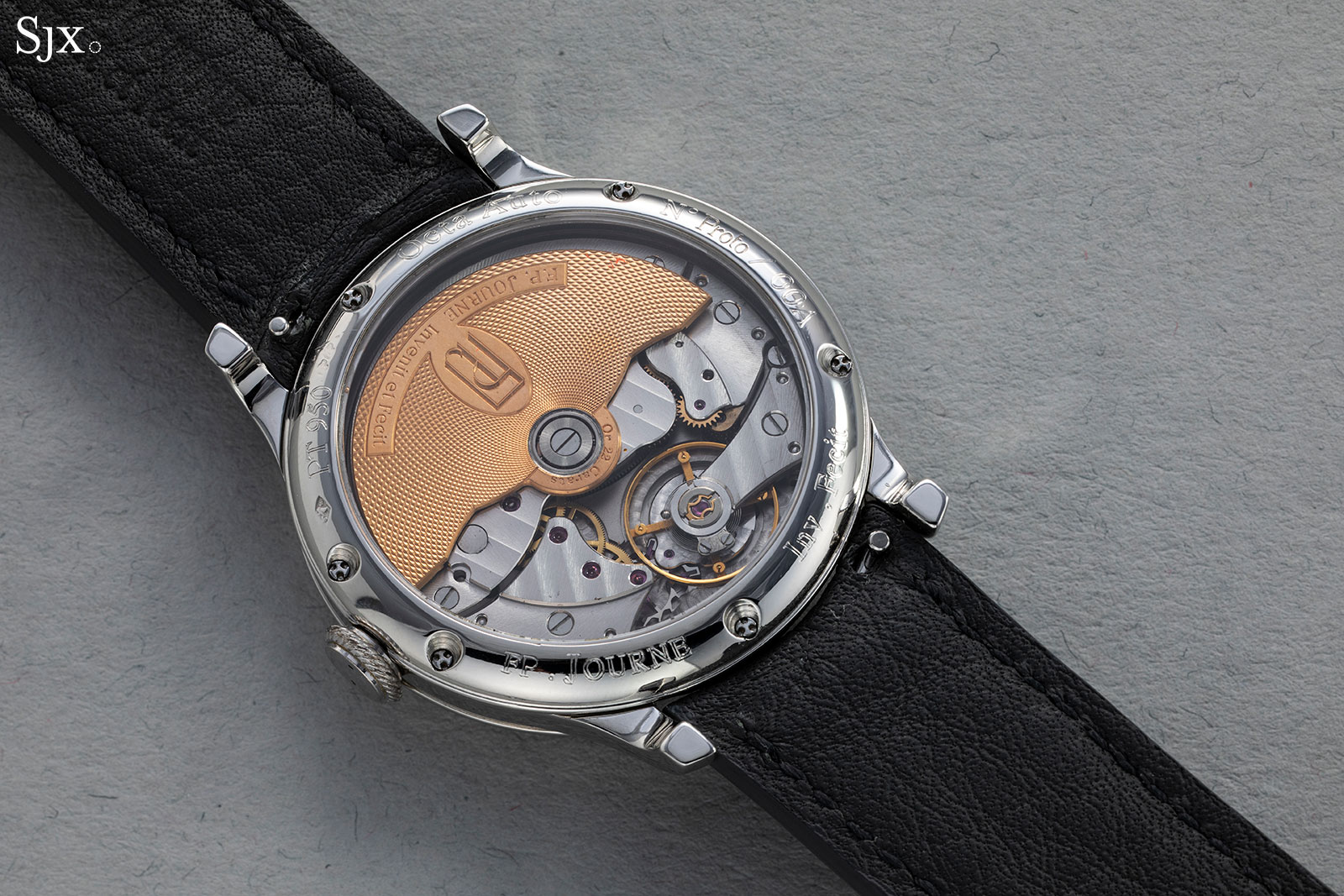 The Octa Automatique 20th Anniversary is modestly novel, but will appeal strongly given how it revokes the first-generation model. Given the current outsized desirability of F.P. Journe’s early watches with brass movements, this will be a hot watch. 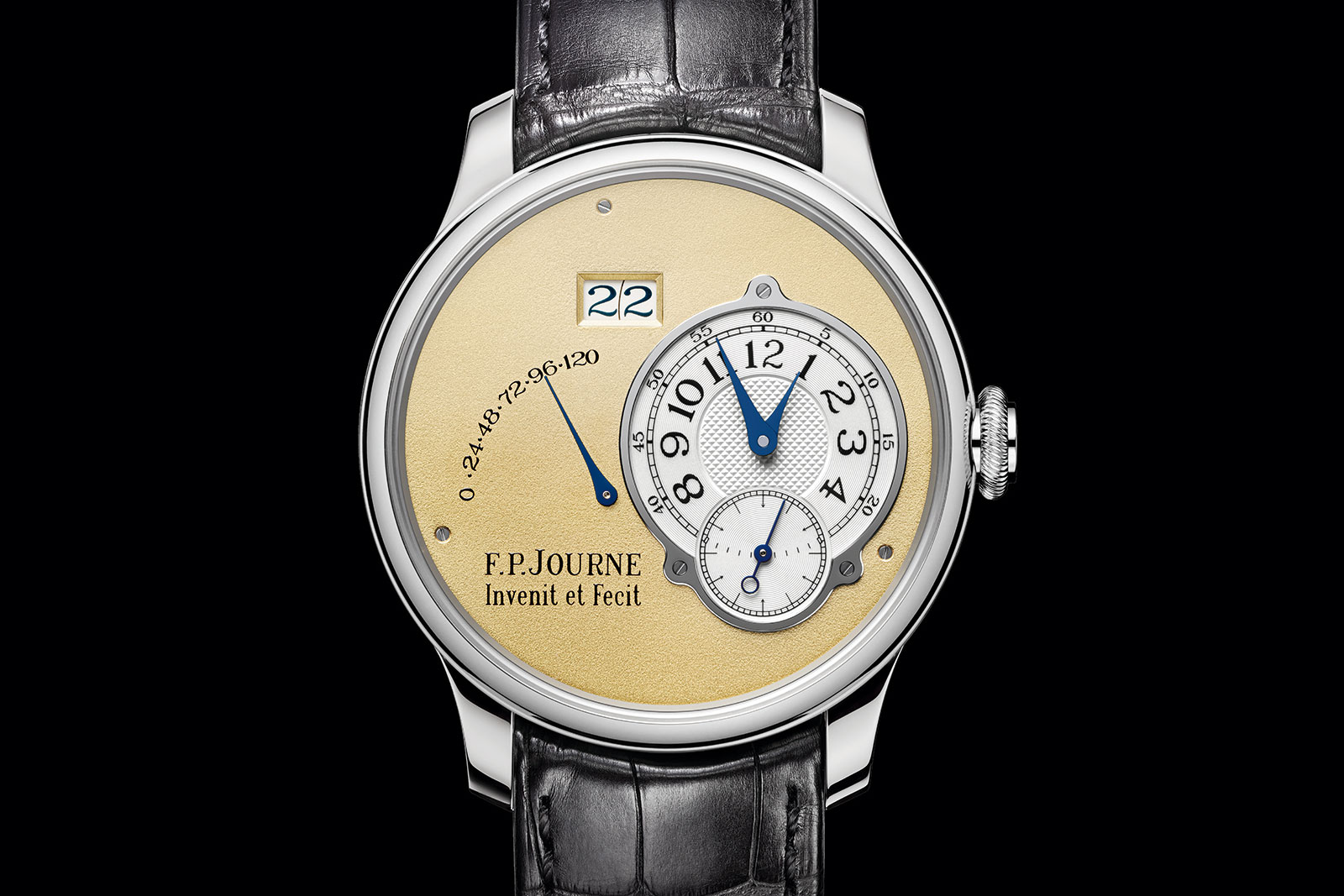 Though seemingly identical to the original model, the new Octa Automatique is subtly different in terms of design, and substantially different in movement construction.

The displays have been rearranged and enlarged to suit the predominately larger case sizes offered by F.P. Journe today. While the original was 38 mm, the standard sizes are now 40 mm and 42 mm.

As a result, the date display is slightly larger than before, while the hour numerals are also bigger. Because the date has grown in size, the power reserve display now sits marginally lower than where it used to be. 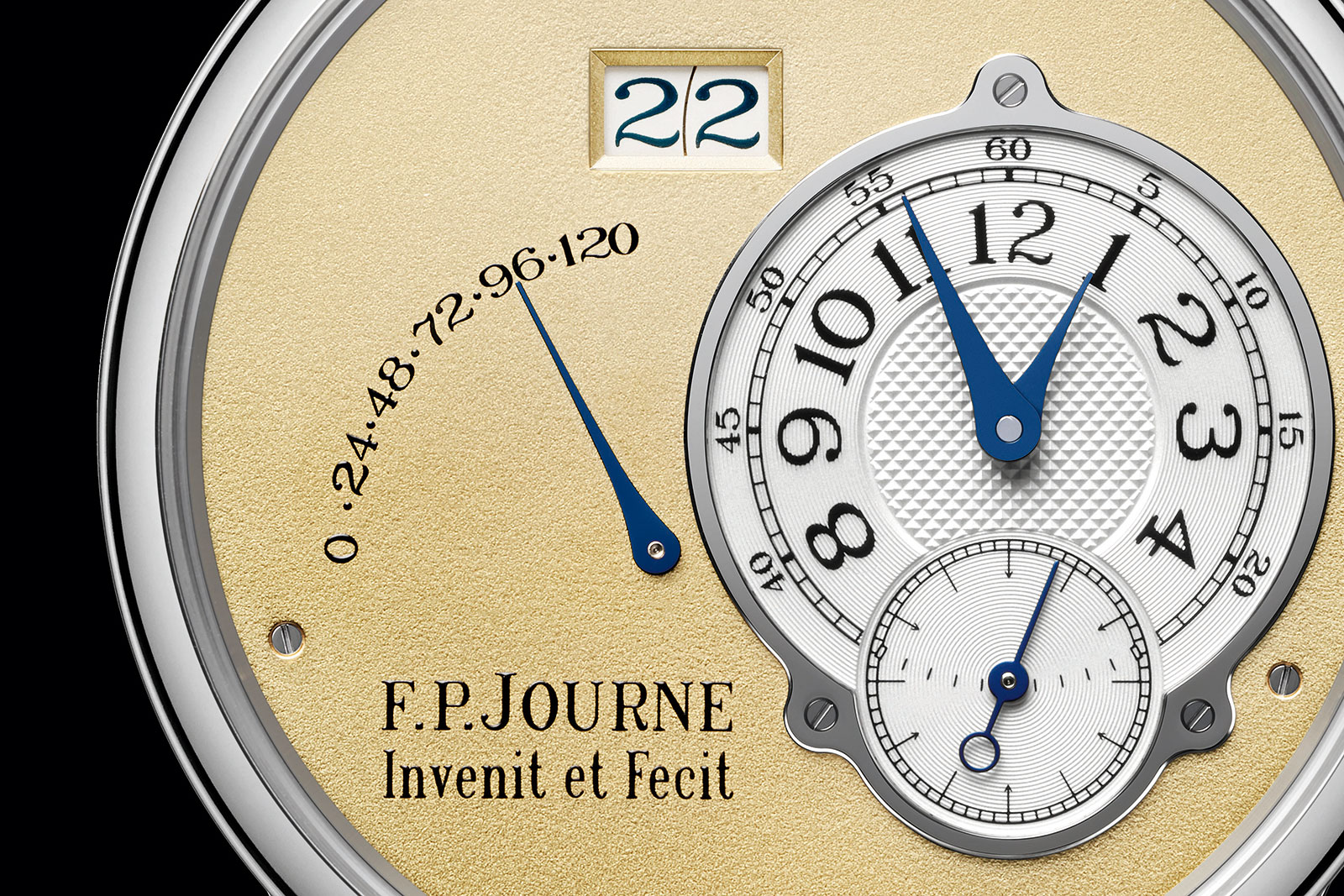 A subtle details: the numerals for the date are in dark blue to match the hands

The cal. 1300.3 also now winds unidirectionally, instead of in both directions as it once did. And its bridges have been lightly reshaped, thought retains its distinctive rotor that sits ever so slightly off centre.

And starting with the 20th anniversary edition, the revised bridges will now be the norm on all cal. 1300.3 movements. 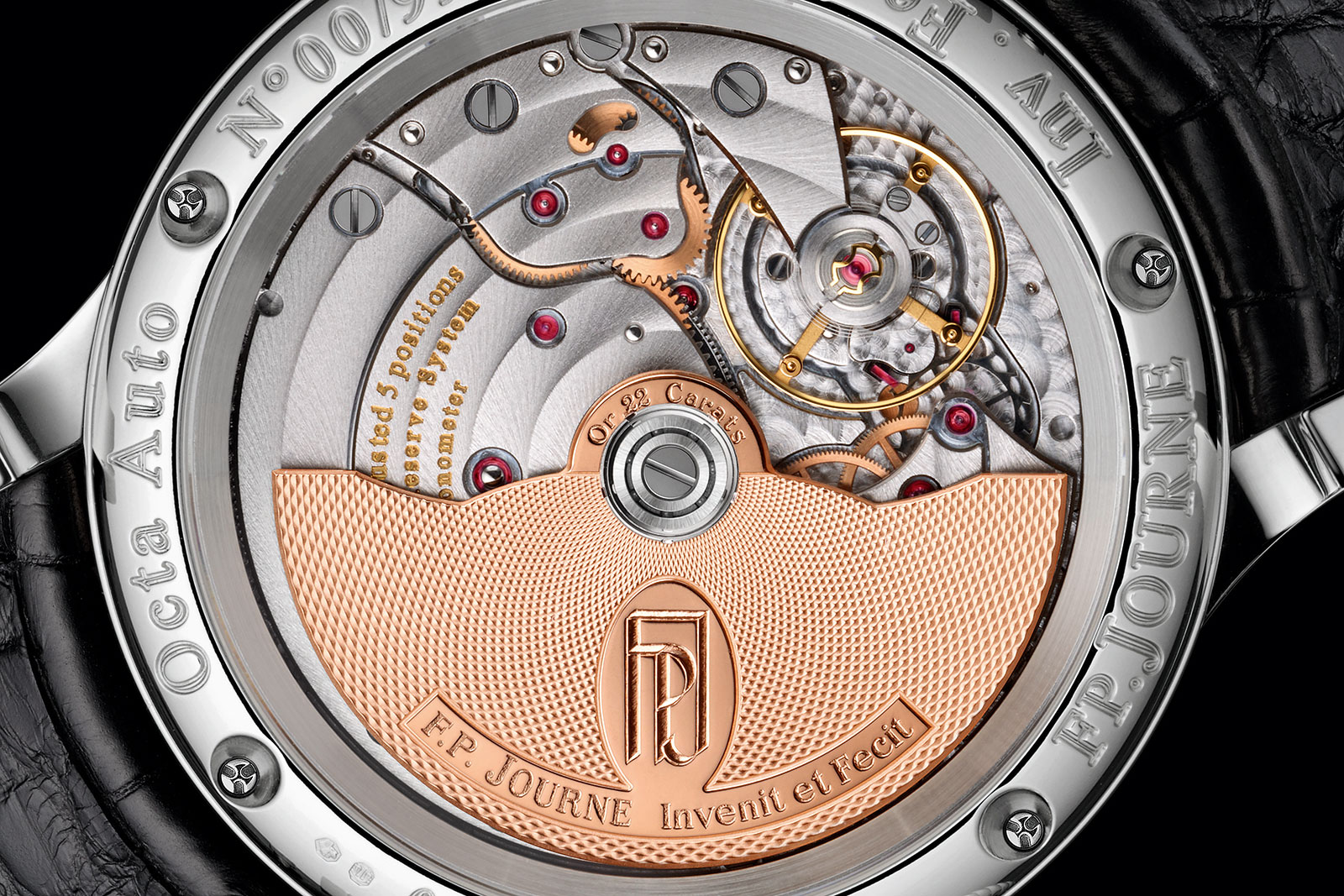 The 99-piece limited edition is actually the first of a new Octa Automatique that will be part of the regular line up.

Powered by the same cal. 1300.3 except with its bridges and base plate in 18k red gold as is the norm, the new Octa Automatique will be available in the typical F.P. Journe combinations: means either a 40 mm or 42 mm case in platinum or 18k rose gold, while the dials will be either grey or pink gold with guilloche silver sub-dial. 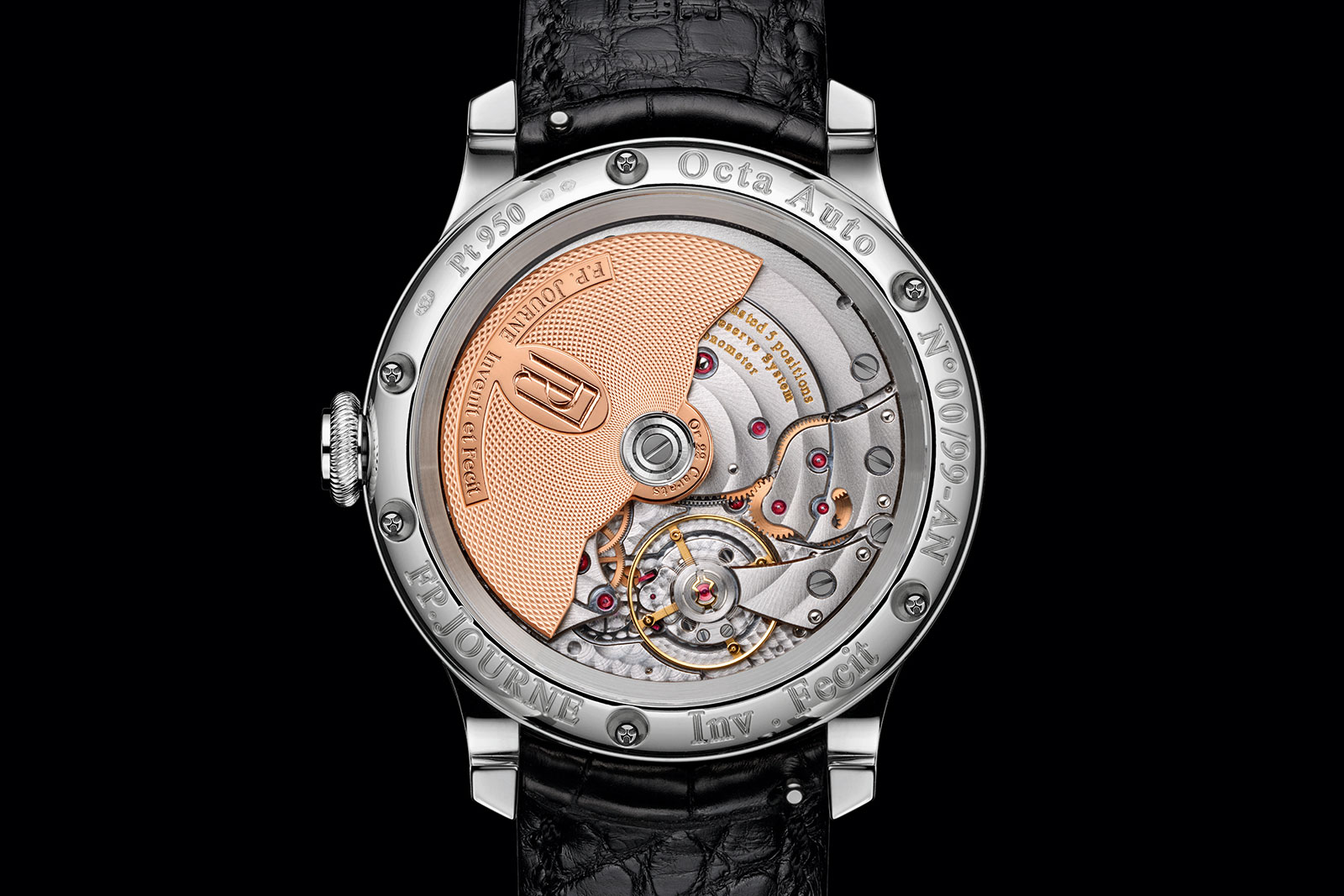