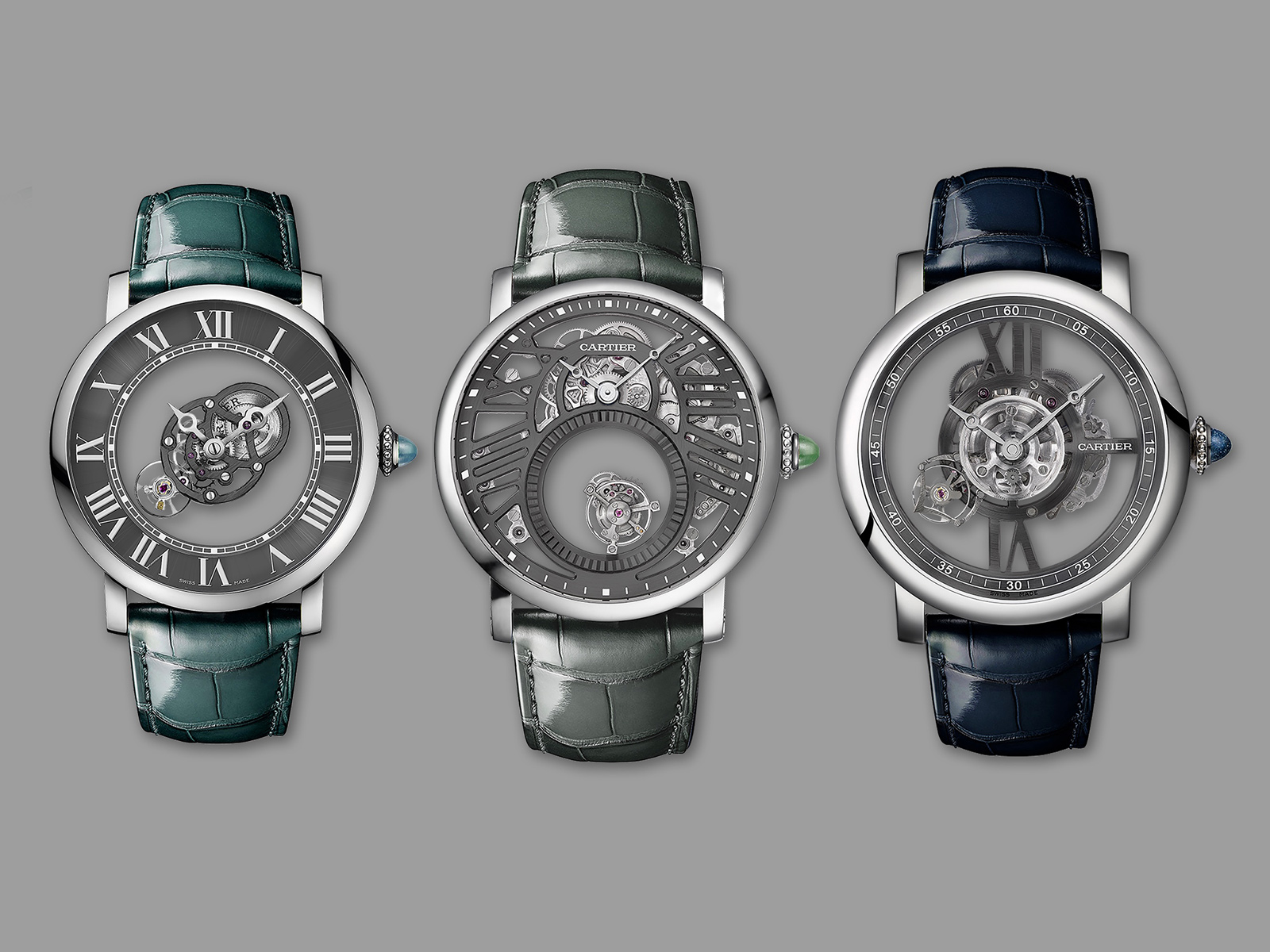 Although the most classic – and simple – of Cartier wristwatches designs have lately enjoyed resurgent popularity, the jeweller still makes exceptionally complicated watches. Its latest is not one but is a three-part set, the Fine Watchmaking Rotonde de Cartier Precious “Icons Set”.

All three watches are amongst the brand’s flagship complications that go beyond design and into the realm of ingenious and unusual watchmaking. And the trio share a common theme of the mysterious display and tourbillon, fusing an optic illusion that is synonymous with Cartier and the rotating regulator. 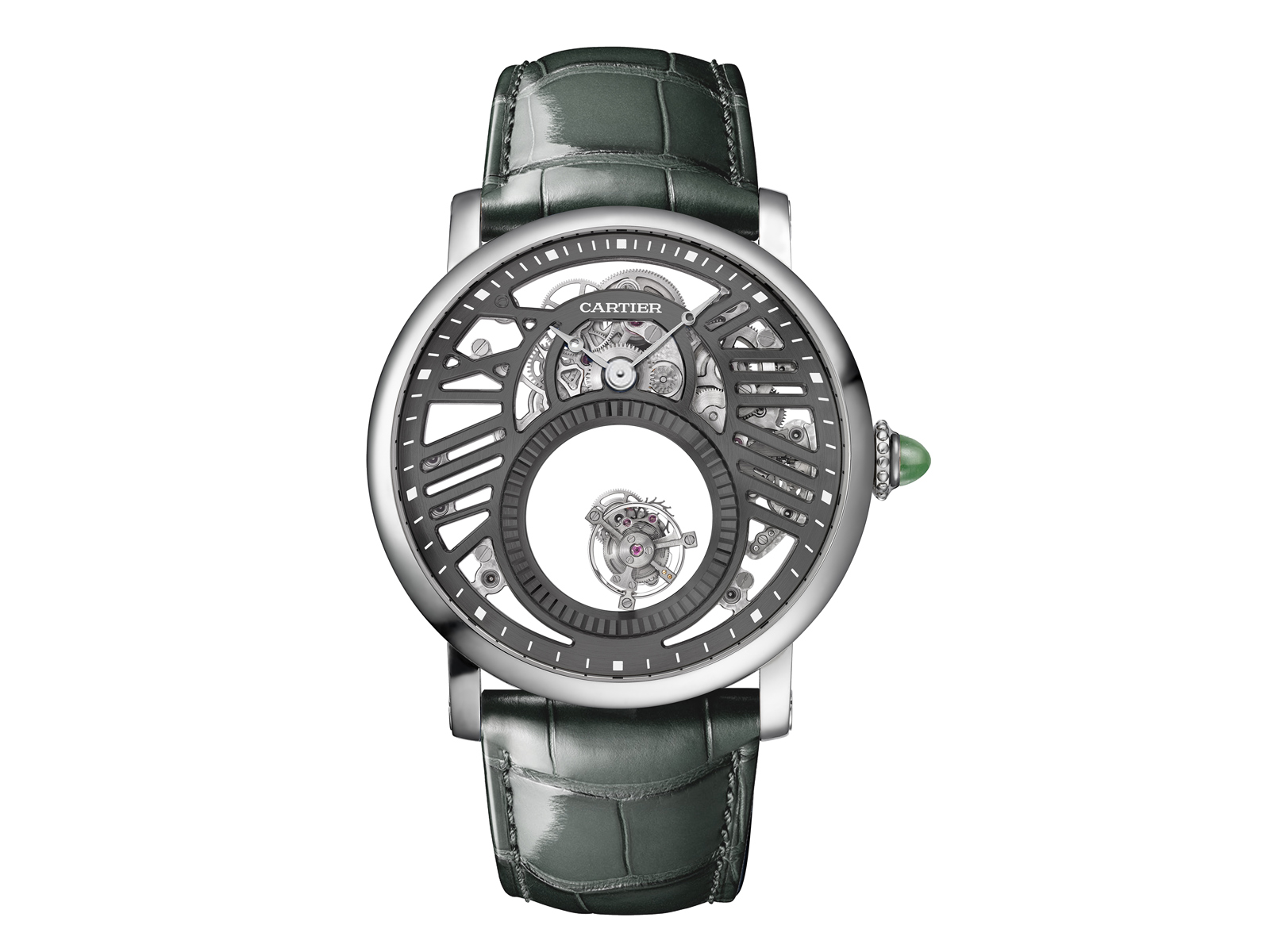 Each of the watches in the set is special for how it combines Cartier’s traditional design with intriguing technical details. Although the movements are modern in style – the skeleton bridges have a dark grey finish – the designs remain classical. And the streamlined, “mysterious” construction of the movements belie the complexity of their construction.

But the movements are unquestionably appealing, both in concept and execution. A curious mind might ponder how the mechanics seemingly float within the case. It’s an old trick that makes it seem like there is no connection between the movement and the case, but a good one that still has visual impact.

While the details of the watches are elegant, all of them are huge. The smallest of the trio is 43.5 mm in diameter, and the largest, 47 mm. That makes them suited mostly for large wrists, and also takes a little away from the traditional Cartier design. 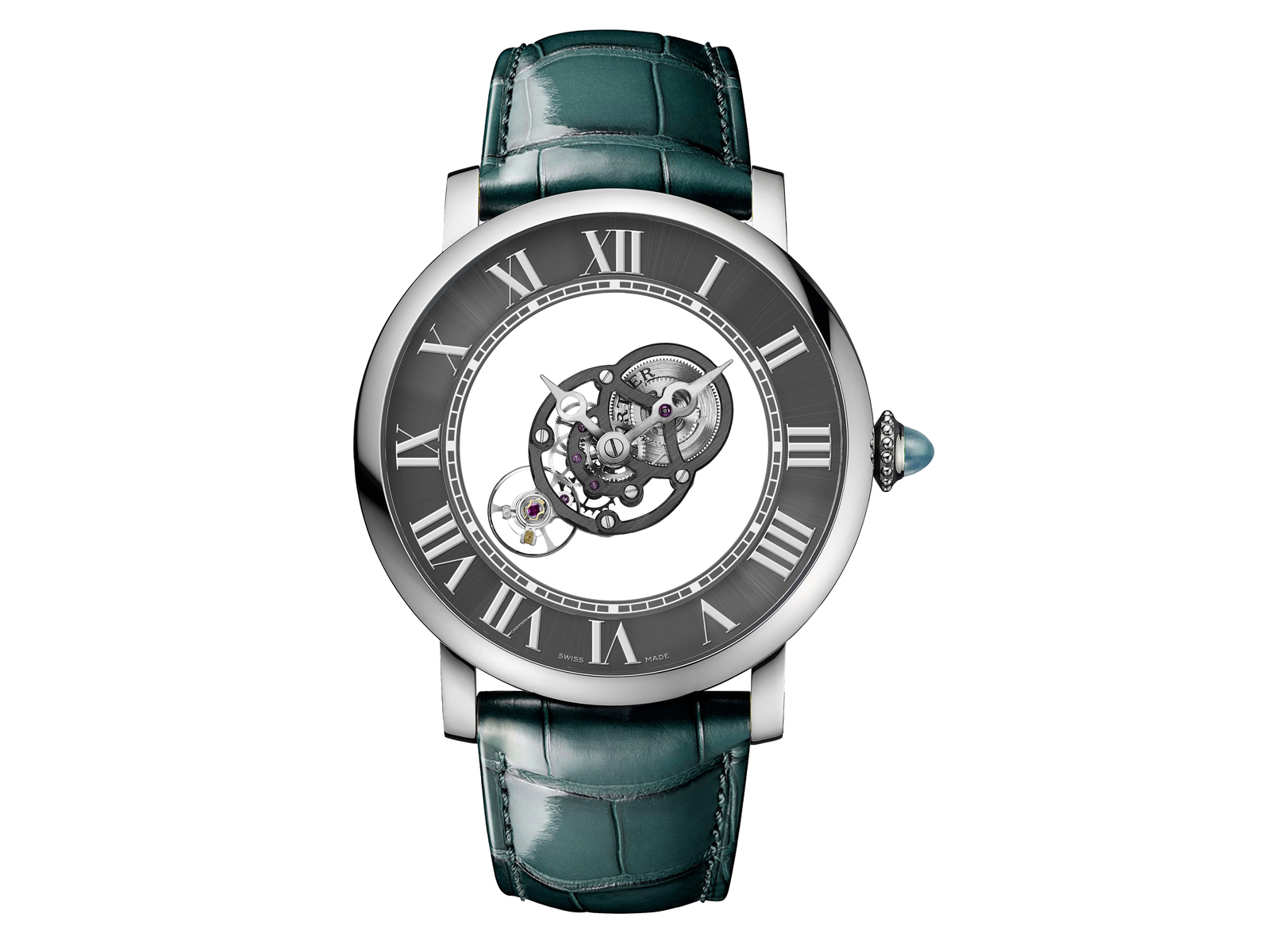 That said, none of the movements is new; the set is made up of existing models clad in new livery. That makes them less exciting, but doesn’t take away from their complexity, which makes them intrinsically captivating. 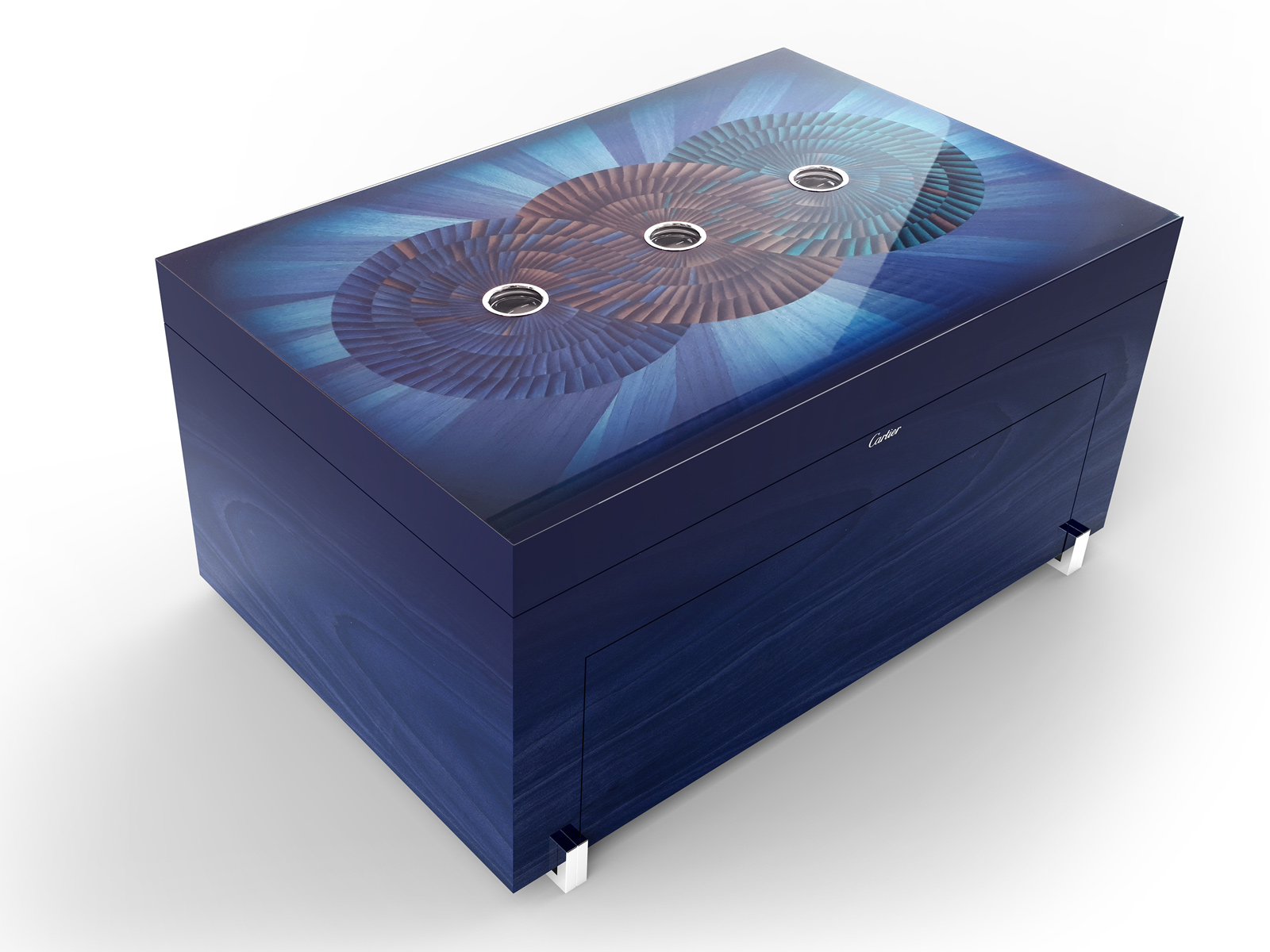 The wood marquetry box that contains the set

The Astromysterious is in essence a central carrousel tourbillon watch, with the movement revolving around its centre once every hour, thus functioning as a minute hand.

If the look is suggestive of the Ulysse Nardin Freak, it’s because both watches are conceived by the same person, Carole Forestier-Kasapi, the brilliant female watchmaker that was once the head of movement development at Cartier and then Richemont. 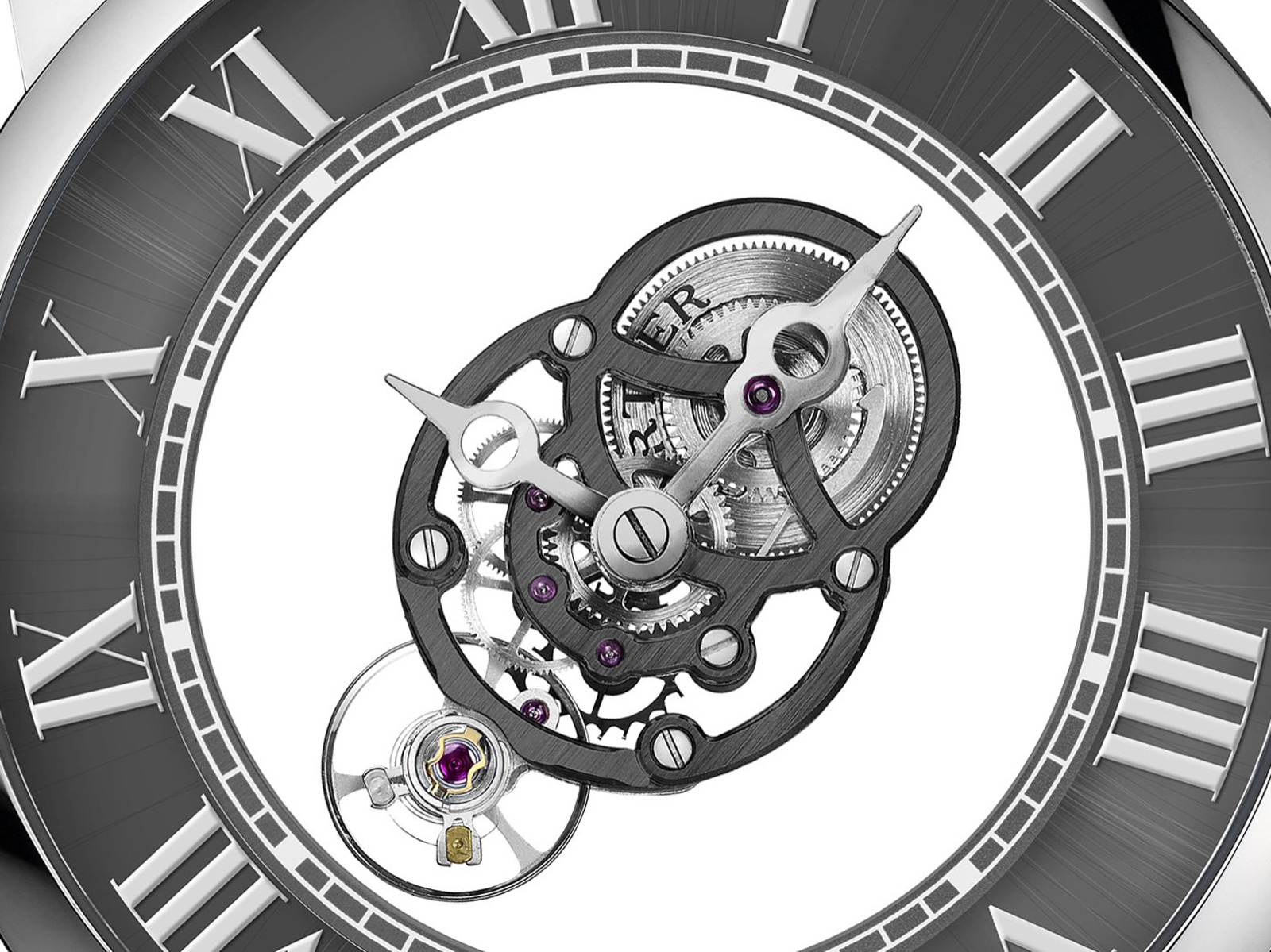 The Astromysterious movement is finely executed everywhere except for the hairspring stud carrier, which is a stock part that doesn’t live up to the rest of the movement

What sets the Astromysterious from other orbital regulator watches is its simplicity. It is perhaps the most refined and simplest iteration of such mechanism, essentially reimagining mysterious movement in a light, compact, and innovative manner.

Yet another smart re-interpretation of a tourbillon, the Astrotourbillon was also conceived by Ms Forestier-Kasapi. It’s best described as a central carrousel tourbillon, making it similar to that Astromysterious, but with the tourbillon carriage orbiting around the central axis once every minute, making it the seconds hand as well. 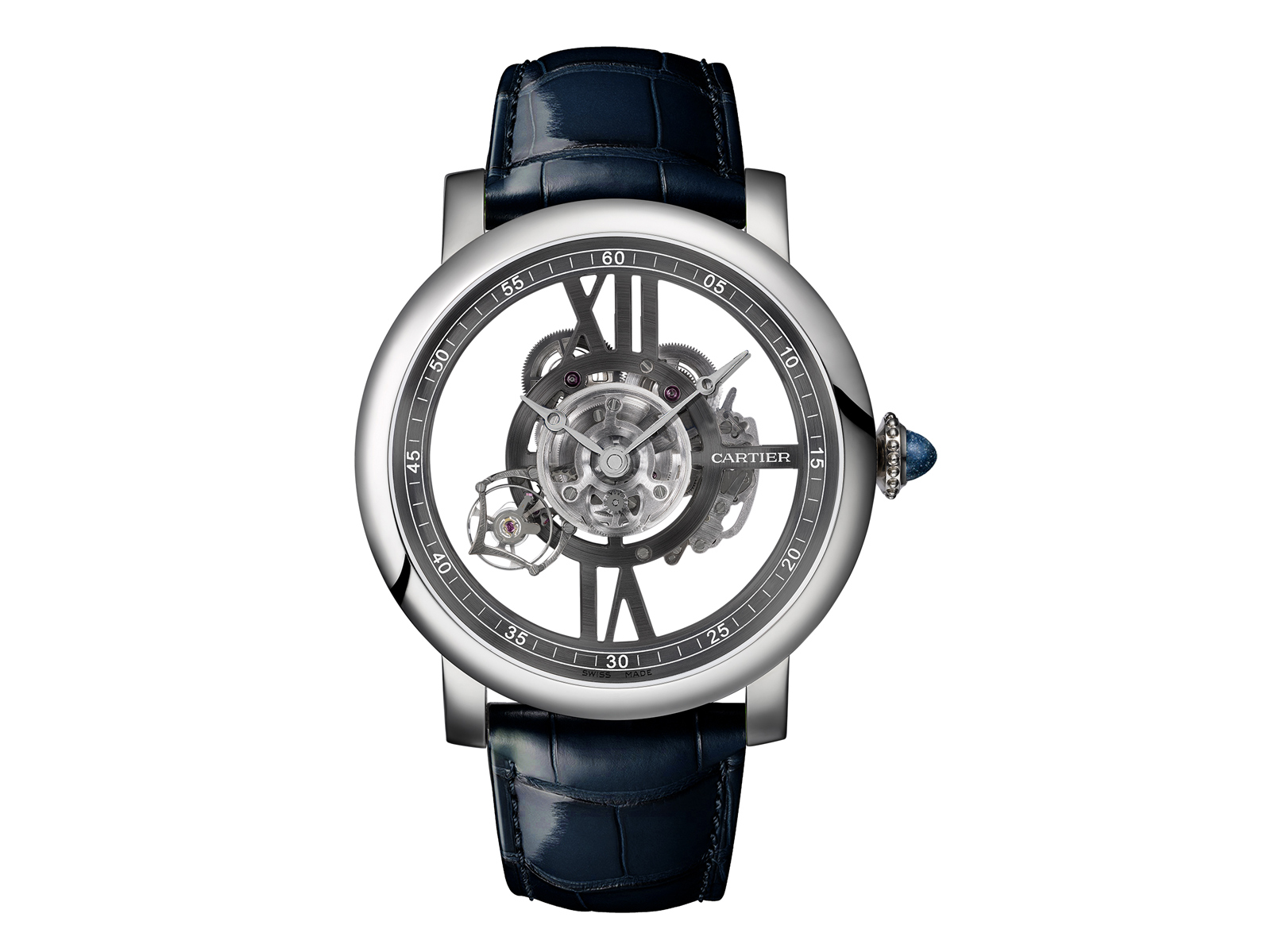 Last is the Mysterious Double Tourbillon. “Double” does not mean two separate cages, but twin rotating axes. One axis is the Tourbillon’s own, where the cage makes a revolution every minute.

The second and more fascinating axis is centred on the rotating sapphire disc on which the tourbillon sits. Hidden teeth on the rim of the sapphire disc mesh with the going train, making it rotate once every five minutes but “mysteriously”. 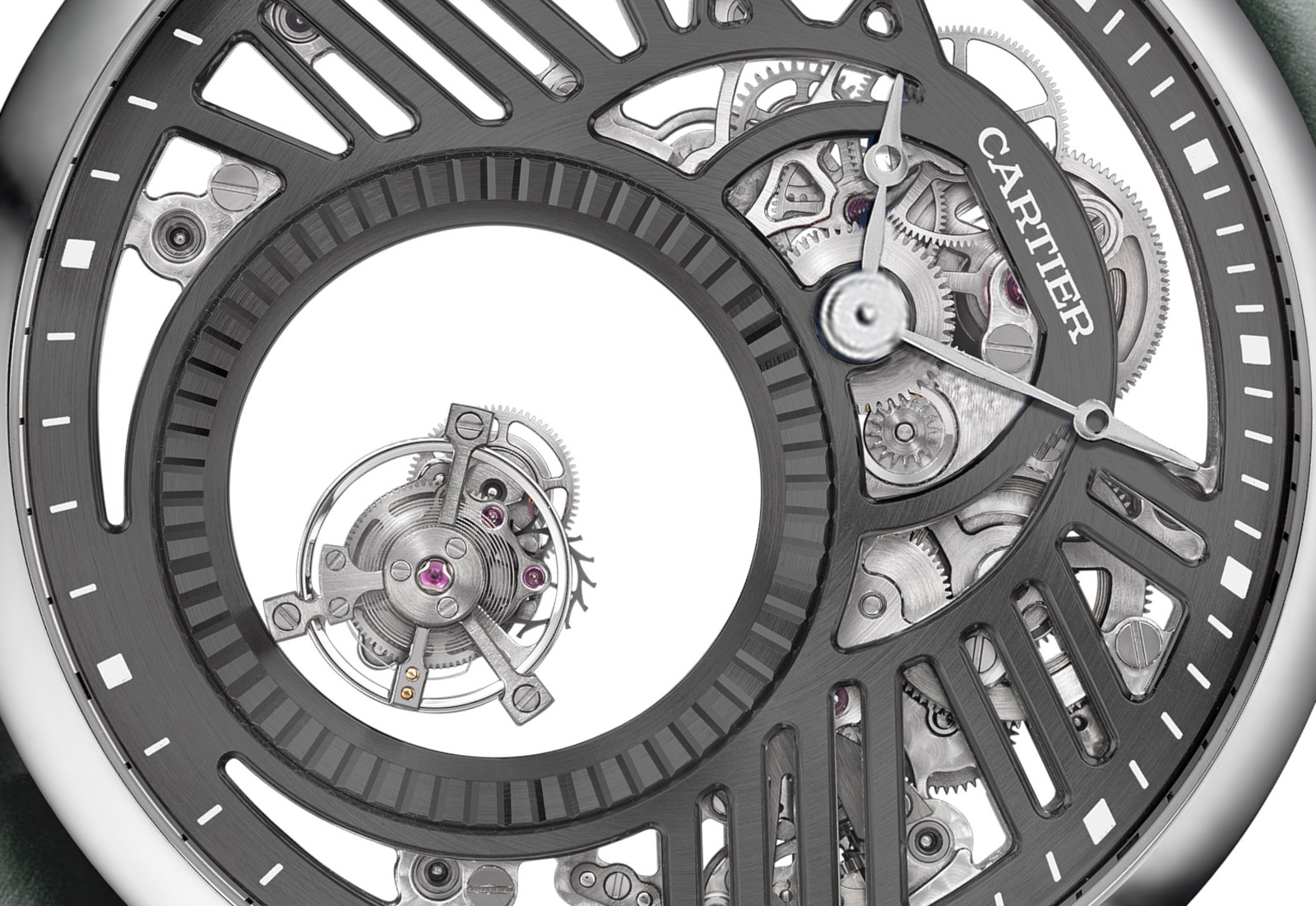 Limited edition: Five sets
Availability: At Cartier boutiques
Price: On request; but the price will be slightly higher than the combined price of the individual watches, or over US$600,000