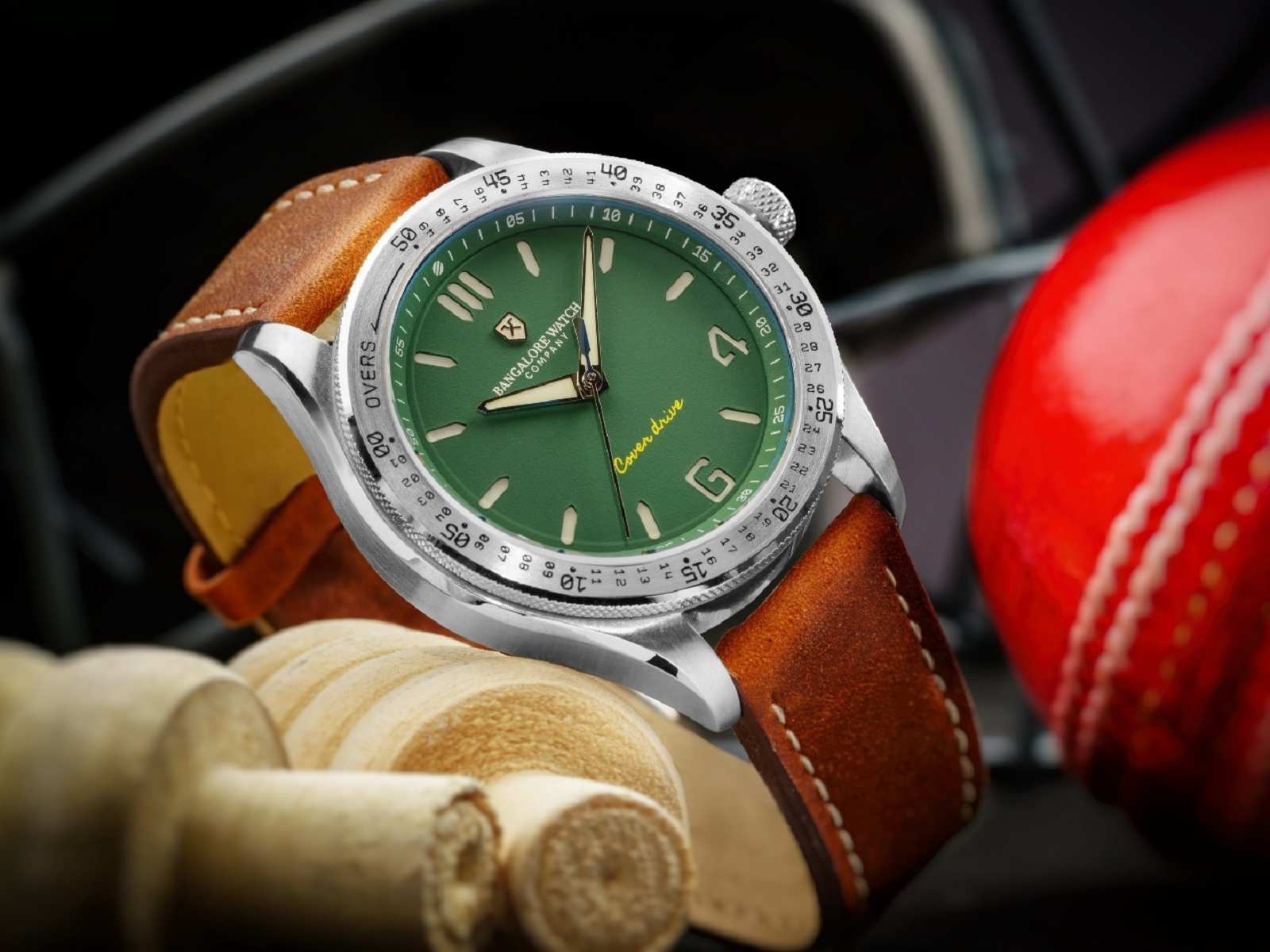 Popular globally but especially in Commonwealth countries, cricket is the biggest sport in India, which accounts for over 90% of the one billion cricket fans globally according to the sport’s governing body. During the 2019 Cricket World Cup, the India-Pakistan match was seen by by 545 million people in India alone.

So if there was ever an appropriate sport for an Indian watchmaker, it certainly is cricket. Bangalore Watch Company (BWC) does exactly that with the Cover Drive, a wristwatch with a cricket score-counting bezel. 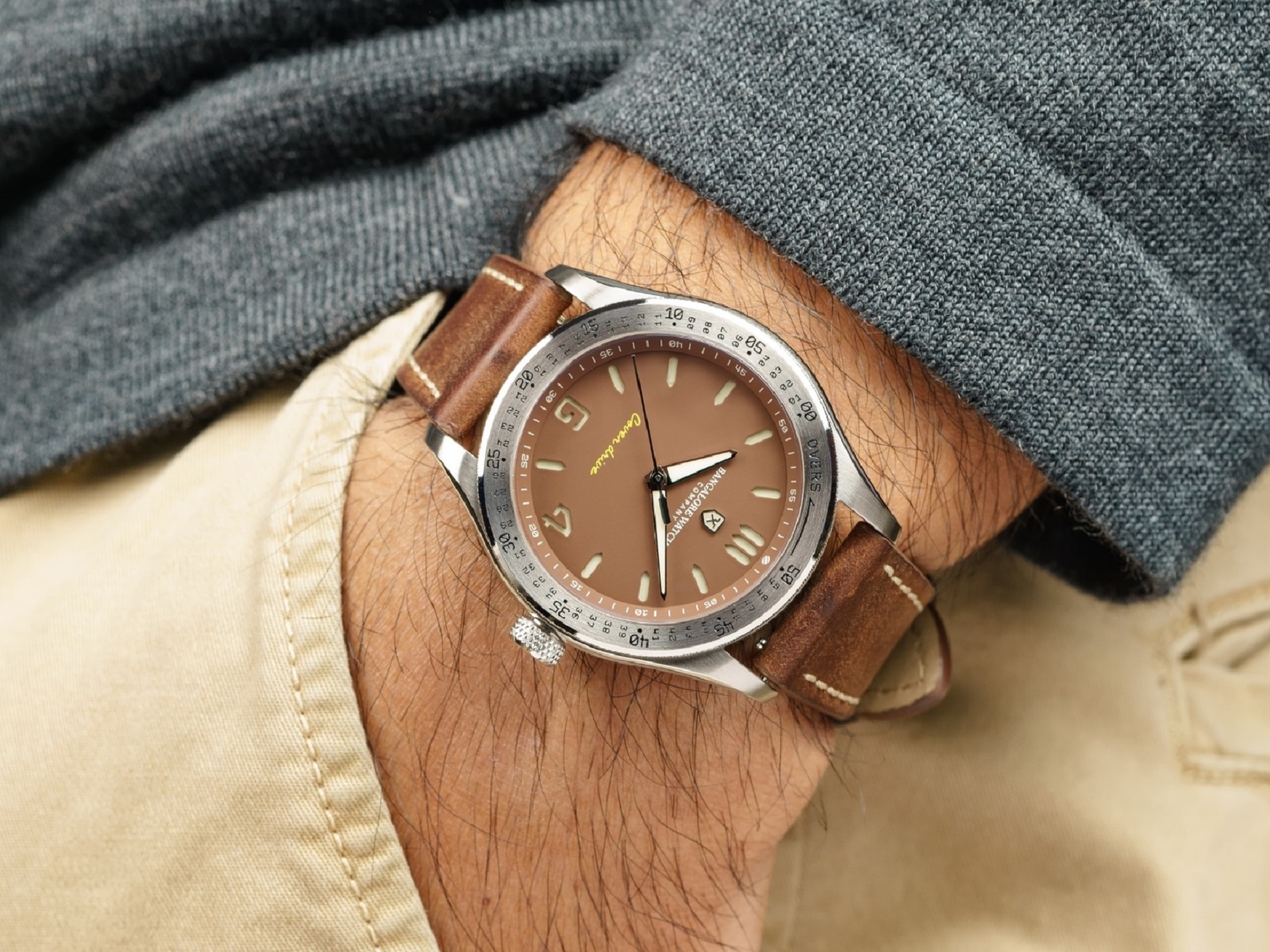 Sport-themed watches are common, but a cricket watch is definitely a first. While I’m not a fan of the game, I can see how the Cover Drive would appeal to cricket enthusiasts.

For one, the watch is catered to cricket in terms of function, with a bezel that’s graduated to “track elapsed overs in a 50-overs or T20 cricket match” according to the BWC. And its aesthetics are also gently inspired by the game. The hour indices, for instance,  are modelled on a stump, the wooden pole used in cricket that make up a wicket. And the triple marker at 12 o’clock resembles a wicket, which made up of three stumps and protected by the batsman.

However, all of that also means the Cover Drive – itself is named after a particular shot in cricket – is very much a niche product, albeit one with a billion-strong audience. 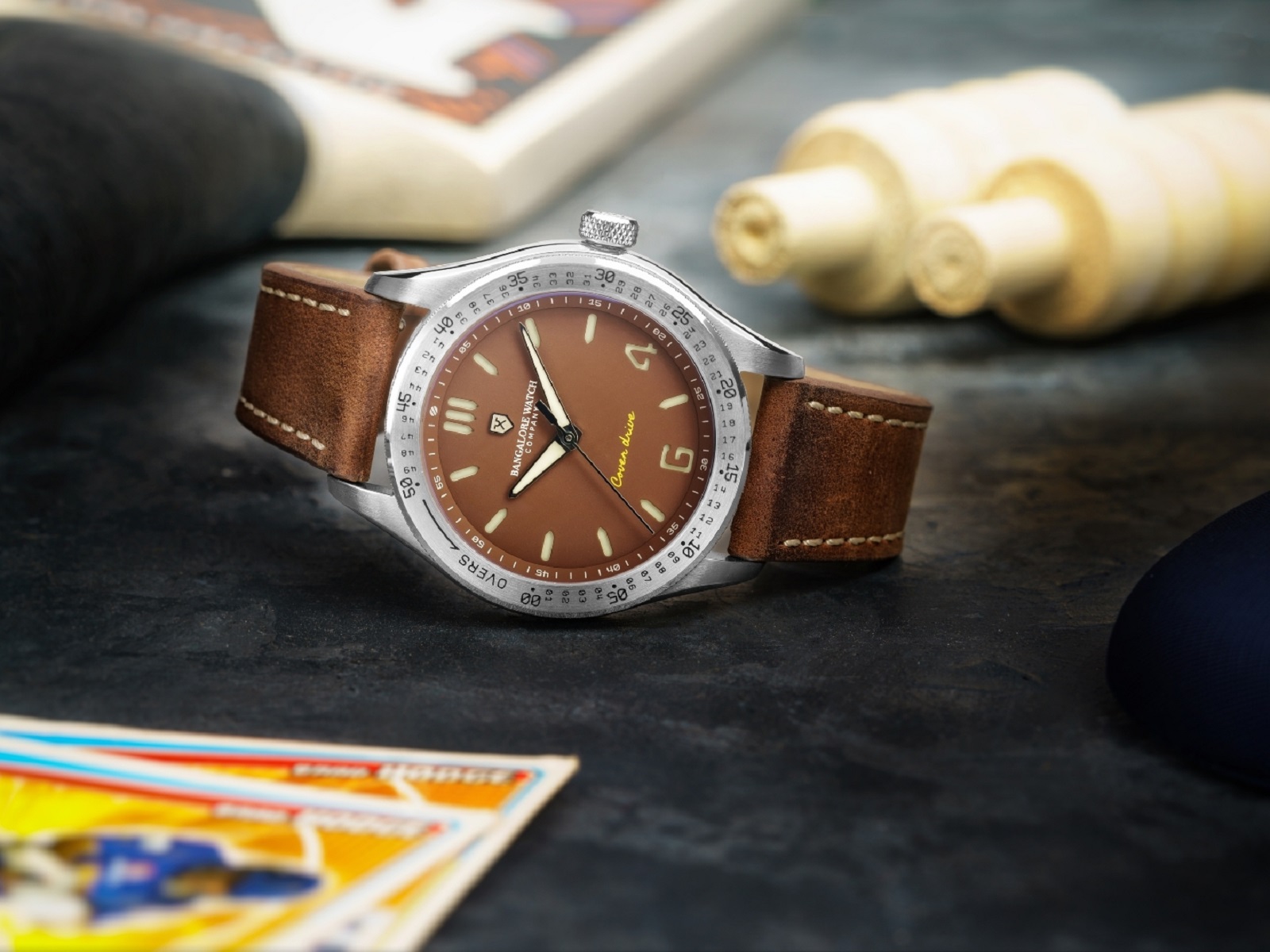 While the cricket references will only resonate with fans of the sport, the Cover Drive is designed well. It’s legible and clean, with BWC having opted to forgo a date display. At the same time, it also features details like a “sandwich” dial and alternating finishing on the case.

At US$760, the Cover Drive is a tad expensive for a watch powered by the Sellita SW200 movement. Comparable watches with the SW200 from “micro brands” tend to be in the US$500-600 range. Its price puts the Cover Drive in the same ballpark as establishment Swiss brands like Hamilton and Tissot, both of which arguably offer better value if you’re not a cricket fan.

A celebration of cricket

The Cover Drives is offered in a trio of matte dial finishes – black, teal and brown – that are each appealing though the green-dial variant best exemplifies the cricket theme.

Though conventional at arm’s length, the dial incorporates numerous cricket-inspired elements. While most of the indices are shaped like a stump, the four and six o’clock markers are Arabic numerals, a nod to the boundary shot in cricket, where the ball crosses the perimeter of the field, making it akin to a home run in baseball. Other cricket-inspired details include the tiny cricket ball above the 12 o’clock marker, and the counterweight of the seconds hand that’s shaped like a cricket bat. 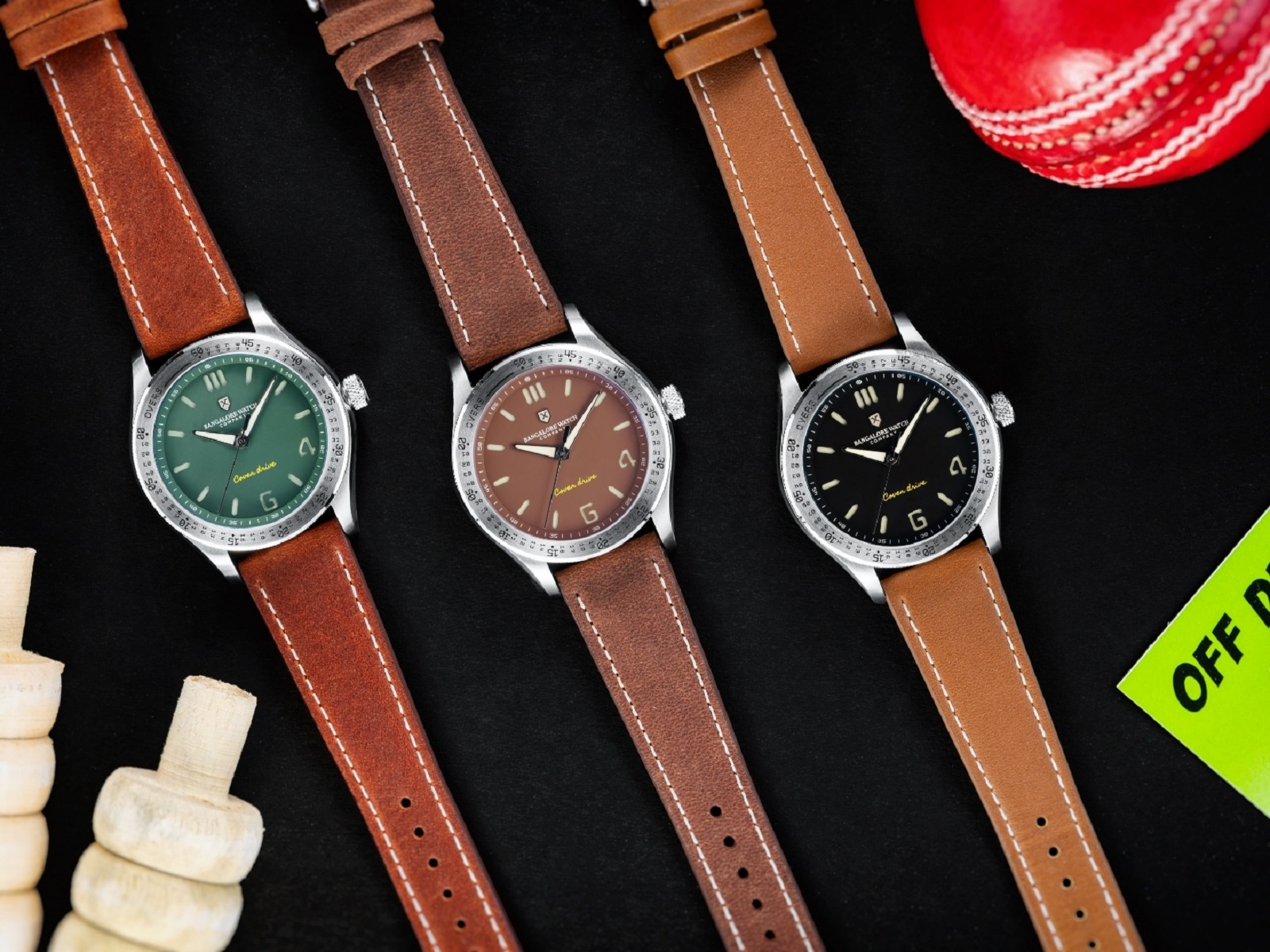 The dial is a “sandwich” construction, with the cut-outs on an upper disc that reveal the glow-in-the-dark Super-Luminova on a lower disc. Combined with the sloped flange for the minute track, the dial possesses substantial depth. 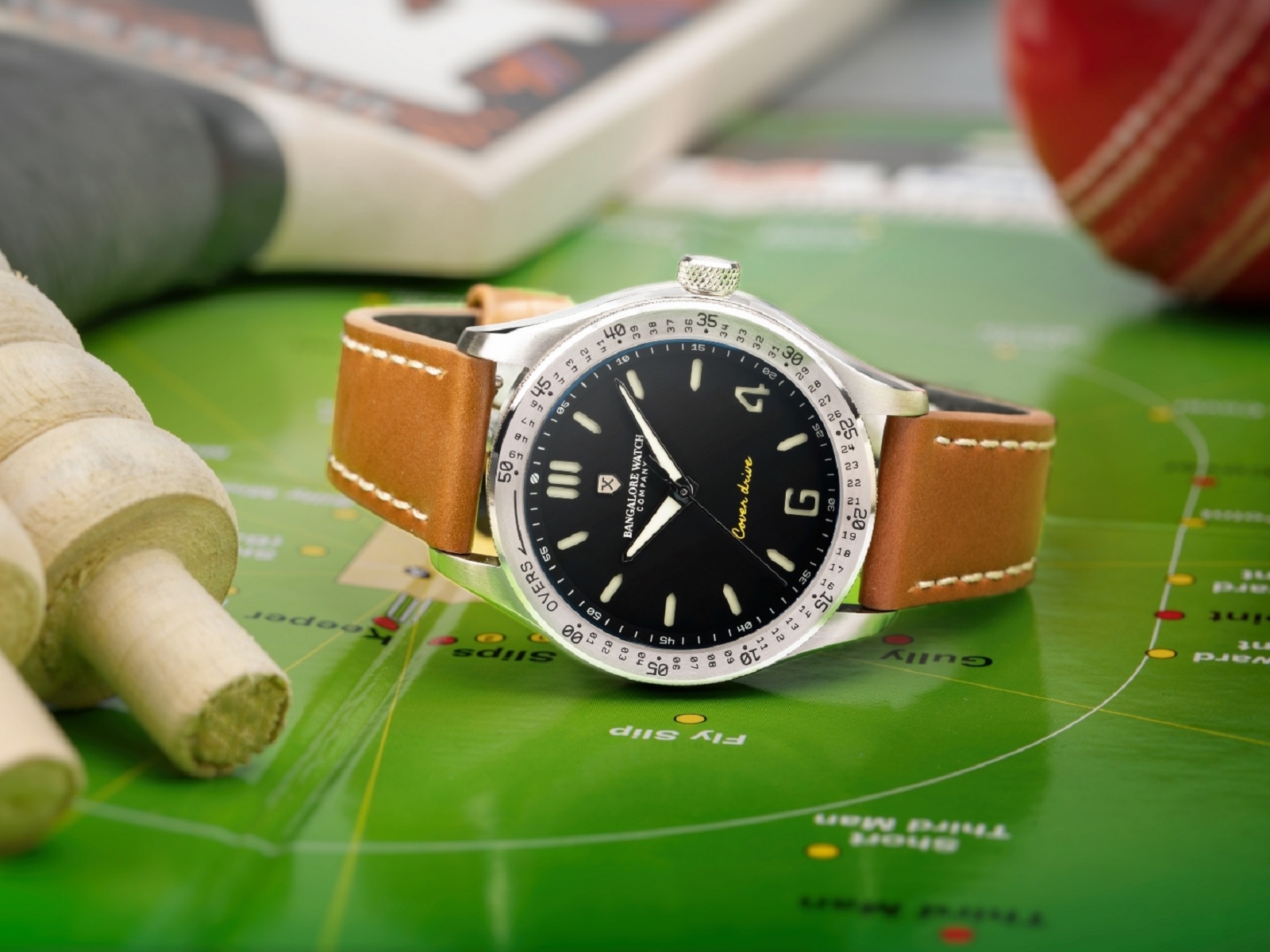 At 40 mm, the Cover Drive is sized well by contemporary standards – neither too large nor too small – and should fit most wrists. The case is finished with alternating brushed and polished surfaces, including a polished bevel along its outer length. 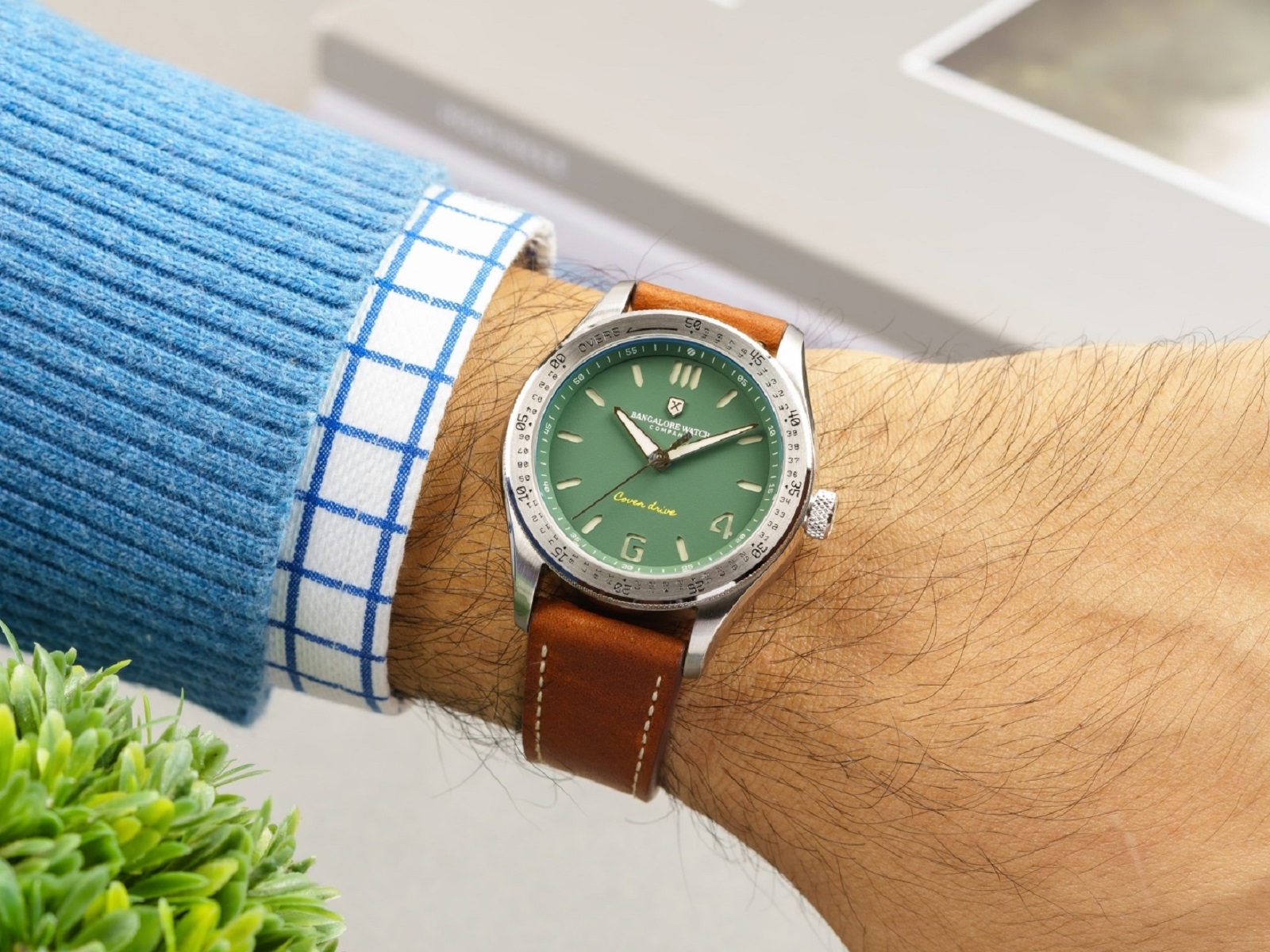 Hidden behind the case back – embossed with a batsman in action –  is a Sellita SW200. A clone of the workhorse ETA 2824-2, the SW200 is equally dependable and easy to service. It does, however, suffer from a shorter-than-average power reserve of 38 hours. 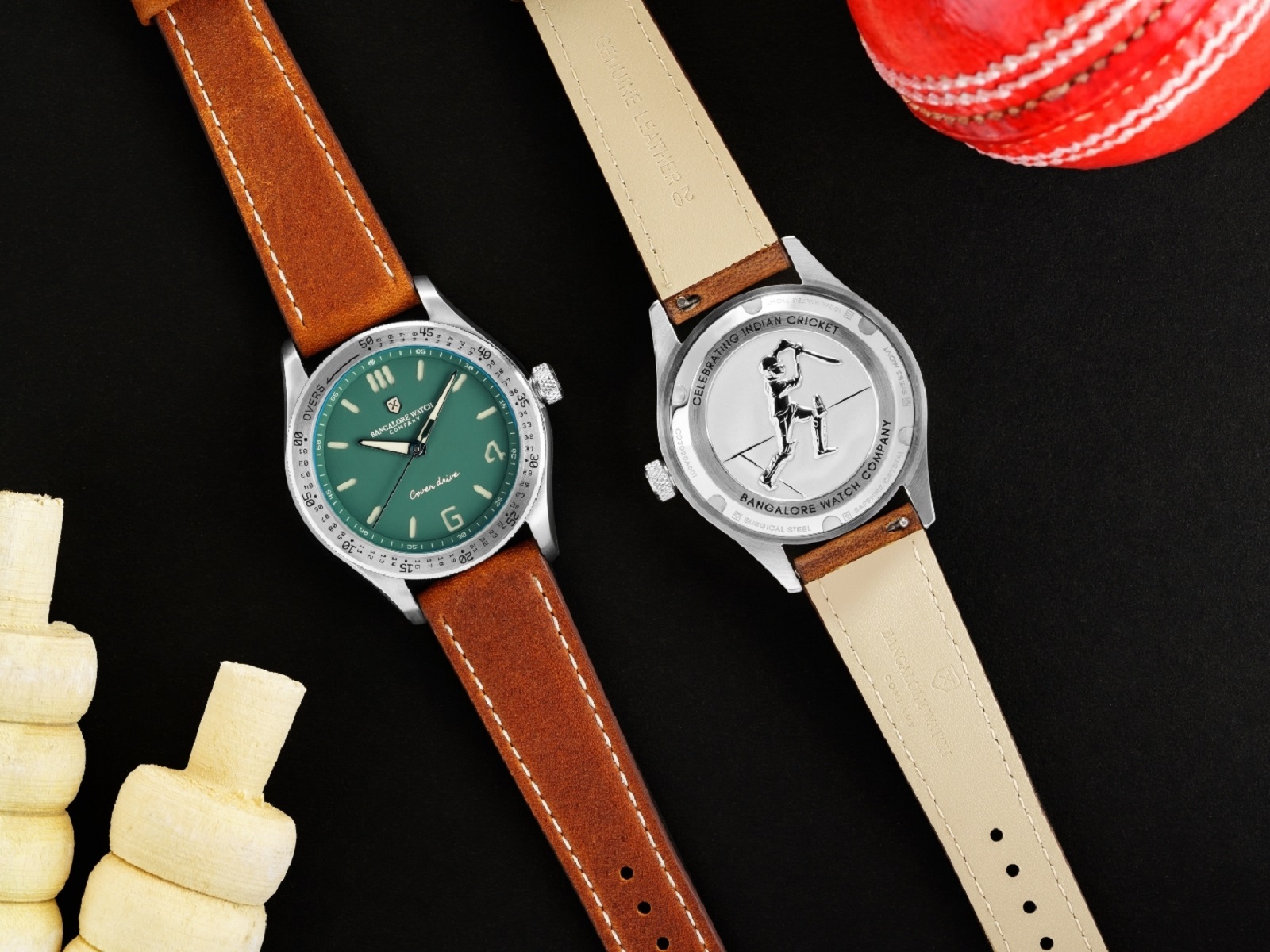 With the Parmigiani Bugatti Type 390.