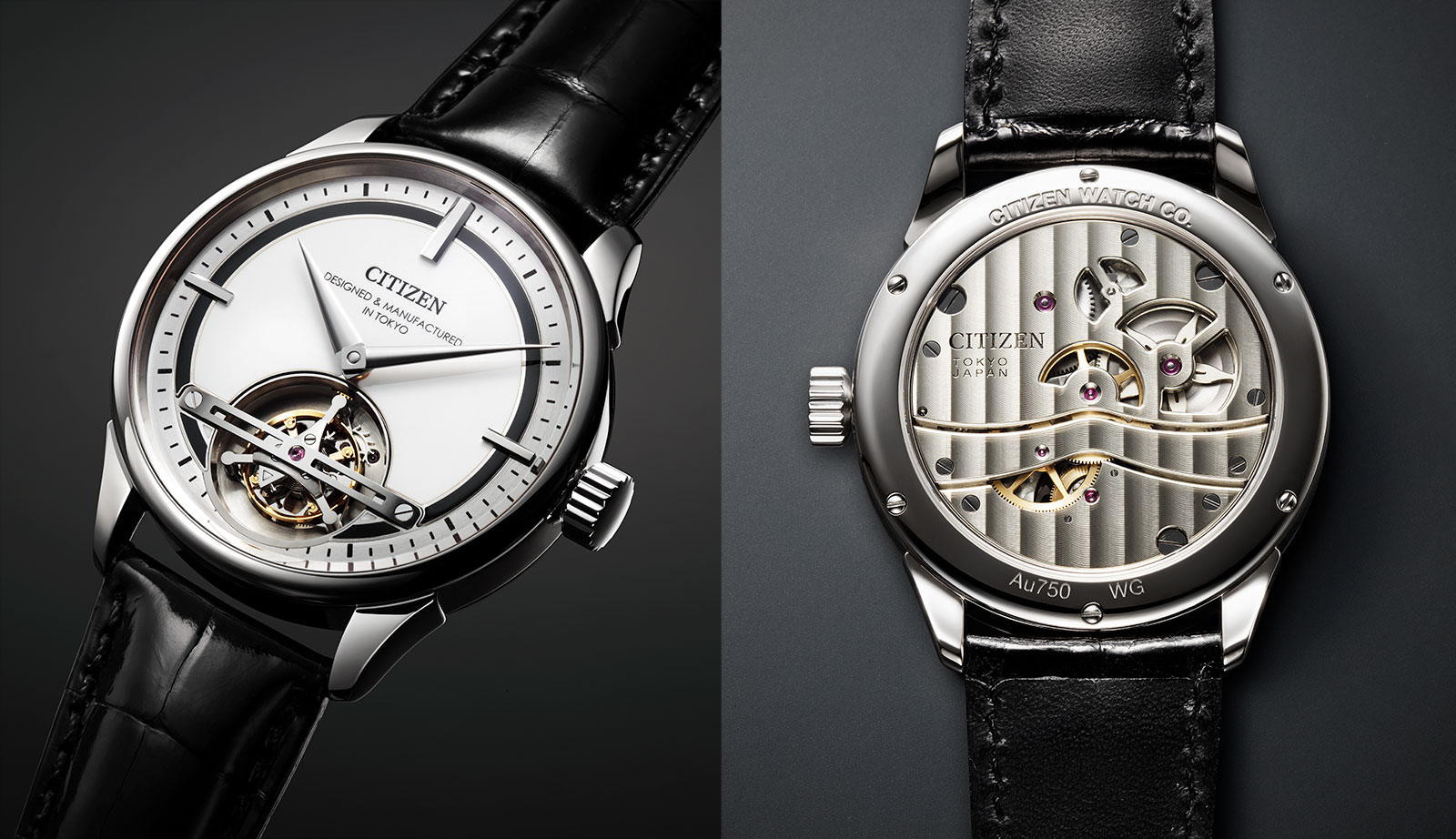 The Citizen Tourbillon Y01 will commemorate the 300th anniversary of major department store chain Daimaru, which got its start as a dry goods store in 1717. A limited edition of just two watches available only at Daimaru for about US$90,000, the Tourbillon Y01 has an 18k white gold case that’s 42mm in diameter and 12.2mm high. The dial is white and black cloisonné enamel. Although Citizen is the parent company of Swiss watchmakers Arnold & Son as well as La Joux-Perret, both of which make tourbillon movements, the Tourbillon Y01 is developed and produced in Japan by Citizen.

The cal. M001-Y01 inside is hand-wound with a 100-hour power reserve, while the balance runs at 21,600 beats per hour. The bridges visible through the sapphire back are decorated with striping that’s meant to evoke trees during the rainy season.