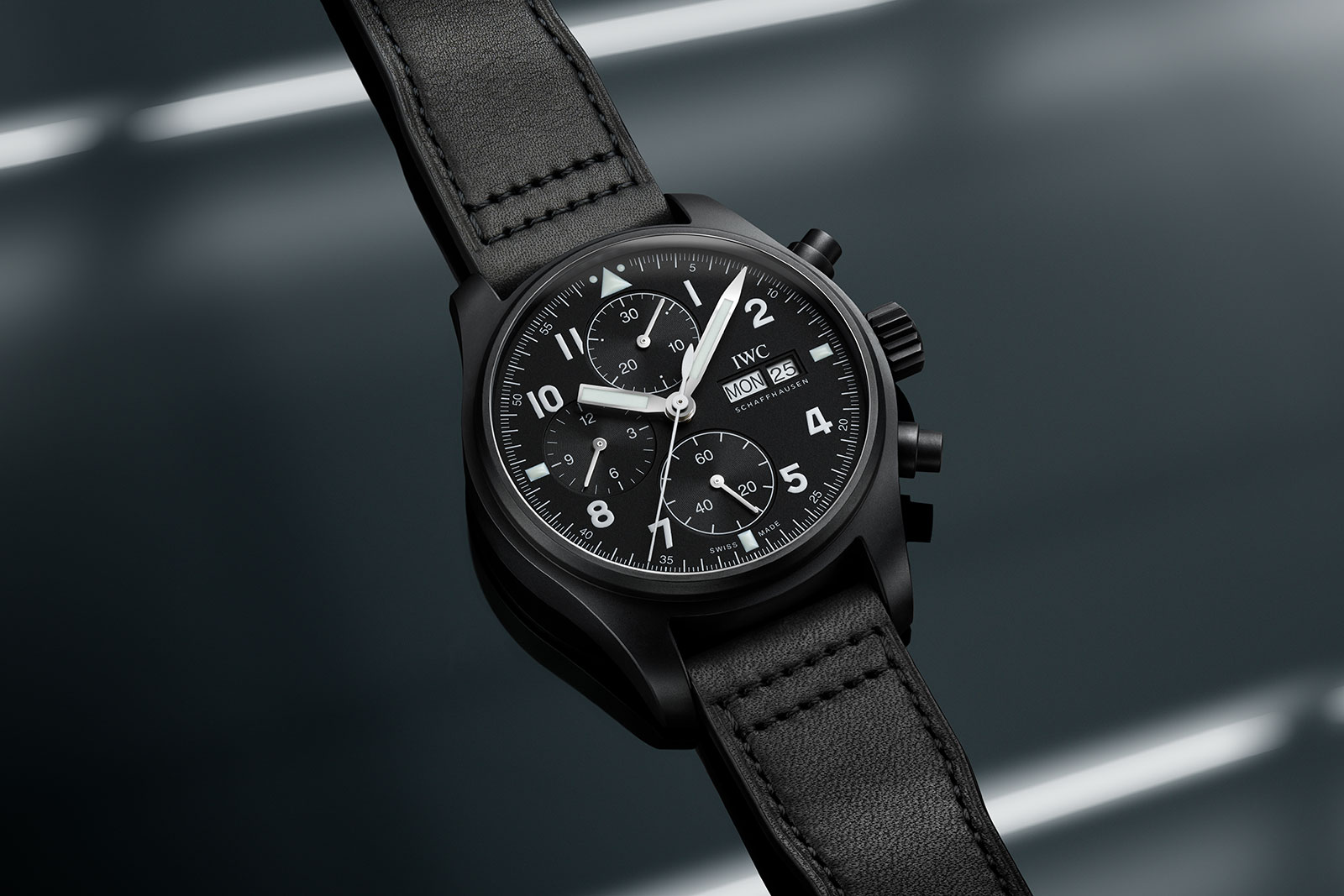 Perhaps the most widely leaked recent launch, the IWC Pilot’s Watch Chronograph Edition “Tribute to 3705” is a remake of the uncommon, ceramic-case Fliegerchronograph of 1994. Available only online via IWC’s web store, the Tribute to 3705 reproduces the look of the original, but in a larger case made of Ceratanium, essentially a titanium-ceramic composite. And the movement is the in-house cal. 69380. 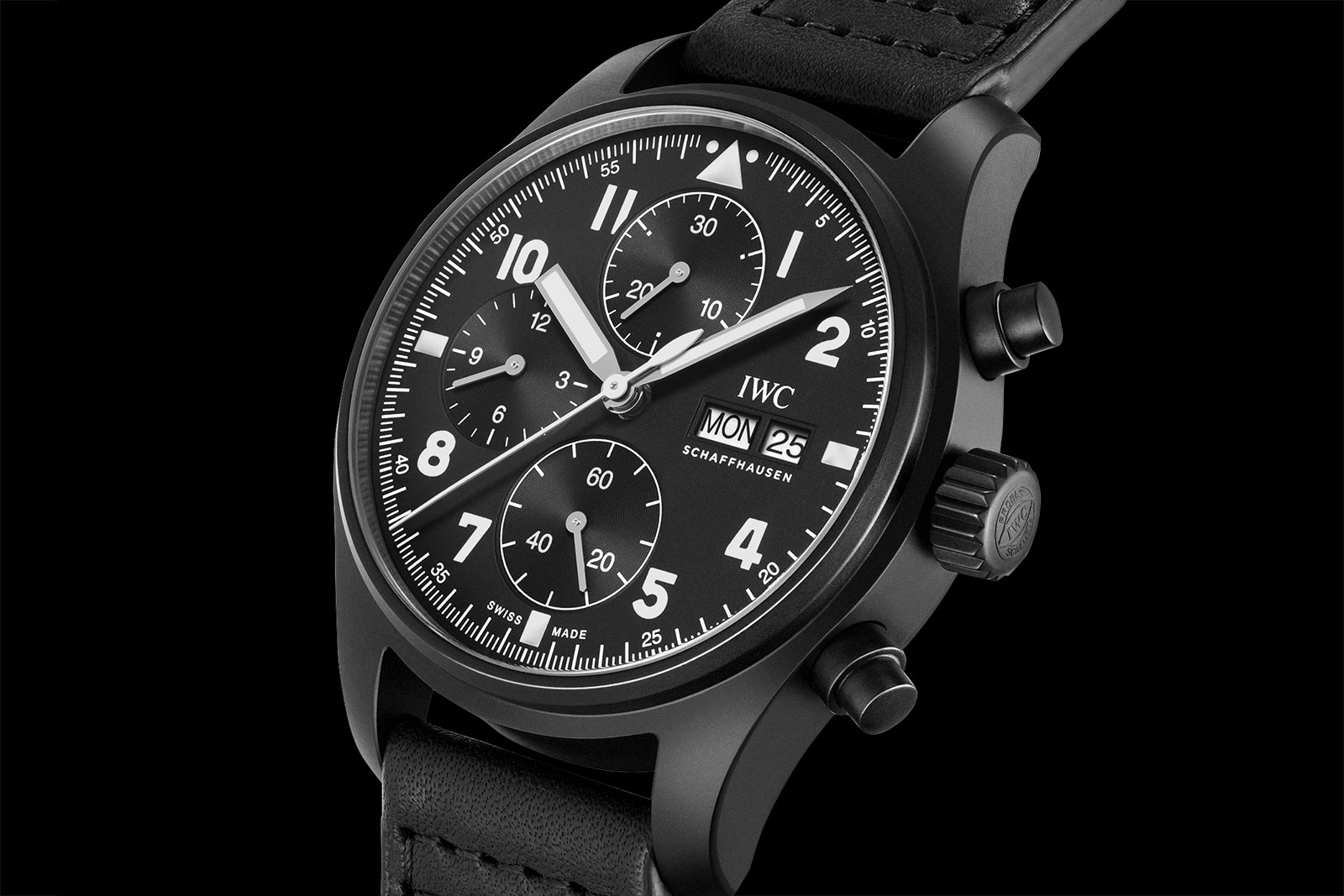 And it’s also an upgrade with the new case material as well as the in-house movement, which enhances the appeal. It is, however, expensive at US$11,900. That’s 20% more pricey than the Top Gun “SFTI” chronograph, which has a ceramic case and the same movement.

No doubt conceived to capitalise on desirability of the original 3705 – an example once owned by former IWC chief executive Gunter Blumlein sold for a little under US$54,000 in 2018 – the Tribute to 3705 will be sold exclusively online via IWC.com. That makes the project feel a little opportunistic, since it means IWC will retain almost all of the margin on the watch, instead of having to split it with a third-party retailer or even a landlord. That diminishes the appeal a little. 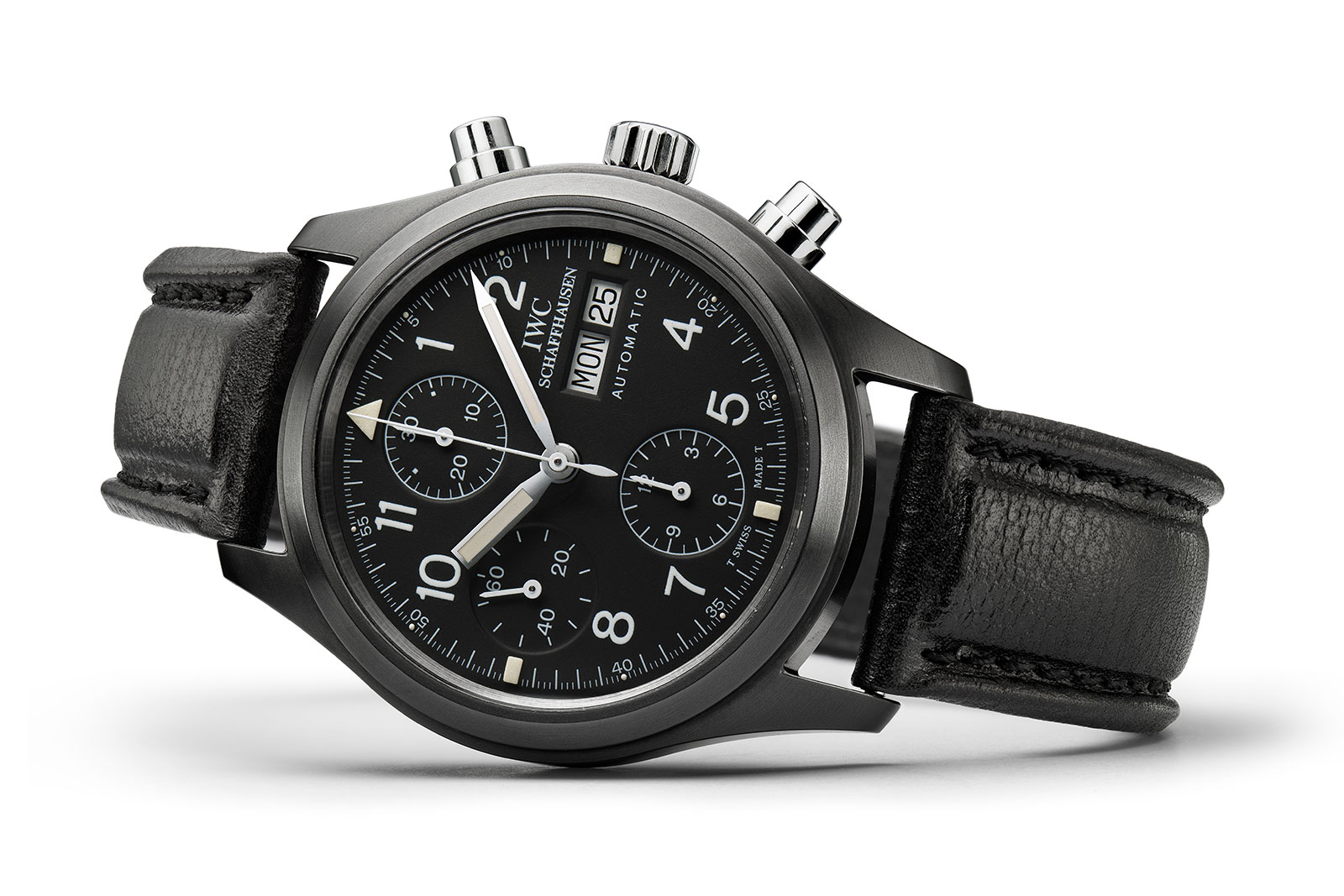 Larger than the 39 mm original, the Tribute to 3705 case is 41 mm in diameter, and a thick 15.3 mm high. It’s made of Ceratanium, as are the chronograph pushers and buckle. Ceratanium is actually a composite of titanium and ceramic. It’s produced via powder metallurgy, which can be summarised as mixing powdered forms of titanium and ceramic and then sintering the mix in a special oven at high temperature and pressure. 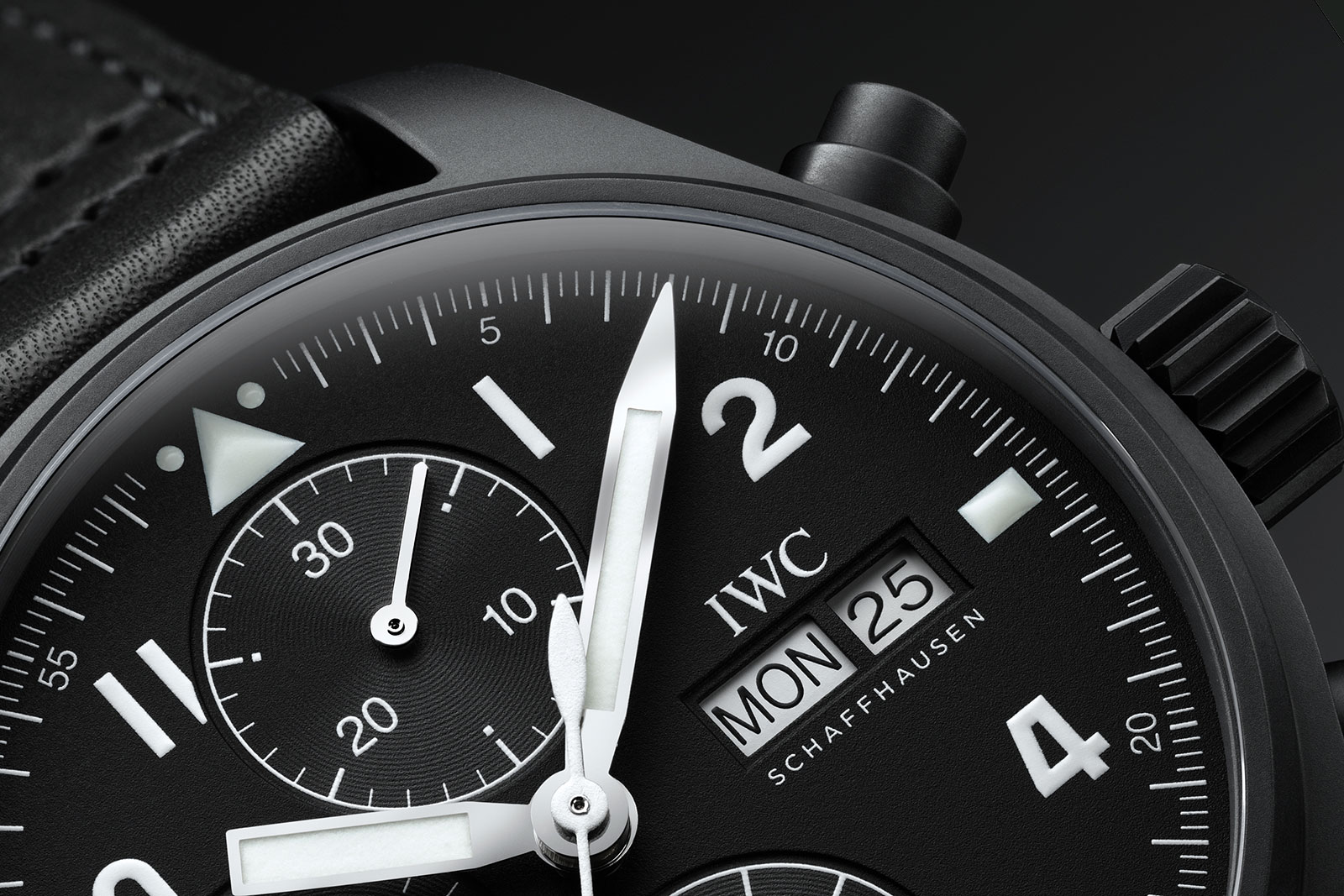 Though different from ceramic, Ceratanium is similar visually. That similarity continues on the dial, which sticks to the broad strokes of the original, but with different proportions given the larger case and new movement.

Compared to the original, the Tribute to 3705 has larger registers and a slightly different marker at 12 o’clock. And while the hands retain the shape of the original, the hour hand is disproportionately shorter. 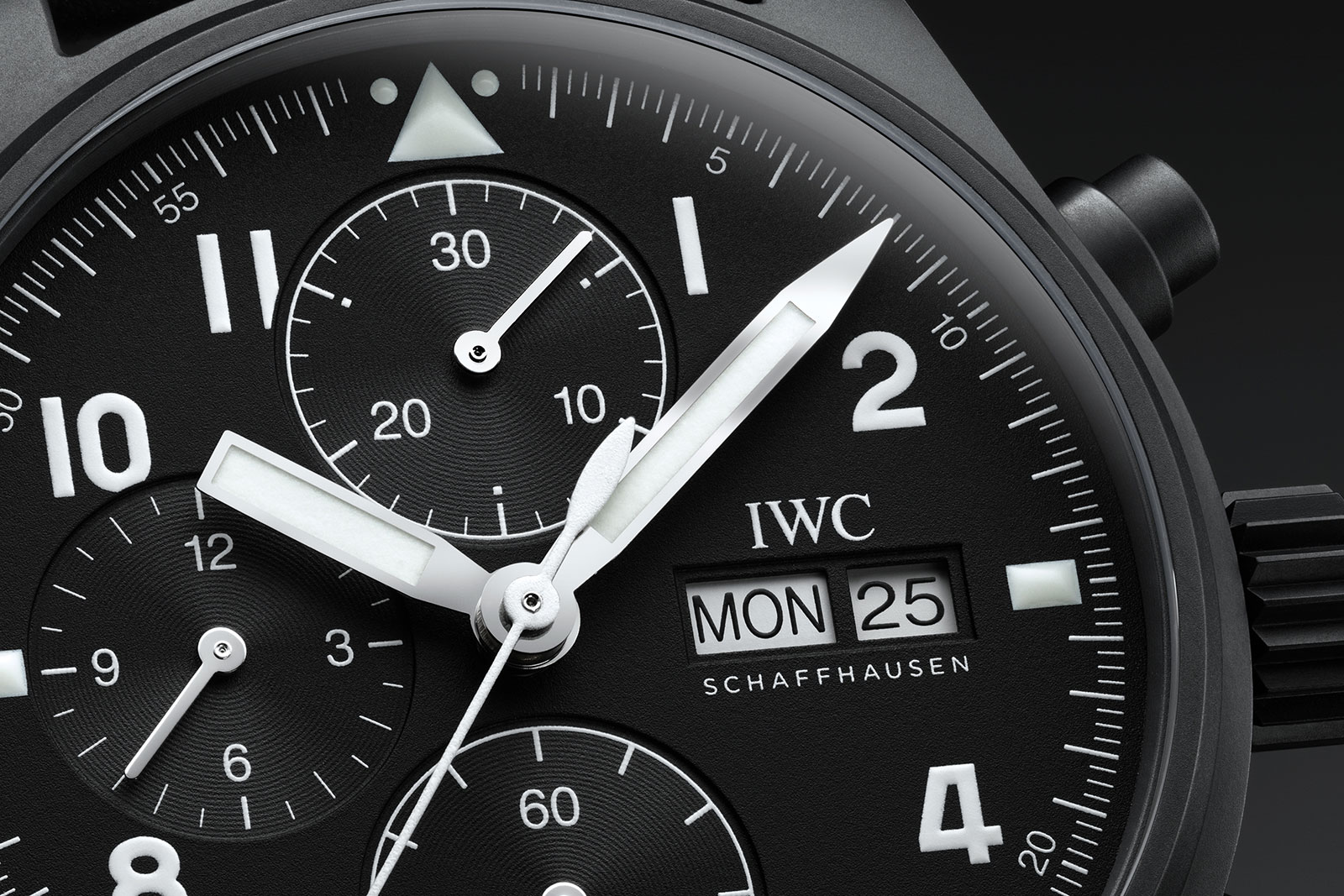 Inside the cal. 69380, a movement IWC developed to replace the Valjoux 7750. Though both have a similar chronograph layout, they are clearly different: the 7750 has its constant seconds at nine, while the cal. 69380 has the seconds at six.

The cal. 69380 is superior to the 7750 in features, including relying on a column wheel instead of a cam to control the chronograph. It also has a pawl-based automatic winding system similar to IWC’s signature Pellaton winding mechanism. 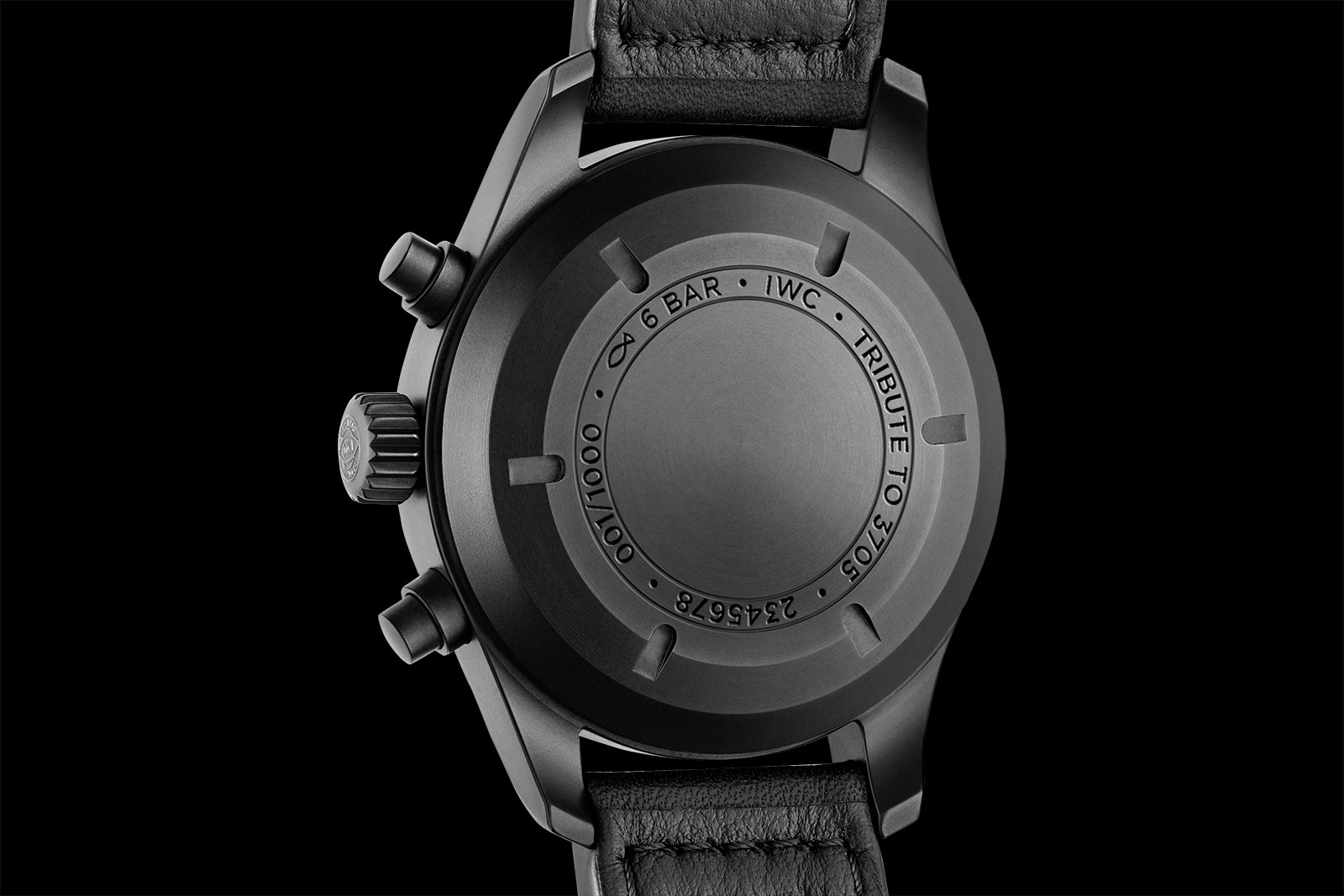 Correction February 25, 2021: Ceratanium is a titanium-ceramic composite, and not ceramic-coated titanium as stated in an earlier version of the article.