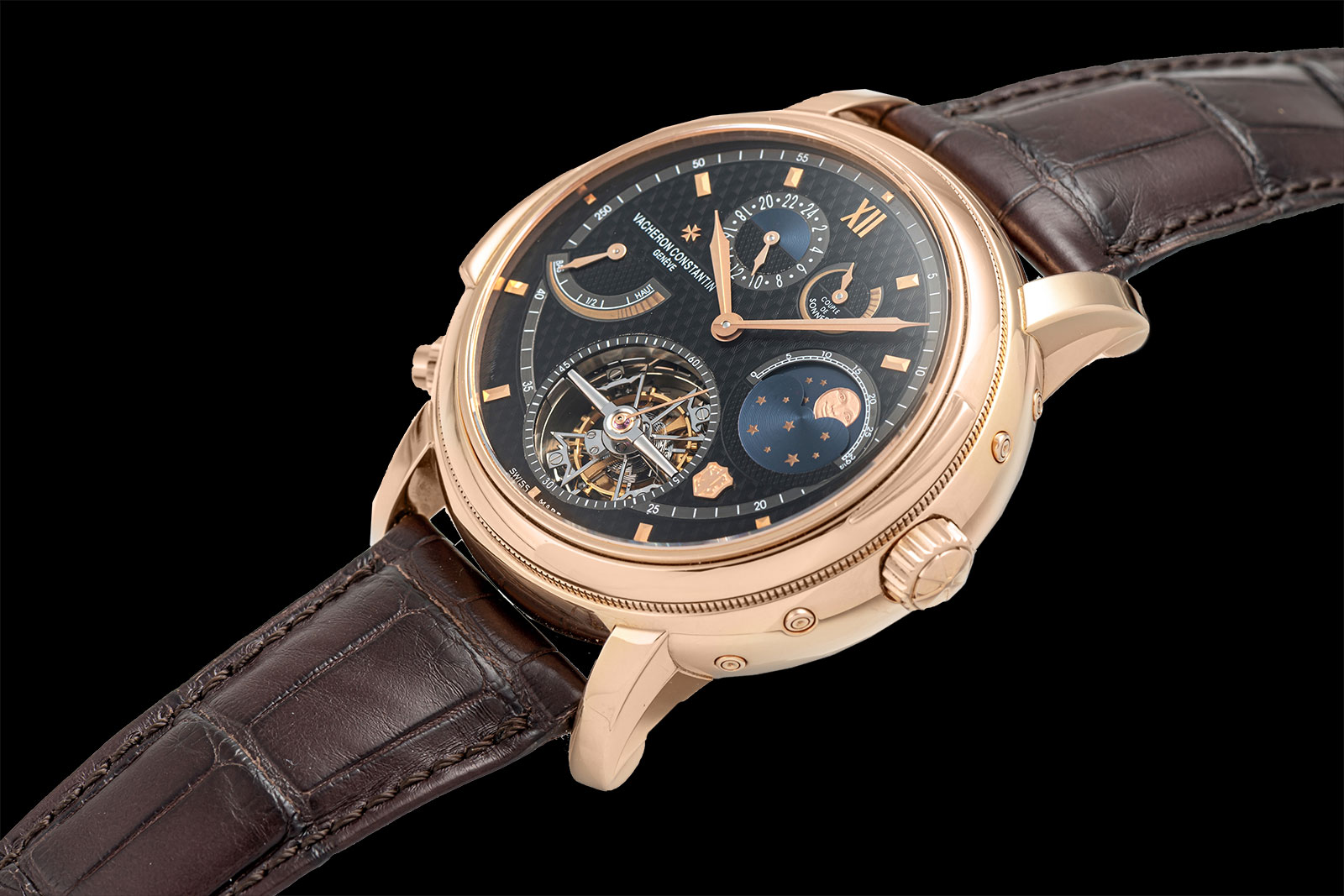 Taking place at the end of the third week of January 2021, the first major international watch auction is Antiquorum’s Important Modern & Vintage Timepieces in Monaco. The 304-lot auction will be capped by an appropriately major watch – the very first Vacheron Constantin Tour de l’Île Grand Complication that was produced for the watchmaker’s 250th anniversary in 2005.

First sold for 1.88 million Swiss francs at the Quarter Millennium of Vacheron Constantin thematic auction staged by Antiquorum and Vacheron Constantin in April 2005, the Tour de l’Ile was one of the first mega-complications of the modern era. When the Tour de l’Ile was launched, the Patek Philippe Sky Moon Tourbillon ref. 5002 was only three years old, the Lange Tourbograph had yet to be launched, and Greubel Forsey had only been founded a year earlier. 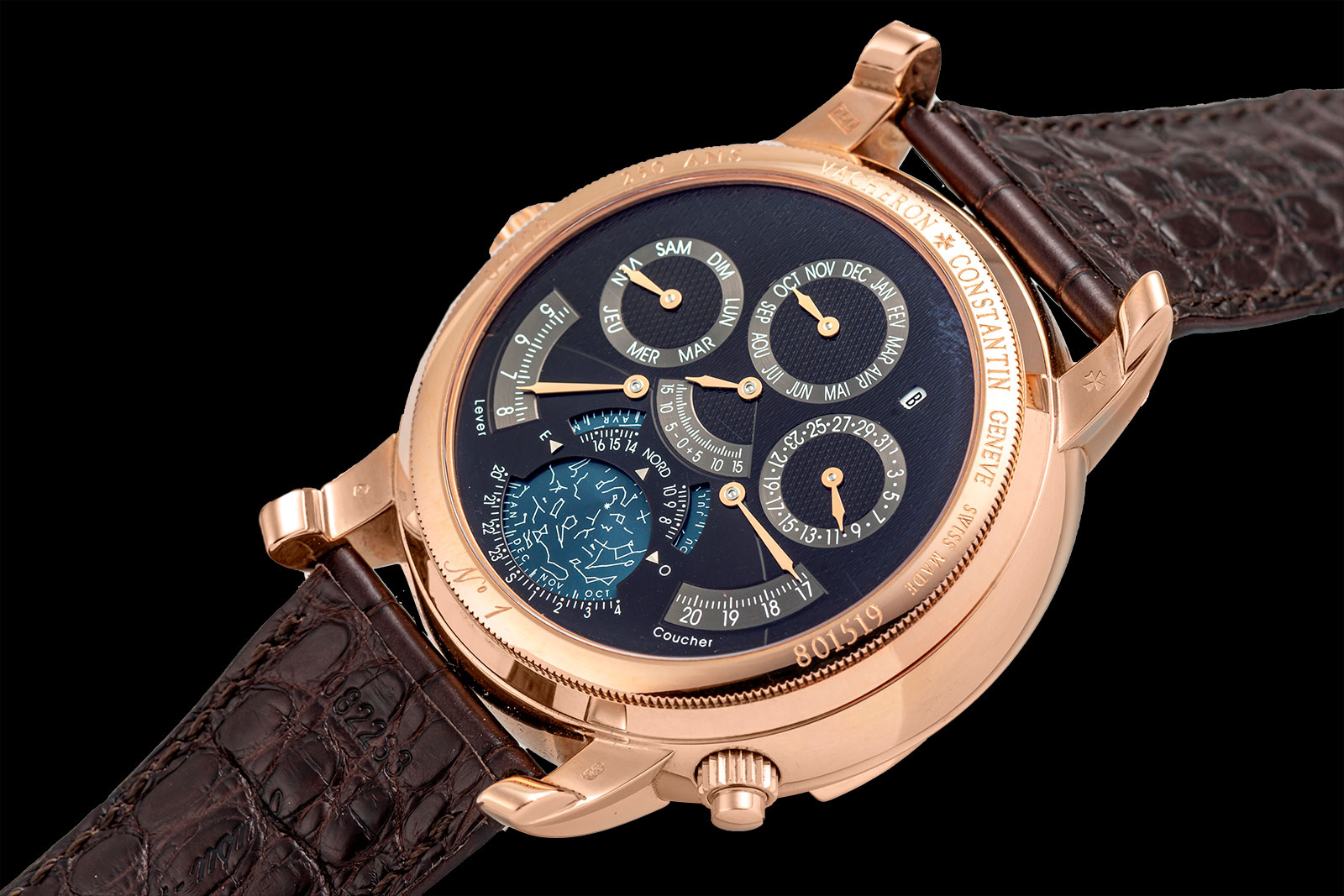 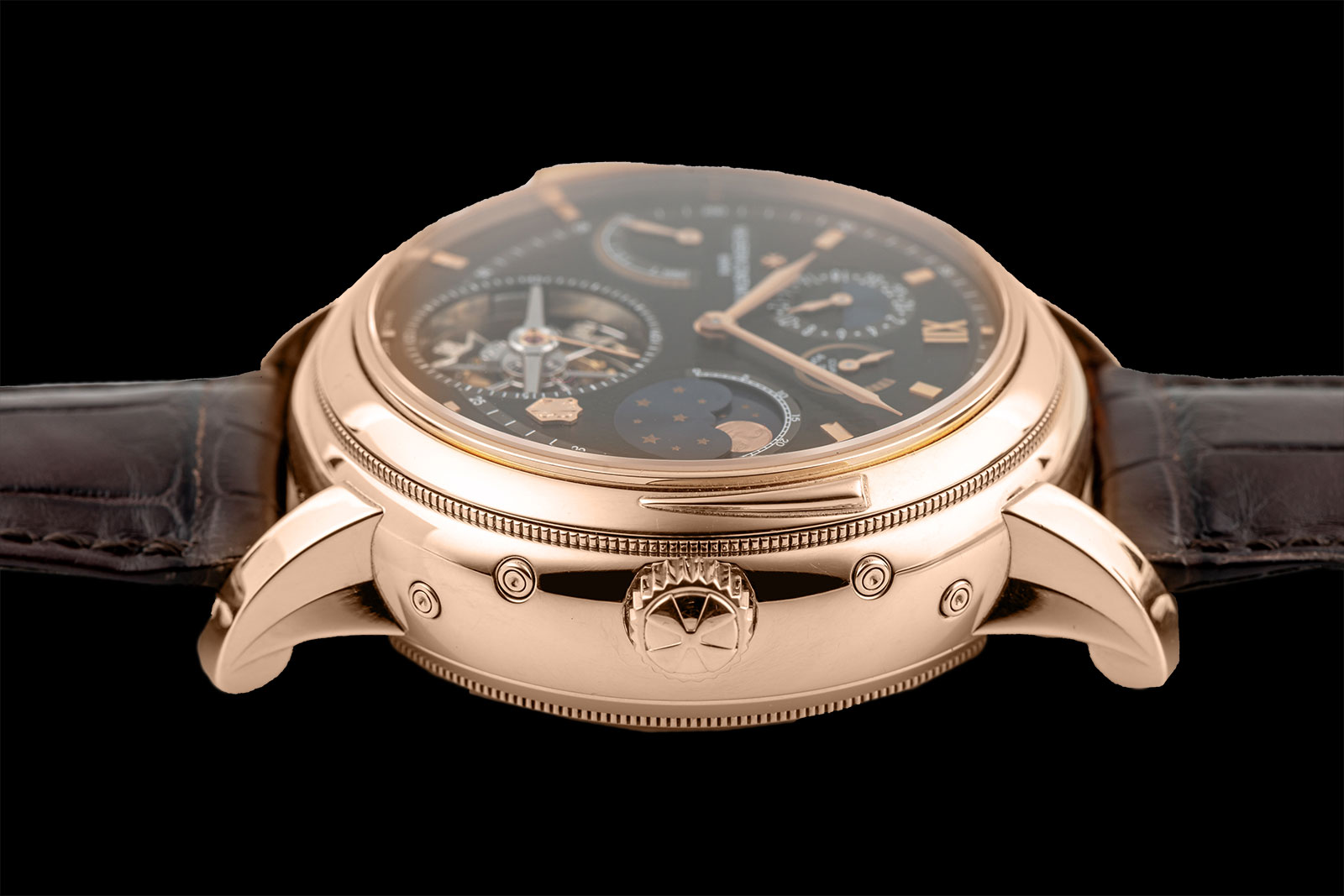 At its launch, the Tour de l’Ile was billed as the world’s most complicated wristwatch – and also became the most expensive wristwatch sold at auction – thanks to its 16 complications displayed on two faces in a case 47 mm wide and almost 18 mm tall.

Named after the location of Vacheron Constantin’s workshop in the 18th and 19th centuries – Tour de l’Ile literally translates as “tower on the island” – the wristwatch is powered by the 834-component cal. 2750. It features a minute repeater, perpetual calendar with moon phase, star chart, celestial annual calendar, tourbillon, sunrise and sunset times, equation of time, power reserve indicator, second time zone with day and night display. 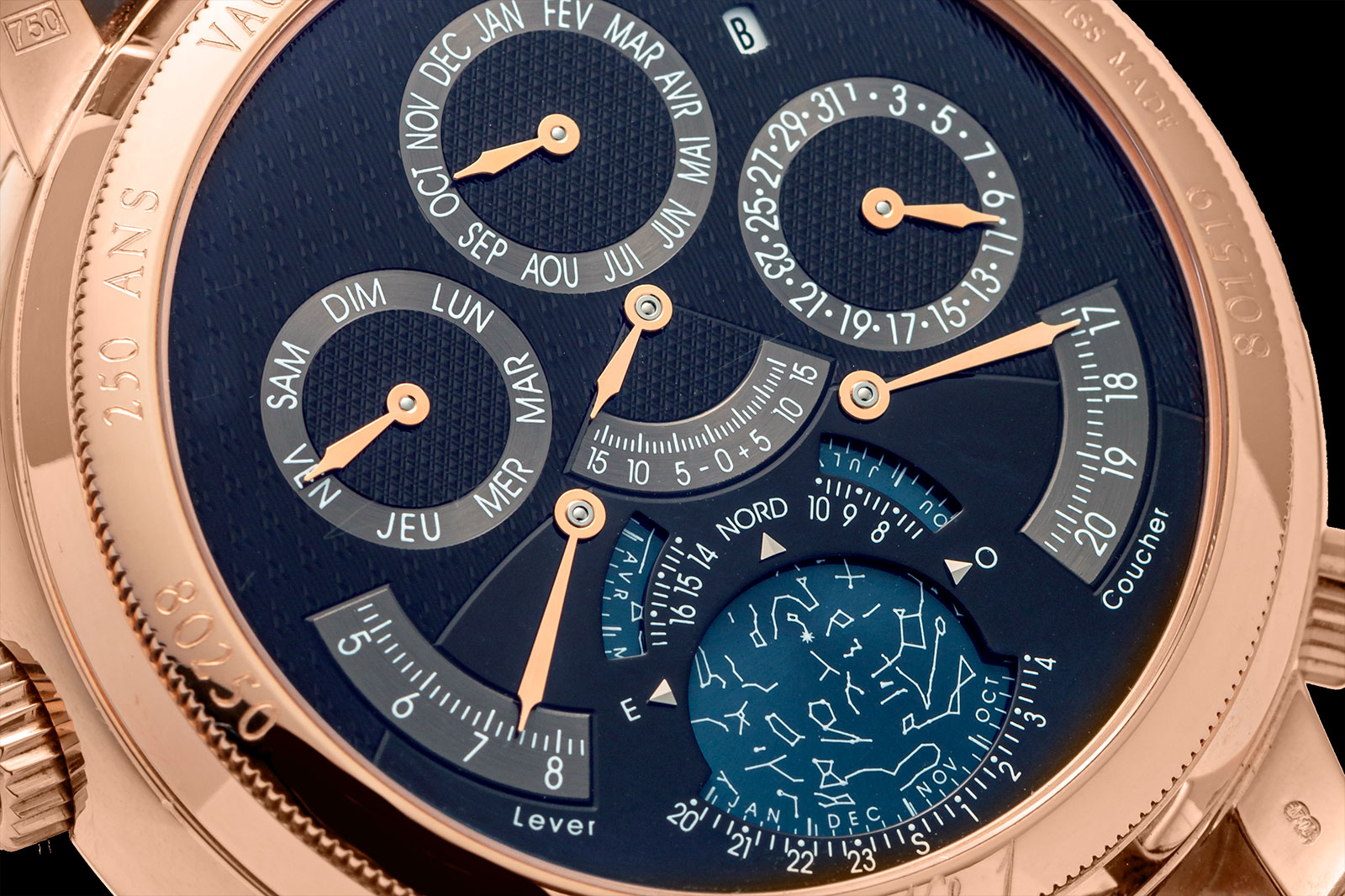 Eight examples of the Tour de l’Ile were made – with seven sold and the last piece retained by Vacheron Constantin for its museum – all with a silver dial and rose gold case, save for this very watch. Both watch “No. 1” as well as a piece unique, this is has black guilloche dials on both its front and back, this is the best-looking version of the Tour de l’Ile, and also unusual amongst grand complications, where silver dials are the norm. 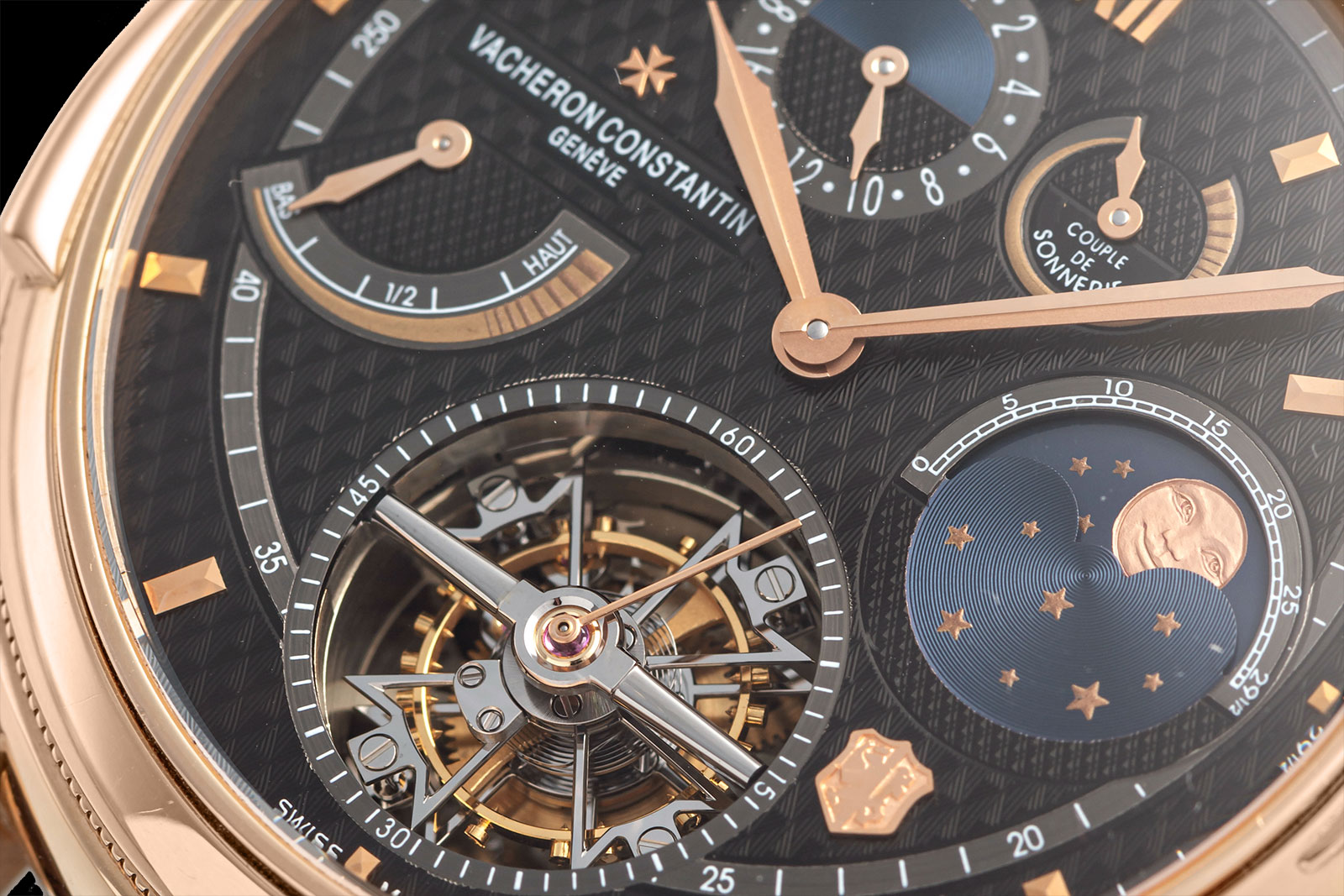 Though distinct from the Tour de l’Ile, the later watches are similar in being double-faced grand complications, which does take away slightly from the unique status of the original. But given how much retail prices have risen since 2005, the Tour de l’Ile is something of a bargain with an estimate similar to what it sold for 15 years ago. 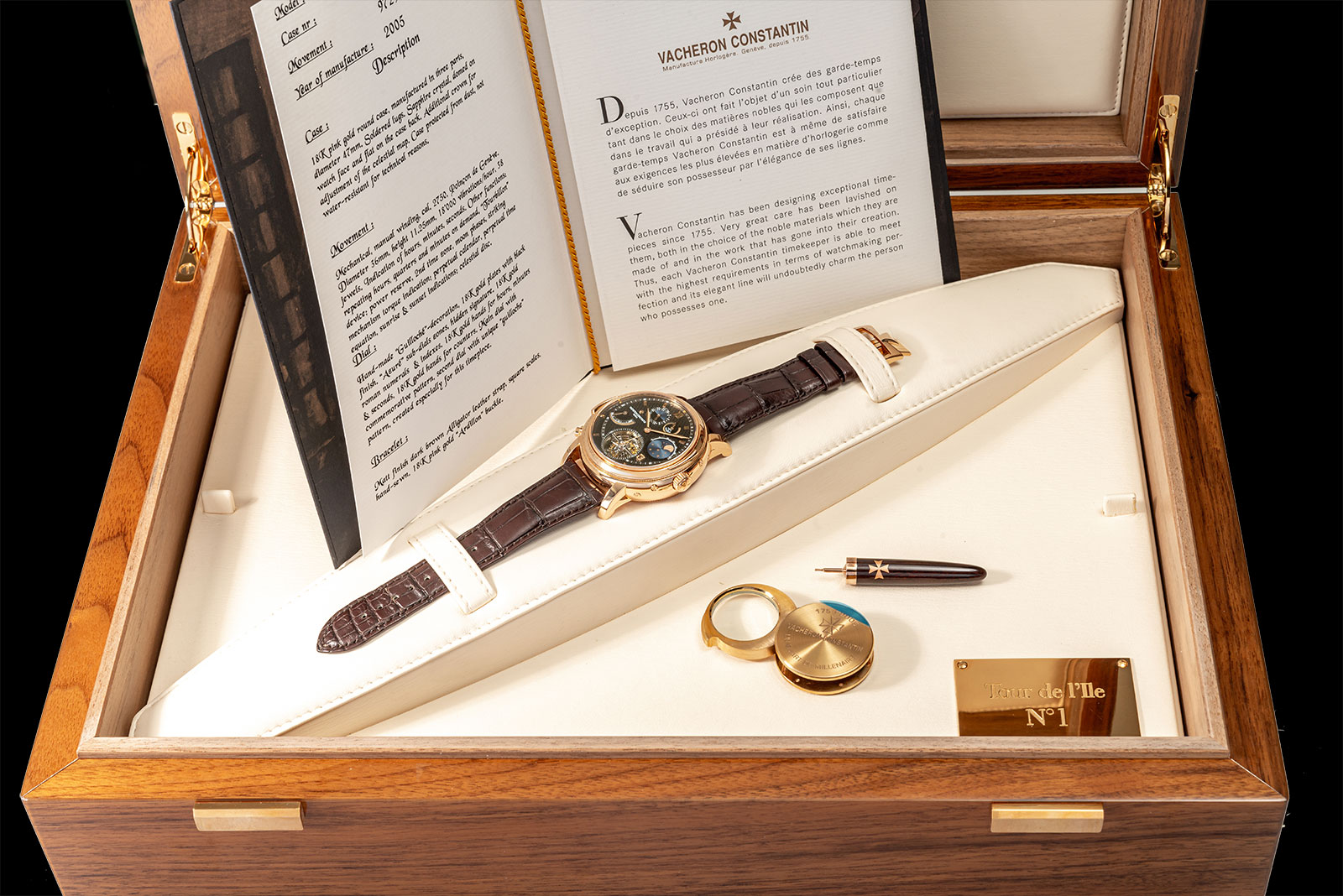