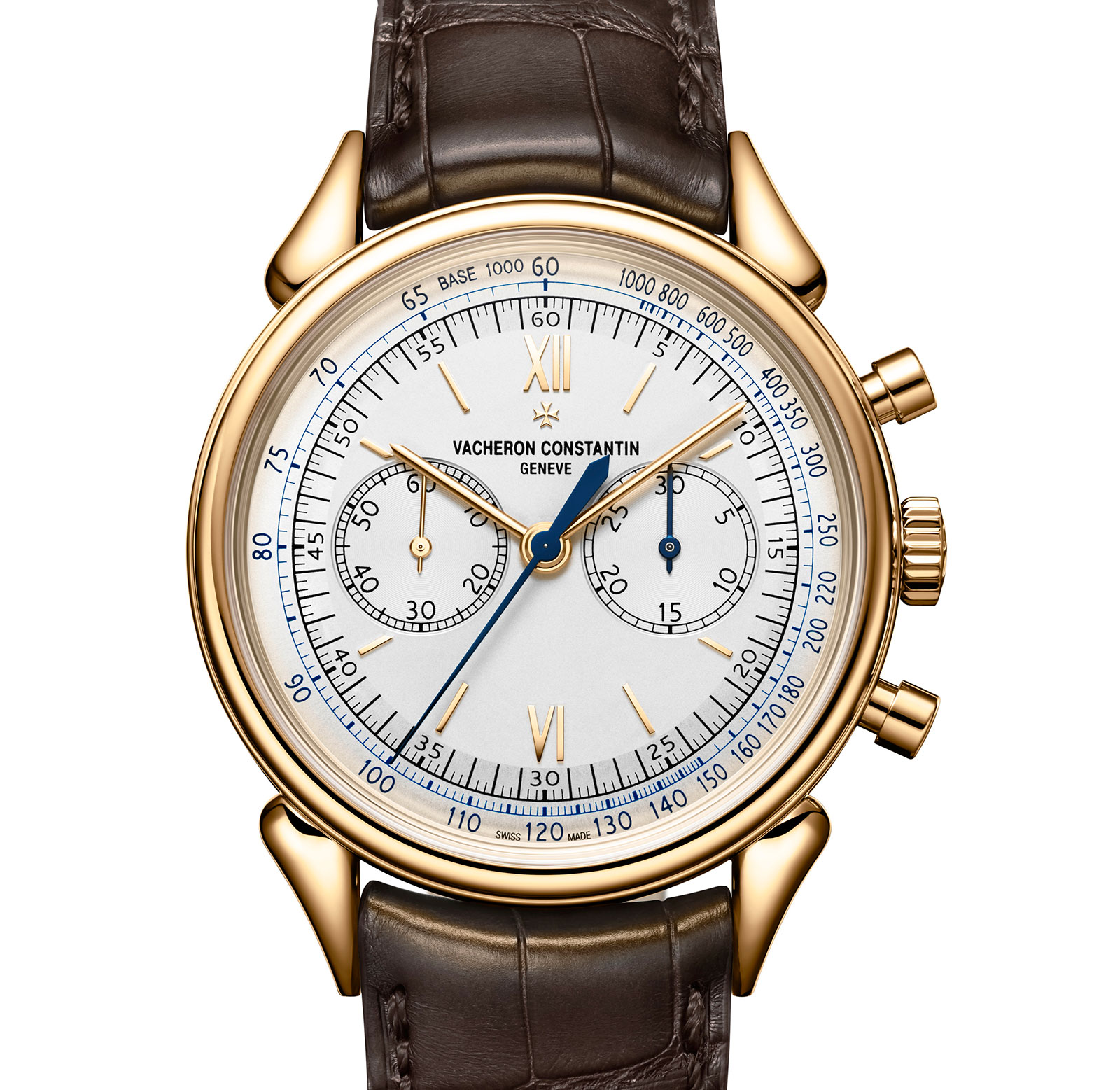 Unveiled last year in platinum, the Historiques Cornes de Vache 1955 is a chronograph modelled on the 1950s Vacheron Constantin ref. 6087. The nickname cornes de vache, which translates as “cow horns”, stems from the pointed lugs. Though the Cornes de Vache 1955 is not a novel design, the look is immediately appealing, including in its latest guise in rose gold.

The rose gold Cornes de Vache 1955 is nearly identical to its platinum sibling, with the same silver dial featuring blue accents on the tachymetre as well as blued steel chronograph hands. The case remains 38.5mm in diameter and just under 11mm high, containing the calibre 1142. Based on the Lemania 2310 (best known as the calibre 321 found inside the original Omega Speedmaster Moon Watch), the 1142 is now made in-house by Vacheron Constantin. That is thanks to its sister company Roger Dubuis, which bought the rights to make the movement in the mid-2000s. Though still recognisable as the Lemania 2310, the 1142 has been significantly upgraded, most notably with a free-sprung balance wheel and a decorative Maltese cross on top of the column wheel.