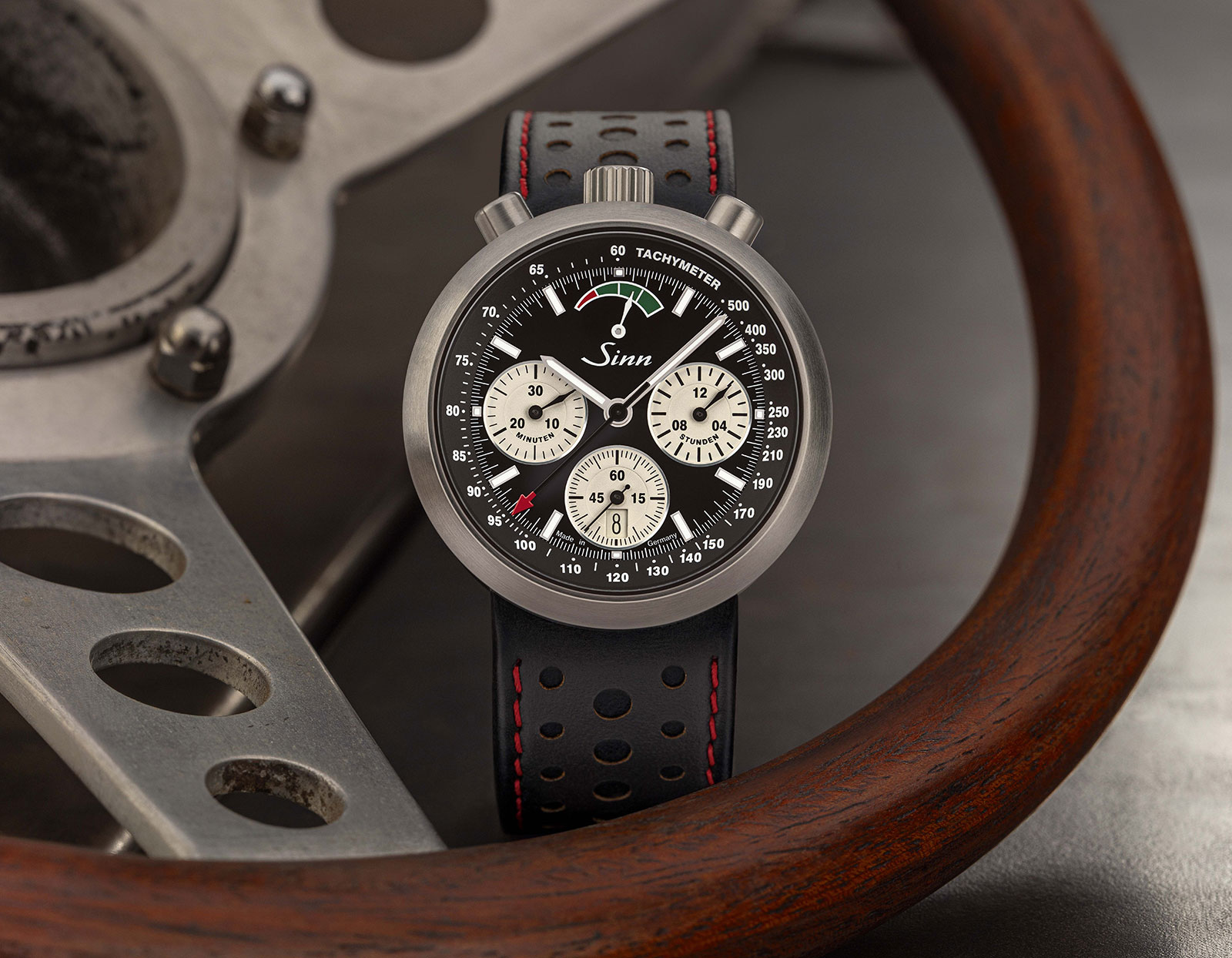 Famous for its no-nonsense “tool” watches, some of which are supplied to the German military and law enforcement, Sinn’s latest debut is slightly different. Inspired by auto racing, the R500 chronograph is a watch that shows the brand can have some fun, while being properly functional. 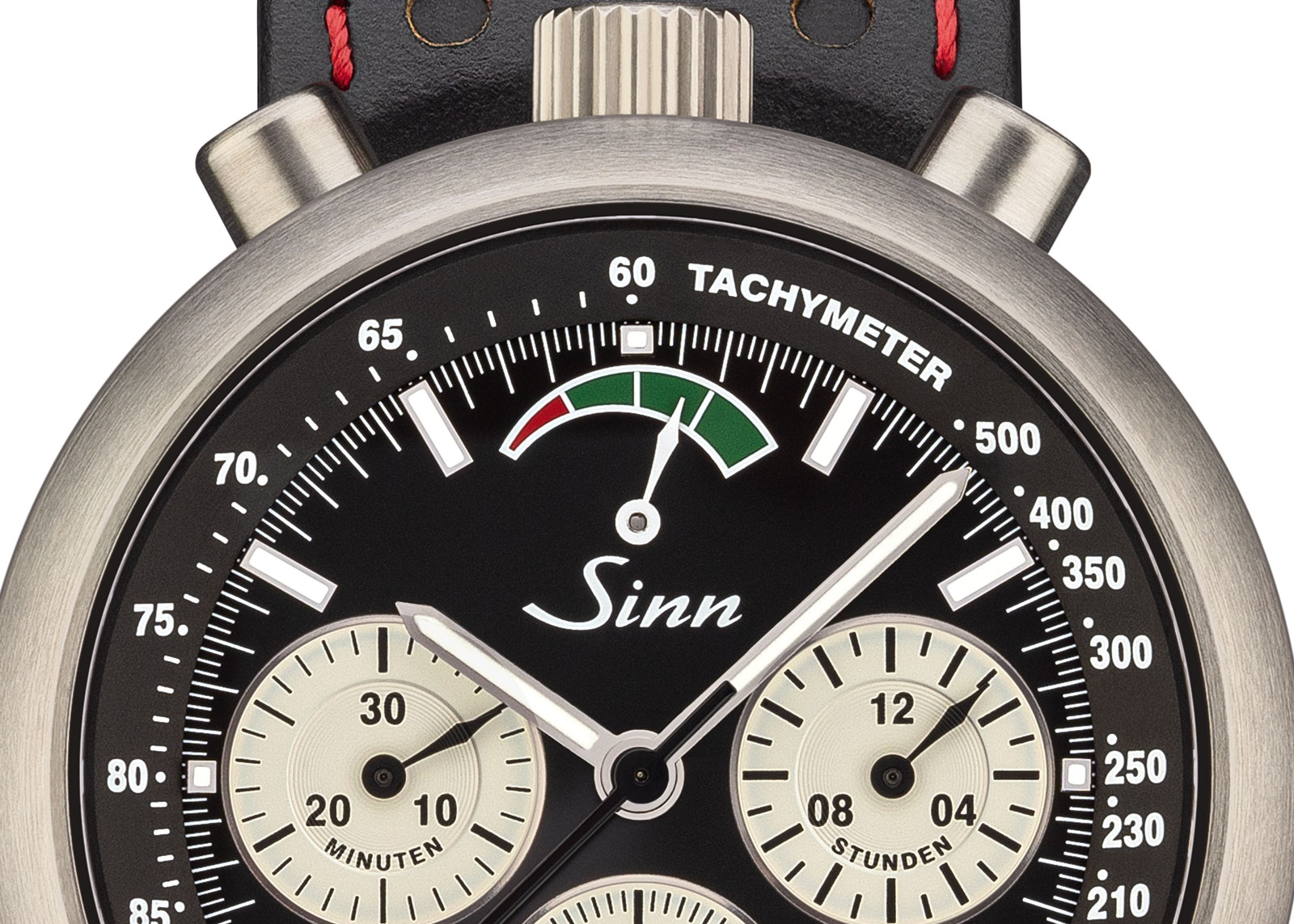 Radically different from Sinn’s usual fare of pilot’s or military-style watches, the R500 is arguably the most interesting watch amongst the brand’s recent releases. It’s recognisably 1970s in style, but with a clean dial design that avoids the “exotic” dial found on the vintage original, which was a typically 1970s feature that can look dated today.

A notable element of the dial design is the power reserve indicator at 12 o’clock, which seems unnecessary for an automatic watch. But German rally champion Peter Göbel, speaking during a video interview for the launch of the R500, noted that a fully-wound mainspring is crucial before starting a race – since the chronograph can be used to time laps – so it is useful in that context.

And it’s also unusual against the broader landscape because “bullhead” chronographs are rare. The design has been sparingly recreated in modern era, most notably by Singer, Omega, and Hamilton, but no watchmaker has done it recently. It’s synonymous with the 1970s, but unlike that decade’s luxury-sports watches, the “bullhead” has never quite caught on. 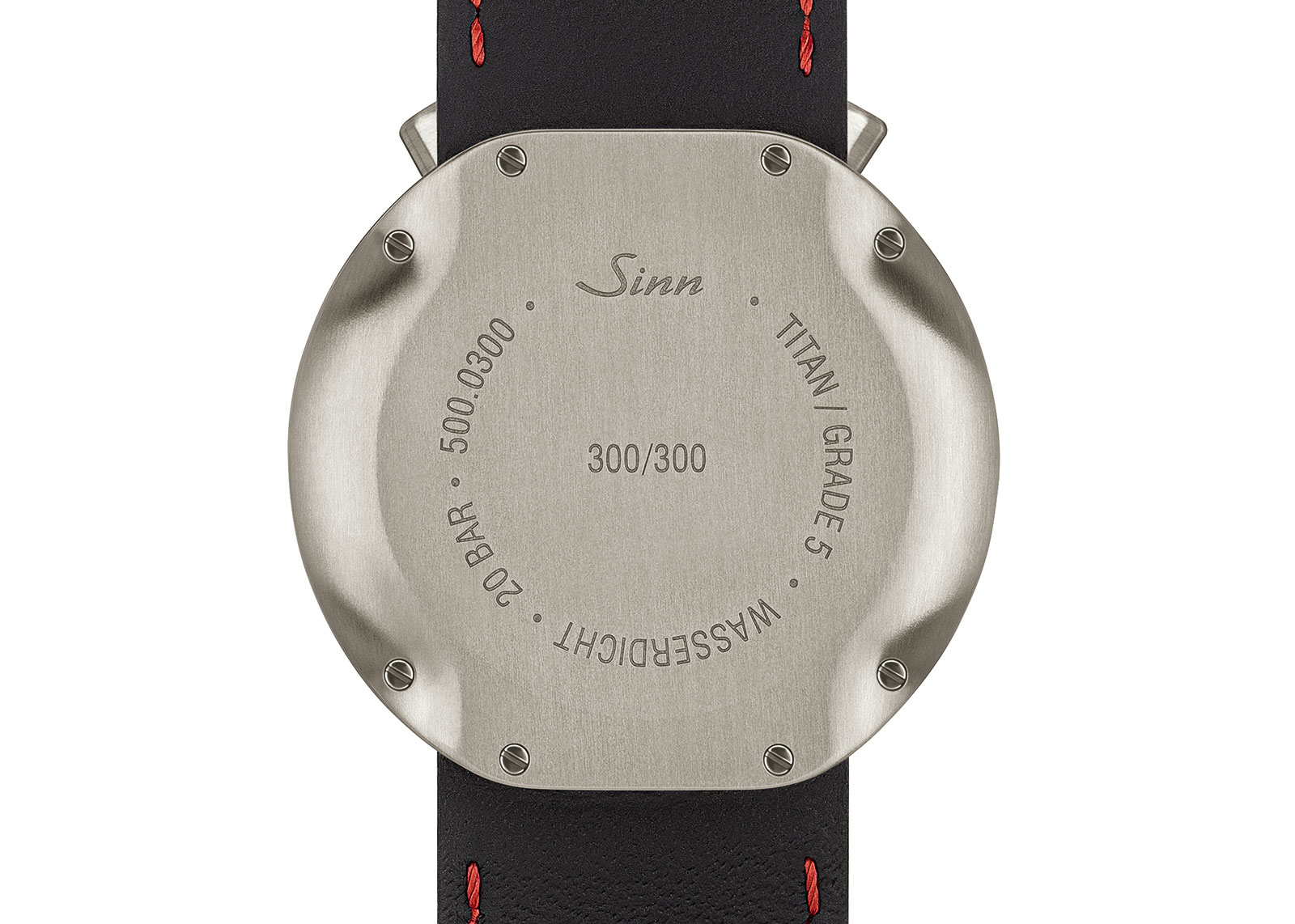 A key trait of the “bullhead” design – and perhaps something that limits its appeal – is the chunkiness of the case. At 42 mm wide and 16 mm high at its thickest, the R500 is large, but fortunately not too heavy as it is made of titanium.

Additionally, the case is round instead of tonneau-shaped, and it has no lugs, with the strap secured to the case with screws. This helps it fit better, because its effective size is reduced.

Priced at a little over US$4,000, the watch feels expensive for something powered by the robust-but-inexpensive ETA Valjoux 7750, especially when other Sinn chronographs with the same movement cost substantially less. That said, it does seem like fair, justifiable value considering two important factors: the relatively small run of just 300 watches – which means the tooling required for the case is amortised over just 300 units – plus its appealing, uncommon look.

Reputedly designed to improve accessibility of the pushers while driving or flying, the “bullhead” chronograph is ergonomic and also symmetrical. Racing driver Mr Göbel also pointed out in his interview that the “bullhead” design makes the chronograph easy to operate for both left- and right-handers.

Less obvious is the sloped case profile, a feature typically found on vintage “bullhead” chronographs. Featuring a pronounced slope from 12 o’clock to six o’clock, the dial is meant to be totally legible, even when with the hands on a steering wheel.

Notably the “bullhead” was not the first attempt at improved usability for professionals. Another approach was the tilted, off-centred dial dictated by a 1930s US Army Air Corps specification for an aviator’s chronograph, which has been reproduced in the modern day by Longines with its Avigation Type A-7 remake. 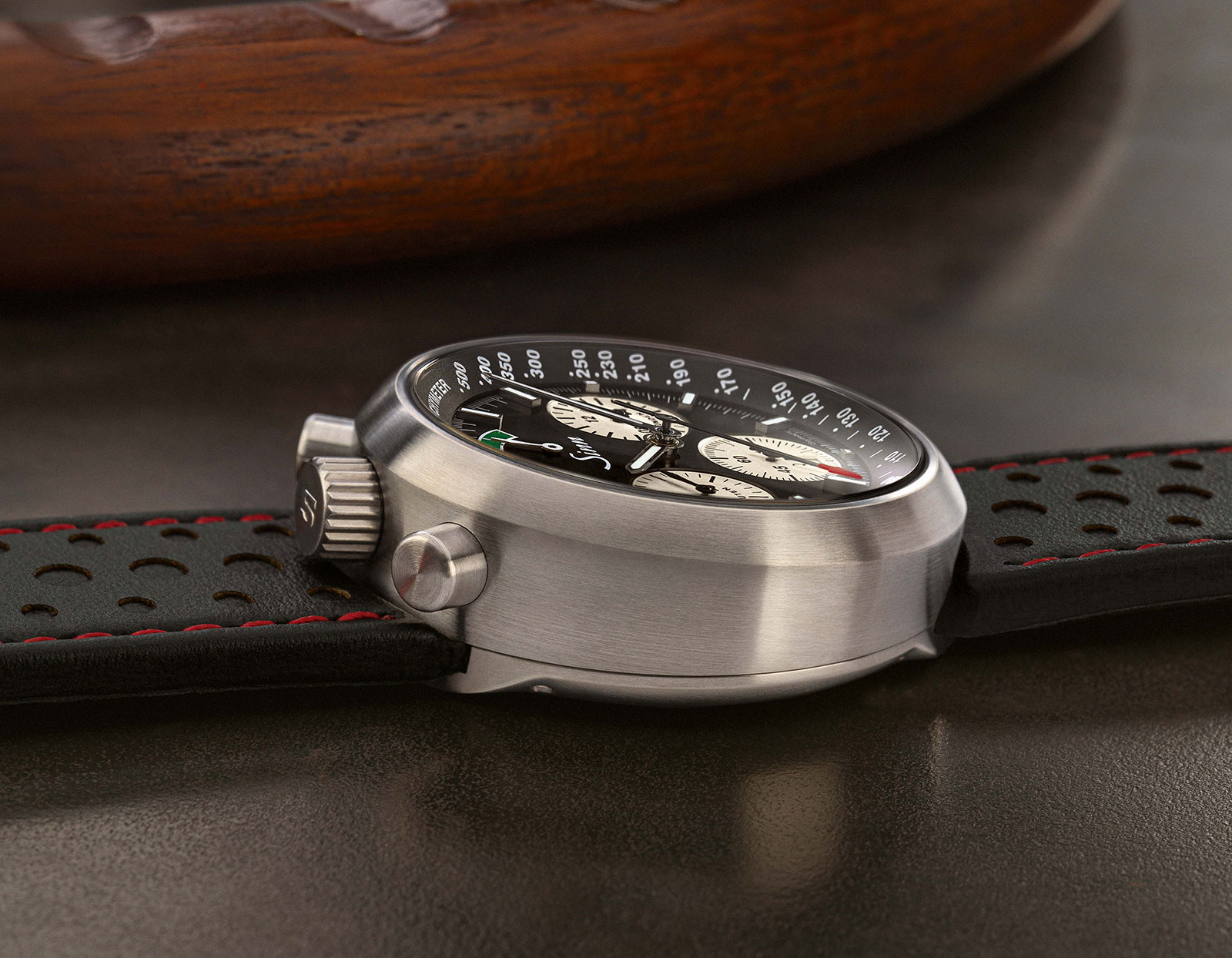 Though the “bullhead” design is different from the usual Sinn look, the R500 remains no-nonsense and durable, qualities that define the brand. Being fully brushed, the case finish matches for the large “tool” watch aesthetic. And despite being a tool watch, the dial features a handful of appealing details, including the chamfer around the recessed chronograph registers, a detail that refines the look but is uncommon at this price point.

Getting its name from the distinctive position of the crown and pushers, the seventies-era Omega chronograph has been reissued as the Seamaster Bullhead limited edition, retaining all of its vintage charm with a modern twist.