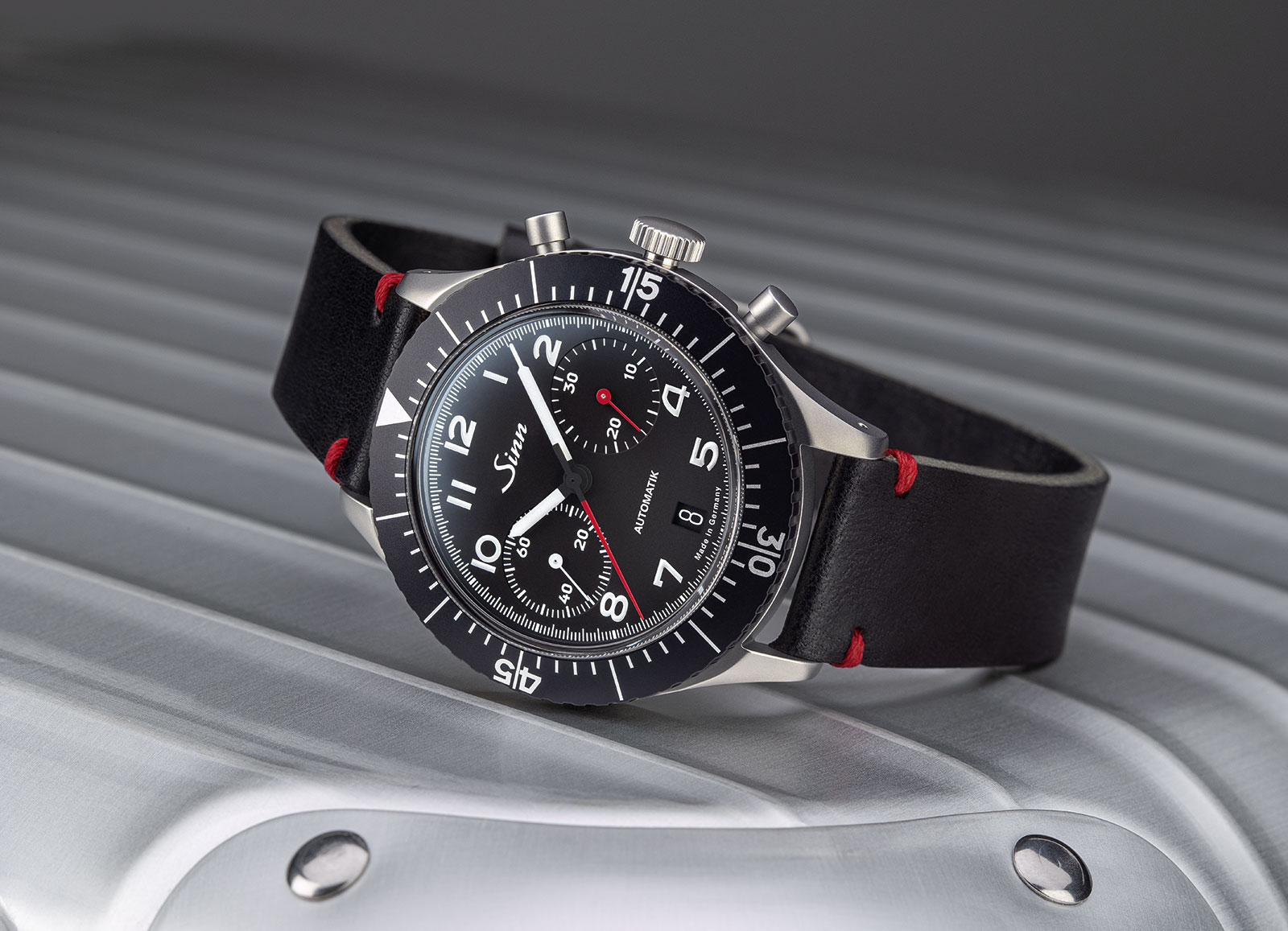 The new Sinn 158 is unusual in being a remake of a vintage watch originally produced by another company, but due to a quirk of history, simultaneously a Sinn.

In the 1960s and 1970s Heuer supplied the German armed forces, or Bundeswehr, with the 1550 SG flyback chronograph. Though typically military in style, the Heuer 1550 SG was fairly distinctive, with a black-coated rotating bezel and oversized sub-dials. 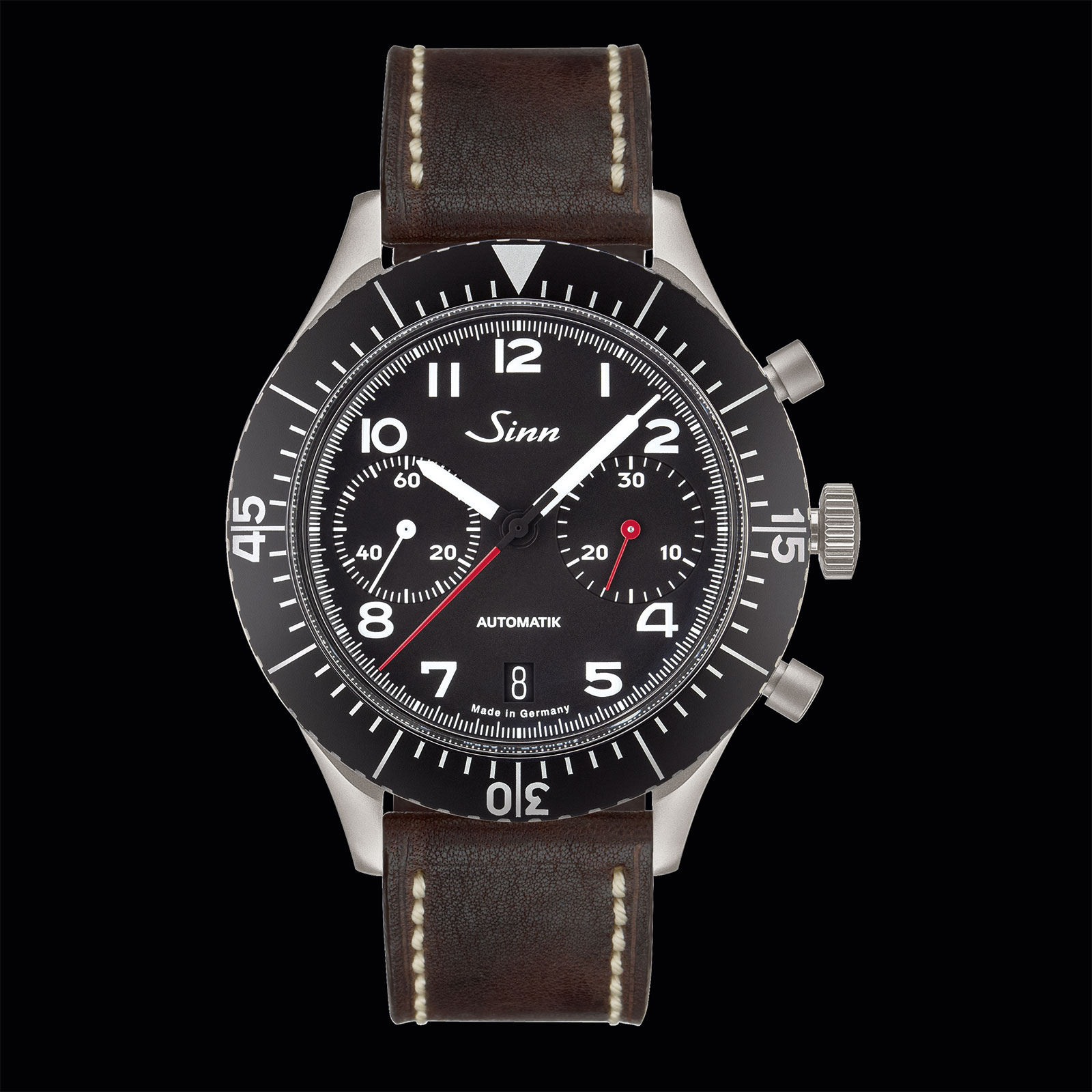 In the 1980s, Sinn was contracted by the Bundeswehr to refurbish the 1550 SG watches, resulting in some having a Sinn-branded dial. At the same time, decommissioned or surplus watches were also acquired by Sinn, which then sold them to civilians.

Having become something of a cult favourite due to its design, size, and affordability, the Heuer 1550 SG has been the subject of several past remakes by Sinn. Named the Sinn 155, the earliest remake was for the Japanese market in 2007, and later editions included a 155 for German department store Manufactum. 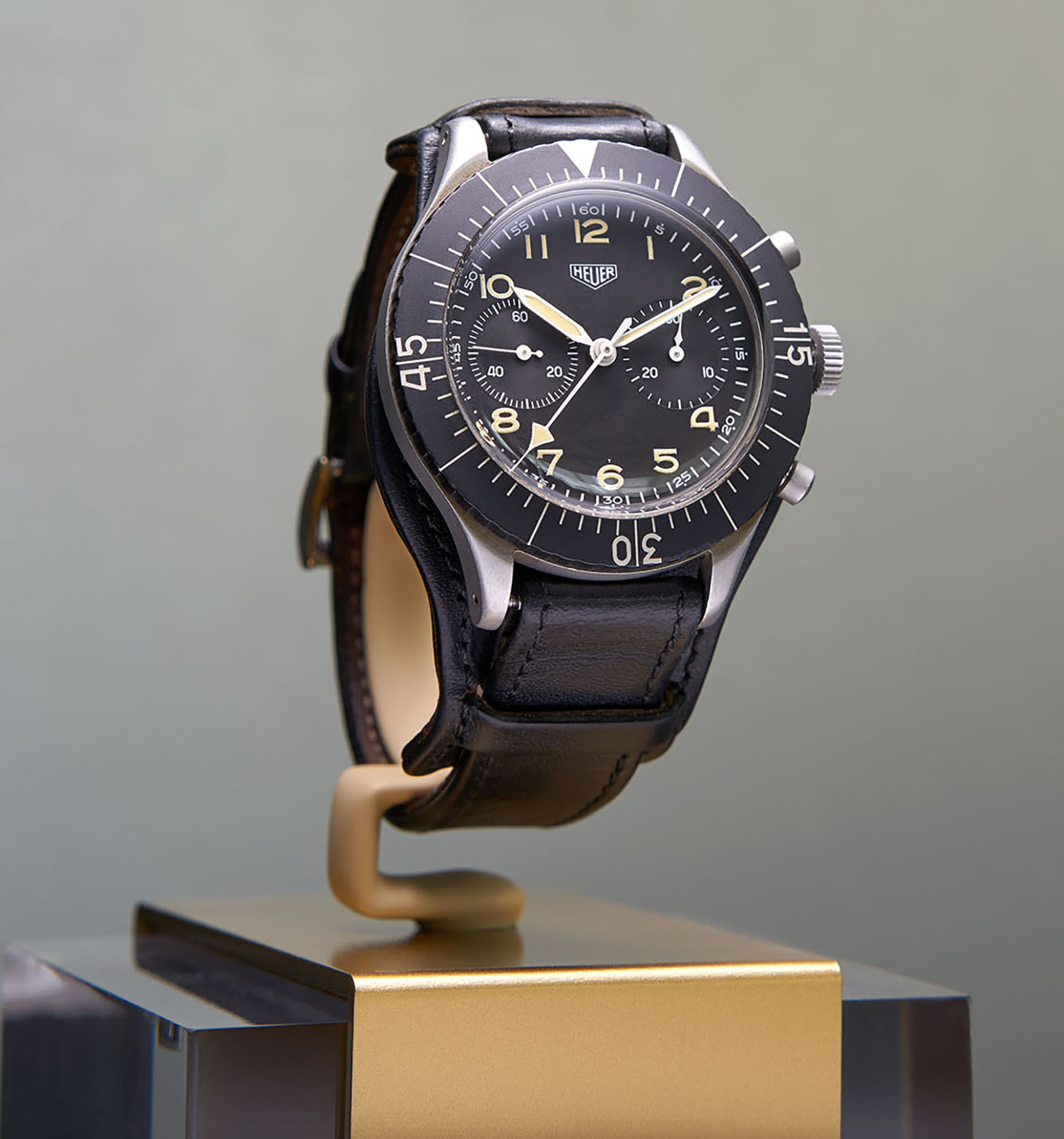 Because of its hands, the 158 is the most modern-looking of the remakes, but still retains all of the key elements of the original, most notably the four screws to secure the inner case to the outer case, as well as the flat step where the lugs meet the bezel. 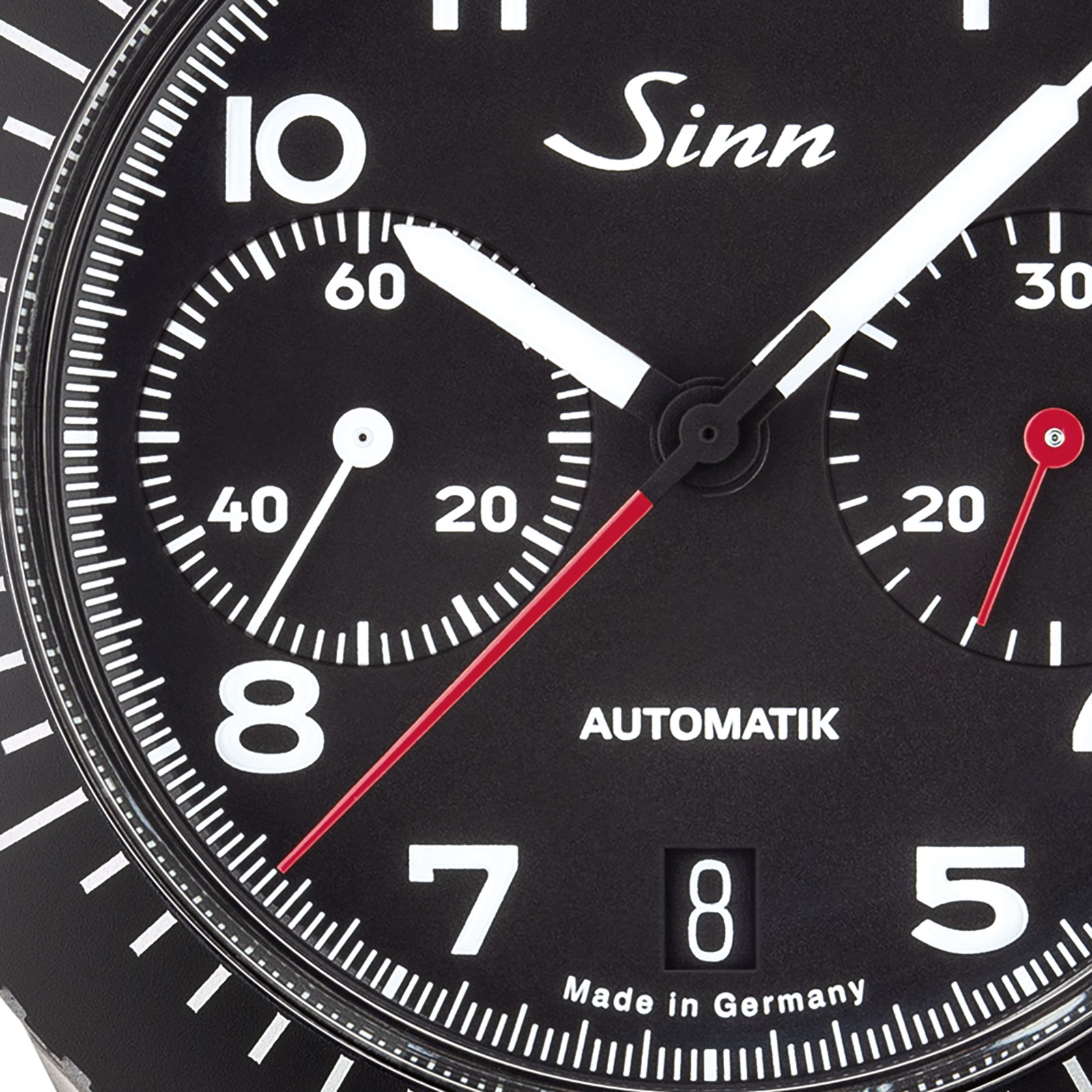 Like the original, the 158 has a bead-blasted steel case with a bidirectional, black-coated aluminium bezel. The case is 43 mm like the 1550 SG, but slightly thicker at 15.15 mm high due to the SW510 movement inside.

It’s a self-winding chronograph calibre based on the tried and tested Valjoux 7750, which means excellent reliability, slightly stiff pushbuttons, and a 48-hour power reserve. 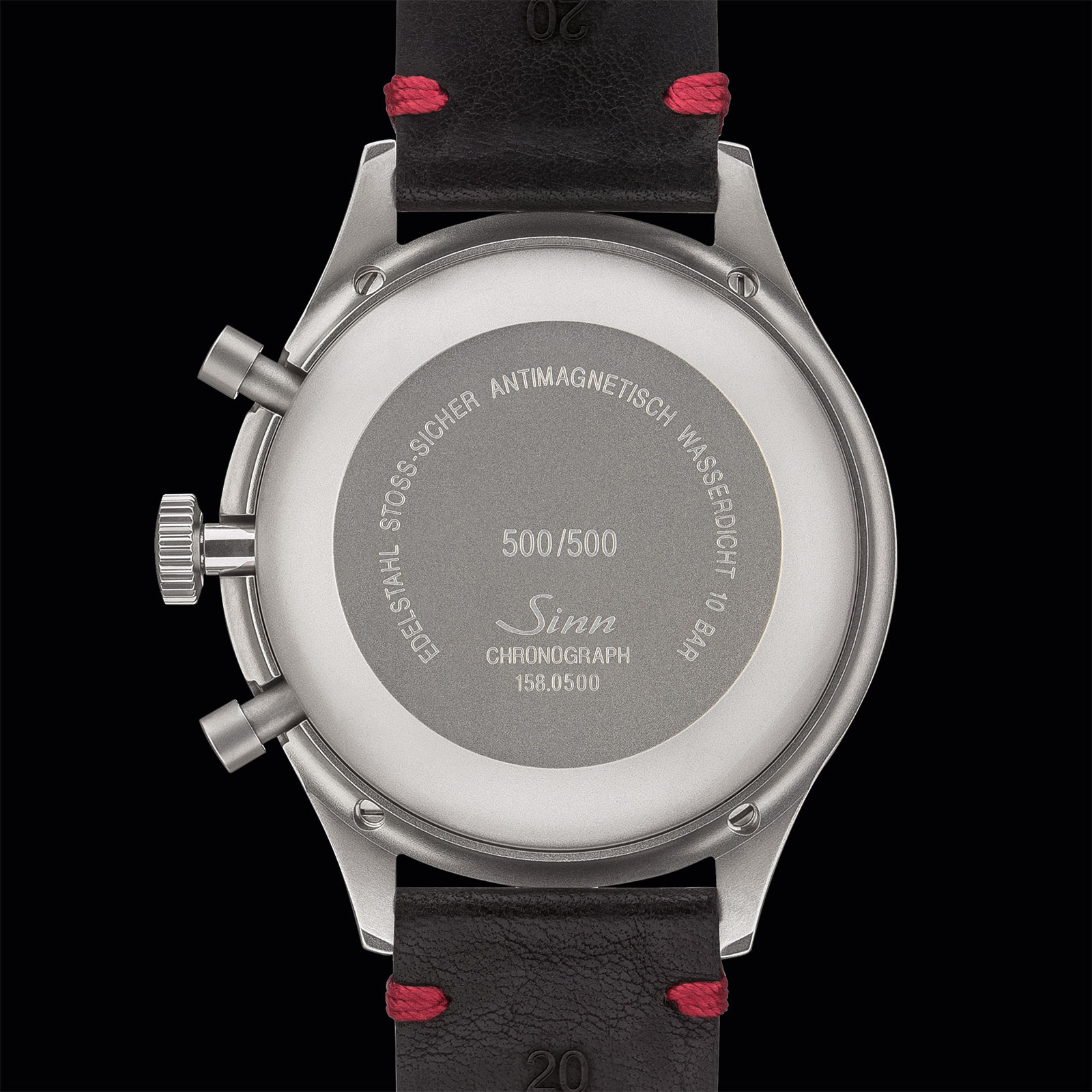 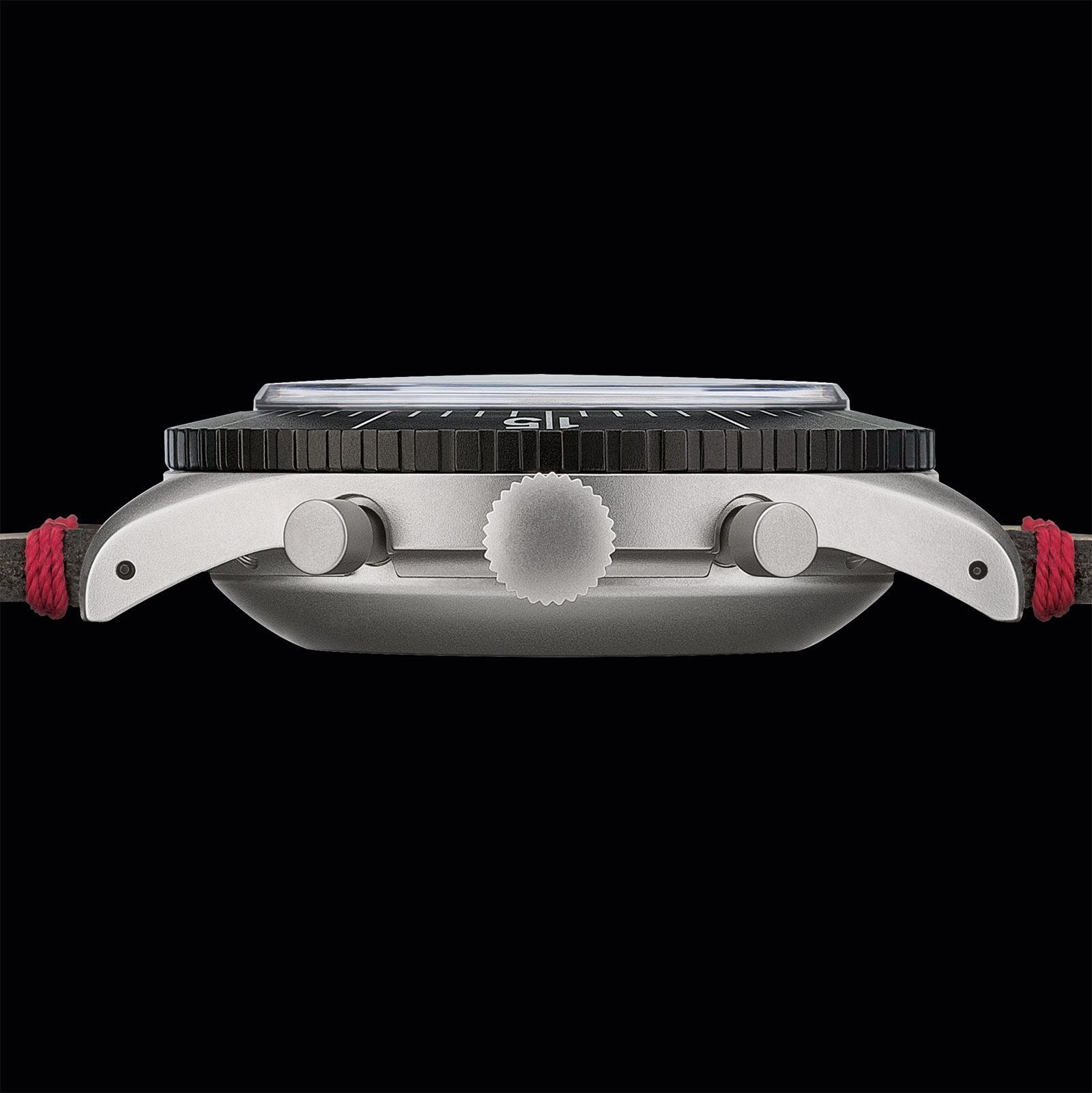 The crystal on the 158 is acrylic glass, which is liable to scratch but the same as on the original