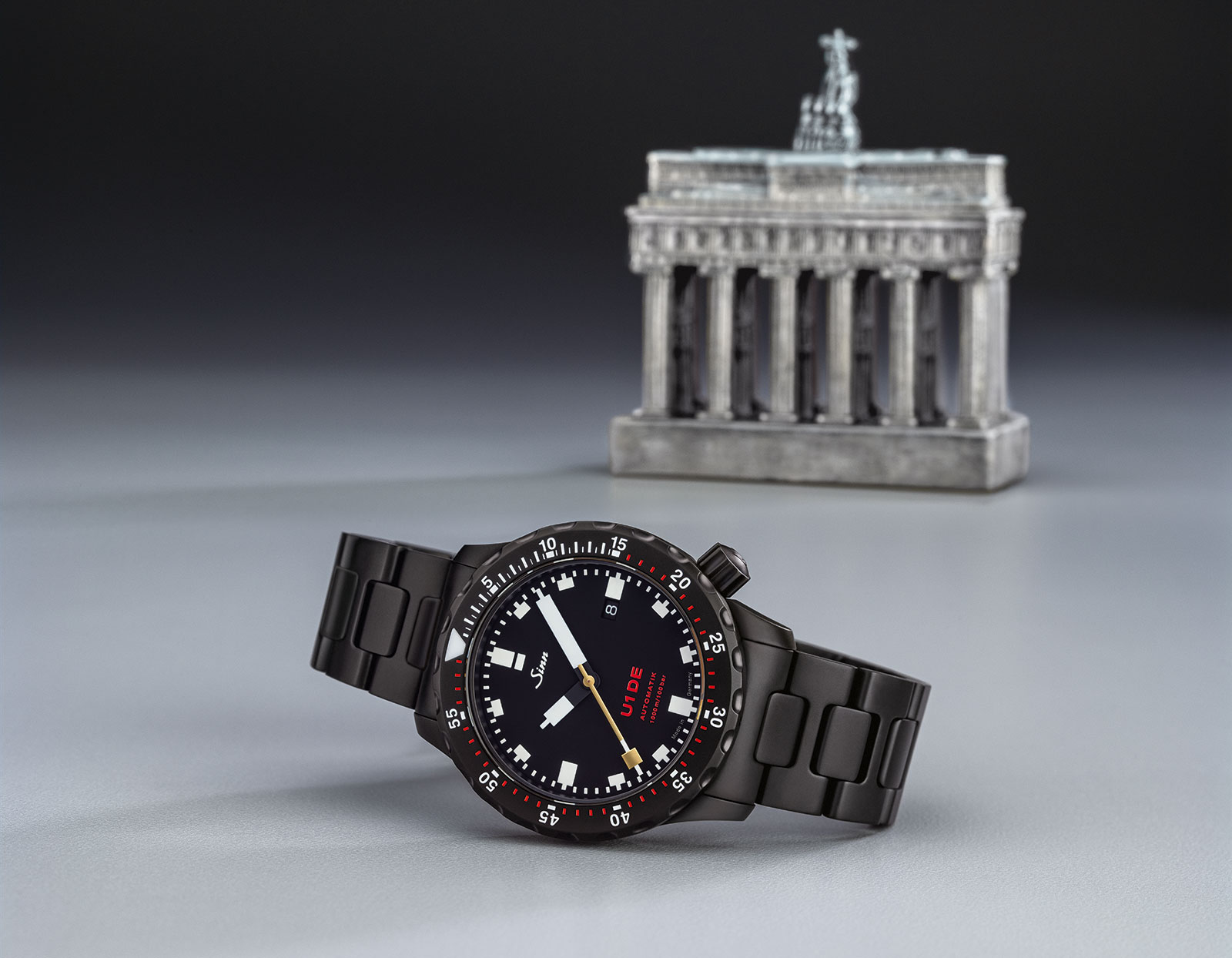 Sinn’s latest limited edition commemorates two events – one inextricably linked to the other. The overarching theme of the U1 DE is the 30th anniversary of the reunification of Germany, explaining the dial done in the colours of the German flag.

Without German reunification, the second event would have been impossible – the partnership between Sinn and case maker SUG (short for Sächsische Uhrentechnologie GmbH Glashütte), which is based in the watchmaking town of Glashütte in the former East Germany. Headquartered in Frankfurt, Sinn first began working with SUG in 1999, before taking a majority stake after the 2002 floods inundated Europe and hit SUG hard.

The U1 is a likeable watch because it is affordable, incredibly robust, and solidly functional. Though it is a large 44 mm, the U1 does not feel as big as it measures. Its only downside is the Sellita SW200-1 movement within, which suffers from a short 38-hour power reserve.

The U1 DE isn’t that much different from the standard all-black U1. Essentially it’s a little different on the dial and hands, along with the extra-large Sinn and SUG logos on the back – which really look too big.

Ordinarily, limited edition iterations of standard watches are not interesting. But the U1 is an excellent watch, and the U1 DE doesn’t cost that much more than the standard version; the premium is about 15%. That’s a fair deal for something that looks different, while still retaining the no-nonsense style of the U1. 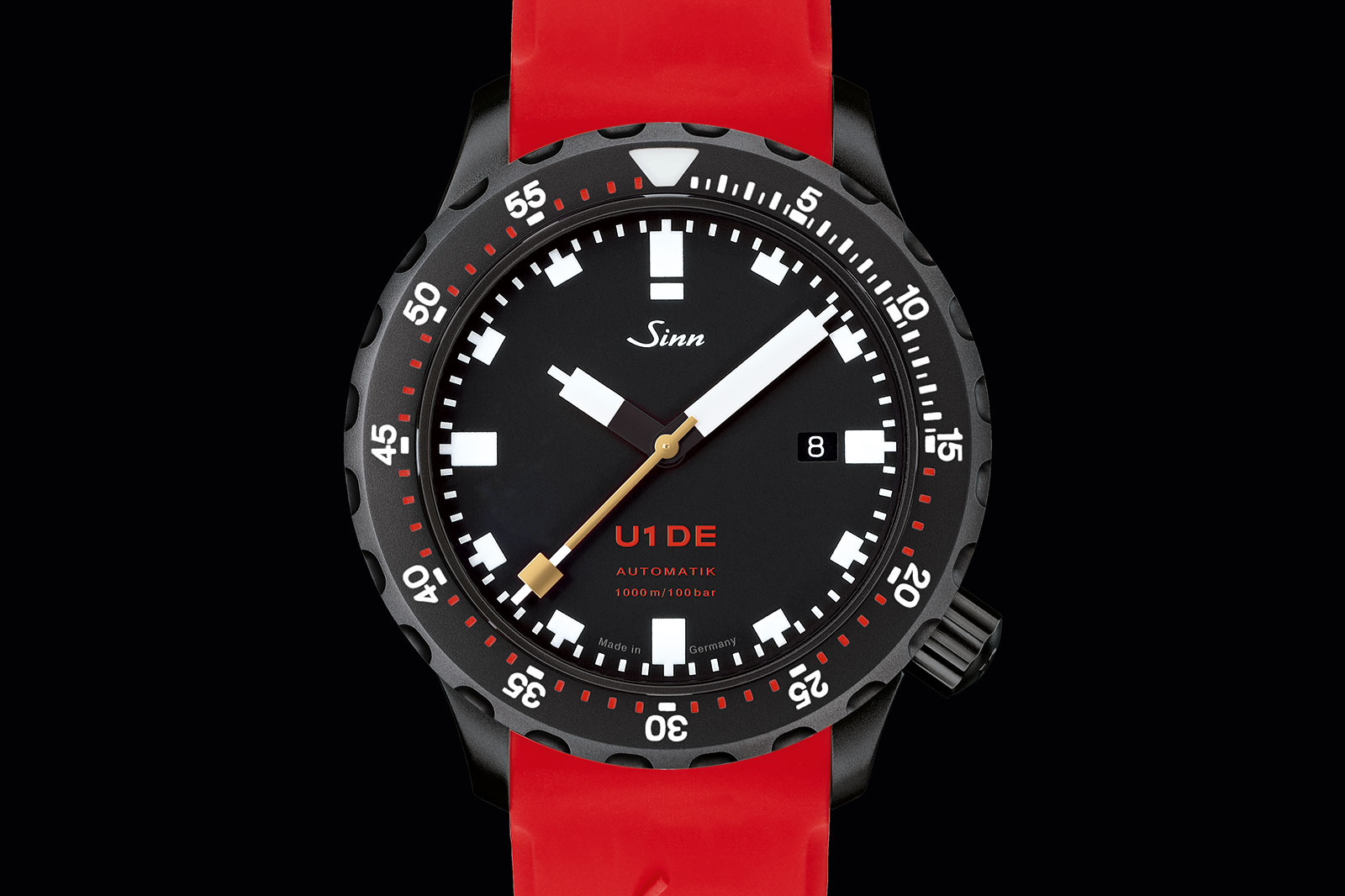 The dial has been gently tweaked to incorporate the colours of the German flag. The gold-plated seconds hand is the most obvious detail, although the hour and minute hands also have black centres, instead of the usual red. 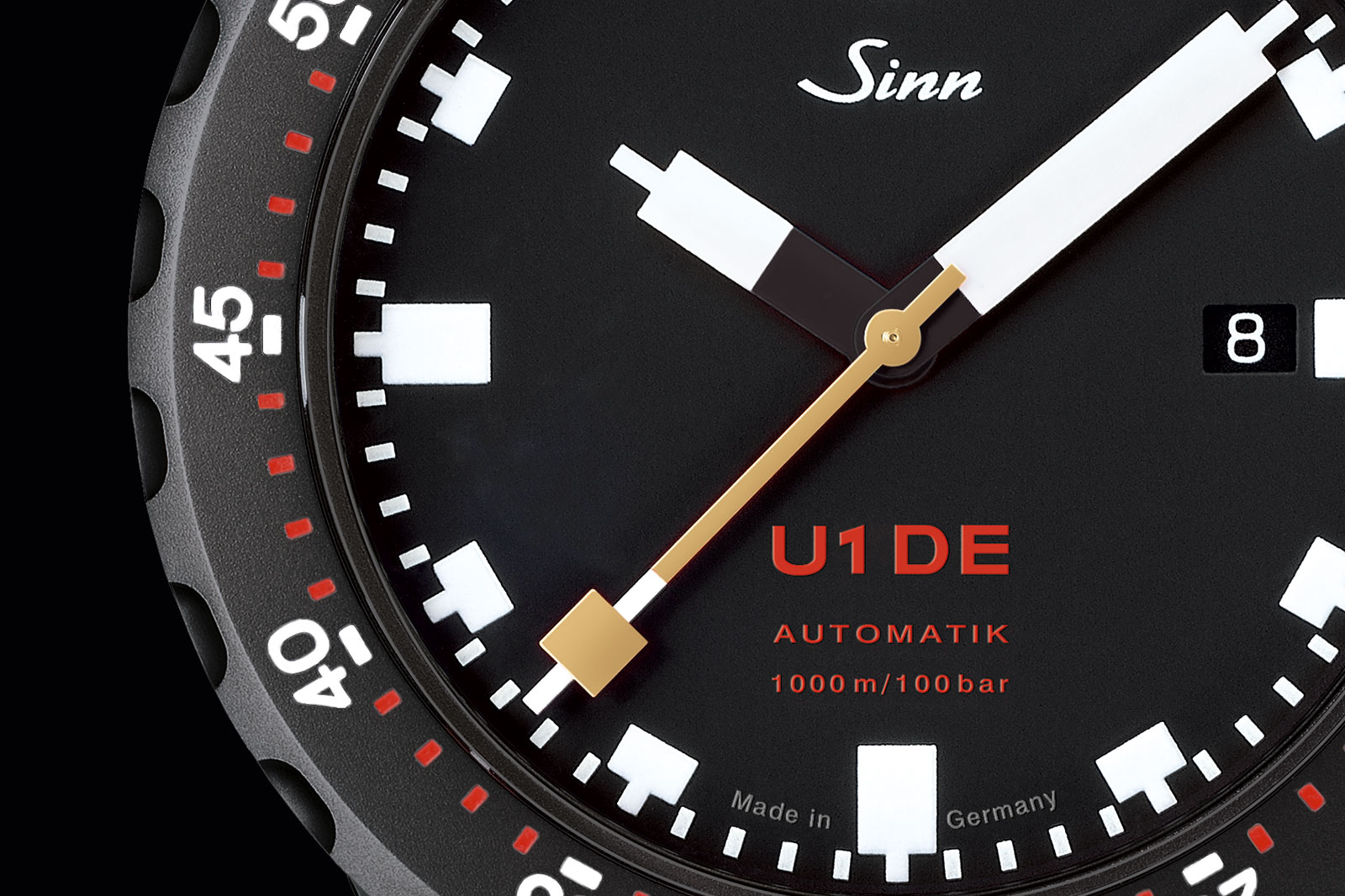 The back features more commemorative markings, including the two companies’ logos. SUG is highly regarded for its high quality work – it even makes cases for very expensive A. Lange & Söhne watches – but the size of the logo on the back is questionable. 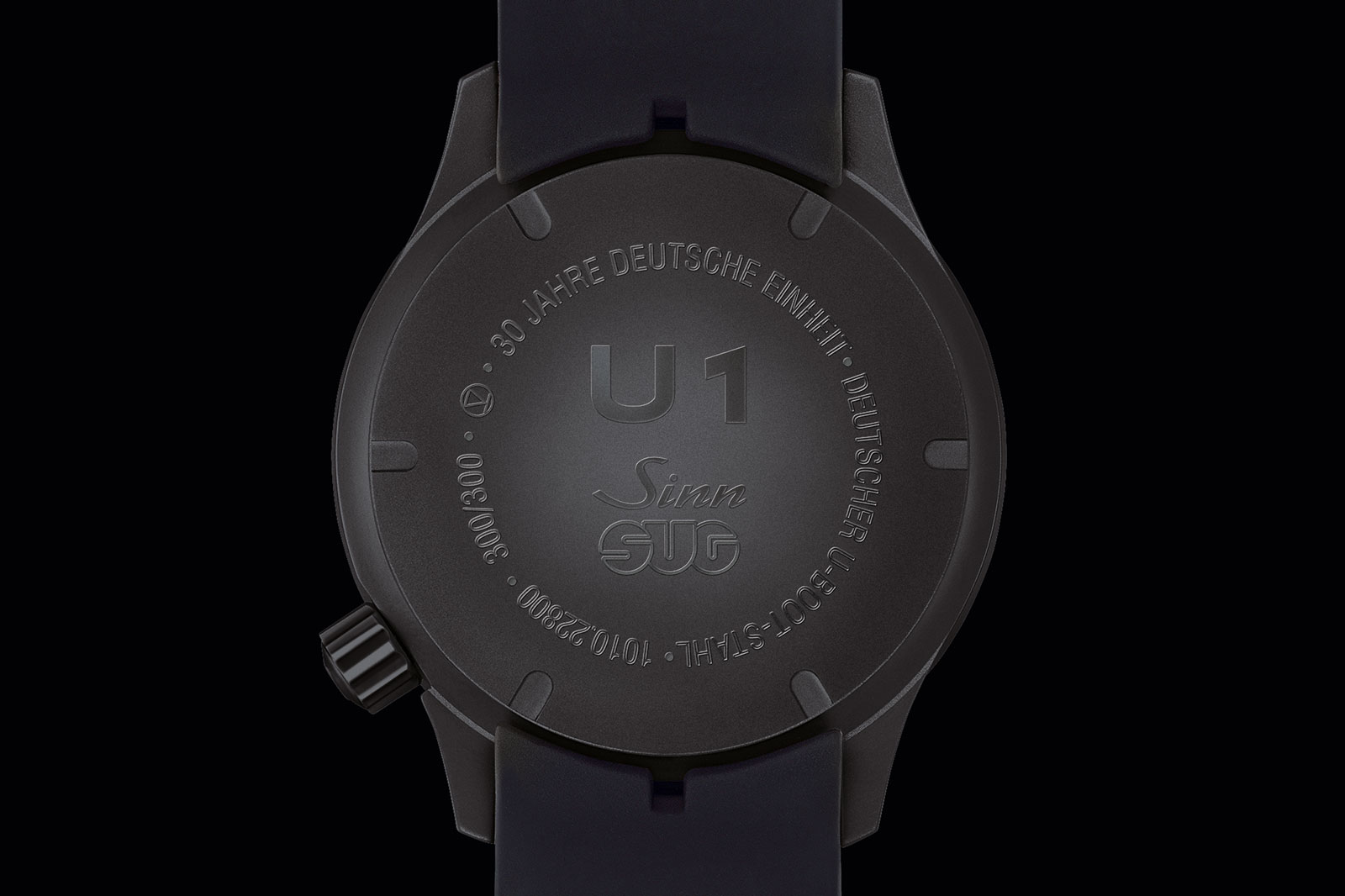 The rest of the watch is identical to the standard model. The 44 mm case is made from the same corrosion-resistant steel used for certain submarines operated by the German navy, but further enhanced with Tegiment surface-hardening treatment as well as a scratch-resistant, black-ceramic coating. All of that makes for an extremely resilient case. And inside the submarine-steel case is the tried and tested Sellita SW200-1 movement that is low tech but solid.