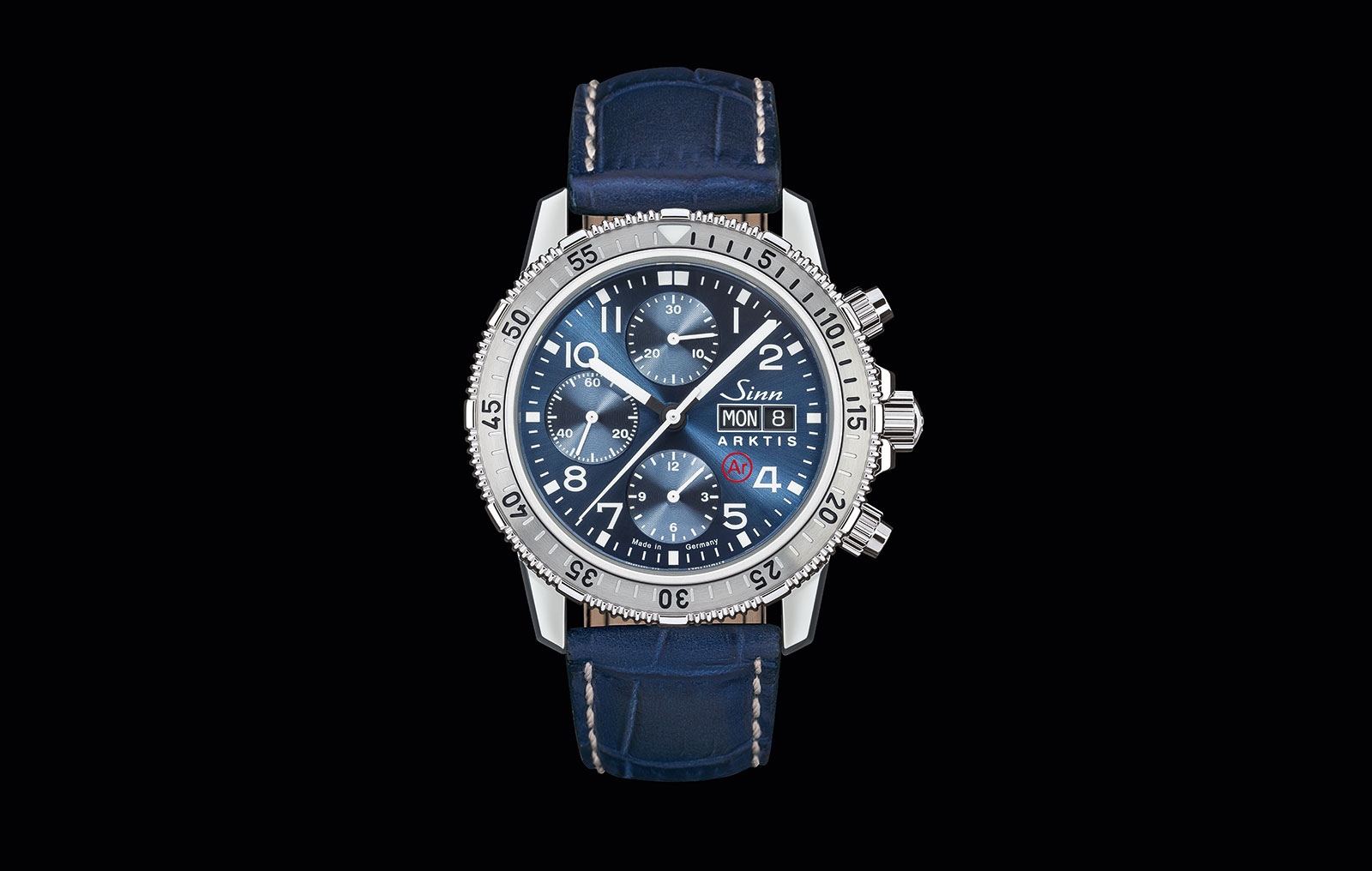 The Sinn 203 Arktis of 1999 came along before “tool” watches were a big thing. And it was unusual, a diver’s chronograph designed to operate in sub-zero temperatures, specifically from –45°C to +80°C.

Now for the 20th anniversary of the original (which was discontinued in 2013), Sinn has revived it as the 206 Arktis II, much like how the EZM 1 was reproduced last year.

The remake remains stainless steel but is larger than the original, with a 43mm diameter instead of 41mm, but the looks and functionality are unchanged.

It remains rated to 300m, and though the pushers resemble screw-down pushers, they are not. Instead they are water-resistant thanks to a proprietary sealing construction, and the screw-down appearance is merely a nod to the original. Thanks to special lubricates designed to operate in extreme temperatures, the movement functions in both extreme cold and extreme heat. In addition, the case is filled with inert nitrogen case, which helps prevent moisture from building up inside. That explains the red “Ar” logo on the dial; an earlier version of the technology used argon instead of nitrogen.

Visually the watch is almost identical to the original as well. That includes most distinctive element of the first Arktis chronograph: the electroplated, bright metallic blue dial with a radial sunburst finish. And the Valjoux 7750 inside is visible through the sapphire back, whereas the original had a solid back. In fact, Sinn is not only reissuing the original Arktis, but also its sibling, the 203 diver’s chronograph, as the 206 St AR that has a similarly larger case.