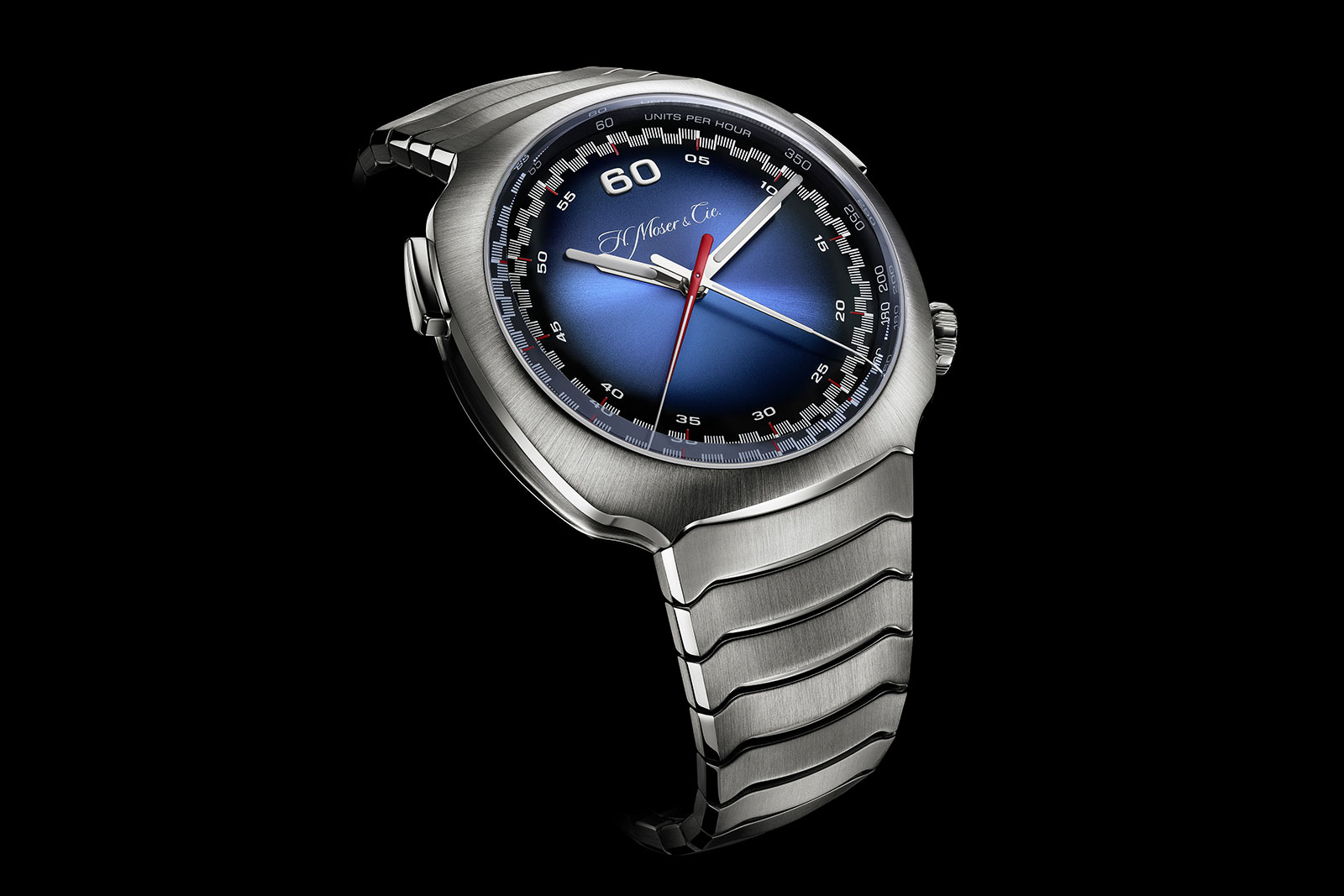 Unveiled just earlier this year, the H. Moser & Cie. Streamliner Flyback Chronograph is compelling inside and out – an uncommon, cushion-shaped “bullhead” case with an integrated bracelet, containing the ingenious, well-regarded Agenhor AgenGraphe movement.

A limited run of just 100 watches, the launch-edition Streamliner only recently clinched the Chronograph Watch Prize at this year’s Grand Prix de Horlogerie de Geneve, making it the perfect time to launch of the regular-production variant, the Streamliner Flyback Chronograph Funky Blue. 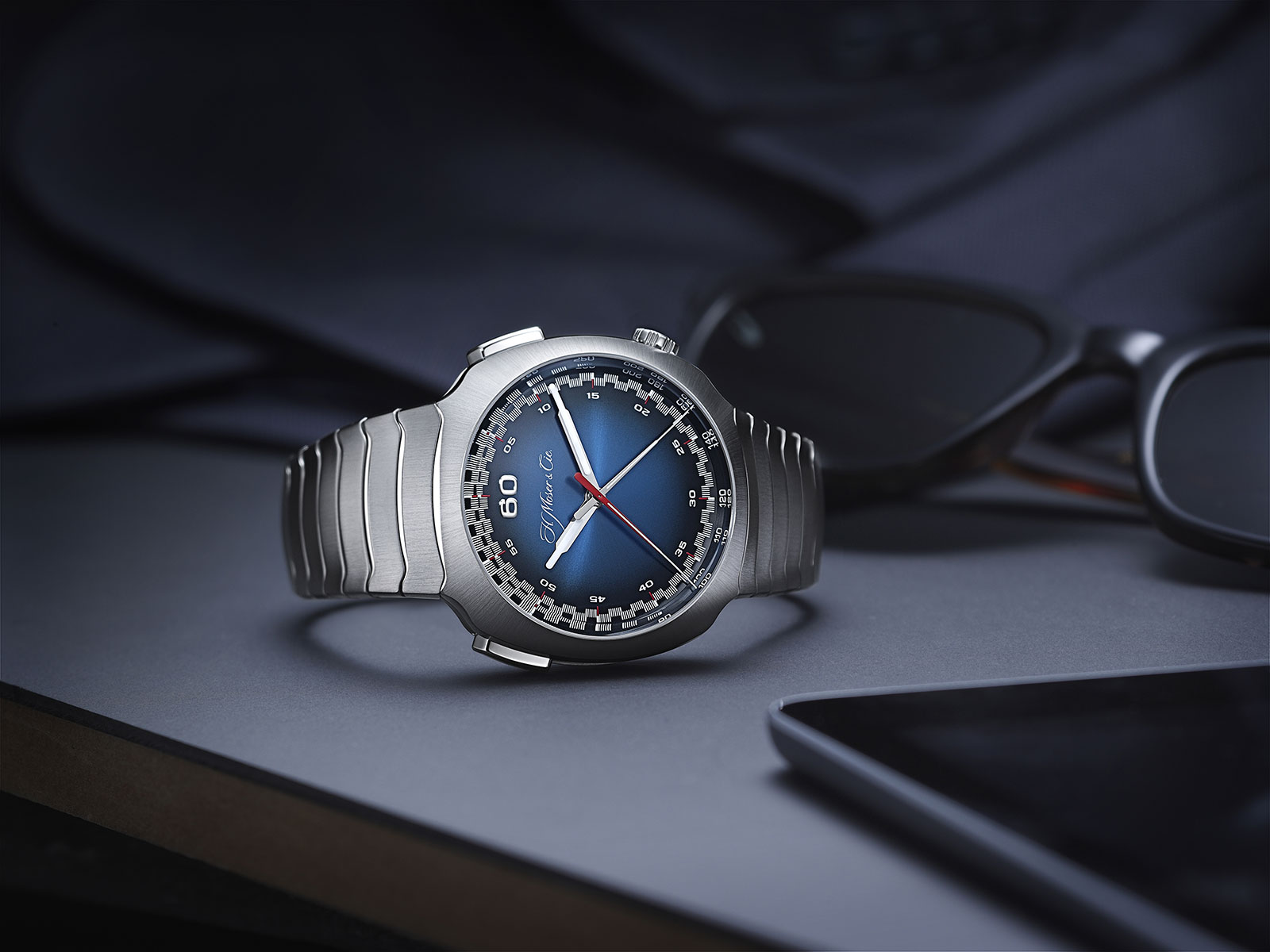 Original and appealing in its design, the Streamliner was well-received commercially and critically, making the regular-production version inevitable. Almost identical to the original version, the new version differs only in its dial, which is a metallic blue with a fashionable smoked finish. Notably, the blue dial has a radial, brushed finish, instead of the vertical, linear brushing of the launch edition.

While the blue dial is quintessential Moser in colour and style, it isn’t as unique as the pale grey dial on the launch edition – which is a good thing, as it helps differentiate the limited-edition original. That said, the blue dial is attractive – and more striking – with the graduated, fume finish giving it more depth than the typical integrated-bracelet sports watch. 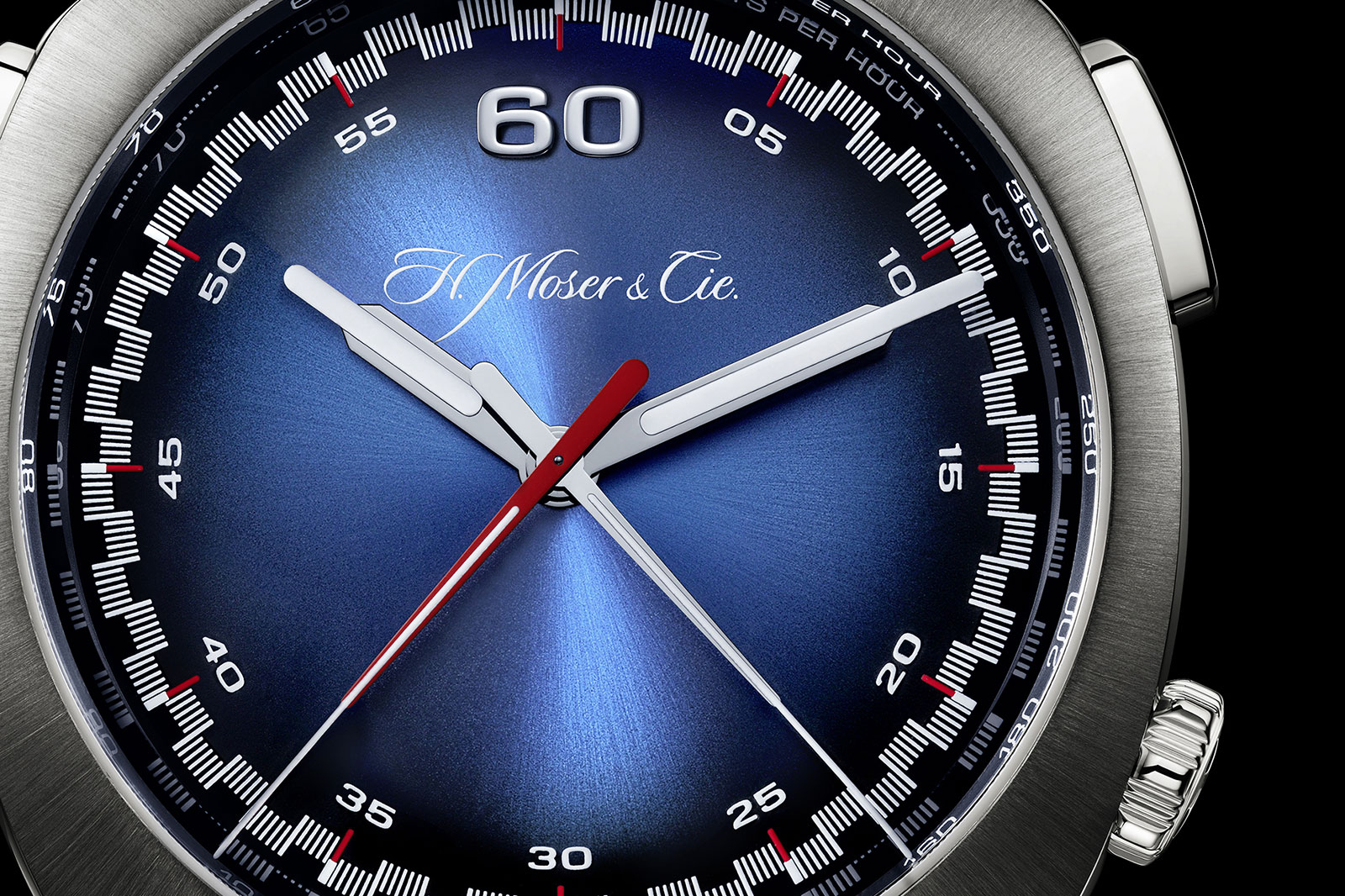 The Streamliner chronograph has a price tag of US$43,900 – a sizeable number that’s justifiable because the watch stands out from the many integrated-bracelet sports watches in both style and mechanics. Its design isn’t derivative, as many of its competitors are, while the movement is innovative and ingenious.

It is about 10% more expensive than the original edition – probably because the launch edition sold out – so this new version is still a value proposition, but not quite as good as before. 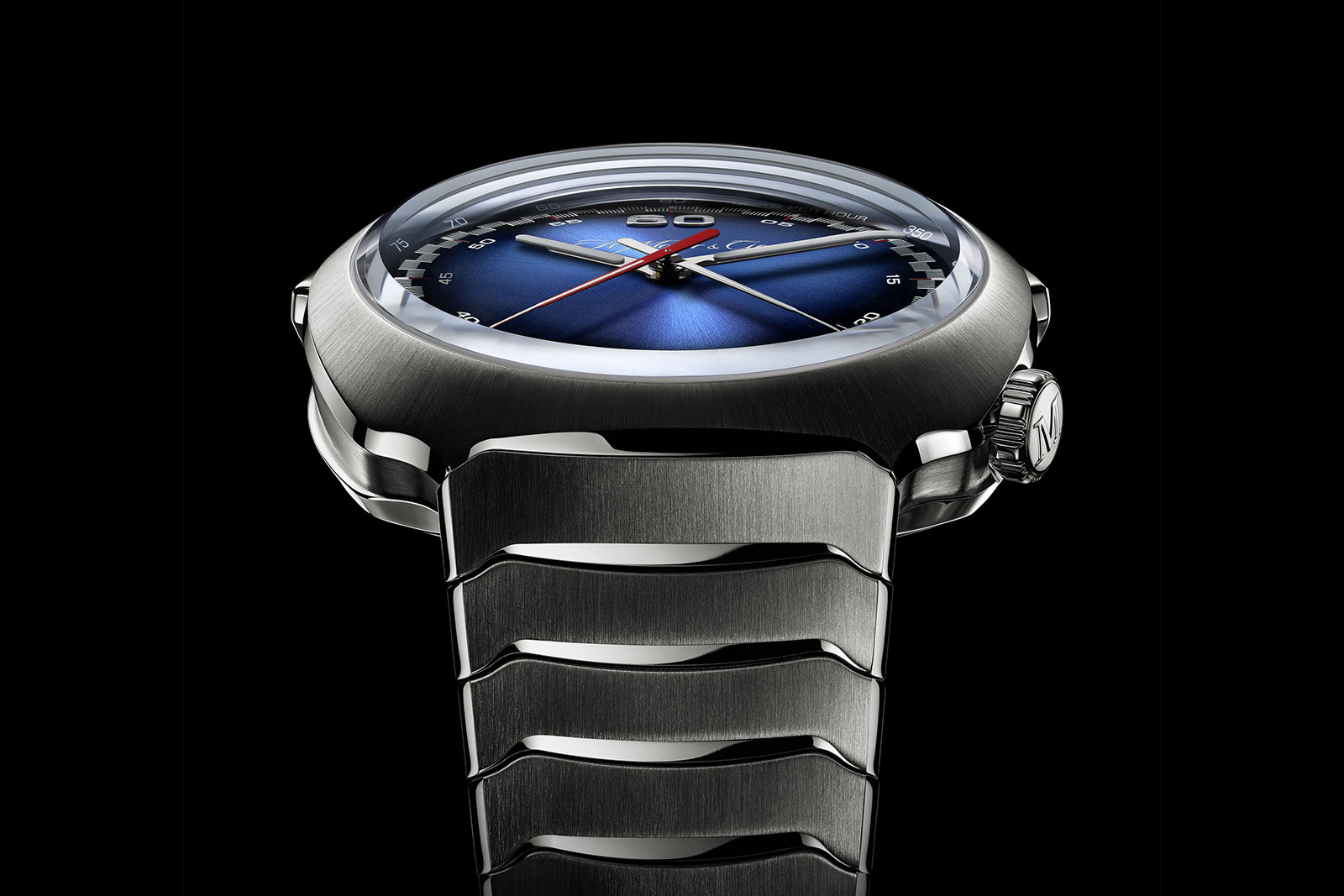 While its case and bracelet are original, the Streamliner Chronograph is also distinctive because of its dial that is minimalist in Moser’s typical style. Credit for that goes to the Agenhor movement within, which is constructed to have all of its chronograph indicators on the same central axis, eliminating the conventional counters across the dial. 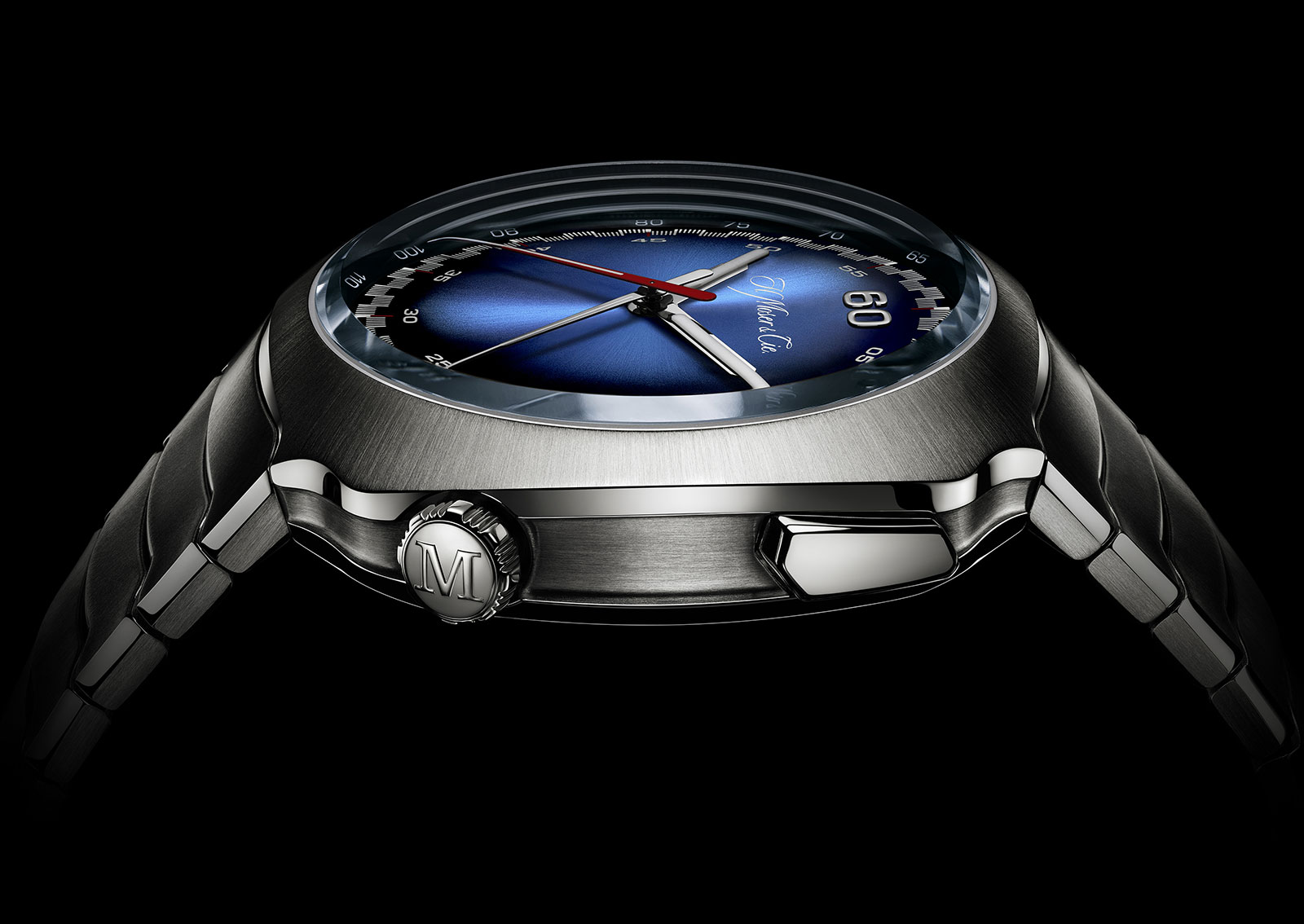 But the unconventional thinking in the movement goes beyond the dial. Its entire construction, from the clutch down to regulator, is truly inventive.

Its clutch, for instance, is a patented design known as the AgenClutch – a horizontal clutch that prevents “stutter” of the seconds hand by doing away with the teeth of the chronograph wheel. Instead the wheels have smooth edges, with rotational movement is transferred via contact friction. To prevent slipping of the wheels when subject to shock, additional “security gears” that have teeth are installed underneath and co-axial with the smooth wheels. In short, the AgenClutch manages to combine the best features of the horizontal and vertical clutches, namely an open layout and precise engagement. 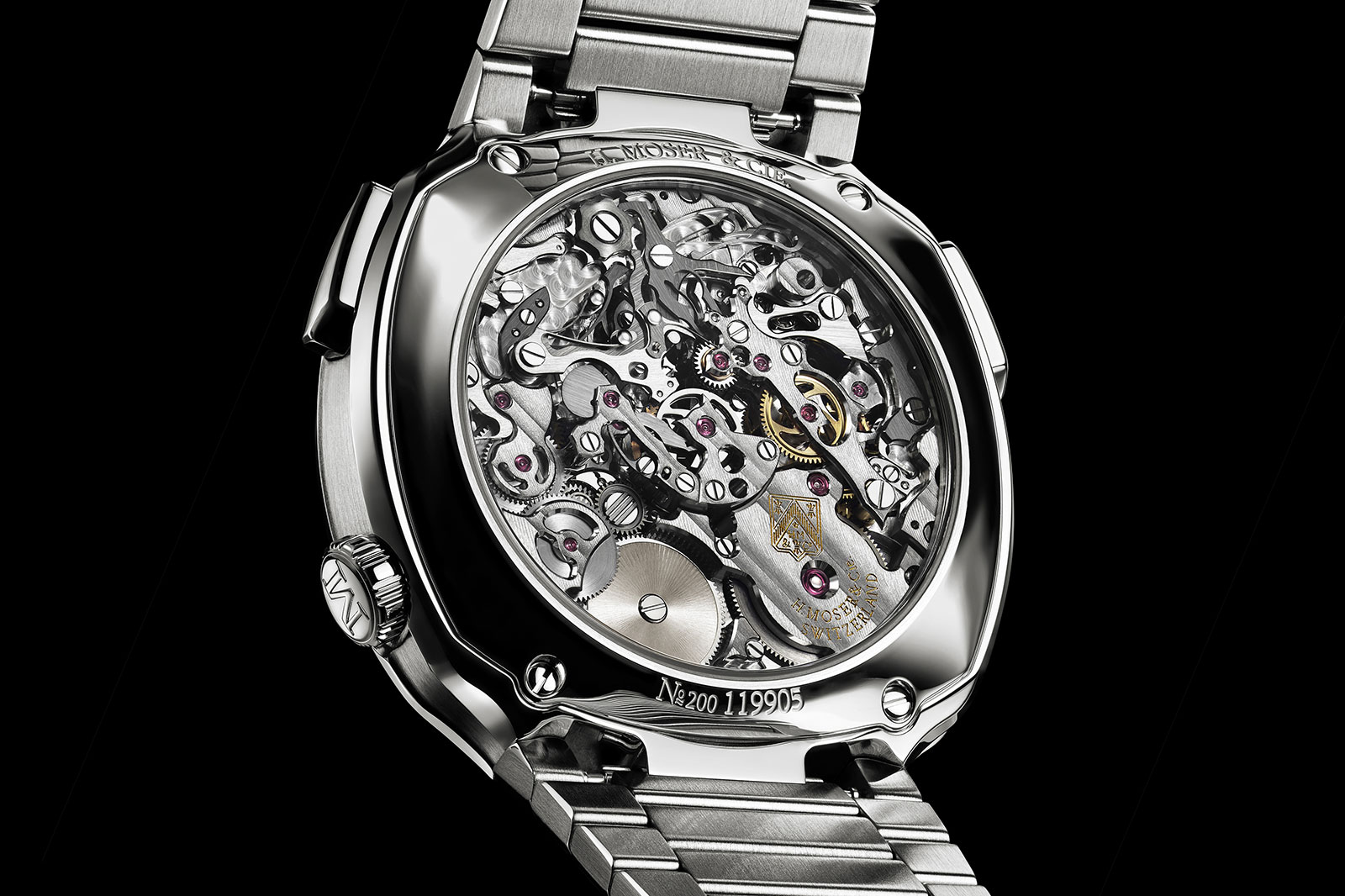