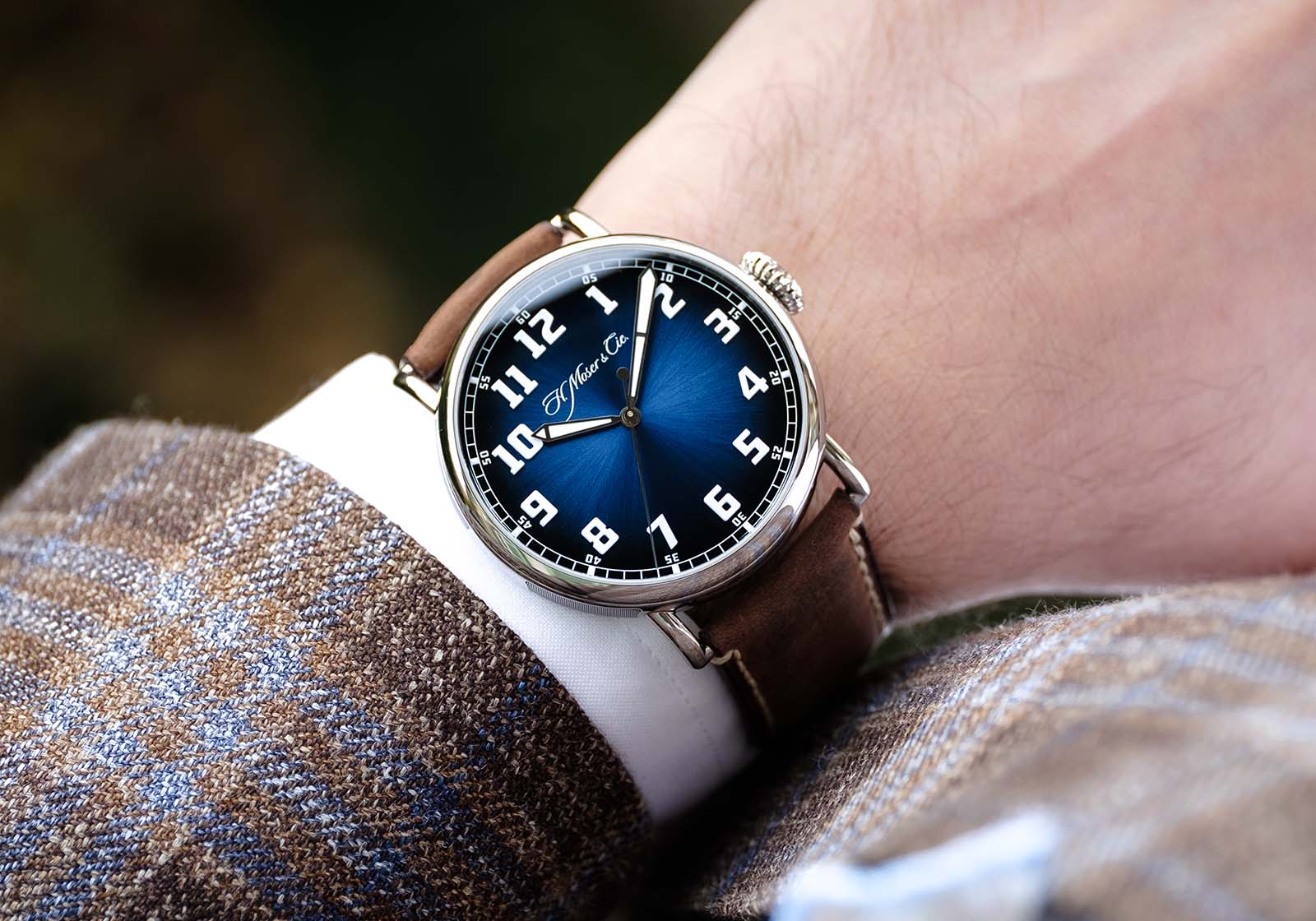 A year ago, H. Moser & Cie. debuted the Heritage Pilot’s Watch, a retro, aviation-inspired watch with grey fumé dial for Swiss retailer Bucherer that was then a one-off unlike anything else in the brand’s line-up. Now the watch has officially joined the collection as the Heritage Centre Seconds Funky Blue, positioned as an entry-level model priced under US$14,000.

The watch has a familiar design, for good reason: it’s modelled on early pilot’s watches from the 1920s that were produced by a host of brands including Longines and Zenith, and also Heinrich Moser, the predecessor of H. Moser & Cie. At the same time, according to Moser chief executive Edouard Meylan, the Heritage watch takes some inspiration from early 20th century wristwatches that were converted pocket watches with wire lugs soldered on for wear on the wrist. 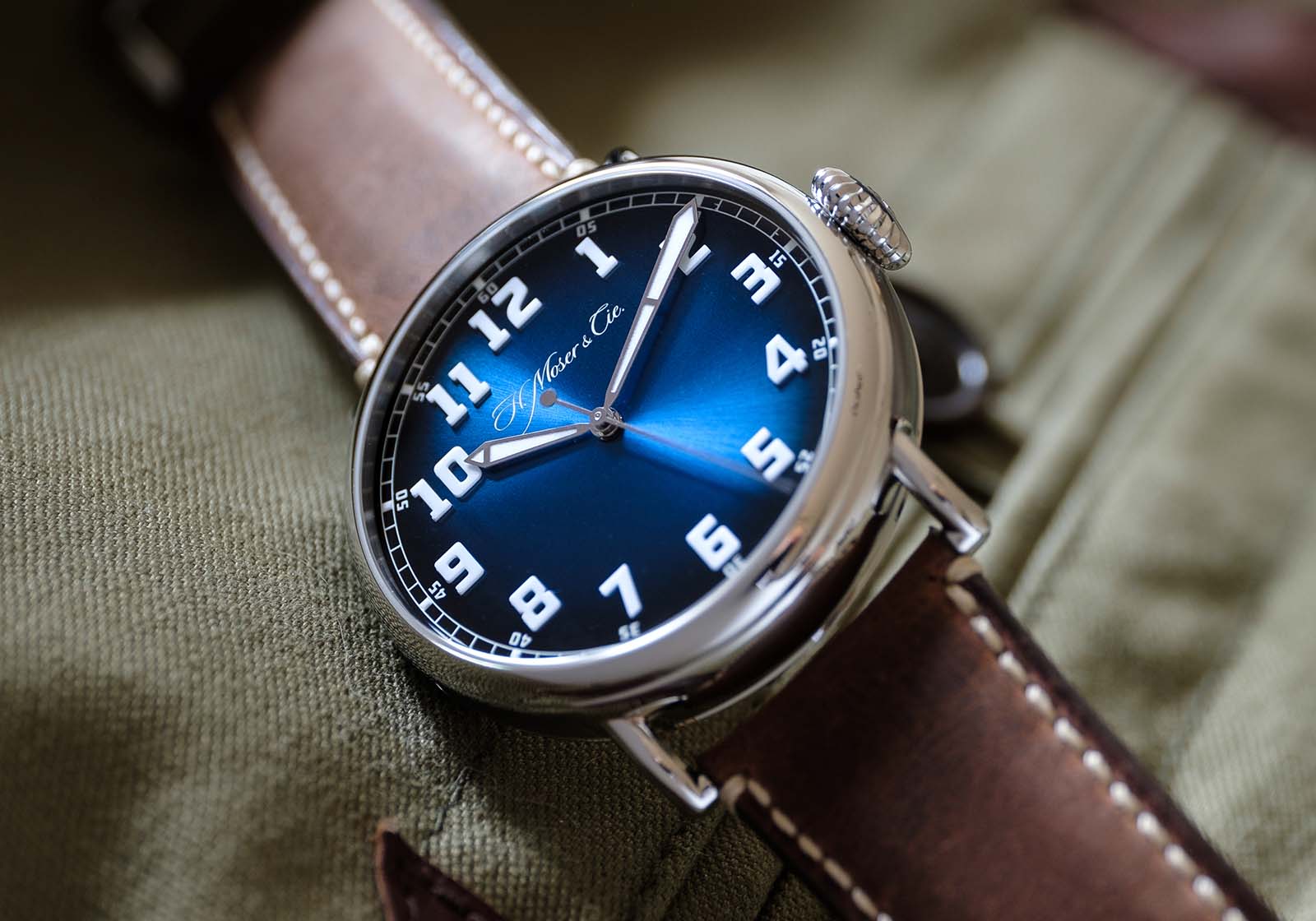 While the Heritage measures 42mm in diameter like a majority of Moser’s watches, it is just 11.1mm high, making it one of the brand’s slimmest models. Its stainless-steel case features an onion-shaped crown and thin lugs to mimic wire lugs. The case is largely polished, punctuated with fine, vertical fluting on its flanks, a detail taken from another watch in the Moser line-up, the Pioneer. 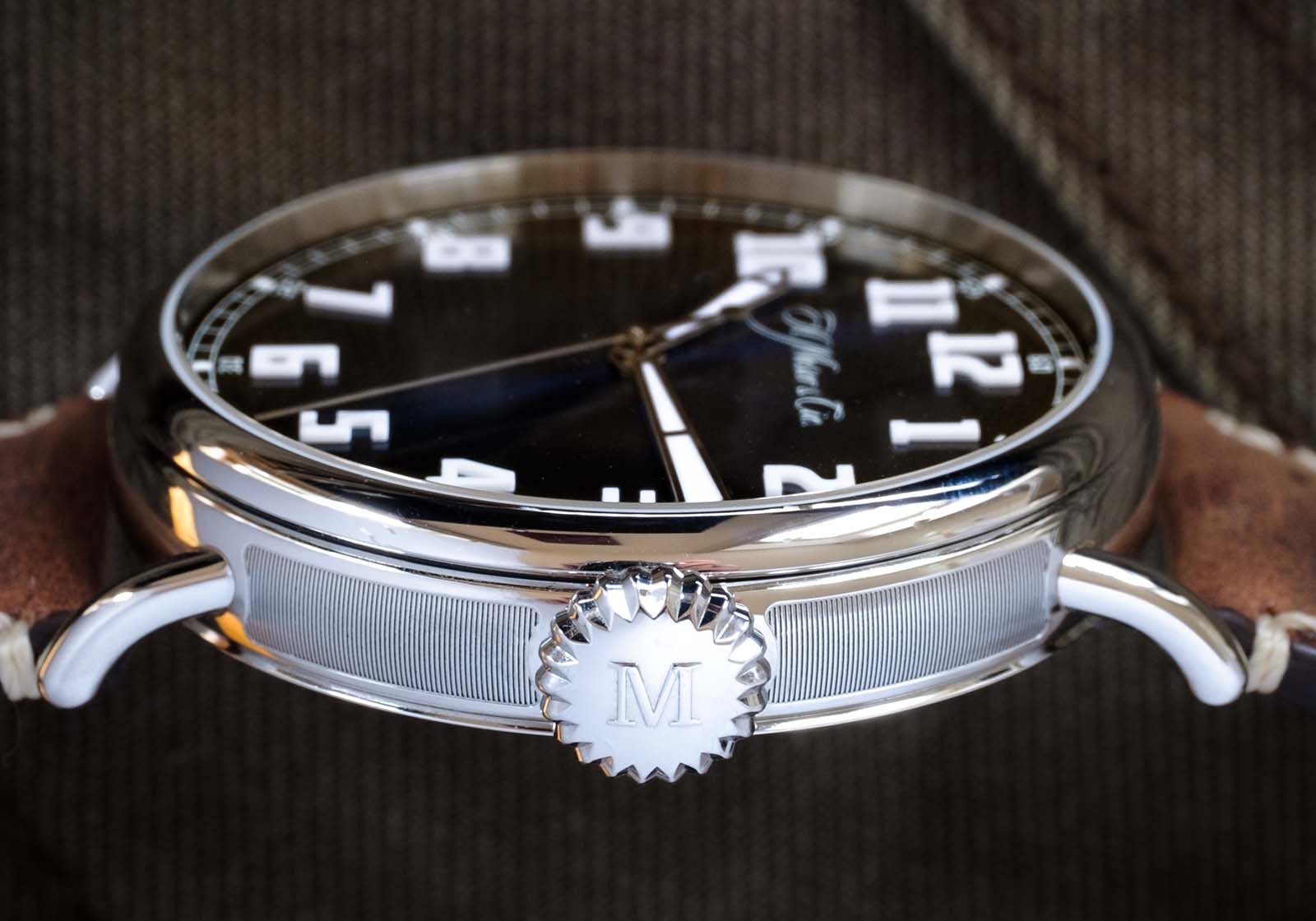 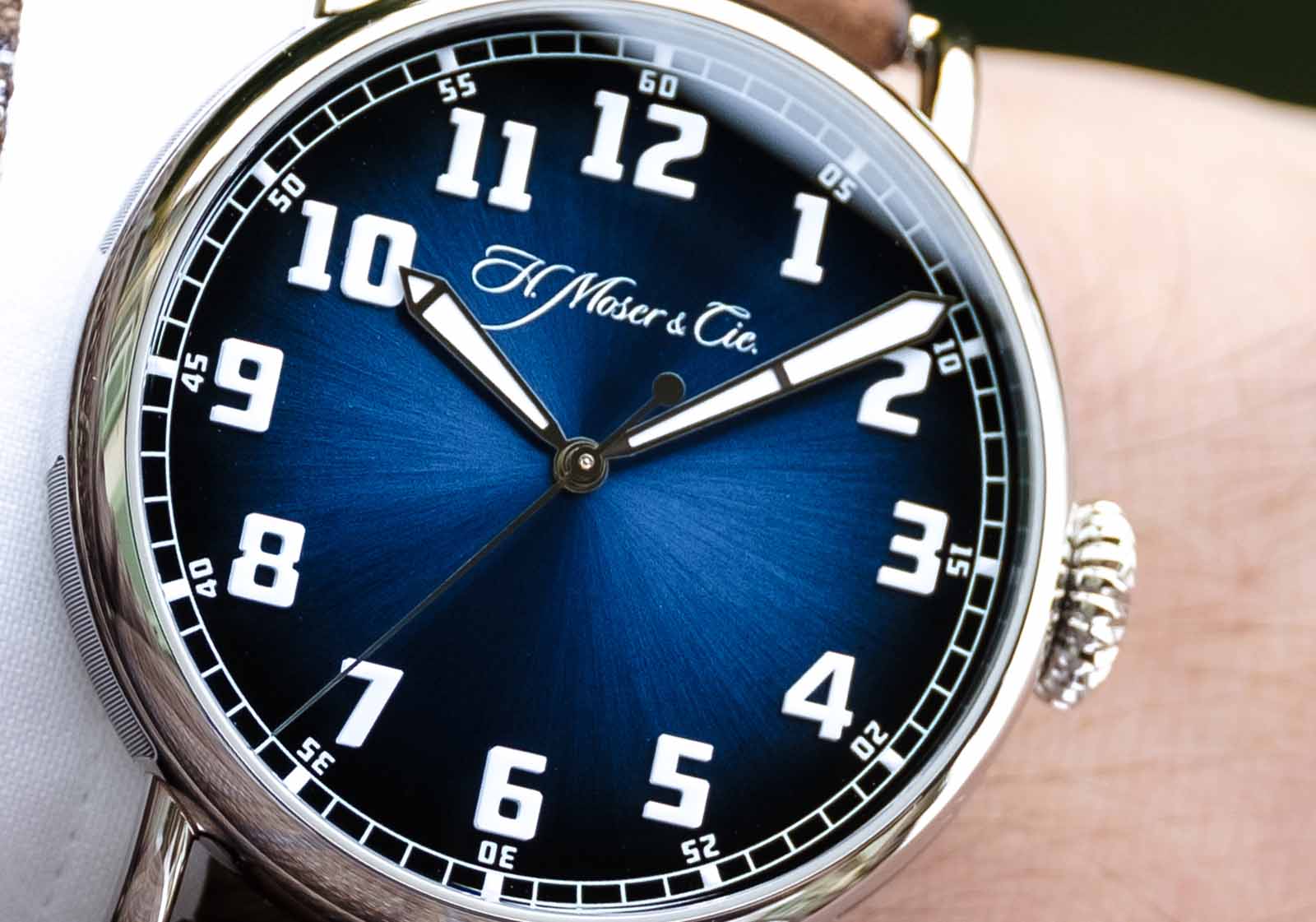 The dial is a dark, metallic blue finished with sunburst brushing and the brand’s signature fumé treatment that gradually darkens towards the edges.

But the most distinctive feature are the large Arabic numerals – modelled on the painted radium numerals on early wristwatches – that substantially sized appliqués moulded from Globolight, a ceramic composite infused with Super-Luminova that can be produced in a variety of colours and glow intensity.

Here the numerals are a bright white in daylight, rather than the pale yellow or green of conventional Super-Luminova, and glow bright green in the dark. 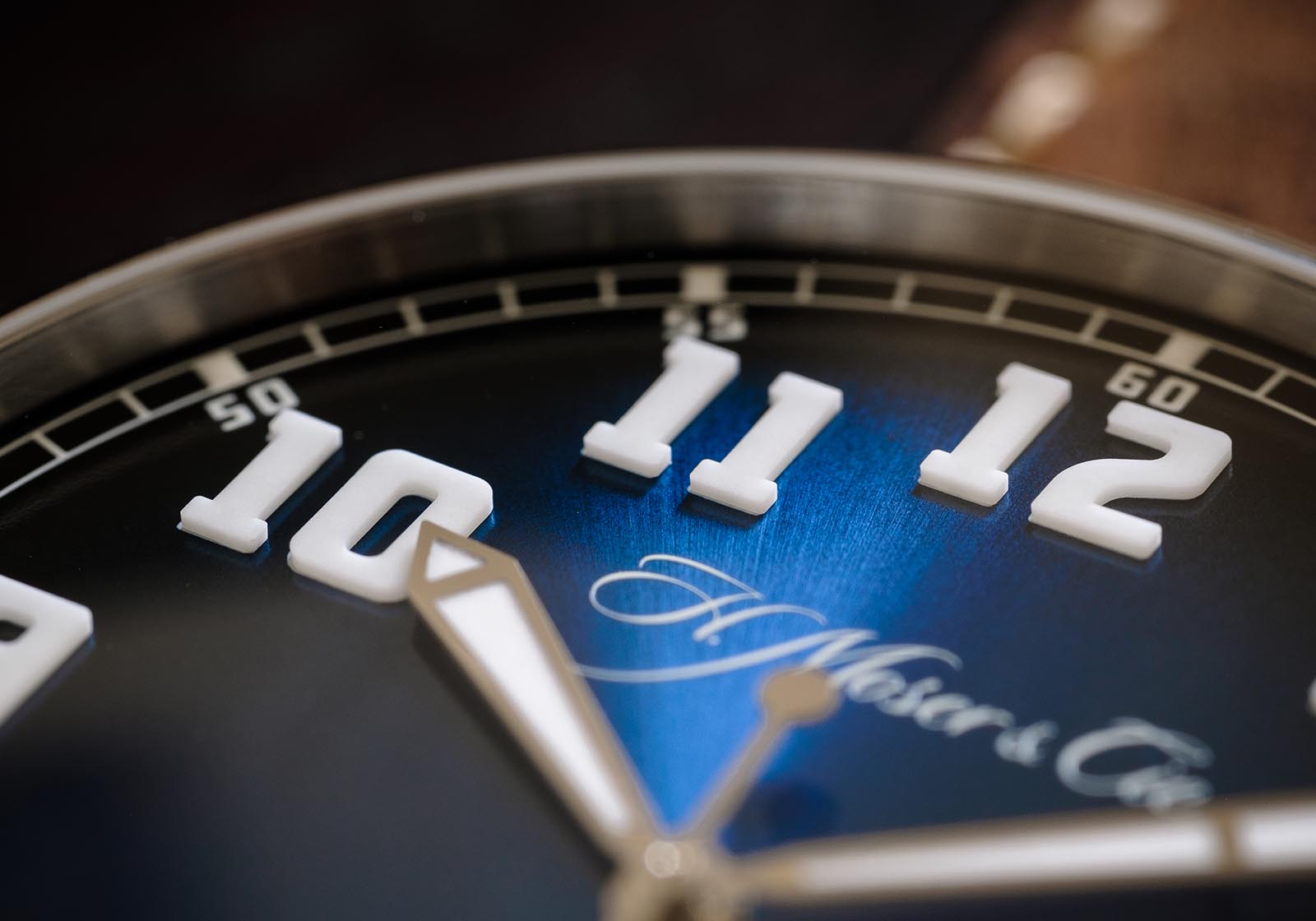 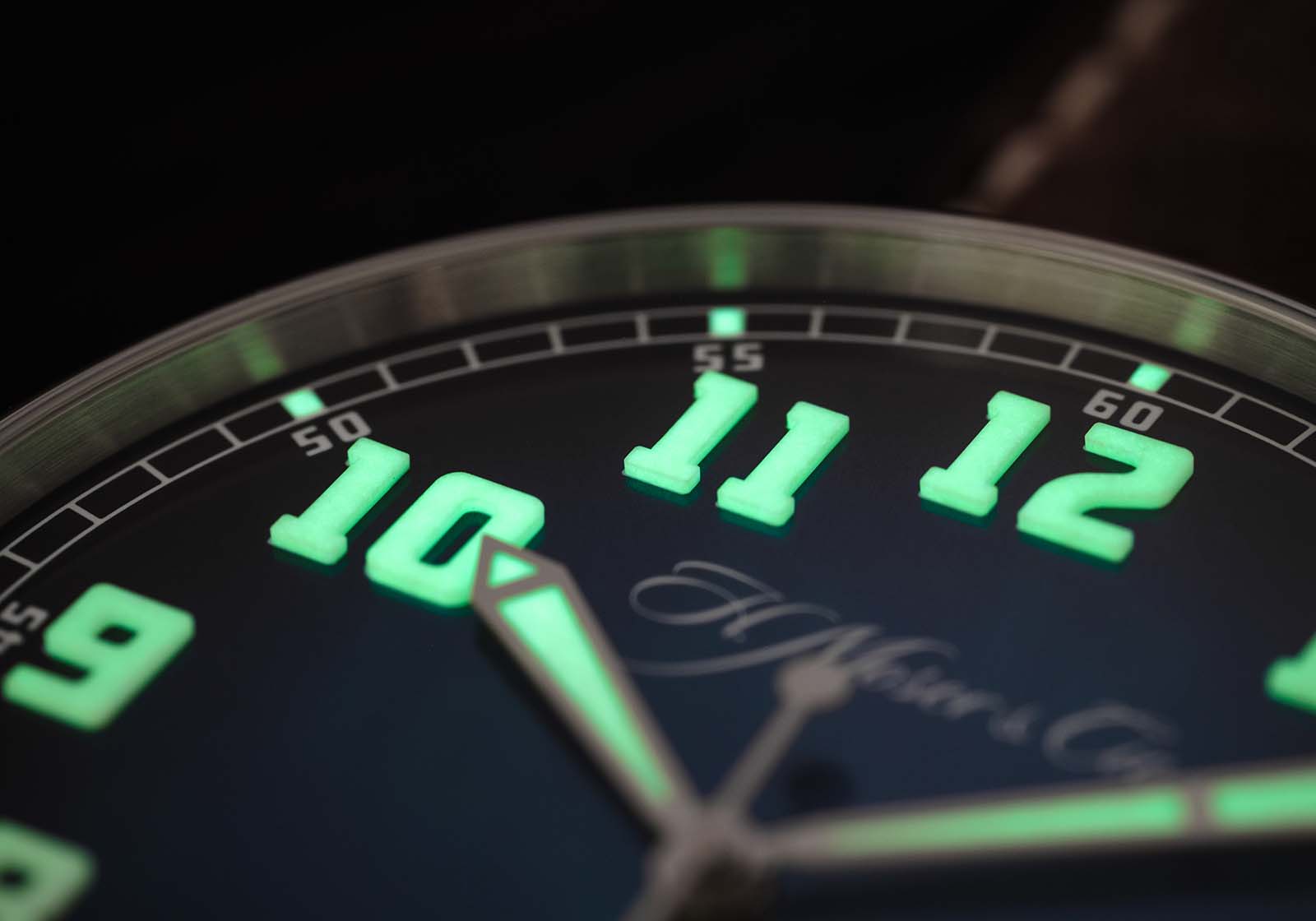 Visible through the sapphire case back is the cal. HMC 200. It is a relatively slim automatic movement with a bi-directional pawl winding system as well as a stop-seconds function.

It has a three-day power reserve and is equipped with a free-sprung balance with four adjustable gold weights as well as a Straumann hairspring made by Moser’s sister company, Precision Engineering. 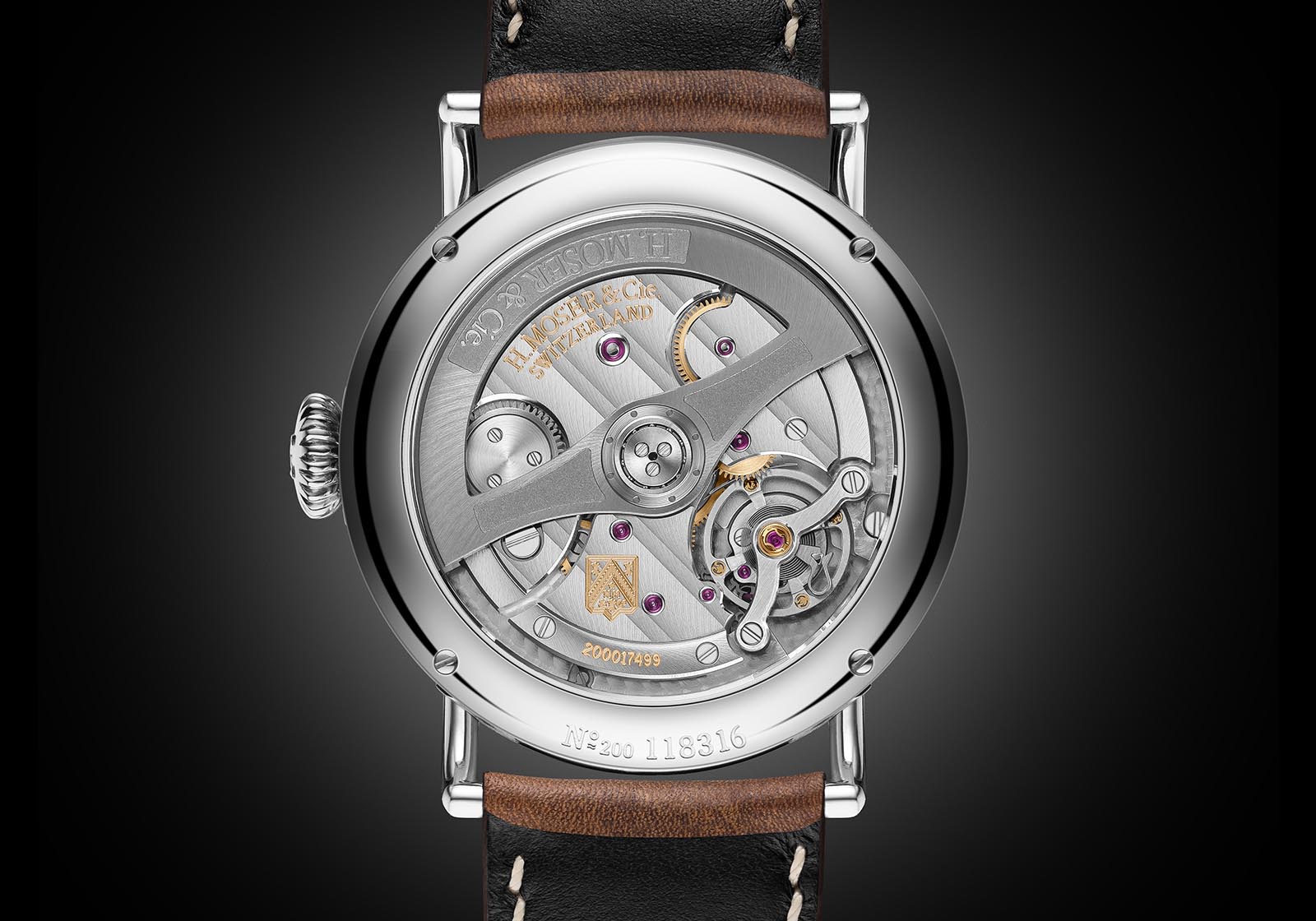 Correction December 2, 2019: The water-resistance is 30m, and not 300m as stated in an earlier version of the article.