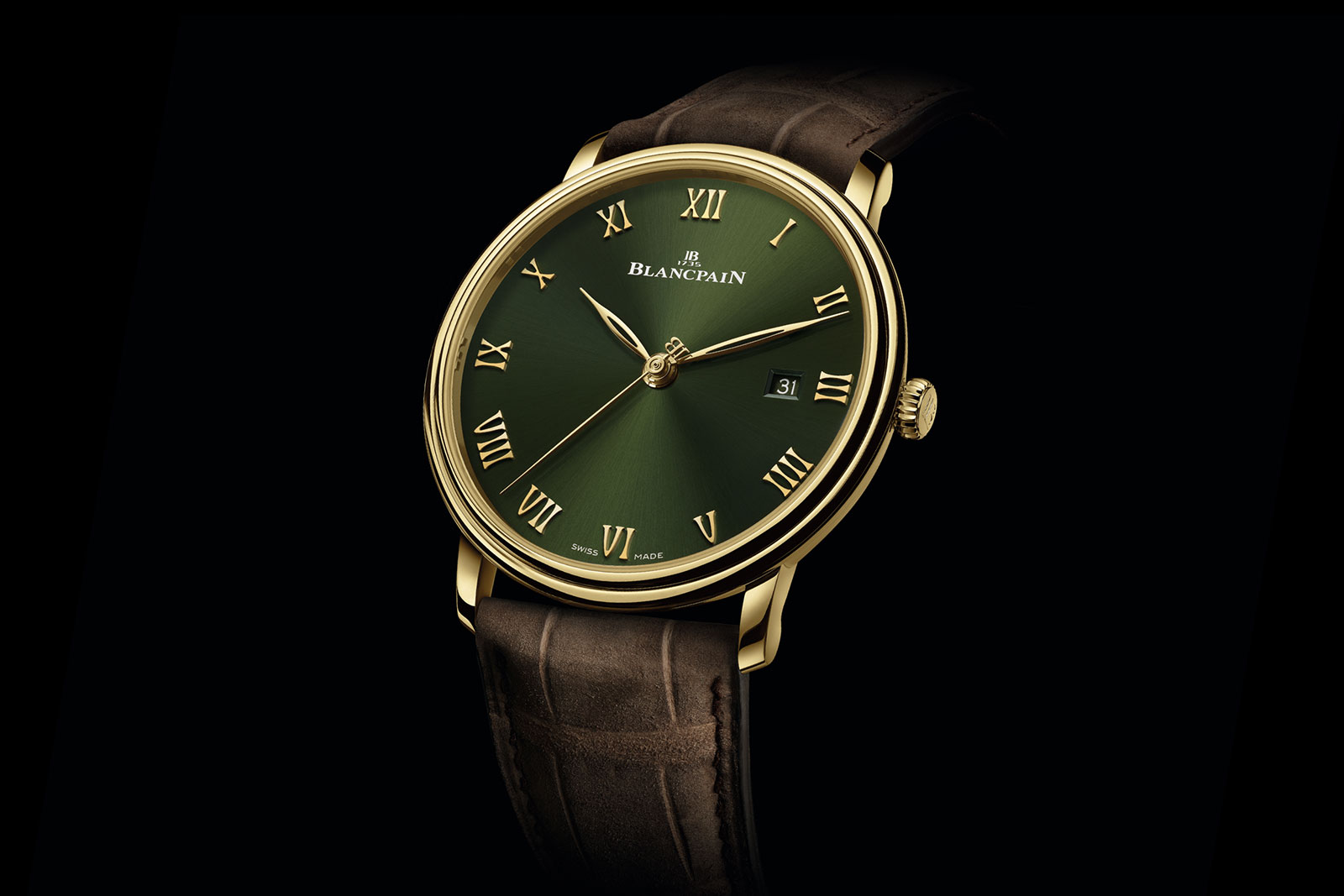 Perhaps the quintessential Blancpain dress watch, the Villeret is simple yet distinctive in style. Named after the own where Blancpain was founded, the Villeret collection has existed since the resurrection of the brand in the 1980s, but almost always with a white dial. So the latest to join the line up is unusual: the Villeret Extraplate Boutique Edition, a richly coloured watch in yellow gold and metallic olive green.

While exceedingly simple in design, the Villeret is made up of several subtle elements that make its instantly recognisable. The Roman numerals, for instance, have an unusual, geometric font that give them a slightly modern look. Add to that leaf hands with an open centre, and the narrow, double-stepped, bezel, and it is a Villeret.

The design is easily defined, but the Villeret line up is mostly made up of watches that resemble each other – most commonly a solemn white dial matched with a rose gold case. The highlight of the new model is its colour, which makes a big difference. 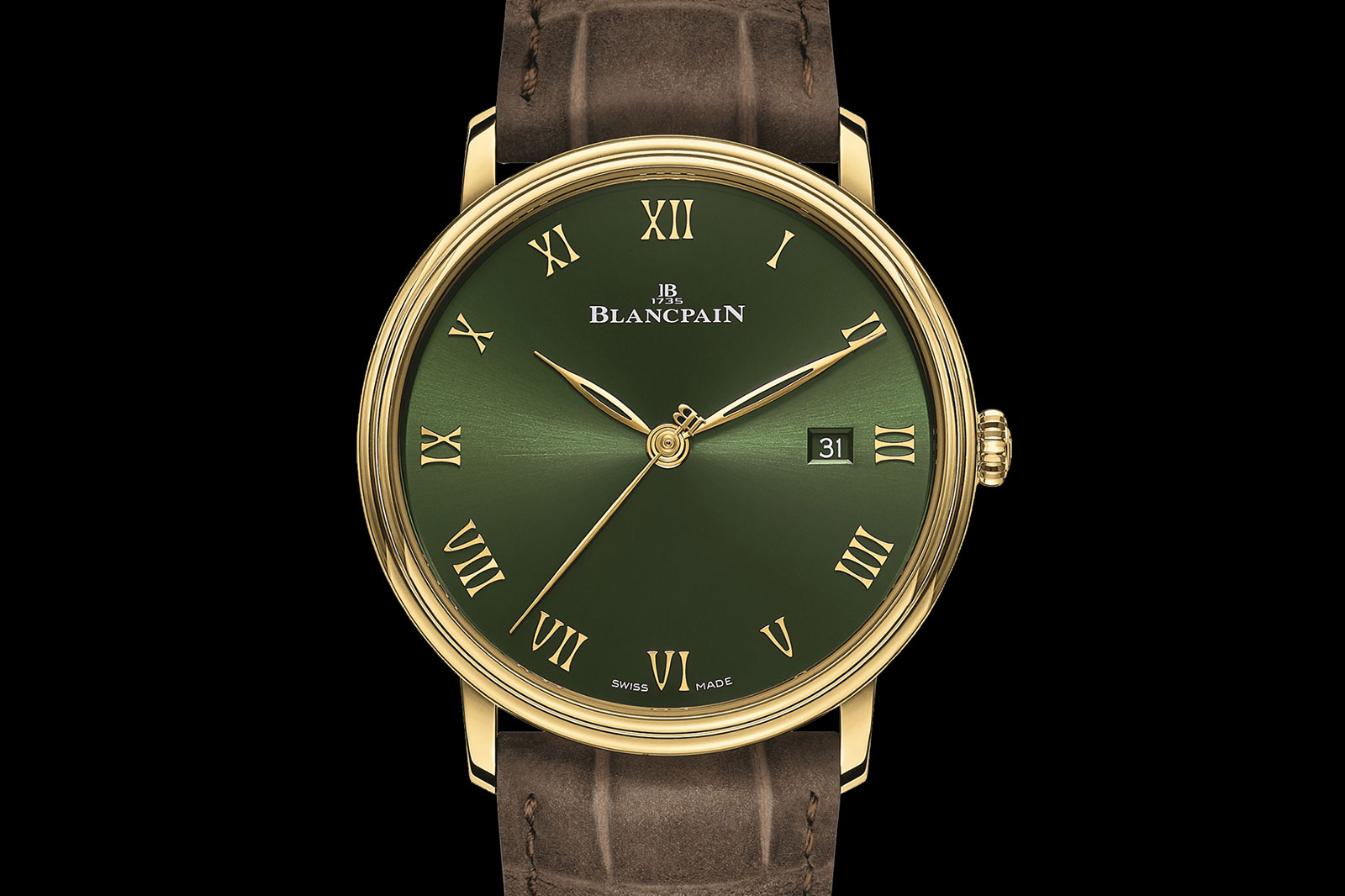 A first for Blancpain, the combination of a yellow gold case with a green dial is starkly different from the typical Villeret iterations. The colours are more contemporary and less old fashioned, resulting in a dress watch that stands out. Because both the case and dial colours are warm, the watch has a rich, saturated look that is striking, but perhaps not for everyone. That said, it is only 40 mm wide and 8.7 mm high, compact dimension that give it a discreet profile on the wrist.

Its only visual misstep is the date. Perhaps useful to some, the date gets in the way of the aesthetics, spoiling the balance and seamlessness of the dial. The position of the date is also too close to the centre of the dial, a consequence of the smallish movement inside. But fortunately the date is rendered in green like the dial, helping it recede a little into the background.

And Blancpain watches have a high level of fit and finish. Though the dial is simple, the Roman numerals are solid-gold appliqués. The movements are also excellent; mostly derived from Frederic Piguet calibres, they are slim and finished well. In short, they are as good as the competition, with the only weakness being the brand, which does not have as strong as identity as say Patek Philippe or Breguet.

While the highlight is the dial, the movement is solid in construction and quality. The automatic cal. 1151 is small and thin – just 3.25 mm high – but packs a surprisingly long power reserve of 100 hours thanks to twin barrels.

It is based on the cal. 1150 of Frederic Piguet, the movement manufacturer that was merged into Blancpain. Though the original cal. 1150 was launched in 1988, it has been updated with modern technology, such as a silicon hairspring. 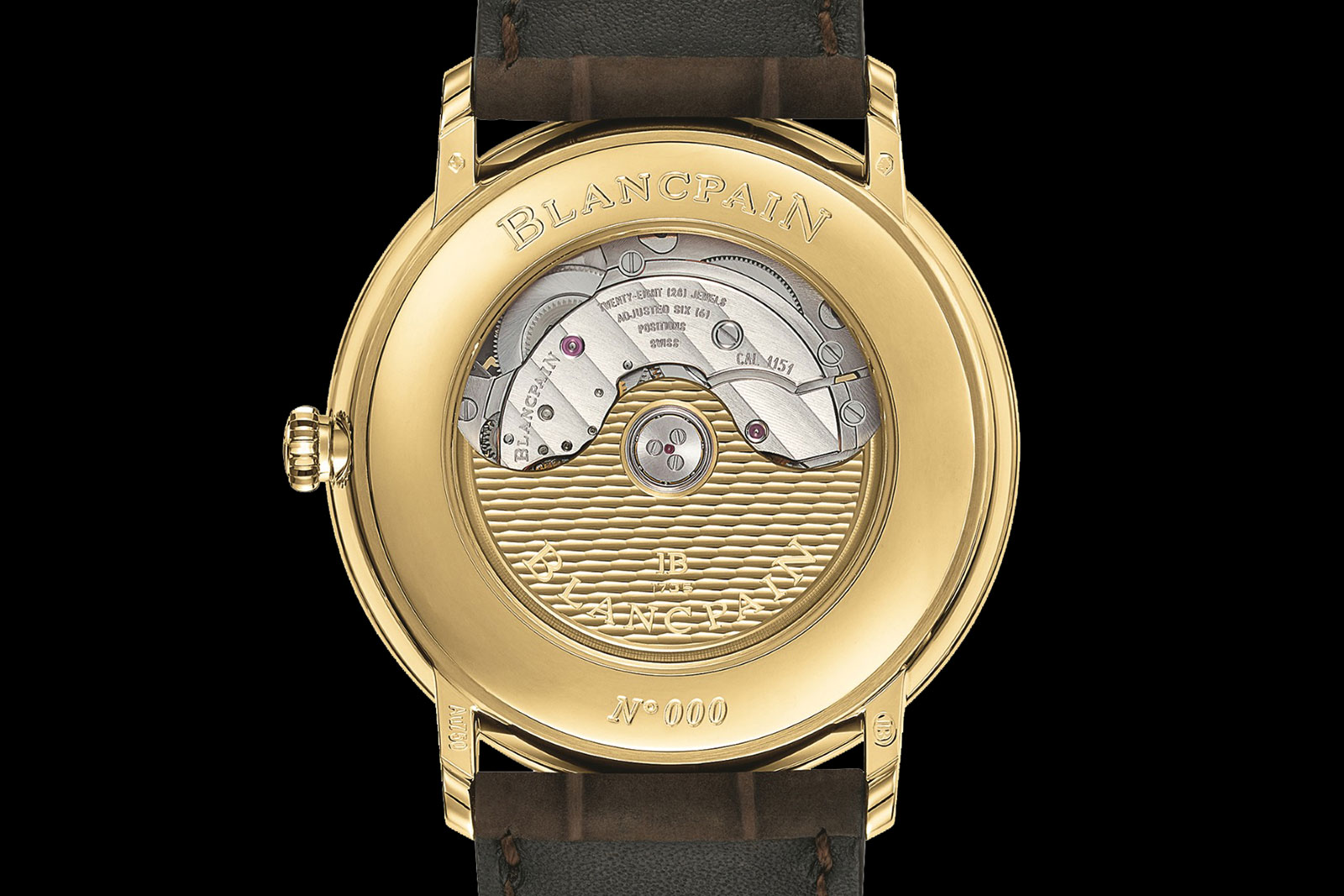 While largely finished by machine, the movement is attractively decorated and boasts finishing touches applied by hand like the polished bevelling of the bridges and chamfered screw heads. And most obvious is the solid-gold rotor that’s decorated with honeycomb guilloche.