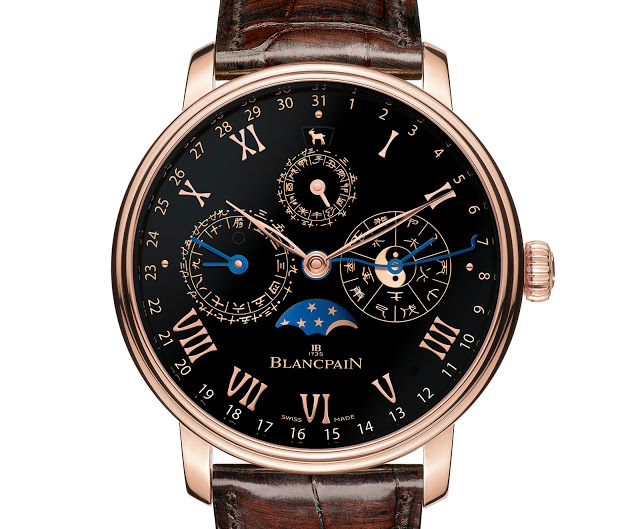 A unique version of the Villeret Traditional Chinese Calendar with a striking black enamel dial was conceived for Only Watch 2015, becoming one of the handful of watches by Blancpain fitted with such a dial. Originally introduced in 2012, the Blancpain Villeret Traditional Chinese Calendar is a wristwatch conceived for the Chinese market but one that is admirably different. Instead of an enamelled dragon or phoenix, it features a completely new complication, one that displays the traditional Chinese calendar. Blancpain’s contribution to charity auction Only Watch is a unique version of the Villeret Traditional Chinese Calendar fitted with a black enamel dial. The dial is black enamel with applied rose gold indices, as well as rose gold printing on the dial, all to match the 45mm rose gold case. The conventional Gregorian date is indicated on the outermost edge of the dial with a blued steel, serpentine hand. In addition to the dial, another feature unique to the Only Watch edition is the rose gold rotor decorated with black champlevé enamel.