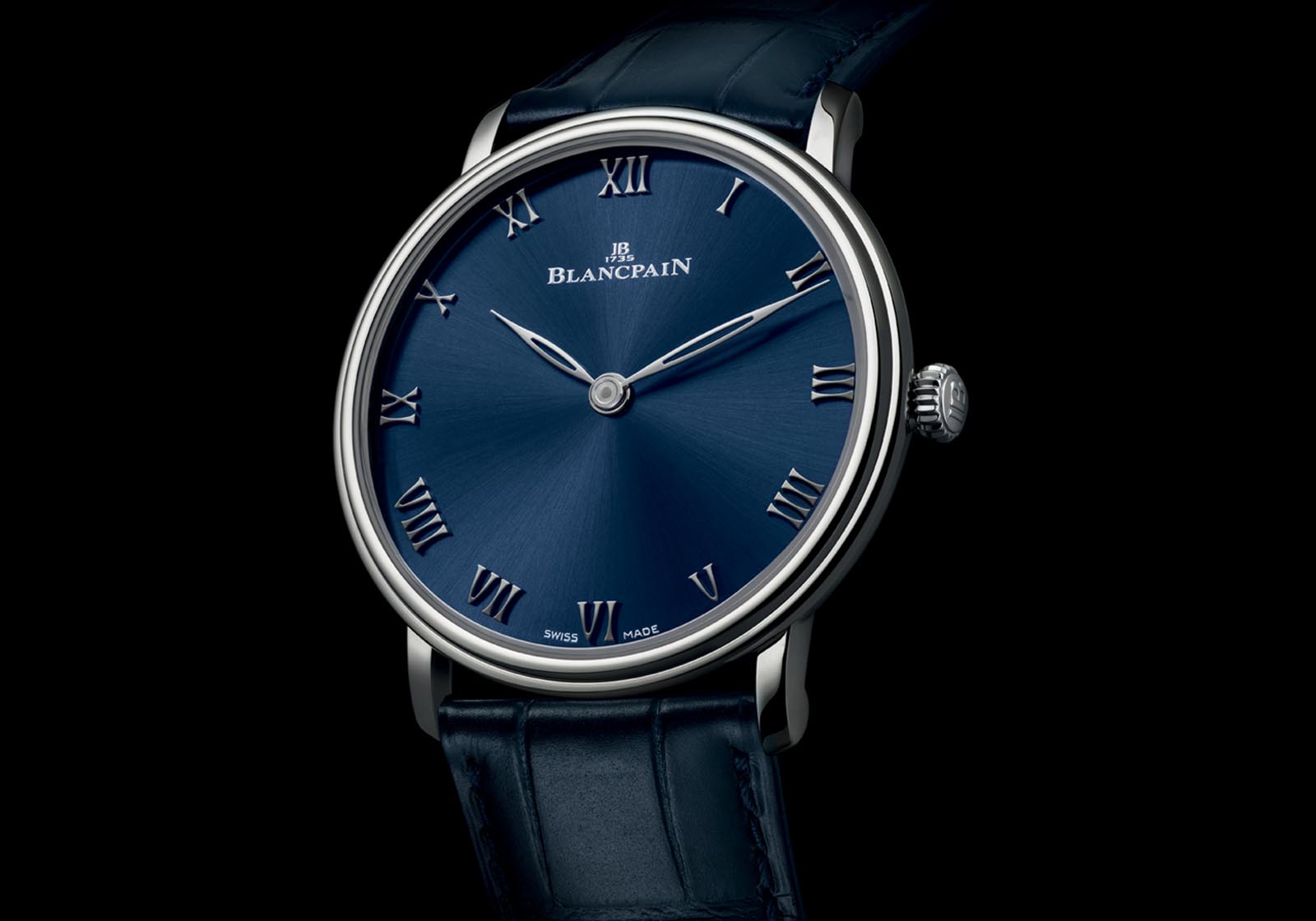 Originally introduced in stainless steel and red gold earlier in the year, Blancpain has just unveiled the top of the line Villeret Ultraplate 6605, now in platinum with a deep blue dial in an 88-piece limited edition.

Ultra plate is French for “ultra flat”, and it aptly describes the line, which includes both automatic and hand-wound models. The new Villeret Ultraplate 6605 is essentially the hand-wound, time-only version of the self-winding (plus date) Ultraplate 6223 that’s a decades-old mainstay in the Blancpain line-up. 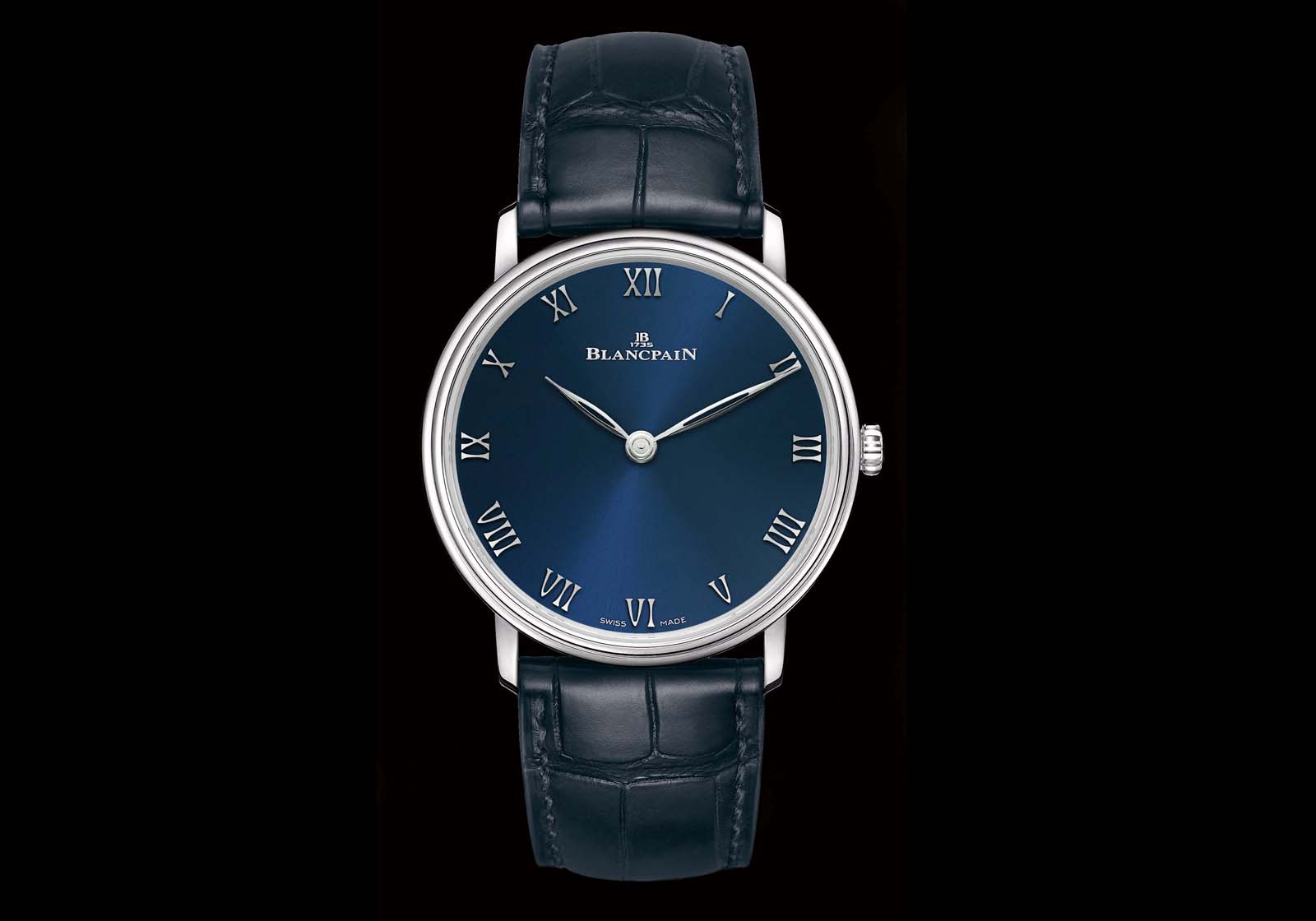 At 40mm wide and just 7.39mm high, the Ultraplate 6605 is compact on both dimensions and exceedingly elegant. It’s also slightly larger but thinner than the automatic 6223.

Entirely polished, the platinum case is done in typical Blancpain style, with a thin, double-stepped bezel and slim, short lugs that allow the watch to wear smaller than expected. 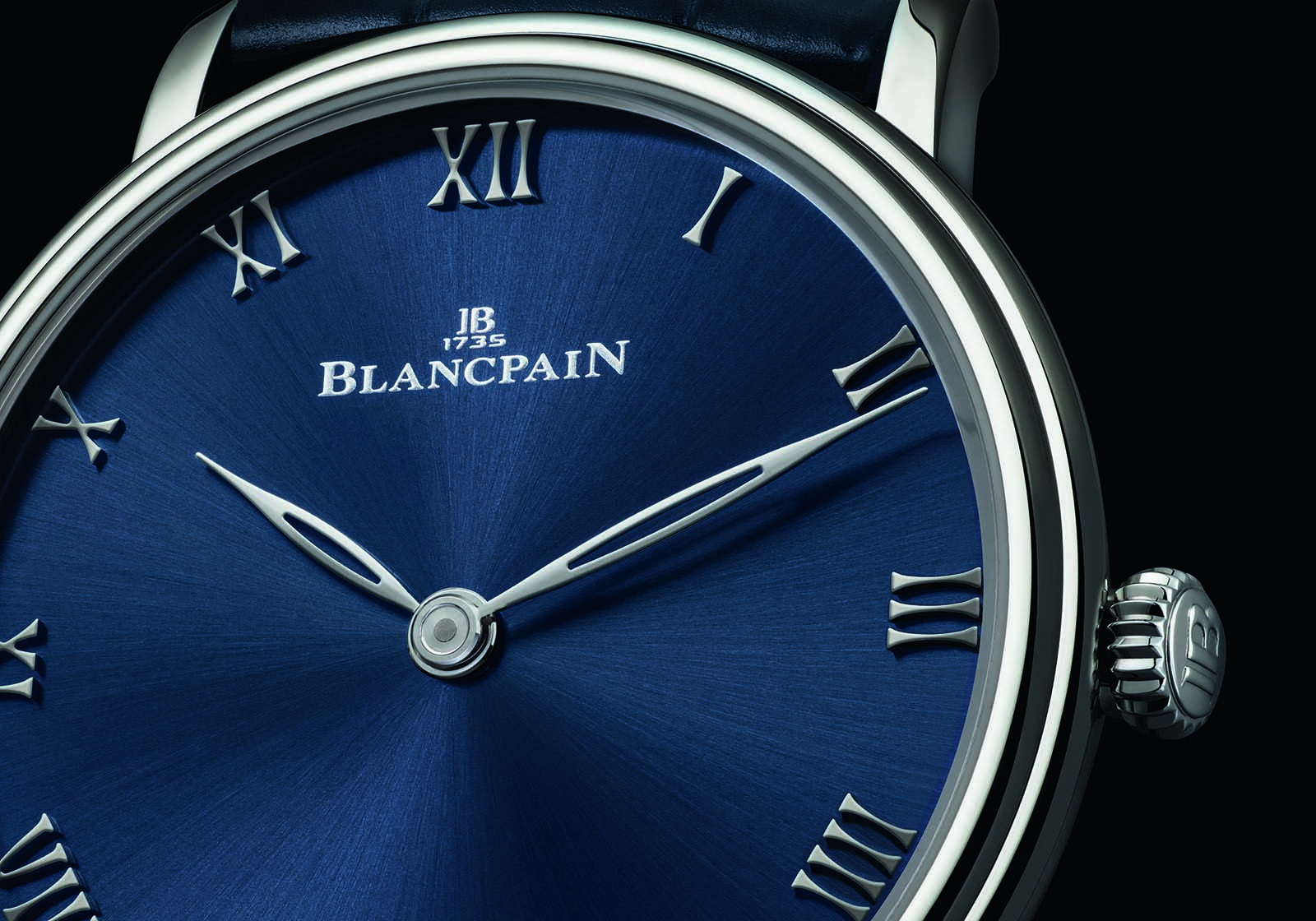 The deep blue dial has a simple sun-ray finish and features applied Roman numerals in white gold, along with a pair of elegant, open-worked leaf-shaped hands – a tiny detail but one that lightens the dial.

Powering the watch is the hand-wound cal. 11A4B. Though a new movement, it is based on the automatic Frederic Piguet cal. 1150 introduced in 1988.

The 11A4B is essentially an enlarged, hand-wind variant of the cal. 1150, with a diameter of 27.8m versus the 1150’s 26.2mm. Some of the enlargement is thanks to wider base plate and bridges, while retaining the original architecture – explaining why the balance wheel sits far from the edge of the base plate.

But the movement was also substantially upgraded, as with all of the Frederic Piguet movement now used by Blancpain. The balance, for instance, is free sprung and regulated by adjusting the timing screws that sit in the recesses of the balance wheel.

Additionally, the hairspring is made of silicon, which is light, anti-magnetic and can be fabricated in more precise shapes for better concentricity, and thus better isochronism.