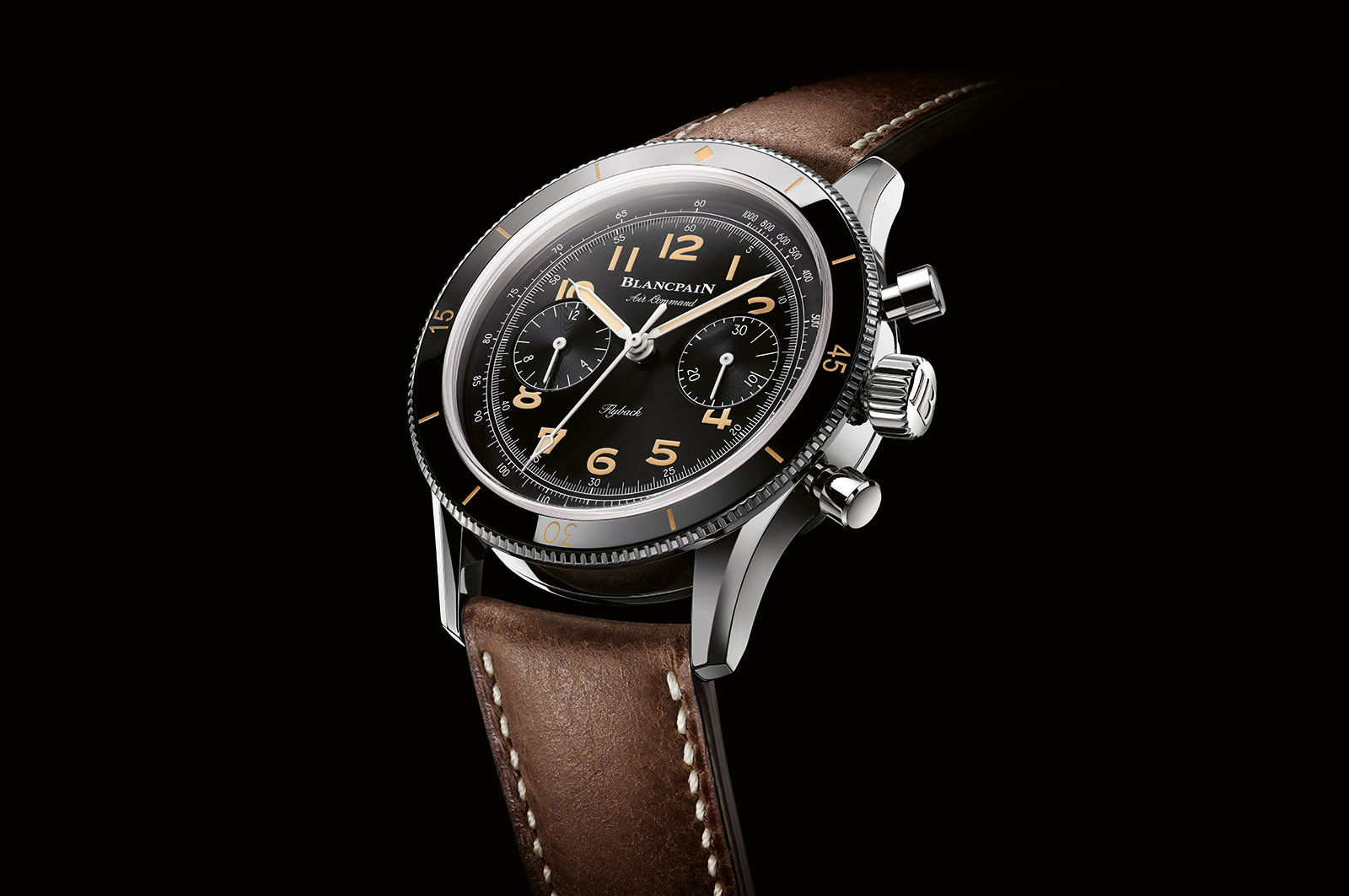 While Blancpain is best known for its Fifty Fathoms dive watch, one of its rarest and most valuable vintage sports watches is actually a pilot’s chronograph.

Produced in the late 1950s, the Air Command was conceived for US Air Force pilots but never met with much success. According to Blancpain, perhaps a dozen prototypes were made.

Consequently, an original Air Command is an exceedingly rare watch, with one example having been sold at Phillips in 2016 for 100,000 Swiss francs, or about US$99,000. At the same time, the modern reinterpretation is priced less like a sports watch remake than a high-end sports chronograph. 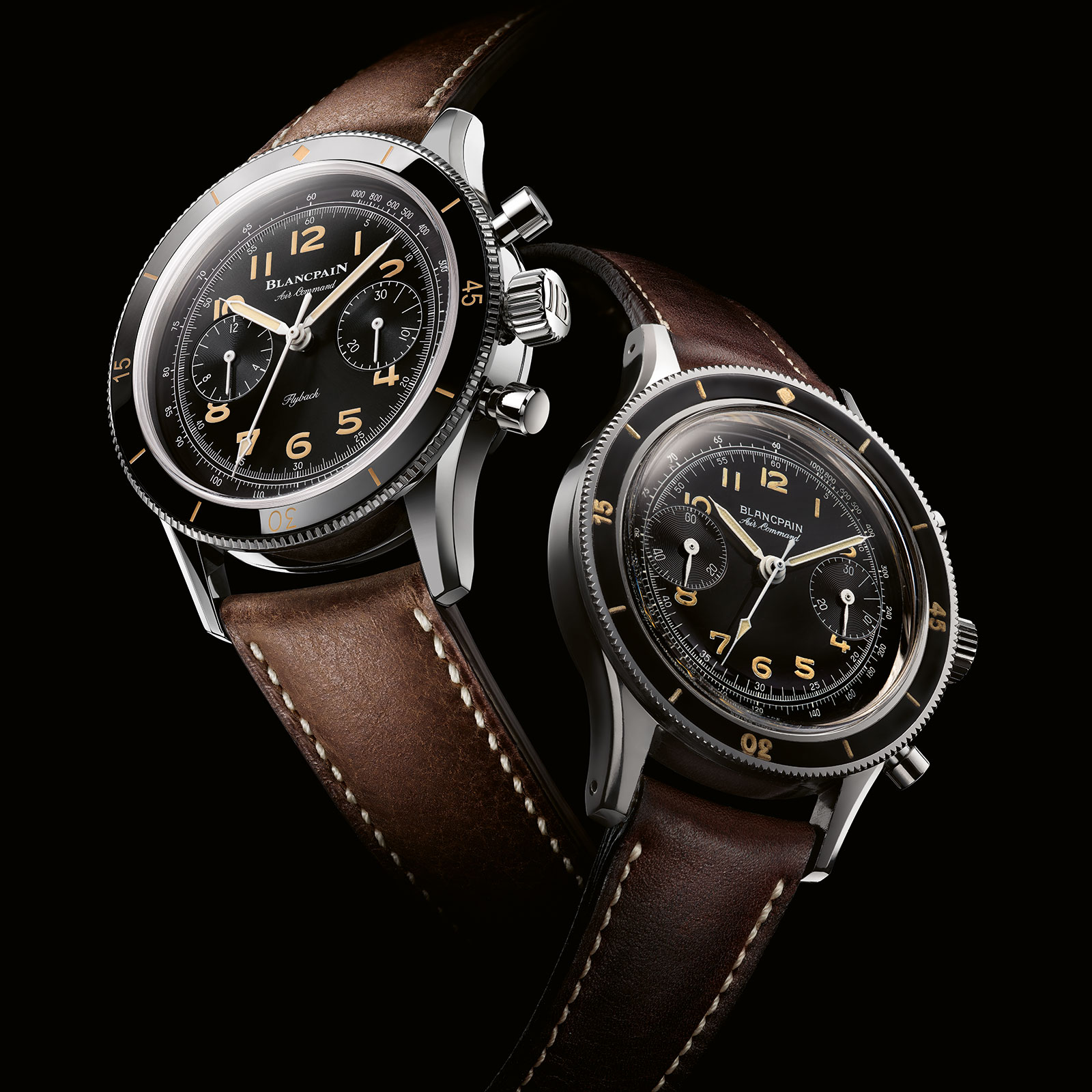 The remake (left) and the original

But now Blancpain has recreated the Air Command in a manner faithful to the original, albeit with a top of the line, modern movement.

The remake is slightly larger at 42.5mm, compared to 42mm for the original. It’s equipped with a bidirectional, ratcheted bezel with a ceramic insert. And the bezel is a domed, “box type” sapphire that approximates the look of the Plexiglas crystal on the original.

Despite being larger, the dial is pretty much a dead ringer for the original. All the luminous markings on the dial and bezel are in faux vintage Super-Luminova that recreates the look of the aged radium on the originals. 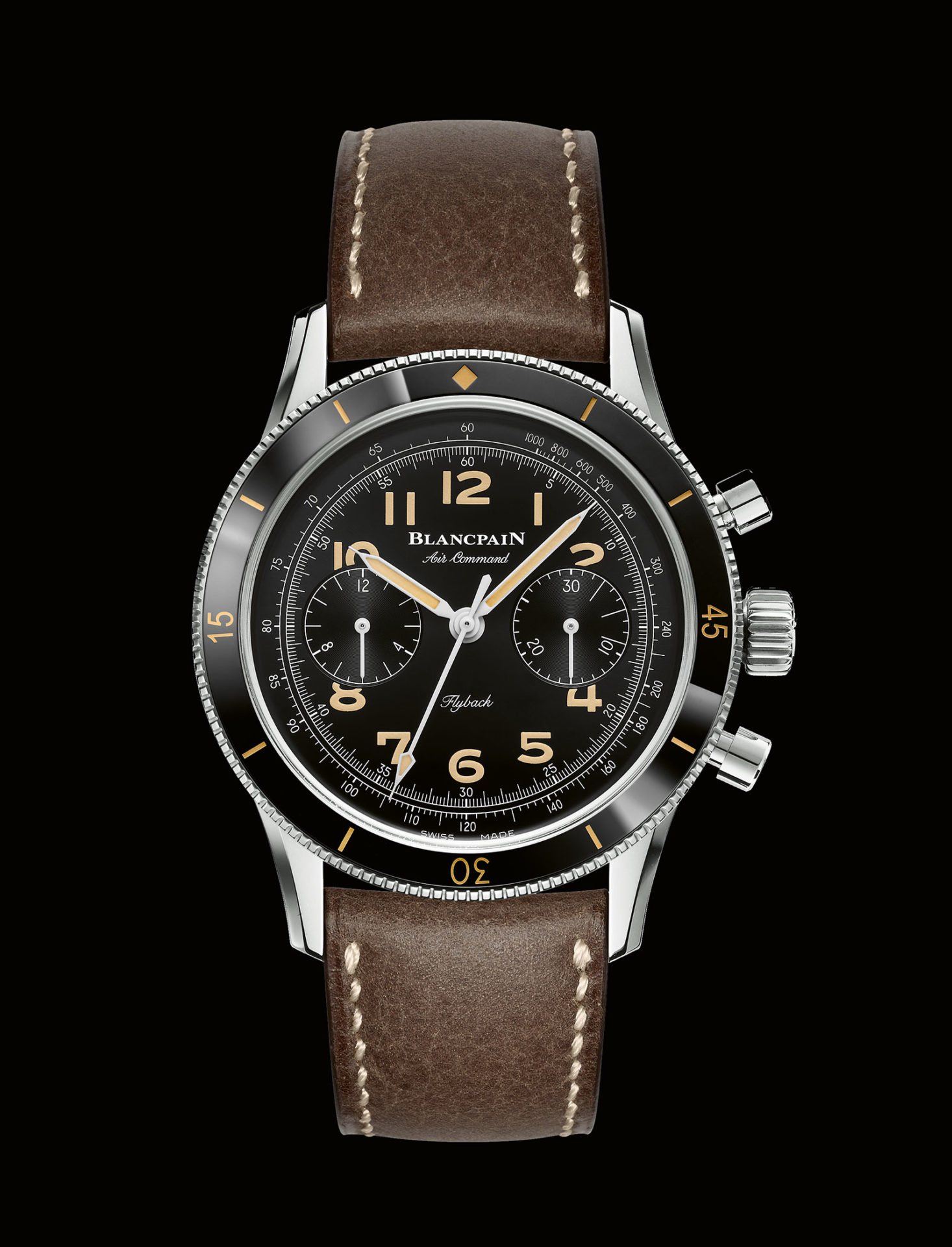 Inside is the F388B movement that’s derived from the Frederic Piguet 1185. Equipped with both a vertical clutch and column wheel, it’s a high frequency chronograph, beating at 5Hz, or 36,000 beats per hour. And like all other Blancpain movements, it has a silicon hairspring.

And as with the original Air Command that was powered by a Valjoux 222, the remake is also equipped with a flyback function. 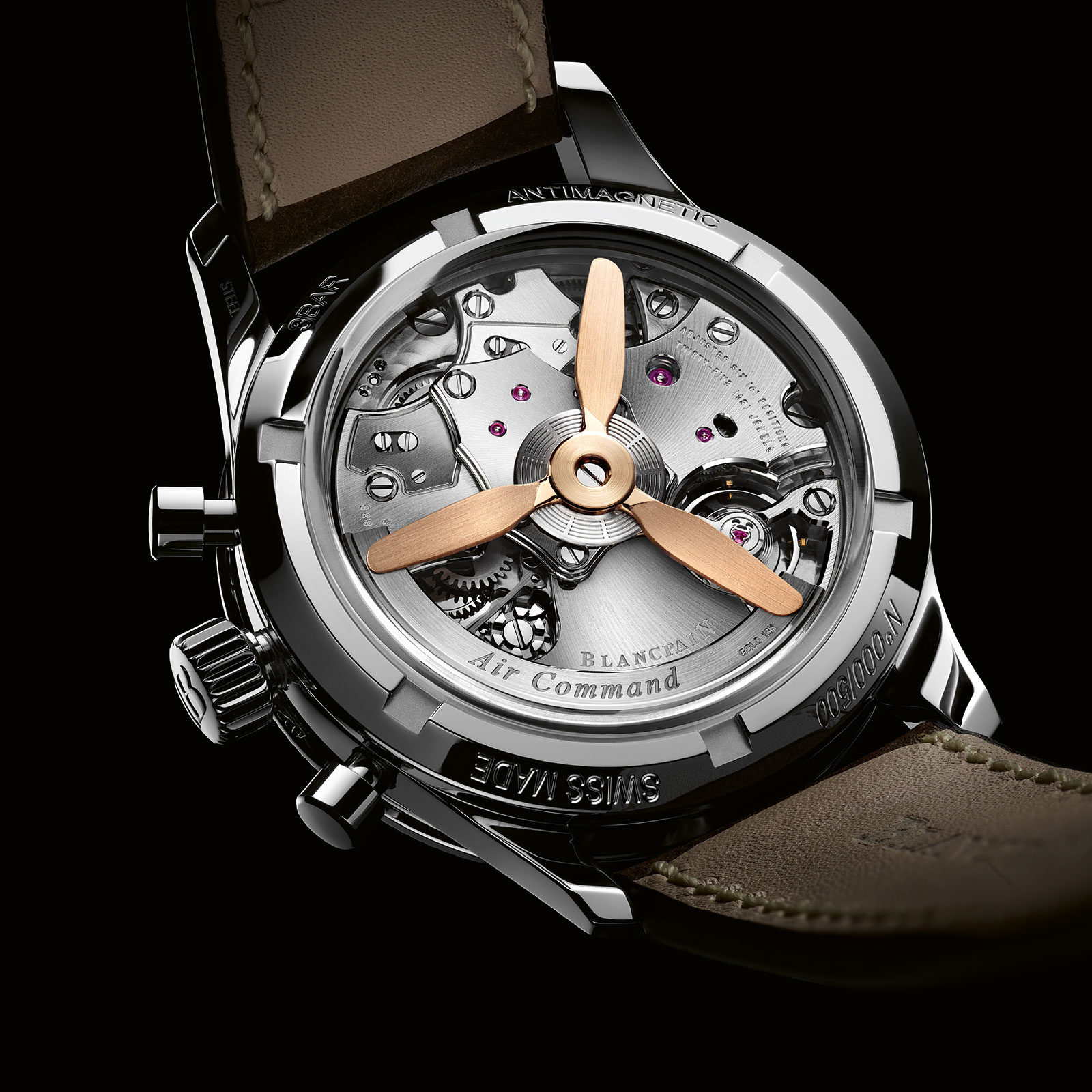