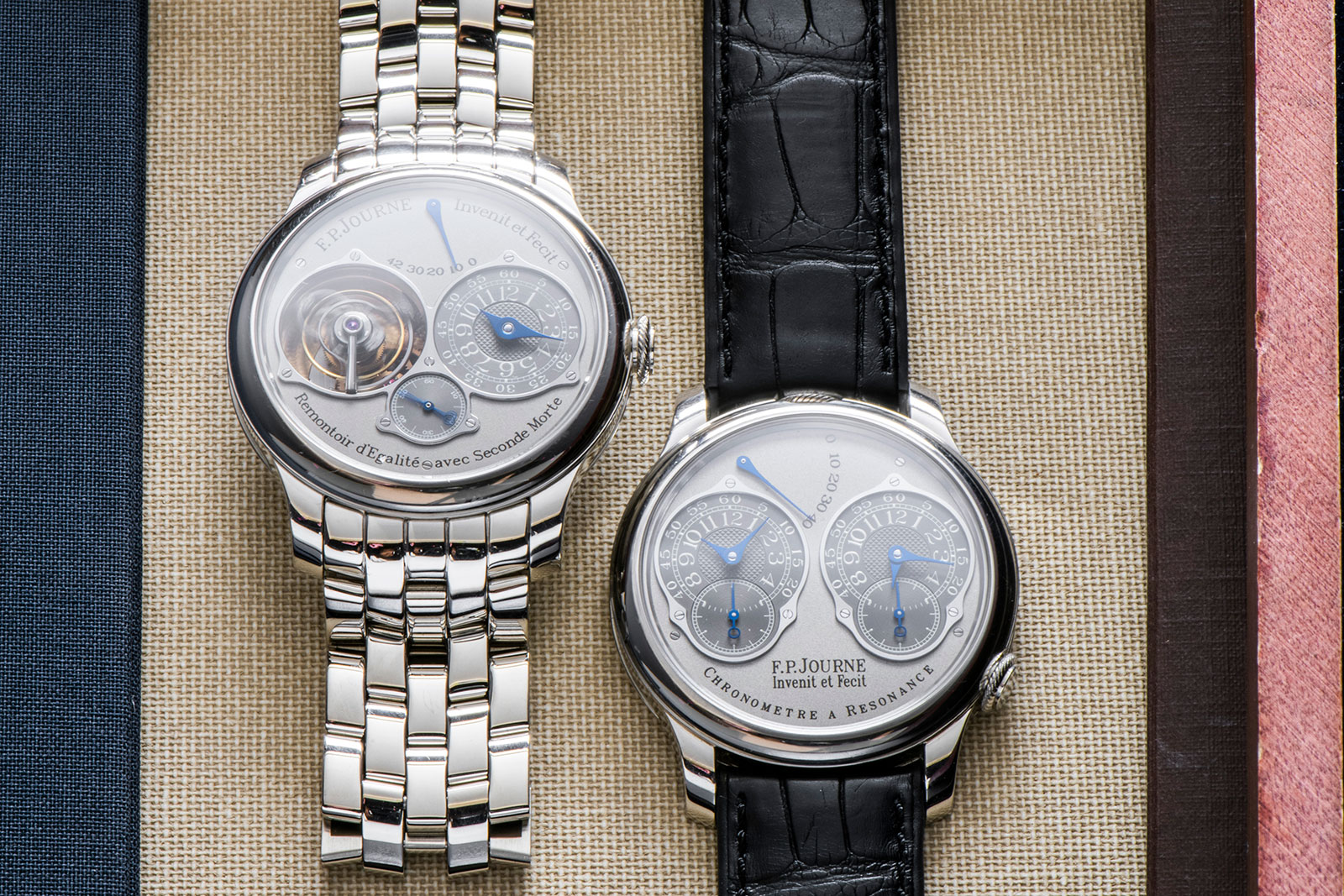 Once a leading auctioneer for high-end pocket watches in the late 20th century, Zurich-based Ineichen is now also specialised in wristwatches. Its upcoming November auction includes an intriguing pair of F.P. Journe watches – a Resonance and tourbillon naturally – both from limited editions made for Pisa Orologeria.

Located in Milan, Pisa is one of Italy’s more storied watch retailers. It is a family-run business and prominent enough that a good number of watch brands – ranging from A. Lange & Söhne to Vacheron Constantin – once created limited editions exclusively for Pisa, back when brands used to do such things.

Both F.P. Journe watches going on the block at Ineichen were limited editions made for Pisa, and share the same uncommon silver-and-grey livery. The first watch is a Resonance made to mark the 60th anniversary of Pisa in 2000. It has standard 40 mm case and rose gold movement, with an extremely unusual dial. 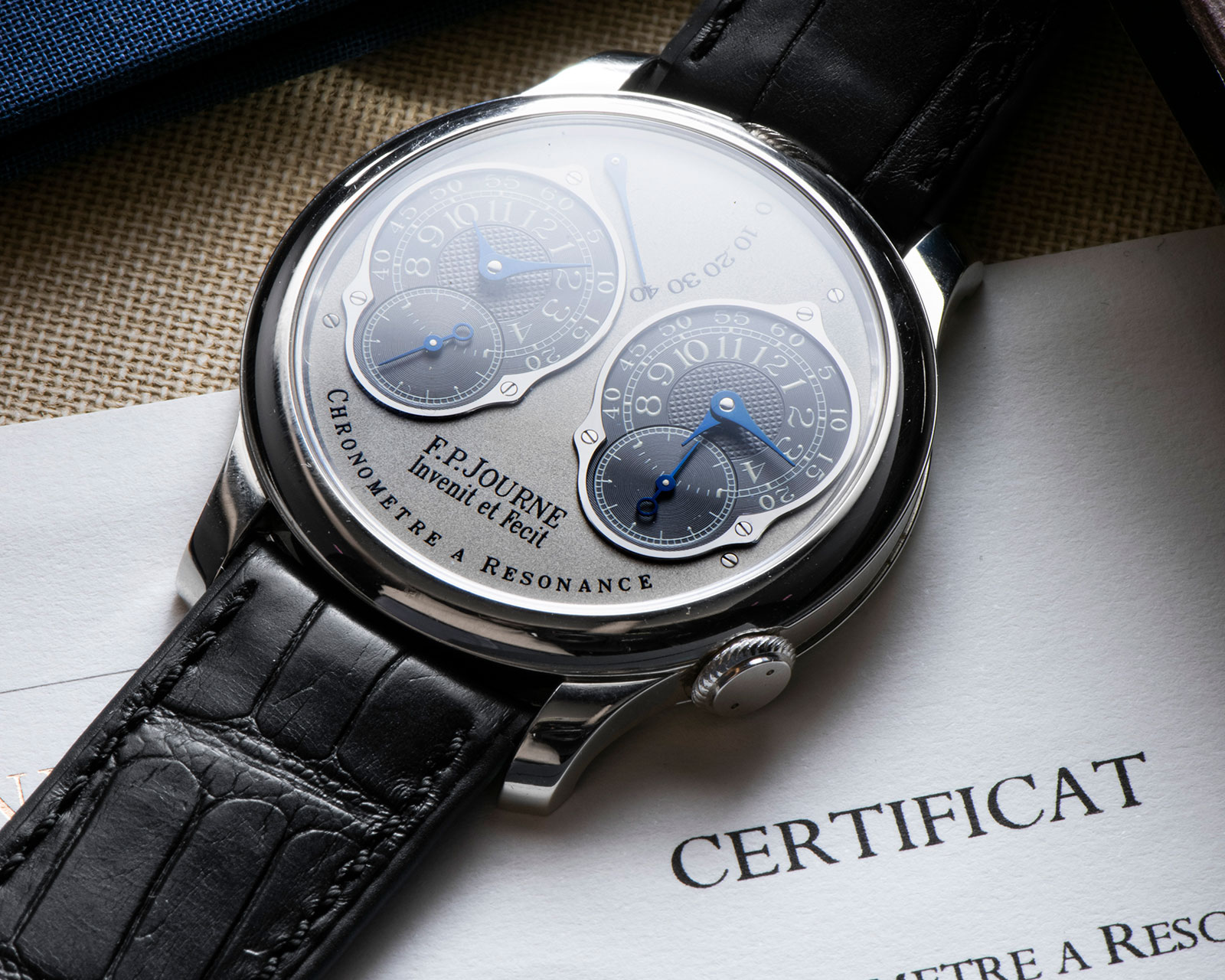 Made of white gold, the dial features dark grey, ruthenium-plated sub-dials with white markings, an unusual combination then and still today.

Only five were made, and only one has been sold publicly before – another example sold for 106,250 Swiss francs at Christie’s Geneva in 2015, which was then a record price. The market for F.P. Journe watches has since taken a turbocharged ride upwards, which means the 2015 price will probably be left in the distance at next month’s auction.

The next Pisa edition was a follow up to the Resonance. It’s a 40 mm tourbillon with a similar dial – white gold with dark grey sub-dials – although not conceived for any specific event.

According to Ineichen, the tourbillon was offered to buyers of the 60th anniversary Resonance, to allow the owners to have a matched pair. Like the Resonance, only five were made. This particular example for sale is fitted to a matching bracelet, a weighty upgrade that is not often encountered as precious metal bracelets were (and still are) extremely expensive. 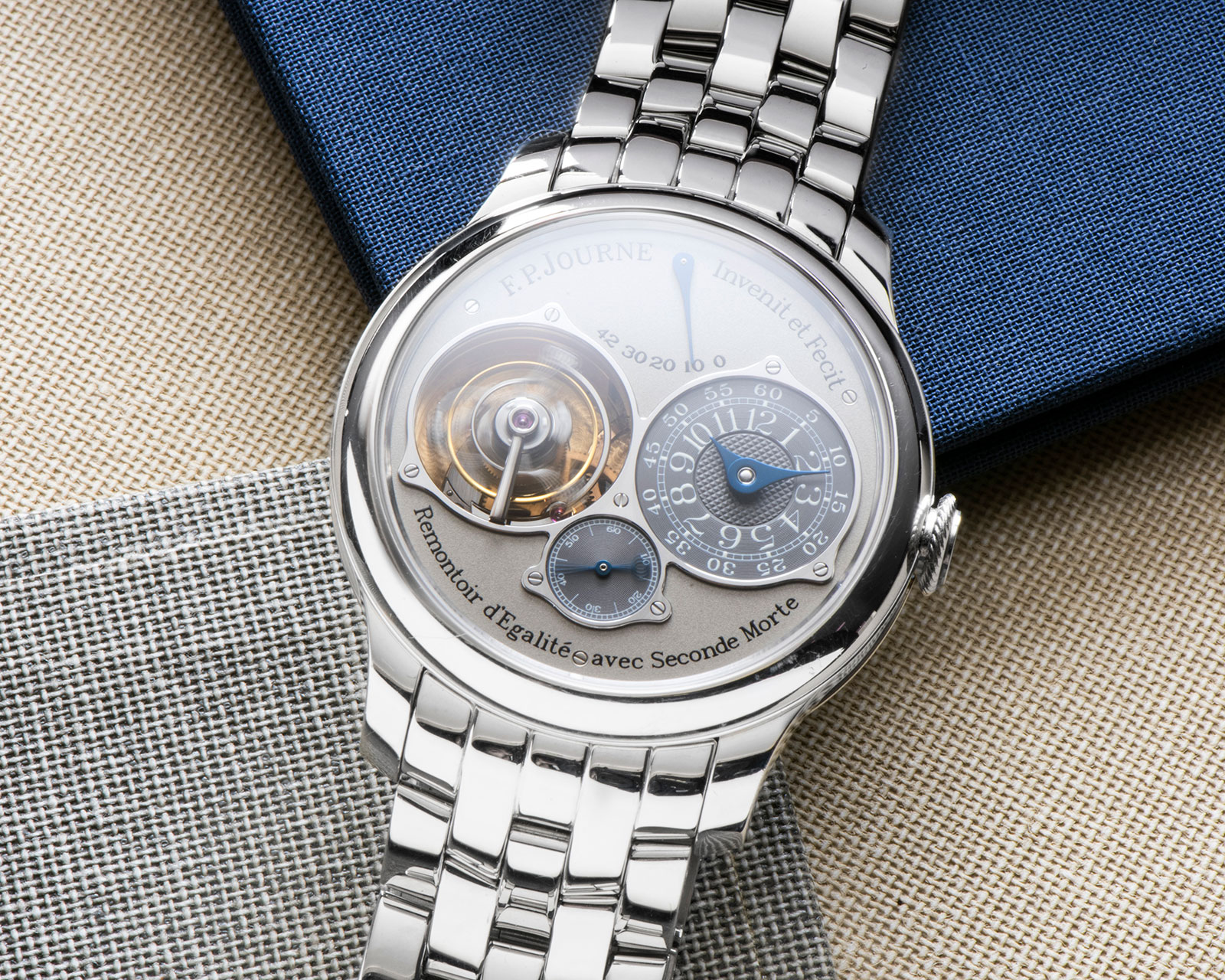 Both watches are accompanied by a certificate of authenticity (and not the original certificate), as well as the respective boxes.

The auction takes place on November 21, 2020 at the Metropol in Zurich. For the catalogue, visit Ineichen.com.

From a single, original owner.