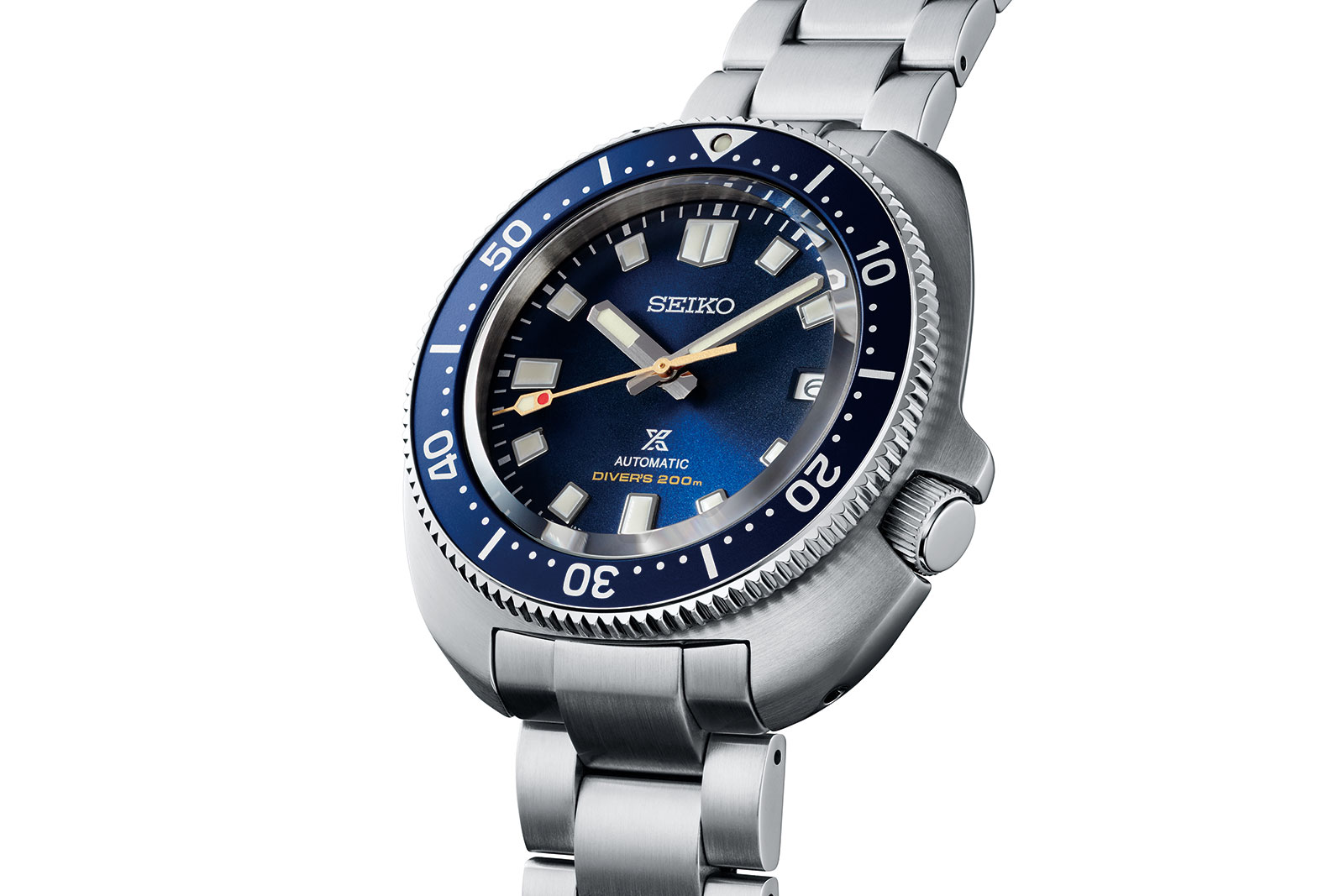 Seiko is certainly not short on diver’s watches: it introduced the 55th anniversary trilogy in March, as well as a green-dial LX diver a few months later. This pair feels like two watches too many, especially since they aren’t that different from watches launched before. 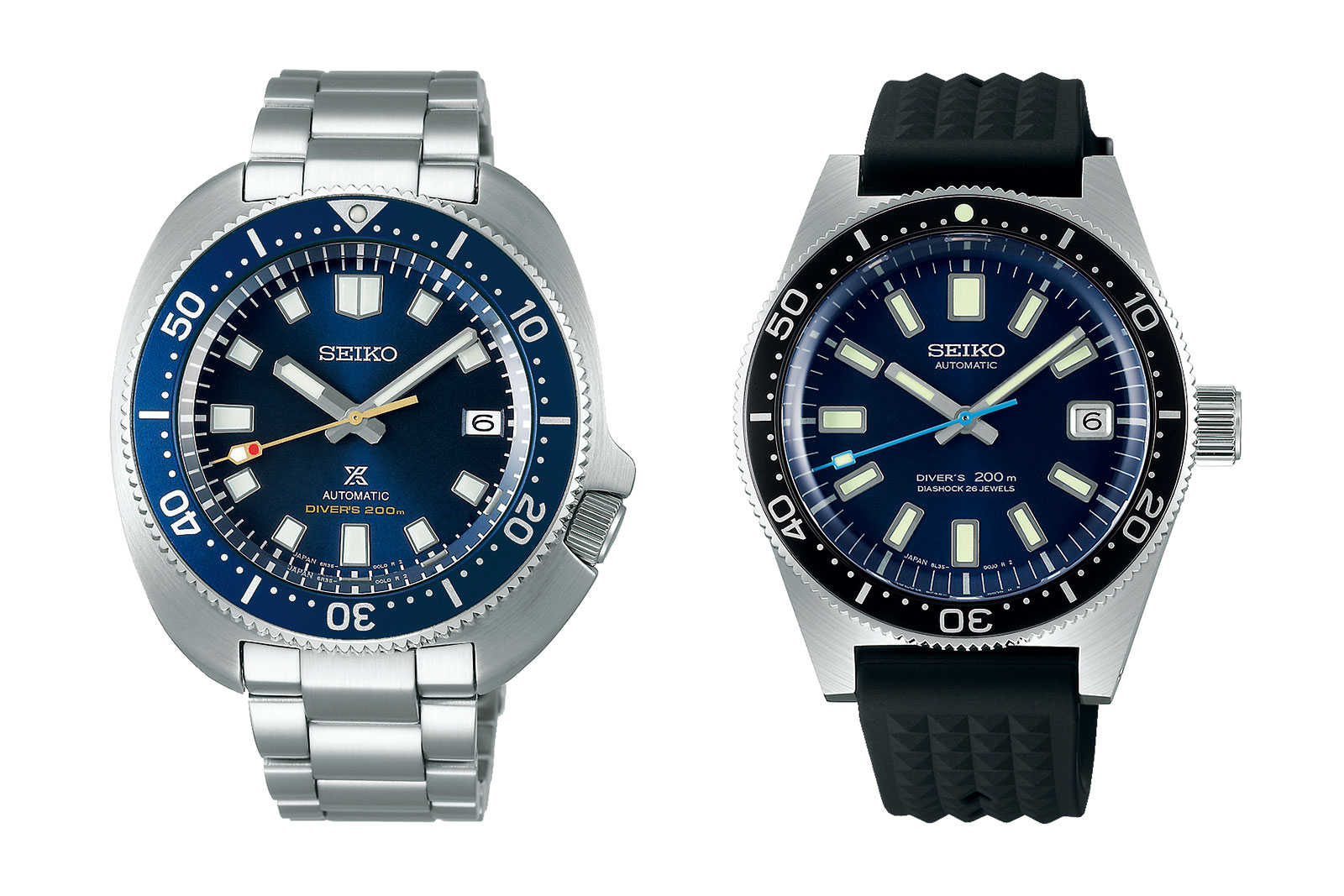 It’s a given that both possess all of the intrinsic appeal of Seiko dive watches – solid construction, excellent case finishing, and a robust movement. The two watches also enjoy strong historical legitimacy given Seiko’s immense track record in dive watches.

But not only does there seem to be too many Seiko limited editions, both are not quite as afforably priced as Seiko dive watches once were. They are still reasonably priced, but no longer as compelling.

Notably, it is slimmer than the remake from the diver’s watch trilogy launched earlier in the year, because this is powered by the 8L35 running at 4 Hz instead of the high-frequency 8L55 that beats at 5 Hz. 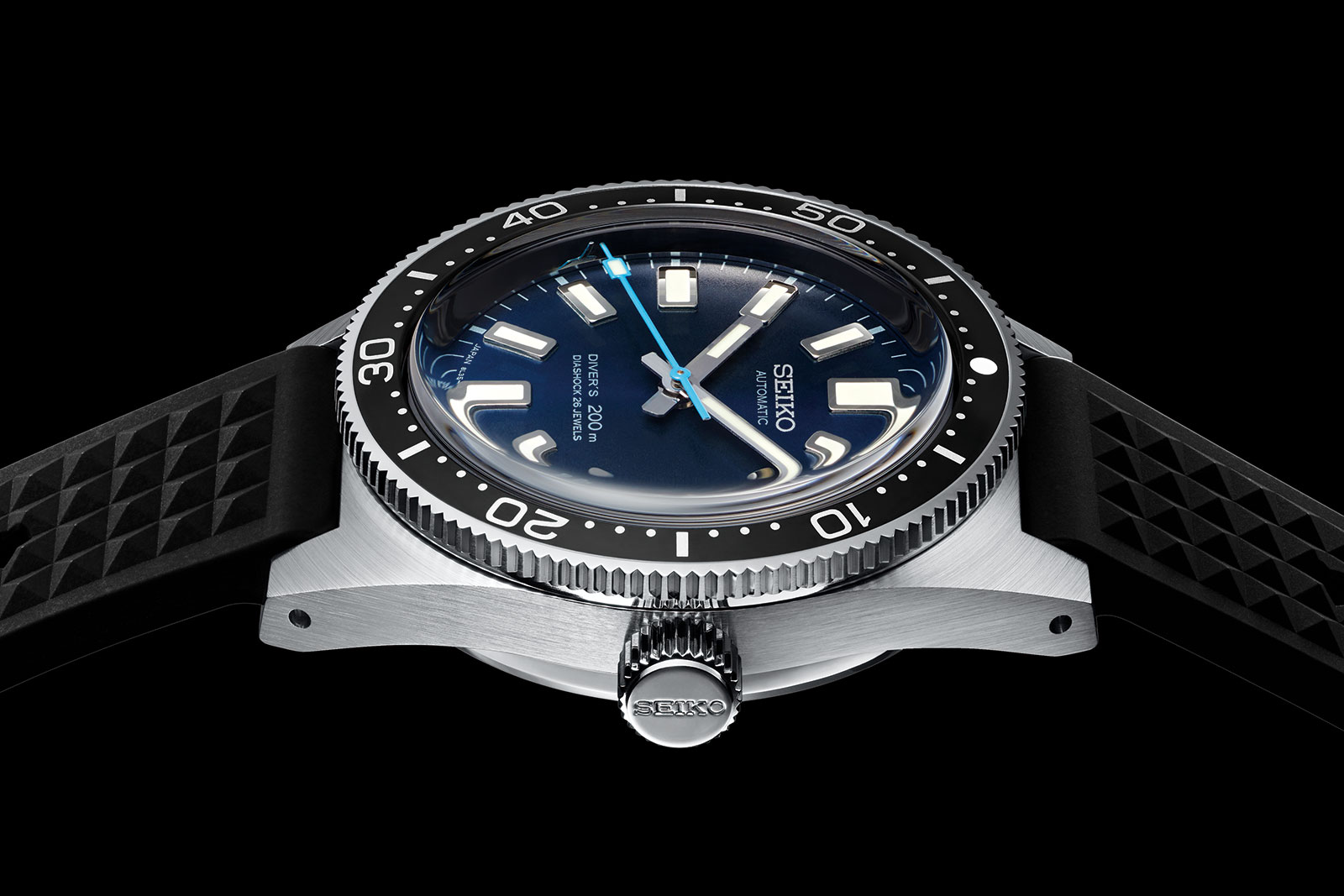 Like the watches of the trilogy, this has a case made of Ever-Brilliant Steel, an alloy with higher corrosion resistance than the typical stainless steel used for watch cases. And it also has a brighter, more silvery tone, as opposed to the greyish look of standard steels. 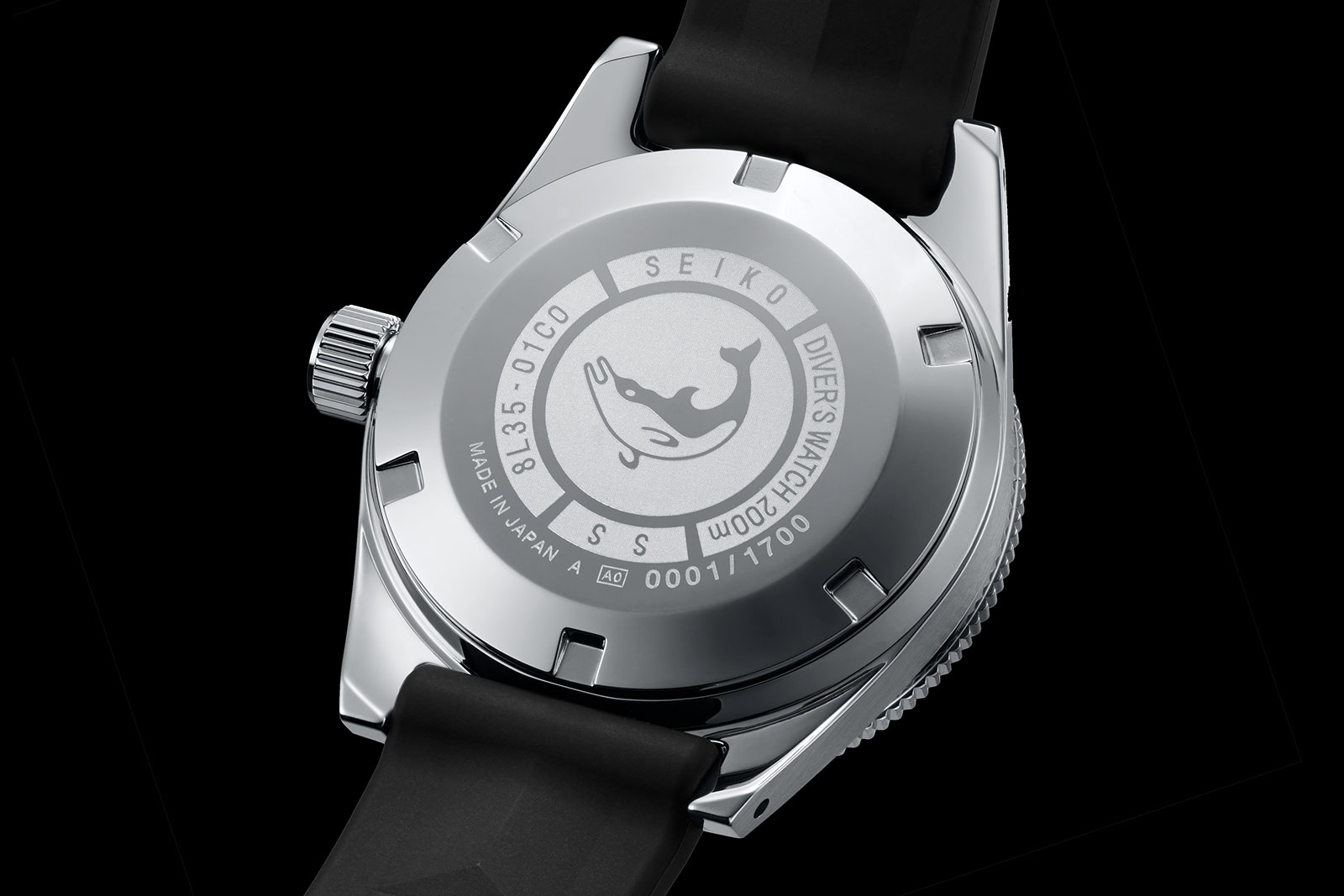 The more affordable 1970 Diver’s Modern Re-interpretation SPB183 is based on the ref. 6105-8110, which was distinguished by its turtle-shaped case (and already remade last year). 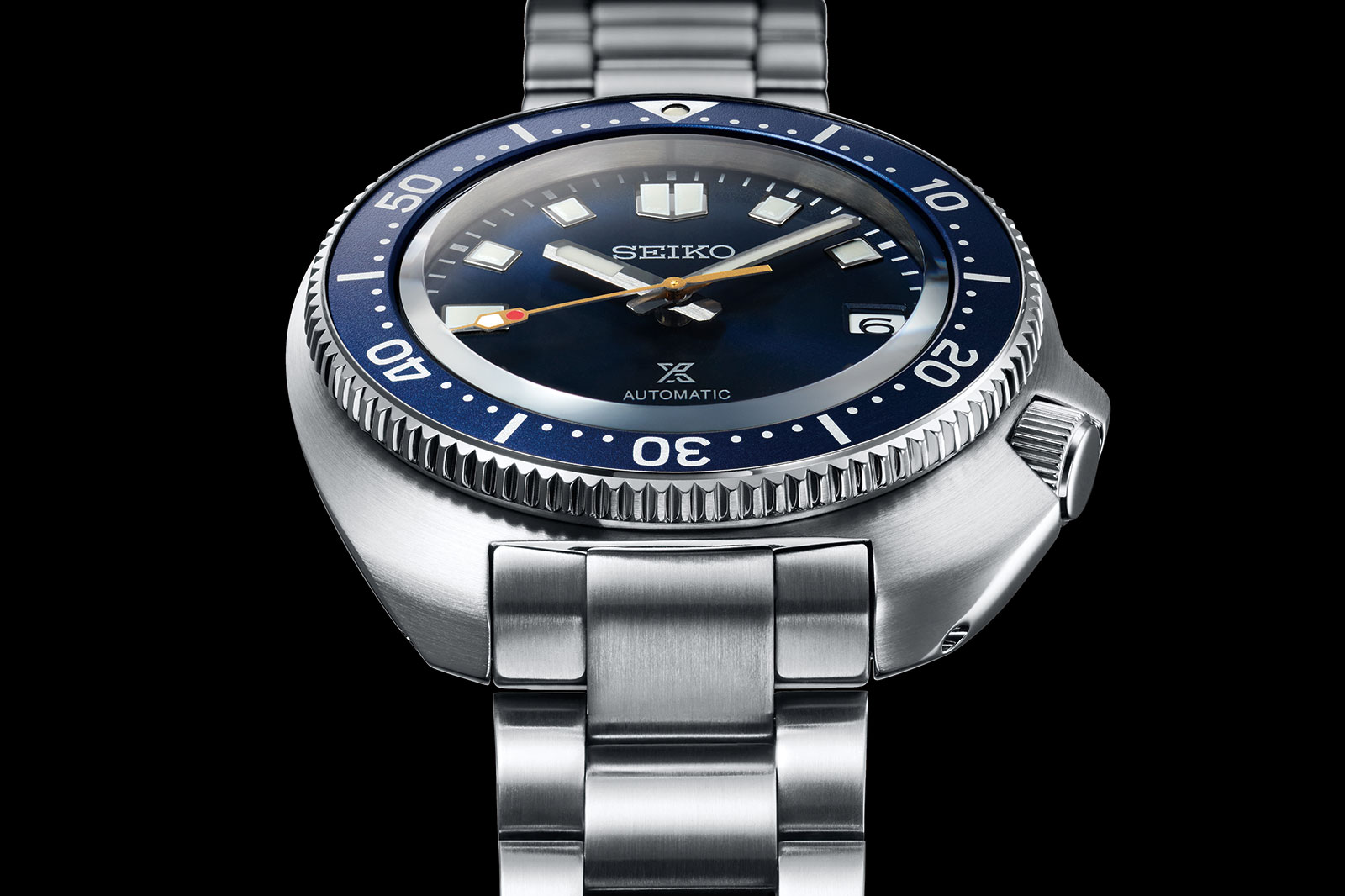 The case and bezel are steel that’s been protected with Seiko’s proprietary, carbon-based “super hard coating” that improves its surface scratch resistance. And it has been enhanced by the Zaratsu polishing of the topmost edge of the bezel. Most commonly used to finish the entire case on Grand Seiko watches, Zaratsu is a technique for flat polishing that produces an extremely flat, mirror-finished surface.

This is powered by the 6R35, an automatic movement found in most of Seiko’s mid-range watches but still equipped with a convenient, 70-hour power reserve. 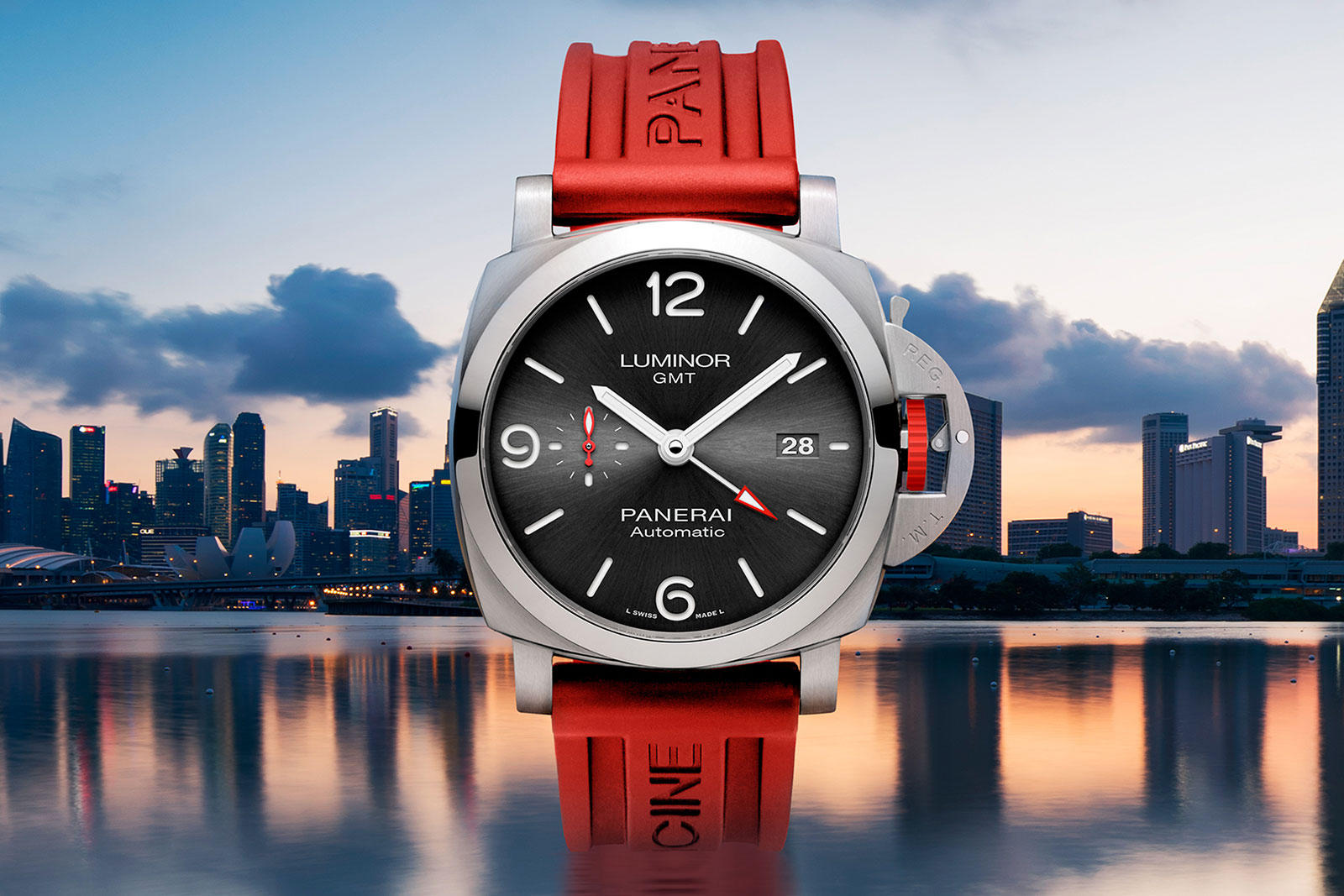 A limited edition created to mark the opening of the revamped Panerai boutique in Singapore – which is now almost a decade old, having opened in 2011 – the Luminor GMT ION Special Edition PAM01177 is a variation on the standard-production PAM01033. Featuring a 44 mm case, it’s accented in red, the key colour of the Singapore national flag, and bears the island nation’s emblem on the case back.

The highlight of the new Luminor GMT are aesthetic tweaks – although Panerai is doing a red crown for the first time here. It is not majorly different, but the design is on point for a sports watch, with the red elements easily blending in without disrupting the typical clean style of the Luminor.

Despite the simplicity of the colour palette, it manages to stand apart from most current sports watches because it avoids being blue, the colour that’s all the rage now. And it is very much a contemporary Panerai in style, doing away with the heavily-traditional designs of the brand’s historically-inspired models. 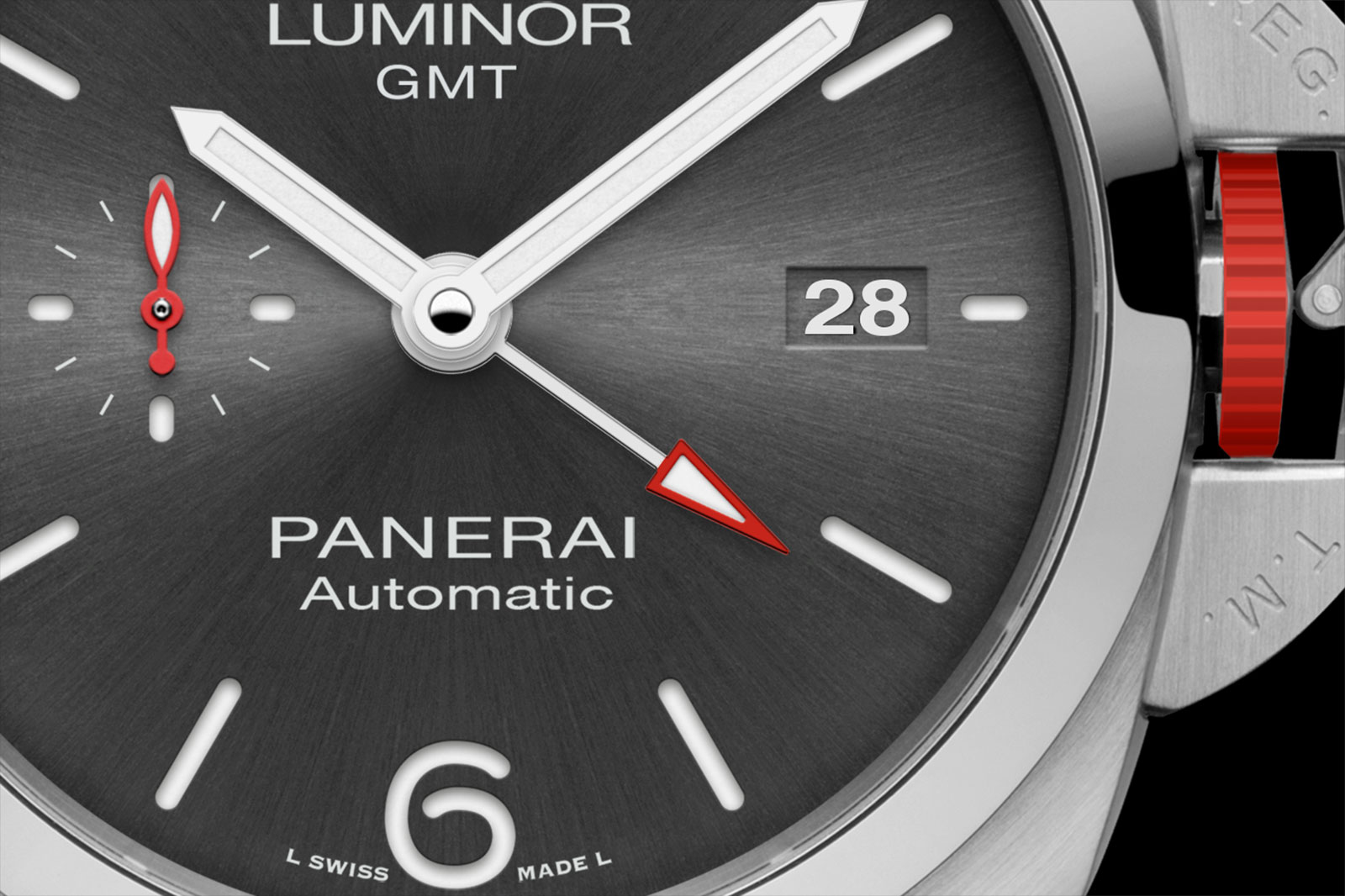 With the tweaks being modest, it is priced reasonably as such things go. This costs S$13,850, about 7%, or S$900, over the standard PAM01033. But it’s worth keeping in mind the P.9010 inside the ION edition is a noticeably simpler movement than the P.9011 found in the PAM01033, lacking the power reserve indicator on the back for instance. Overall, it is a good-looking sports watch, though the simpler movement is a bit of a downer.

While not obvious at first glance, the national symbol of Singapore is found on both the case back and strap. On the case back it’s engraved writ large in the centre, while the leather strap is embossed with the emblem just below six o’clock. The red accents are also a nod to Singapore, with the red crown being the most unusual and a first for Panerai. 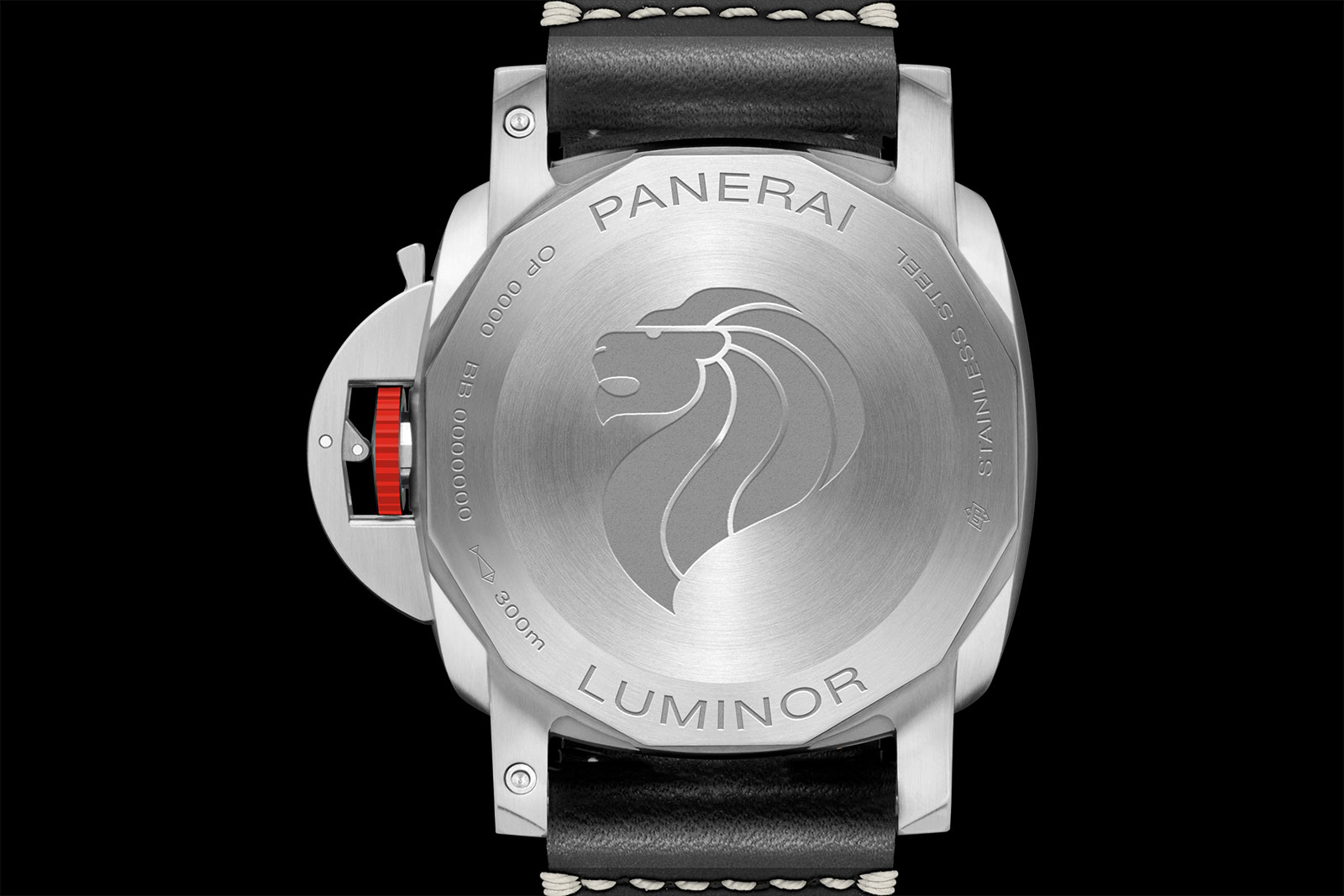 The rest of the watch is pretty much standard Panerai. The sandwich dial, quick-release lug bars, and screw-down case back are all appealing features that put this a step up from the brand’s entry-level Luminor “Logo” watches.

And the P.9010 inside has a three-day run time thanks to double barrels. But it loses the zero-reset seconds function and power reserve indicator found on the P.9011. 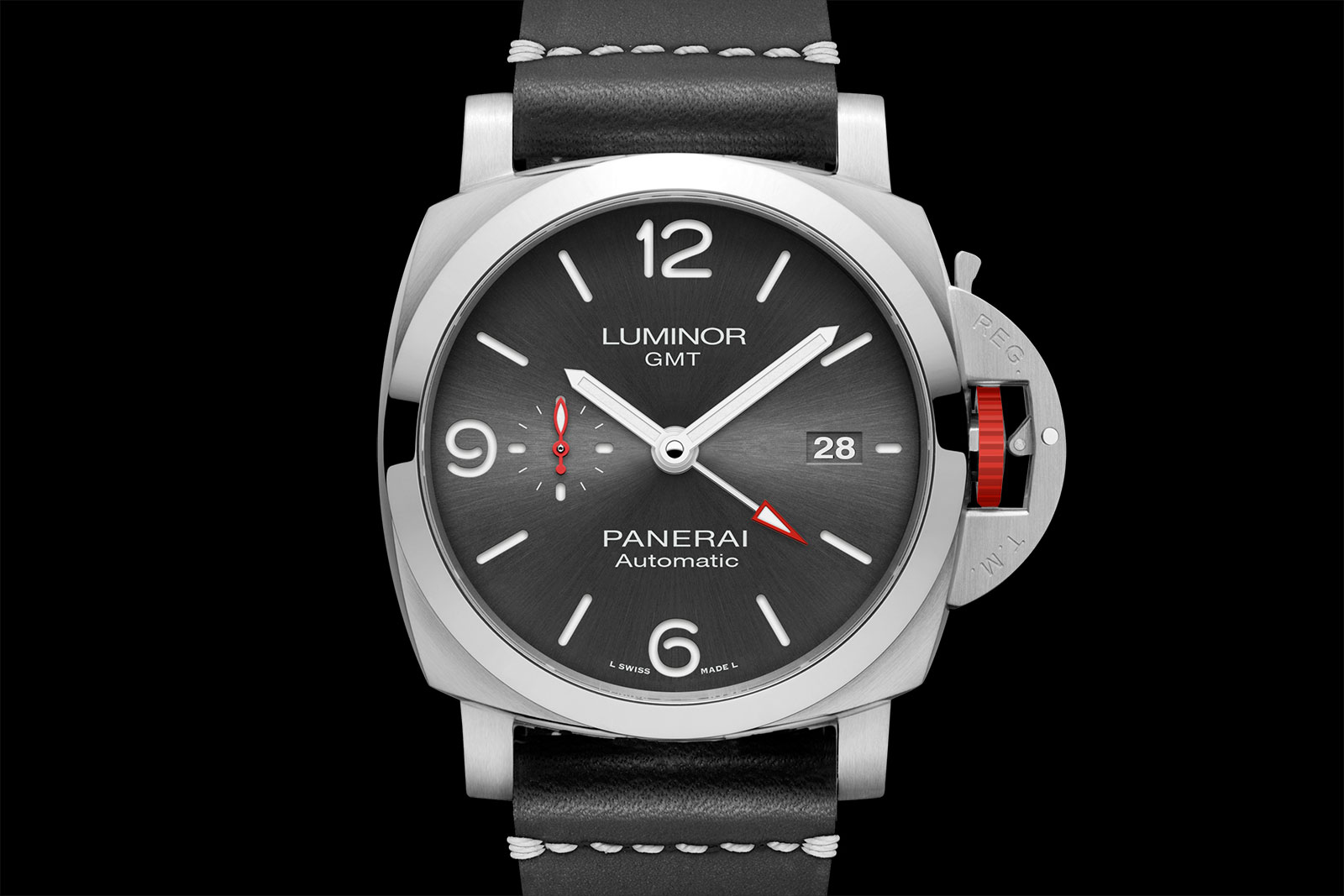 Maritime blue for the military classic.