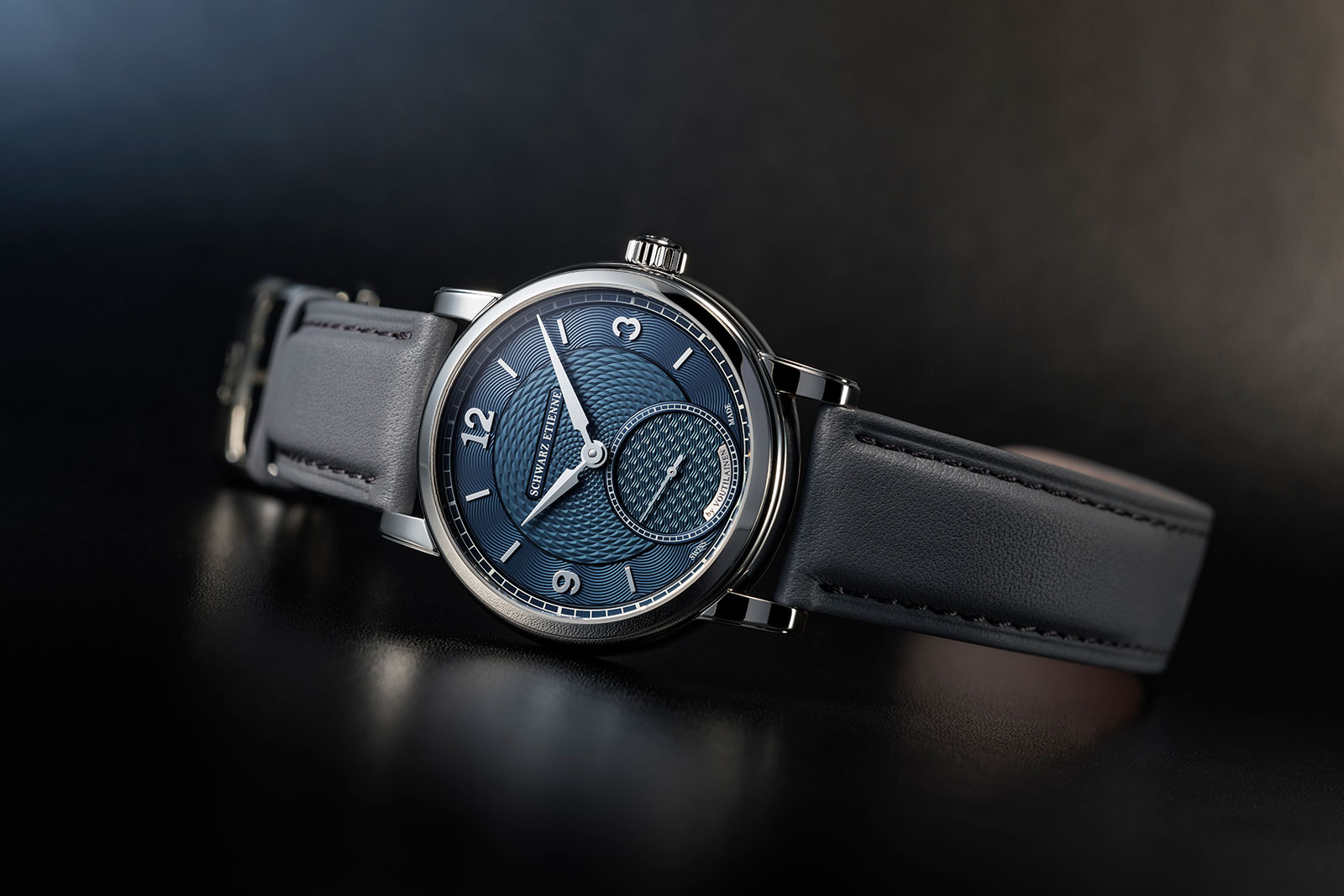 Schwarz Etienne is best known for its interesting, in-house movements that are diverse but built on the same basic platform. The brand’s watches, on the other hand, do not possess the same level of appeal as its movements. With a newly-announced tie up with Voutilainen – the highly-regarded independent watchmaker founded by the eponymous Finn – Schwarz Etienne is attempting to inject a little of the artisanal look and feel that distinguishes Voutilainen’s creations.

The fruit of the collaboration is the Roma Synergy, a time-only automatic wristwatch featuring a guilloche dial made by Voutilainen, which is also responsible for some decorative touches on the movement. 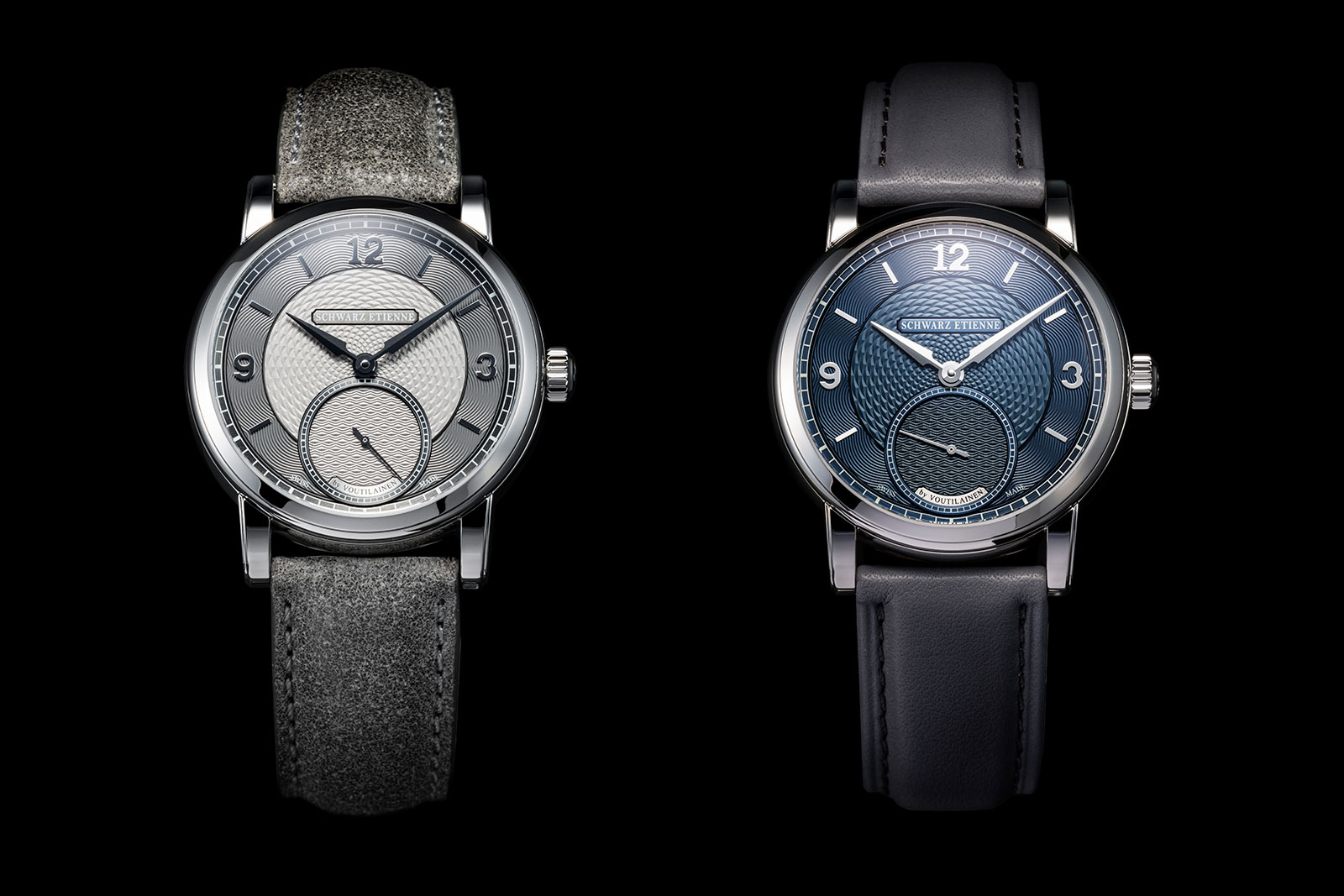 The look of the watch is immediately reminiscent of the Philippe Dufour Simplicity and first-generation Chopard L.U.C (the Chopard was introduced in 1996, while the Simplicity in 2000). It’s a classical, mid-20th century look, so the resemblance is not a bad thing.

But unlike the other two, the dial makes full use of Voutilainen’s engine-turning capabilities. It’s ambitiously decorated with three different guilloche patterns, giving it a slightly frantic look. 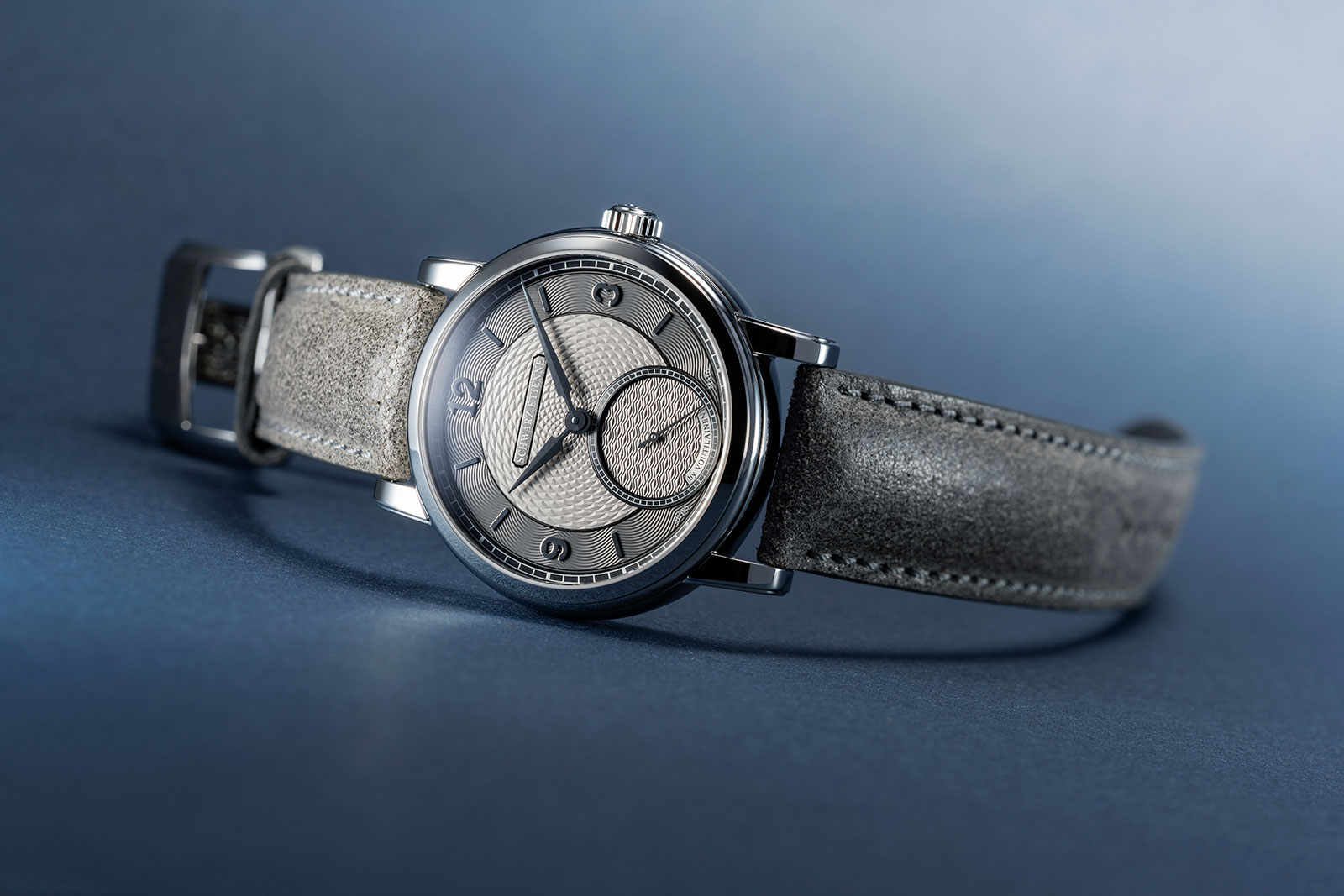 Voutilainen also adds its finesse to the back, most obviously on the barrel ratchet wheel, but the result is a bit of a mismatch. The rest of the movement, which includes an Etachron regulator for the balance, does not live up to the finely-finished ratchet wheel. 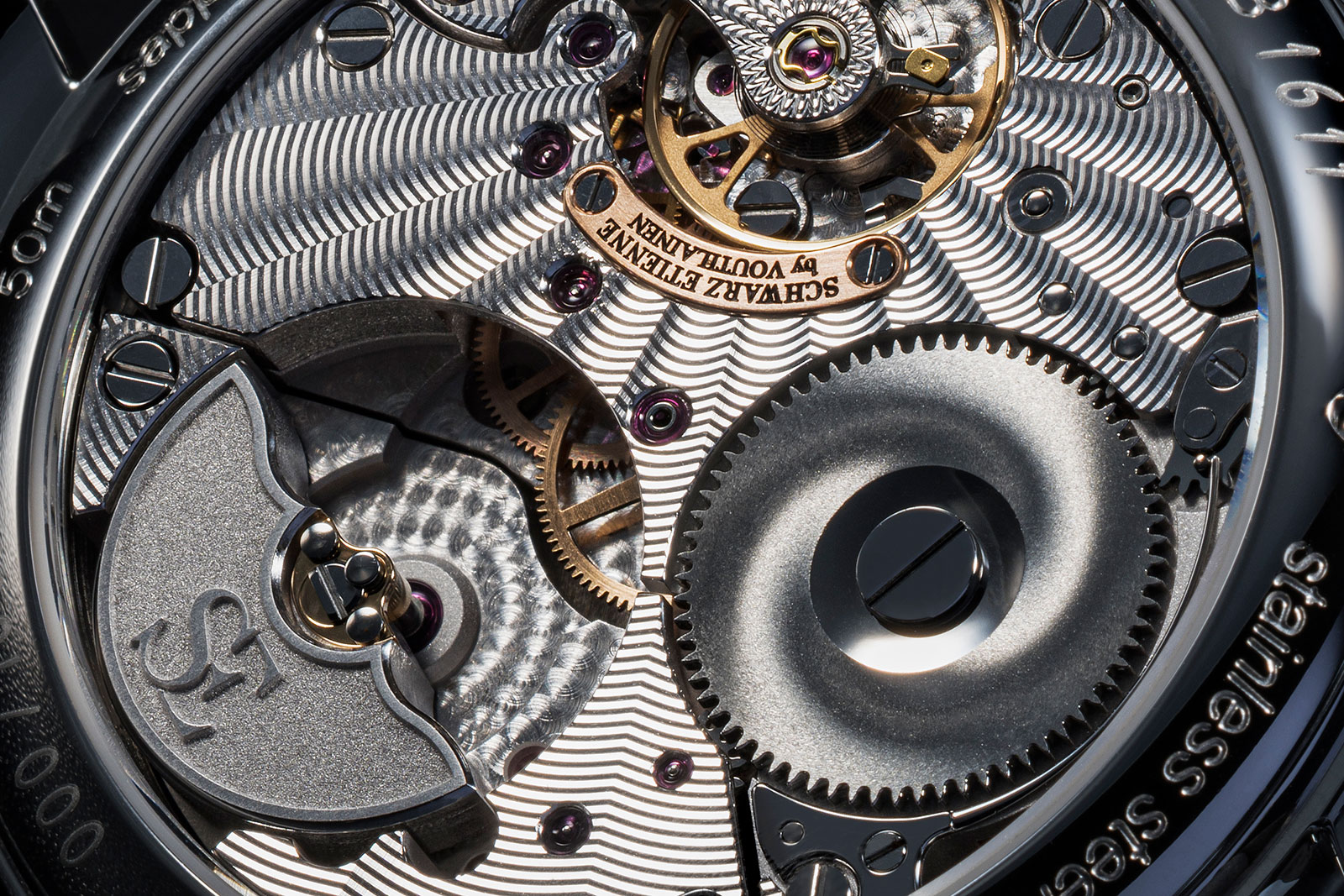 And the Roma Synergy costs just over US$30,000 – three times the standard Roma, which has the same movement minus the decoration. The jump in price is almost impossible to swallow, even with all of the Voutilainen extras. Even though there might be “synergy” between the two brands, the whole is less than the sum of the parts.

Made of silver, the dial is engine turned at Voutilainen’s workshop before being sent to Comblemine, the dial maker owned by Voutilainen, for colour treatment. Two dial colours are available – grey or blue – and each is limited to 50 pieces. 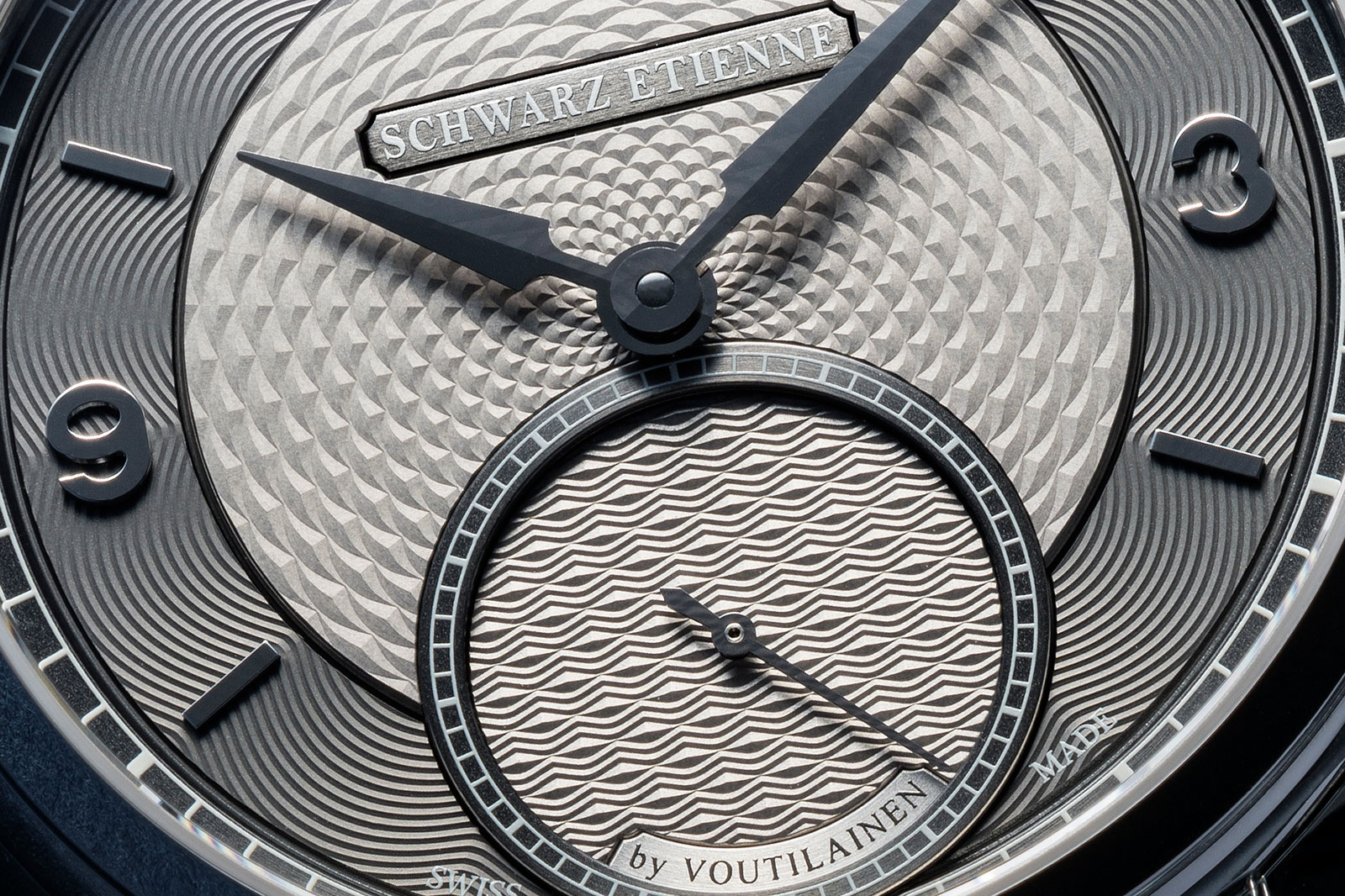 The dial is decorated with guilloché – “Soleil” on the chapter ring, “écaille de poisson” on the centre, and “vague” on the seconds register

The case is a simple affair that’s steel and 39 mm in diameter. The display back reveals the ASE 200.00 movement, an automatic movement produced in-house by Schwarz Etienne. It’s a good-sized movement with a useful 86-hour power reserve, which is about 3.5 days.

Like the dial, the movement has decorative touches applied by Voutilainen. The most obvious being the engine turning on the bridges  that form a radial pattern centred on the balance wheel. 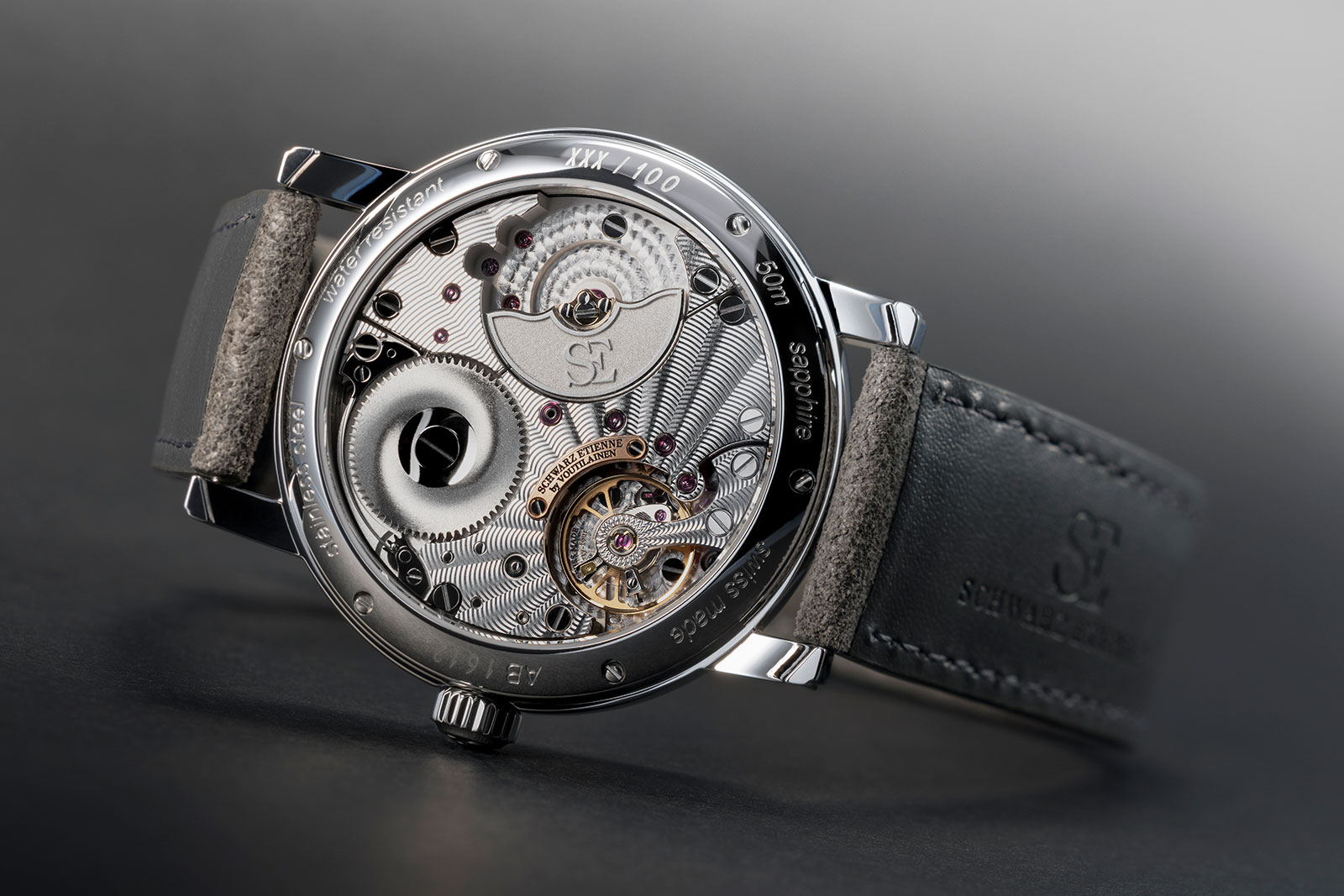 Voutilainen is responsible for the finishing on the frosted micro-rotor as well as the barrel ratchet wheel, which is the most impressive element of the movement. That said, while the surface finish of the ratchet wheel is similar to that found in an actual Voutilainen movement, the bevels on the teeth are not as prominent nor refined.

The rest of the movement is presumably finished by Schwarz Etienne. It includes details like bevelled edges on the bridges and polished countersinks, though the level of decoration is closer to Schwarz Etienne usual finishing rather than Voutilainen’s. 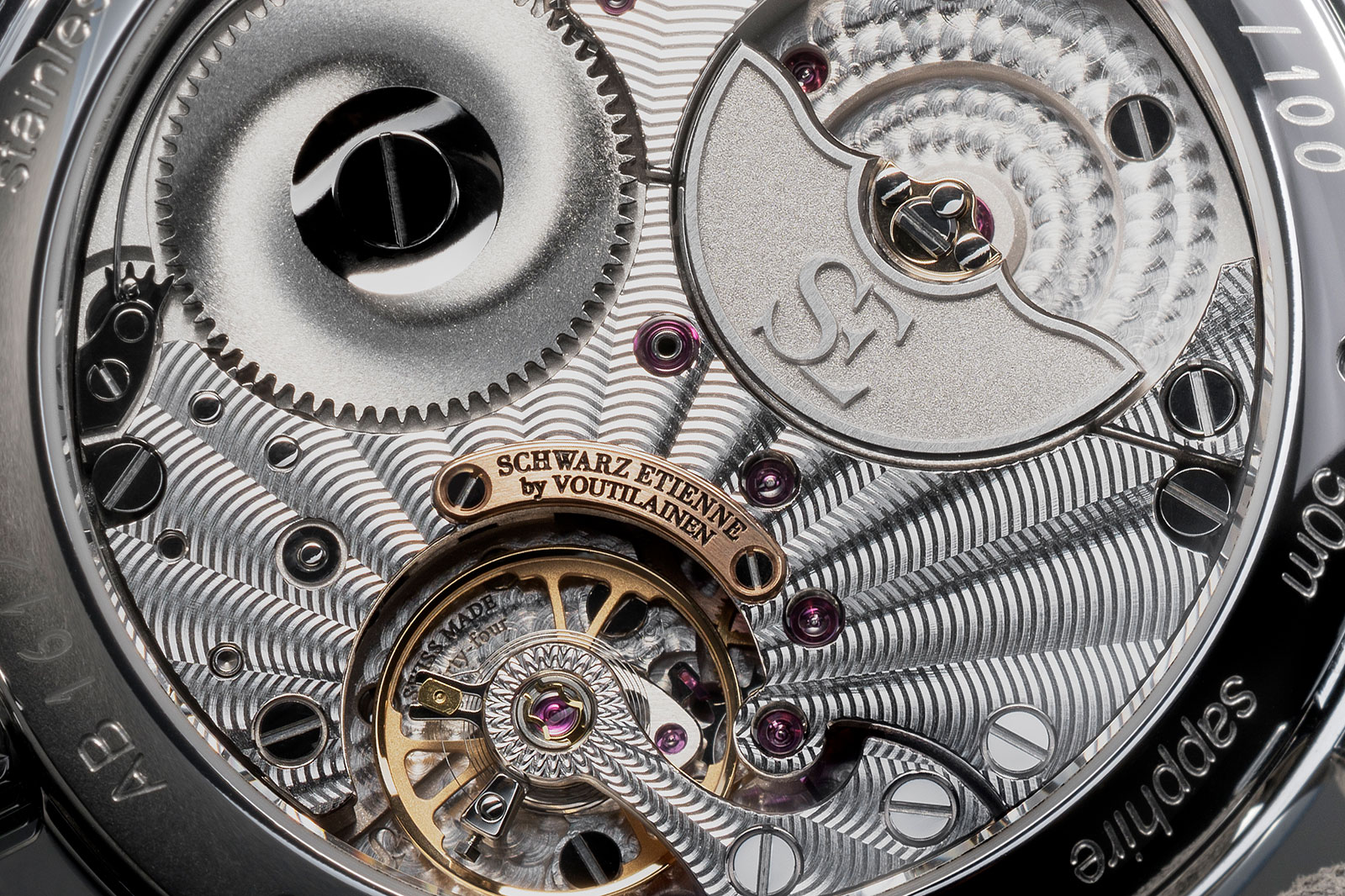