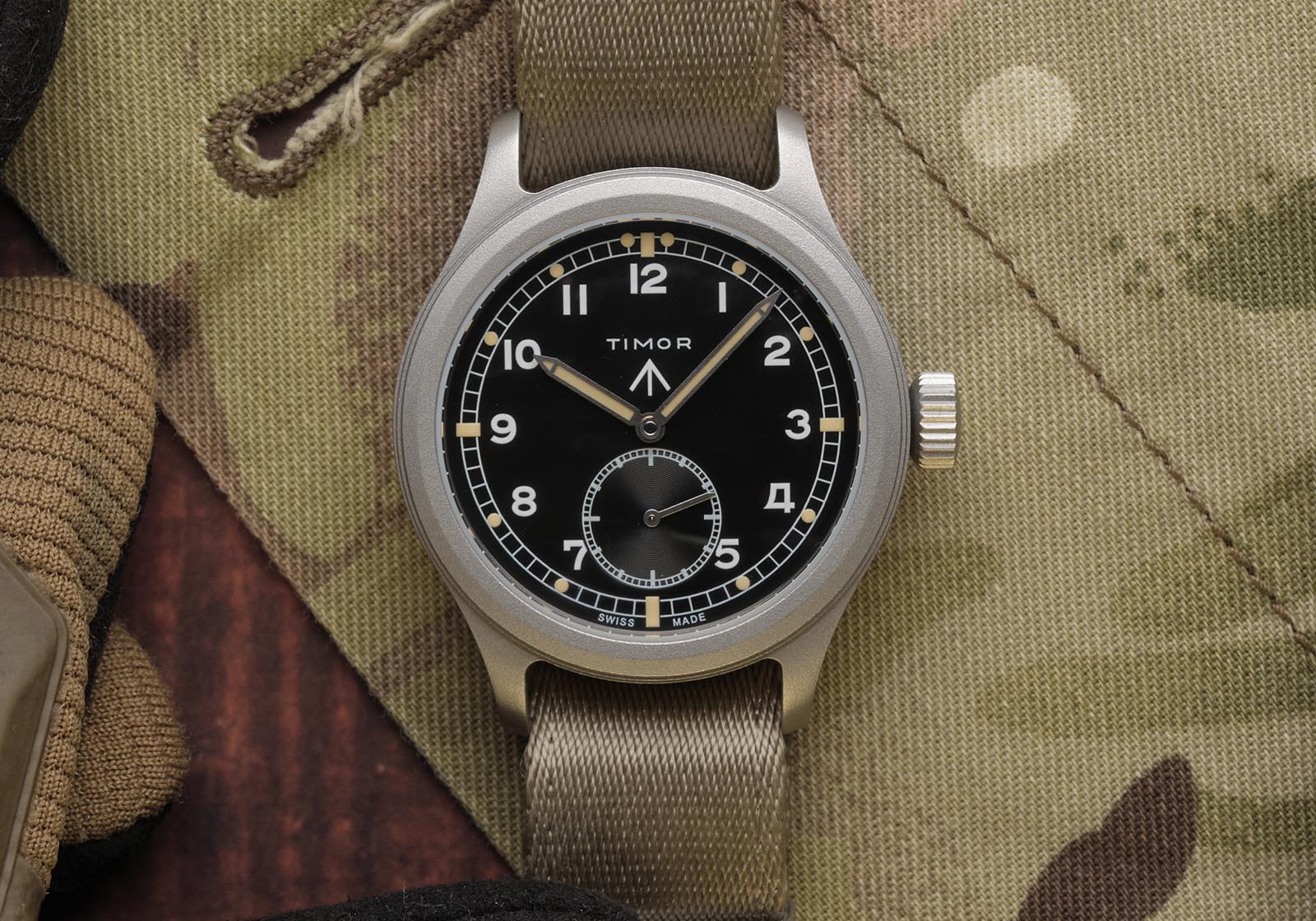 Timor, best known as one of the 12 watch brands that supplied wristwatches to the British Ministry of Defence (MOD) during the Second World War, is making a comeback with the Heritage Field, a faithful remake of its most famous timepiece that’ll be offered on Kickstarter in mid February.

Widely known as WWW, short for “Watches Wristlet Waterproof”, the British army-issue watches were dependable, no-nonsense instruments that have been reproduced by other revived brands, but the Timor remake is probably the closest to the original. 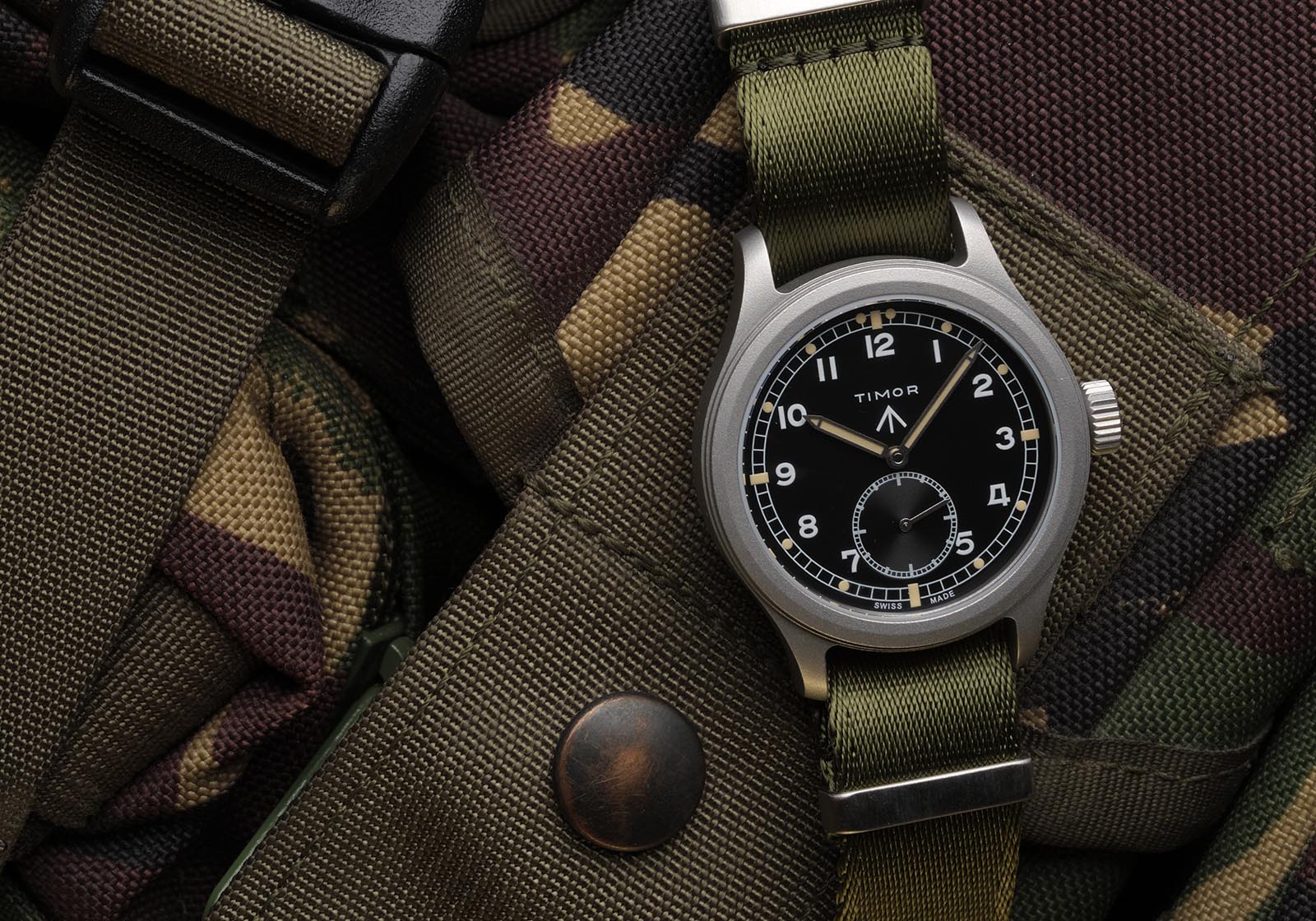 Now being brought back to life by British entrepreneur Benjamin Briggs, Timor was originally a trademark of J. Bernheim & Co. of La Chaux-de-Fonds, which like many other small- and medium-sized watch brands of the time, assembled cases and movements produced by specialist suppliers and sold watches under its own brand name. The Timor WWW, for instance, was equipped with the cal. 6060, an AS 1203 made by A. Schild, once one of Switzerland’s leading movement makers. 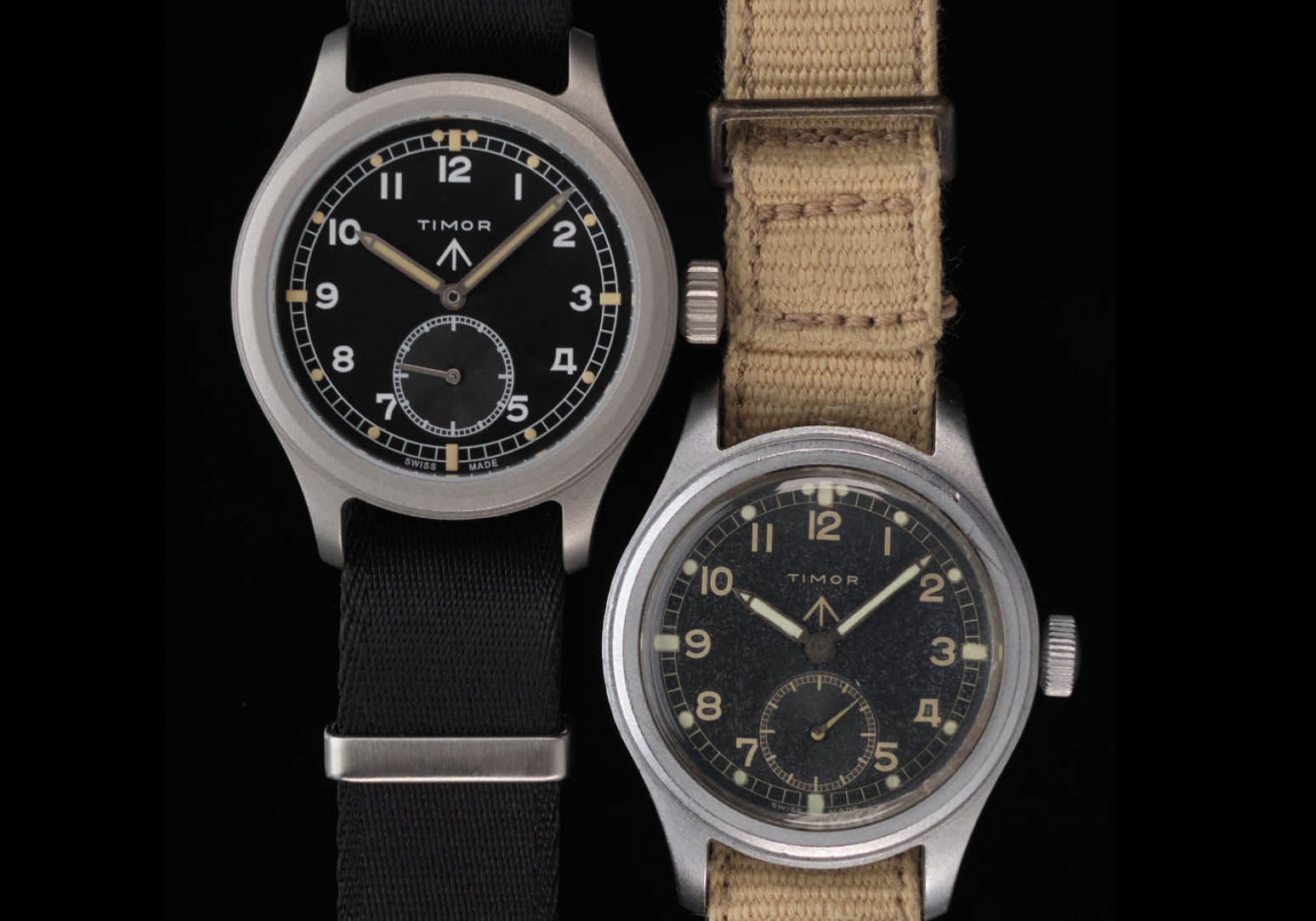 The remake (left) and an original WWW

But like much of the Swiss watch industry, Timor went bust during the Quartz Crisis in the 1970s. Now it has returned, but Timor is not alone.

With the values of vintage WWW watches having risen to a level where remakes are viable – it is hard to sell a reproduction for more than the original – Timor is not the only resurrected brand making a WWW. Timor’s revival follows that of British brand Vertex, another supplier of the WWW, which unveiled its remake – actually a modern take on the original – in 2017.

While the original dozen WWW watches look identical at a glance – they were after all made to the same military specification – they do differ slightly from one another both cosmetically and technically. The case material, for instance, differed between brands: some WWWs, including the like the Jaeger-LeCoultre version, had chrome-plated brass cases, while others, including Timor, had steel cases.

The Heritage Field watch is an aesthetically authentic reproduction, but with a couple of refinements. At 36.5 mm wide, the case is the exact same size as the original, with the same sandblasted finish, but fitted with a slightly wider bezel. And because of the modern movement inside, a sub-dial that sits slightly further from the edge of the dial. 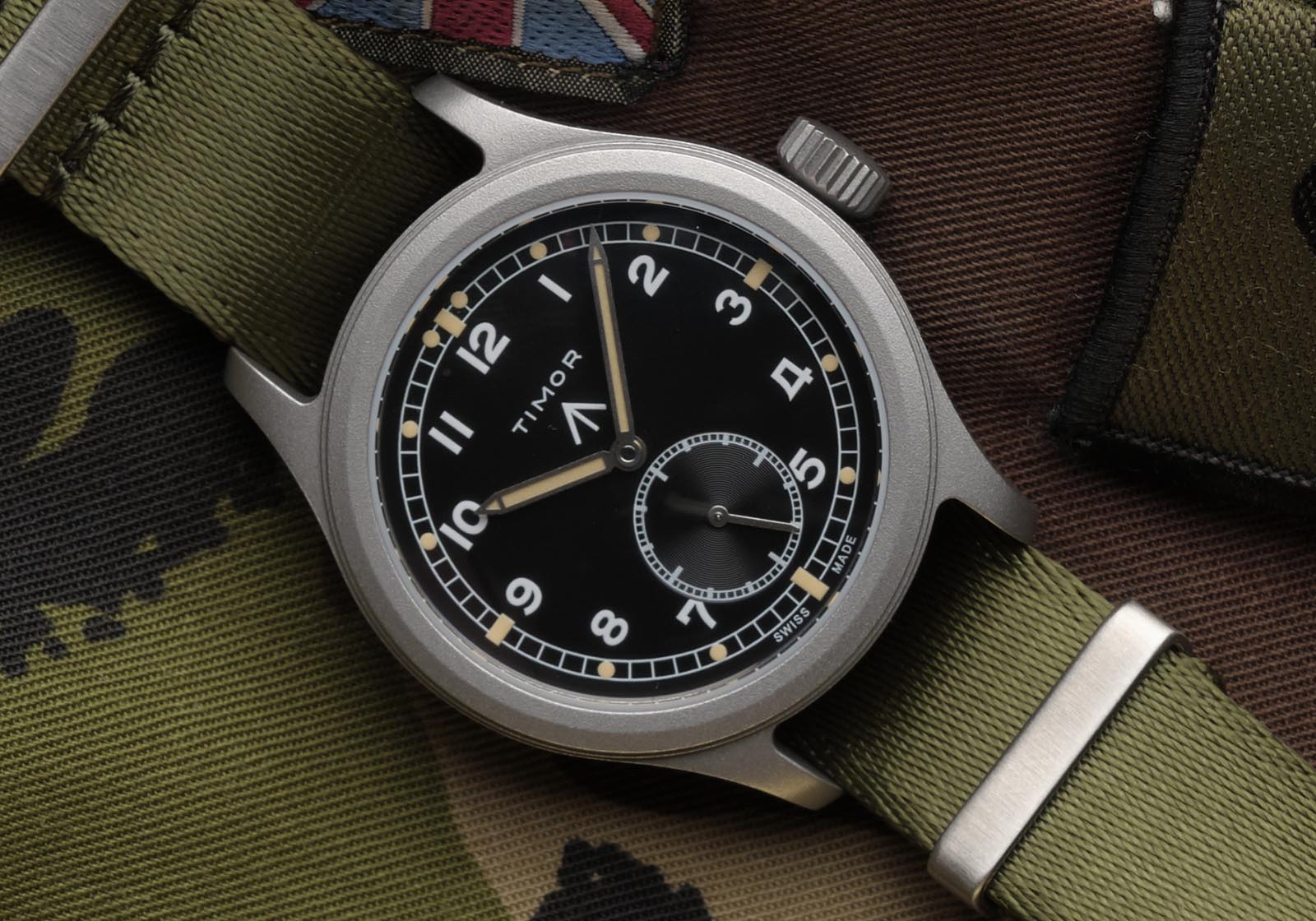 As with the original, the numerals “5” and “7” intersect with the sub-seconds, although the overlap is slightly greater on the remake. The rest of the dial is almost identical to the original, featuring luminous markings for the hours and pencil-shaped hands filled with luminous paint. 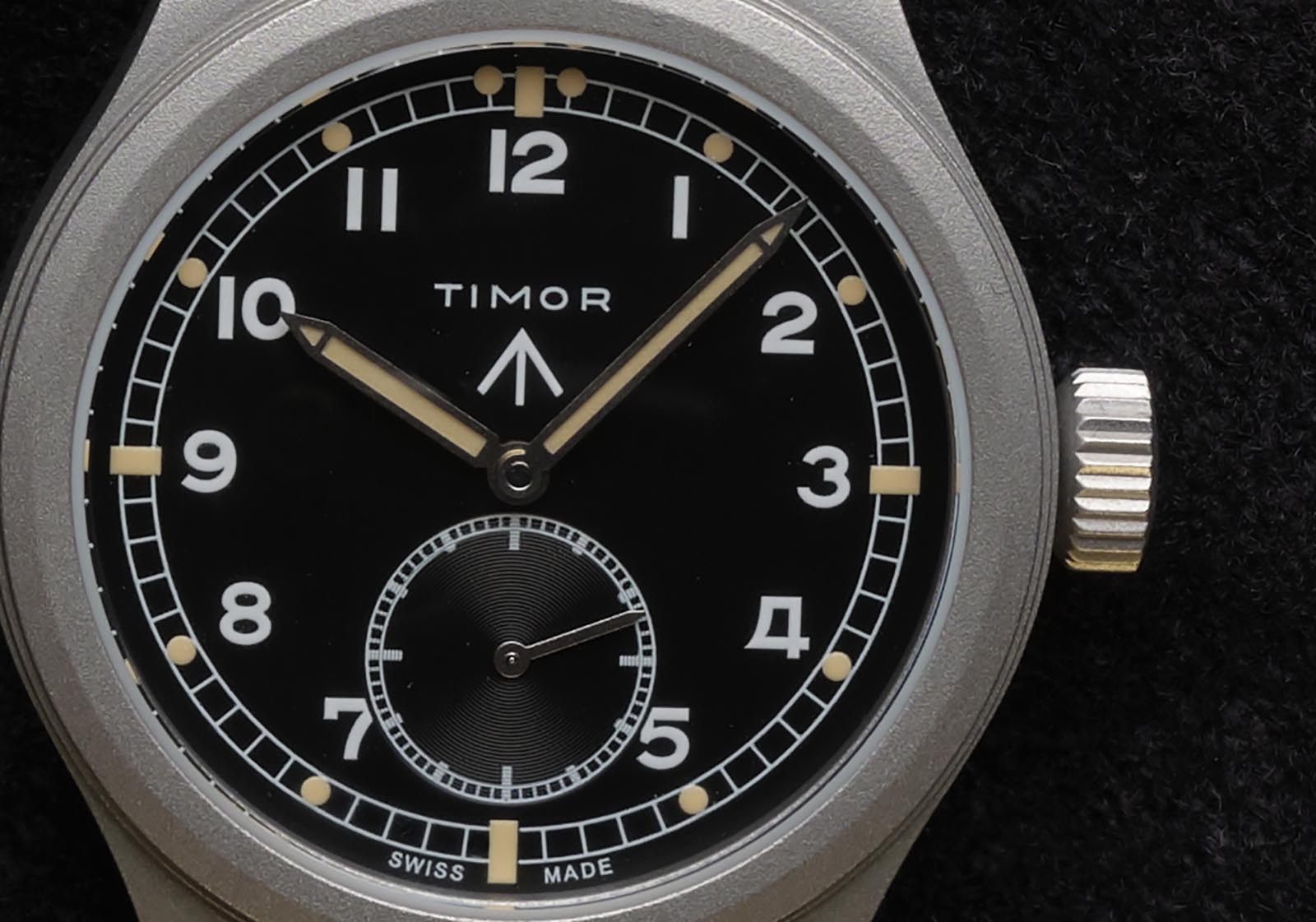 Notably, the remake is offered with two Sellita movement options: either an automatic SW200, or a hand-wound SW216. Both movements have been modified to do away with date display, and the reconfiguration of the seconds to the sub-dial at six o’clock. Being the same as the original, the hand-wound version is naturally more historically accurate, but both versions cost the same. 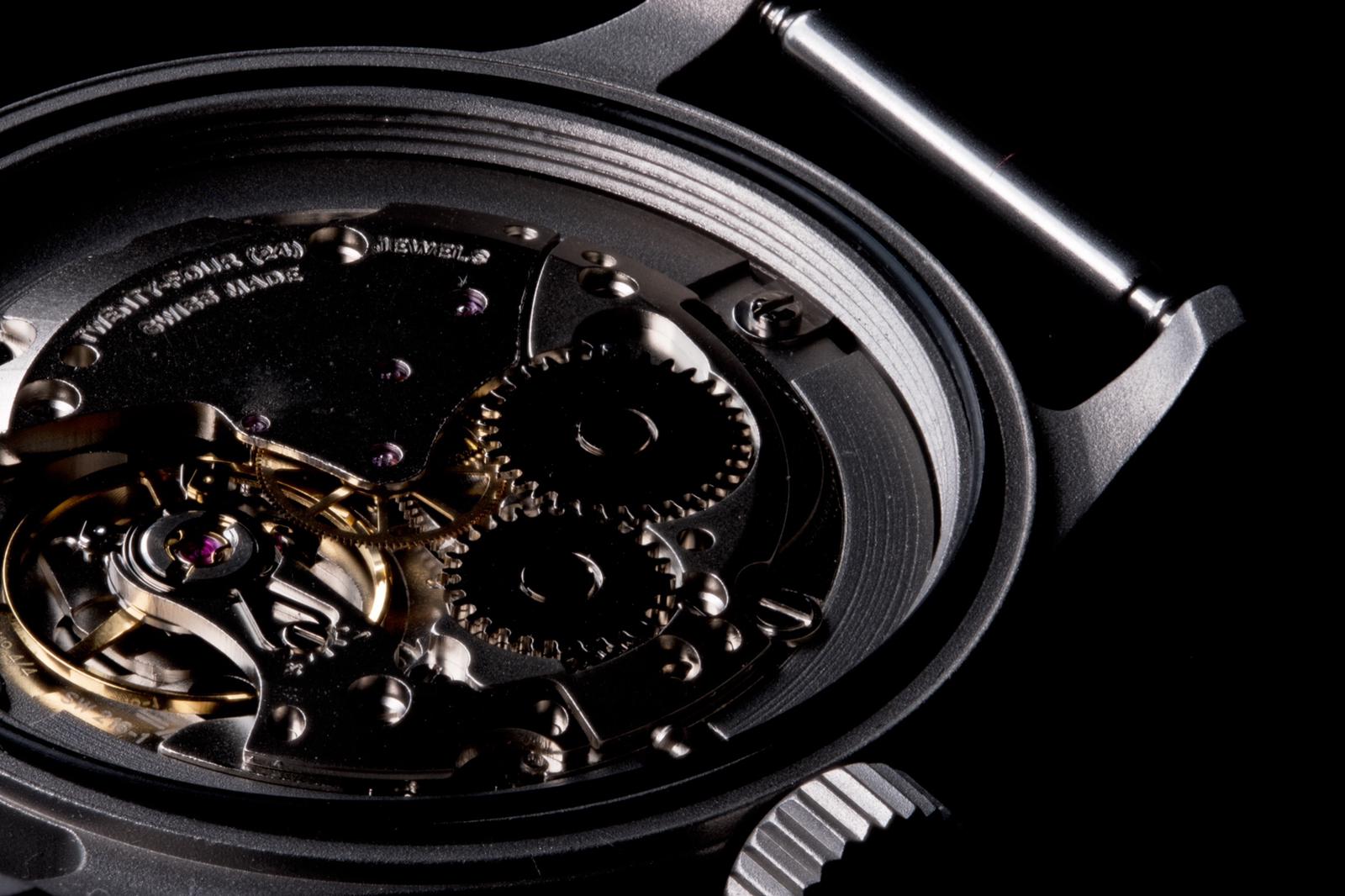 Correction February 5, 2020: WWW is short for “Watches Wristlet Waterproof”, and not “Wrist Watch Waterproof” as in an earlier version of the article.