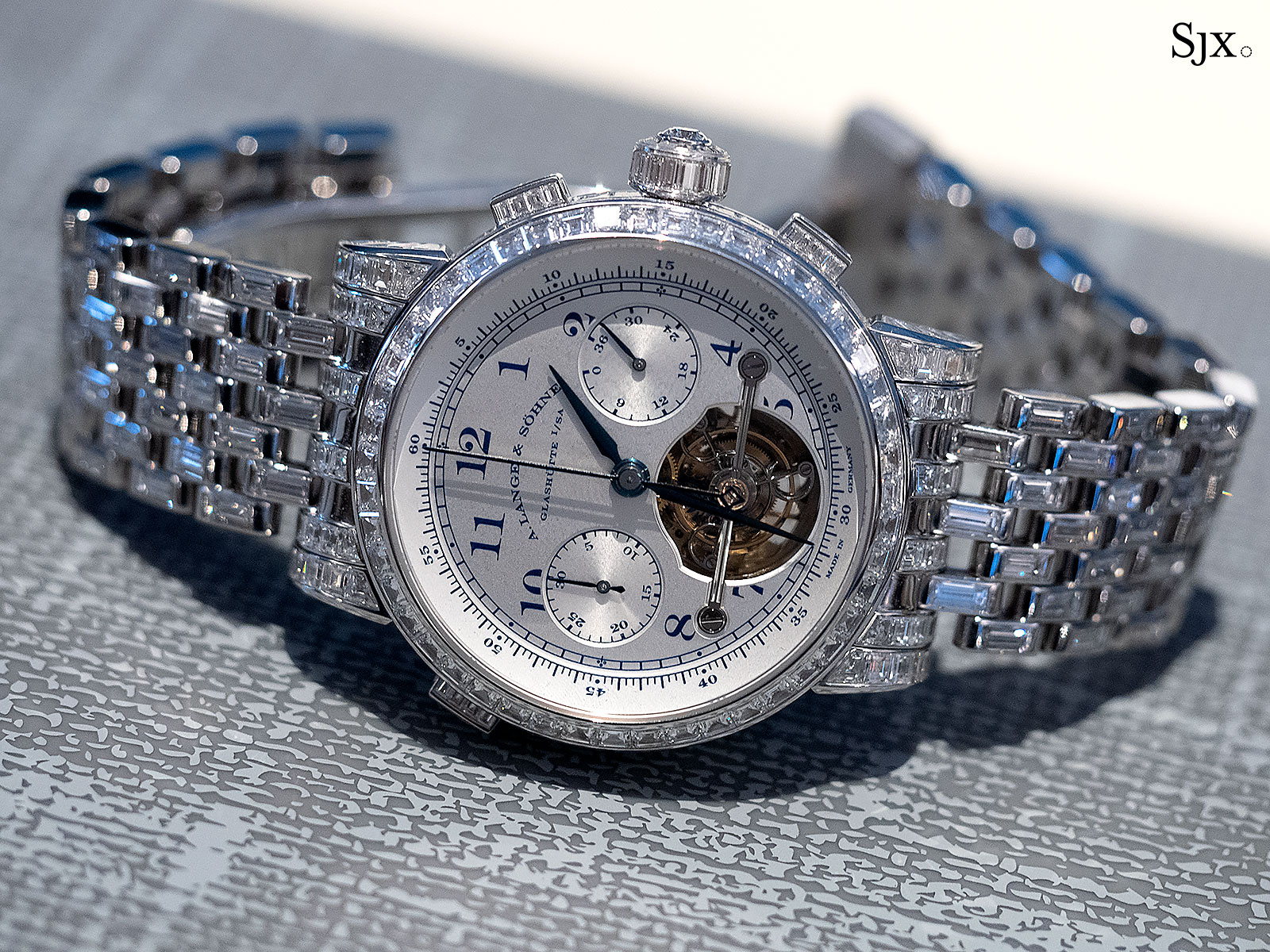 Before the monumental Grand Complication was launched in 2013 – essentially a wristwatch remake of a pocket watch sized like a pocket watch – the most complicated A. Lange & Söhne was the Tourbograph. Launched in 2005, it combined a split-seconds chronograph with a tourbillon regulator as well as a chain and fusee.

A limited edition of 51 watches conceived as a tribute to the Günter Blümlein (1943-2001), revered for having reestablished A. Lange & Söhne after the fall of the Berlin Wall, the Tourbograph was powered by the L903.0 movement, made up of 465 parts, excluding the tiny chain. Cased in platinum, it was the original Lange uber-complication; a later edition of 50 pieces had a honey gold case, followed by an even more complex version with a perpetual calendar. But Lange went one better and made a singular example of the ultimate Tourbograph, which was the most expensive Lange at the time.

This Tourbograph was a unique piece set with 202 diamonds on the case – including one brilliant-cut diamond on the crown – and 175 on the bracelet, for a total of 377 diamonds weighing 40.6 carats. Diamonds aside, it is also unique as the only Tourbograph known that’s fitted to a matching platinum bracelet. 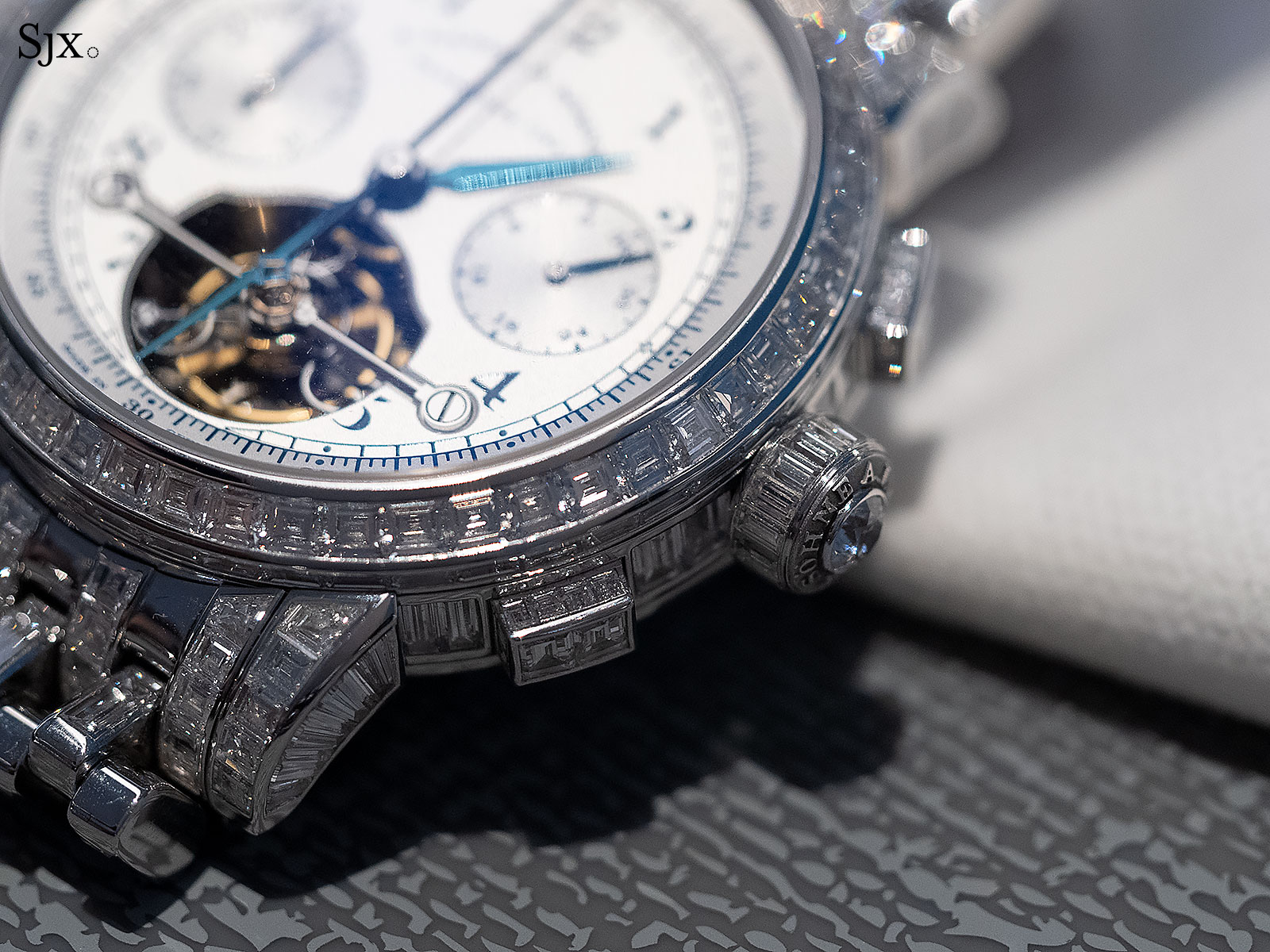 Unveiled in 2009, it was made for Dubail, destined for its flagship store – which opened just the year before – on the Place Vendome, the posh square in Paris that is home to the Hotel Ritz and grand French jewellers like Cartier and Boucheron.

The Paris retailer has long had a good relationship with the German watchmaker. In fact, the Lange boutique in Paris – opened in 2013 as the brand’s second boutique in Europe – is owned and operated by Dubail. 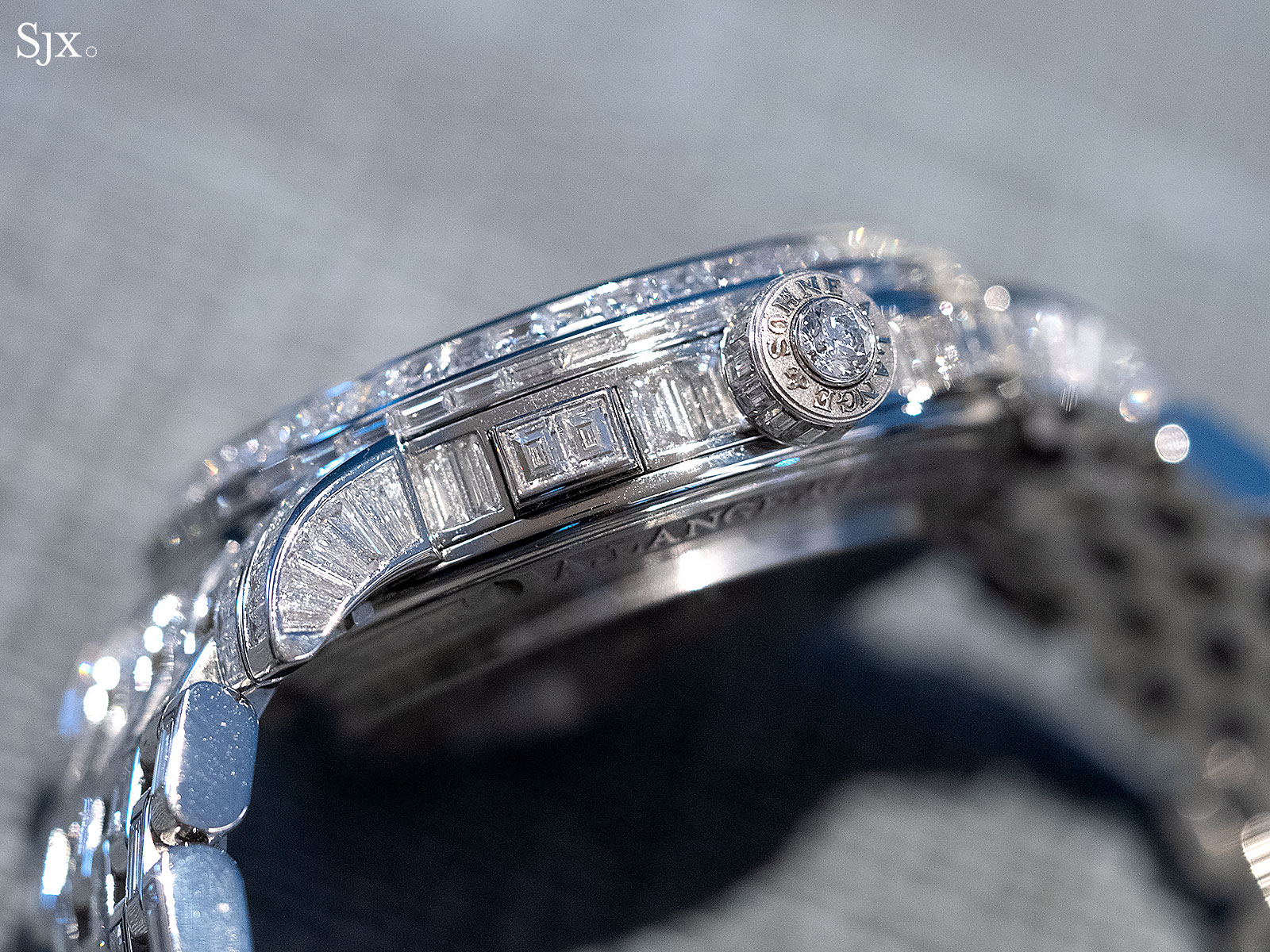 The crown is topped with a brilliant-cut diamond cabochon

Priced at €1.2 million, or about US$1.7 million at the time, the unique Tourbograph was eventually sold and disappeared into one of the world’s most important Lange collections. But it emerged recently for a moment when the owner was in Singapore. 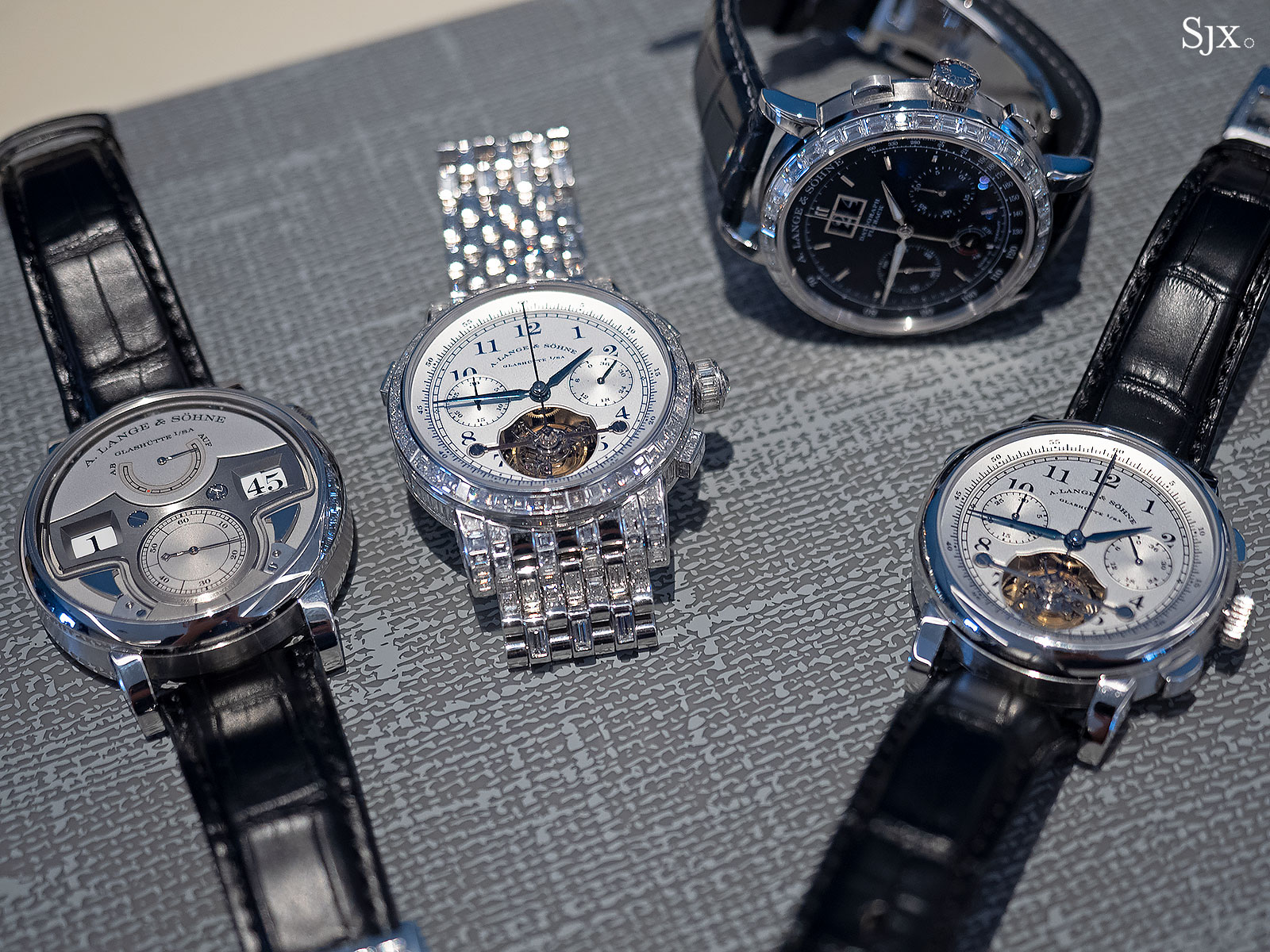 In the metal the watch is big, heavy and sparkly, but also boasts a subtle detail that Lange fans would appreciate – the markings and numerals on the dial are dark blue, in the same colour as the blued steel hands. This feature is unique, as the standard version of the Tourbograph has plainer, black markings and numerals. Next to the standard Tourbograph with black numerals

After its brief excursion outside, the gem-set Tourbograph returned home, where it will remain for a long time to come.