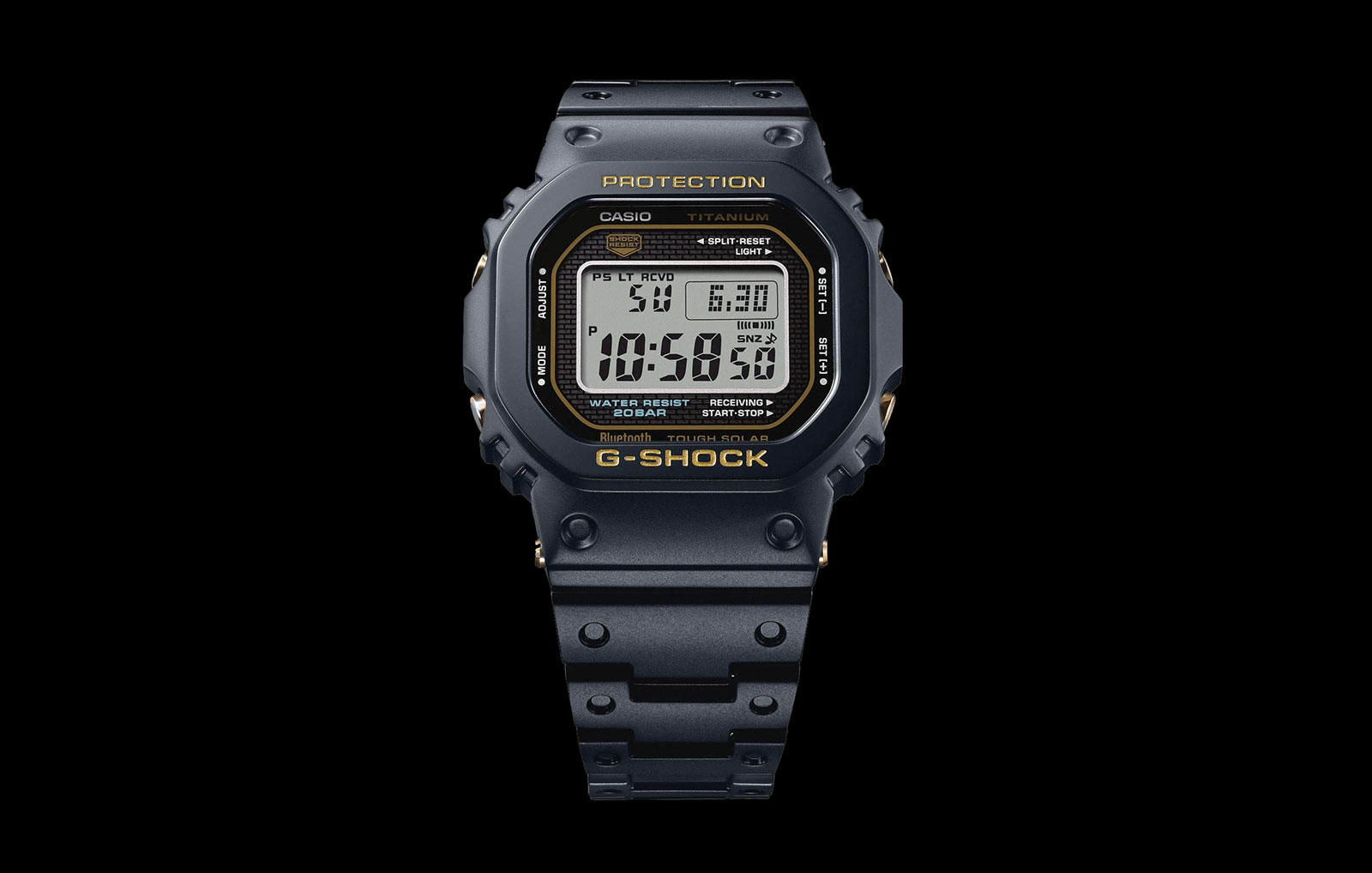 A year after Casio debuted the G-Shock “Full Metal” in stainless steel with a matching bracelet – and the whopper in solid 18k yellow gold – it has announced the G-Shock 5000 Series in titanium. The new launch is not a limited edition per se, but will only be produced for a limited time.

Like last year’s “Full Metal” edition, the G-Shock GMW-B5000TB takes its cues from the original G-Shock DW5000 of 1983, but in matte black titanium with gold accents. But more intriguingly, the titanium case and bracelet are coated with diamond-like carbon (DLC) that has a granular finish meant to mimic the look of the rubber case of the standard G-Shock. 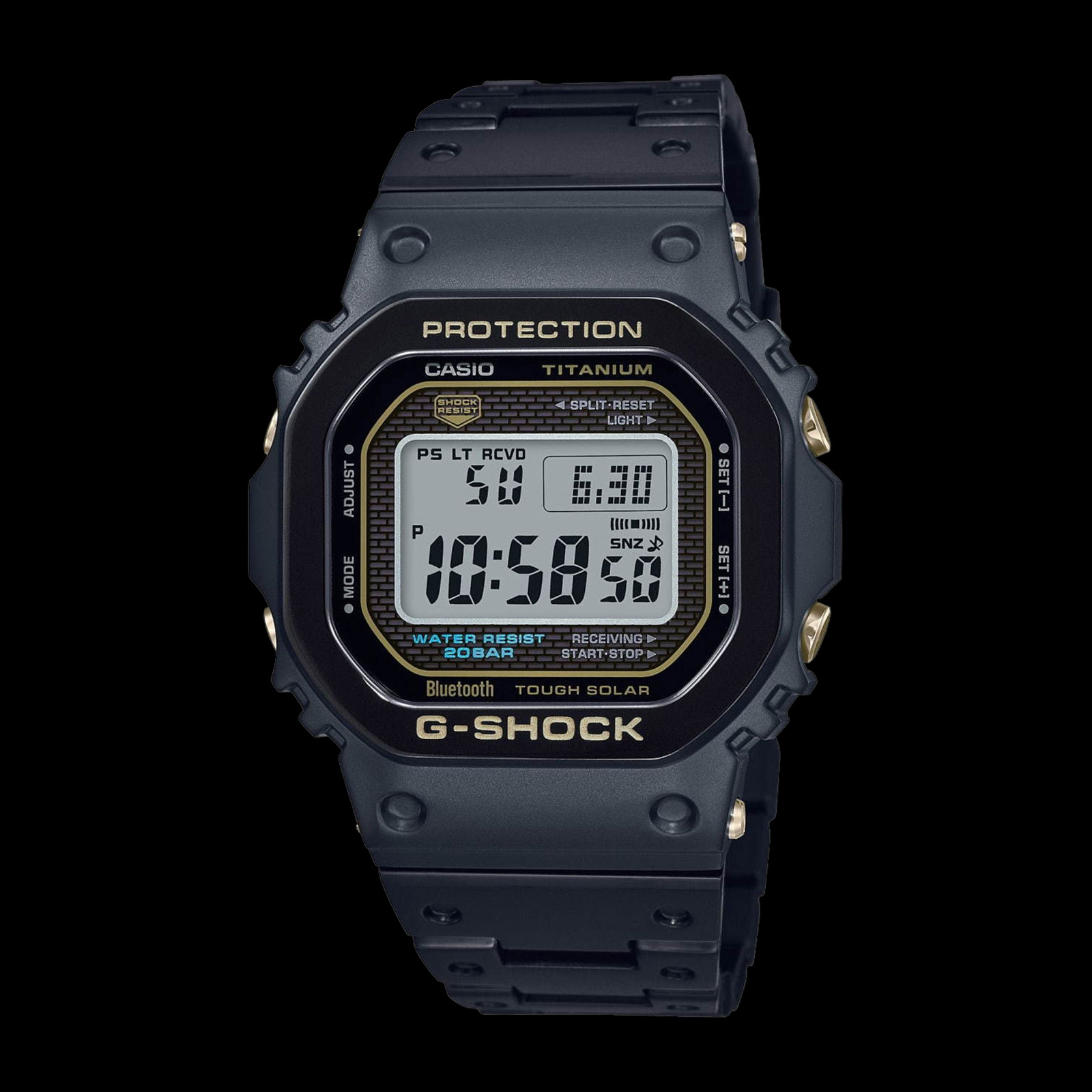 The use of titanium means the new G-Shock is significantly lighter than the steel equivalent, weighing just 110g – a third less than the G-Shock “Full Metal”.

And the G-Shock in titanium has a sapphire crystal with an anti-reflective coating, an upgrade over the mineral glass found on the steel version.

Function-wise the G-Shock titanium edition is identical to the steel model. It’s solar-powered and incorporates a world time, stopwatch and alarm, as well as Bluetooth connectivity to a smartphone with the G-Shock app.

An additional all-titanium G-Shock with a laser-engraved camouflage motif, the model GMW-B5000TCM-1, has been leaked online, but not yet announced officially. It will likely be launched later in the year. 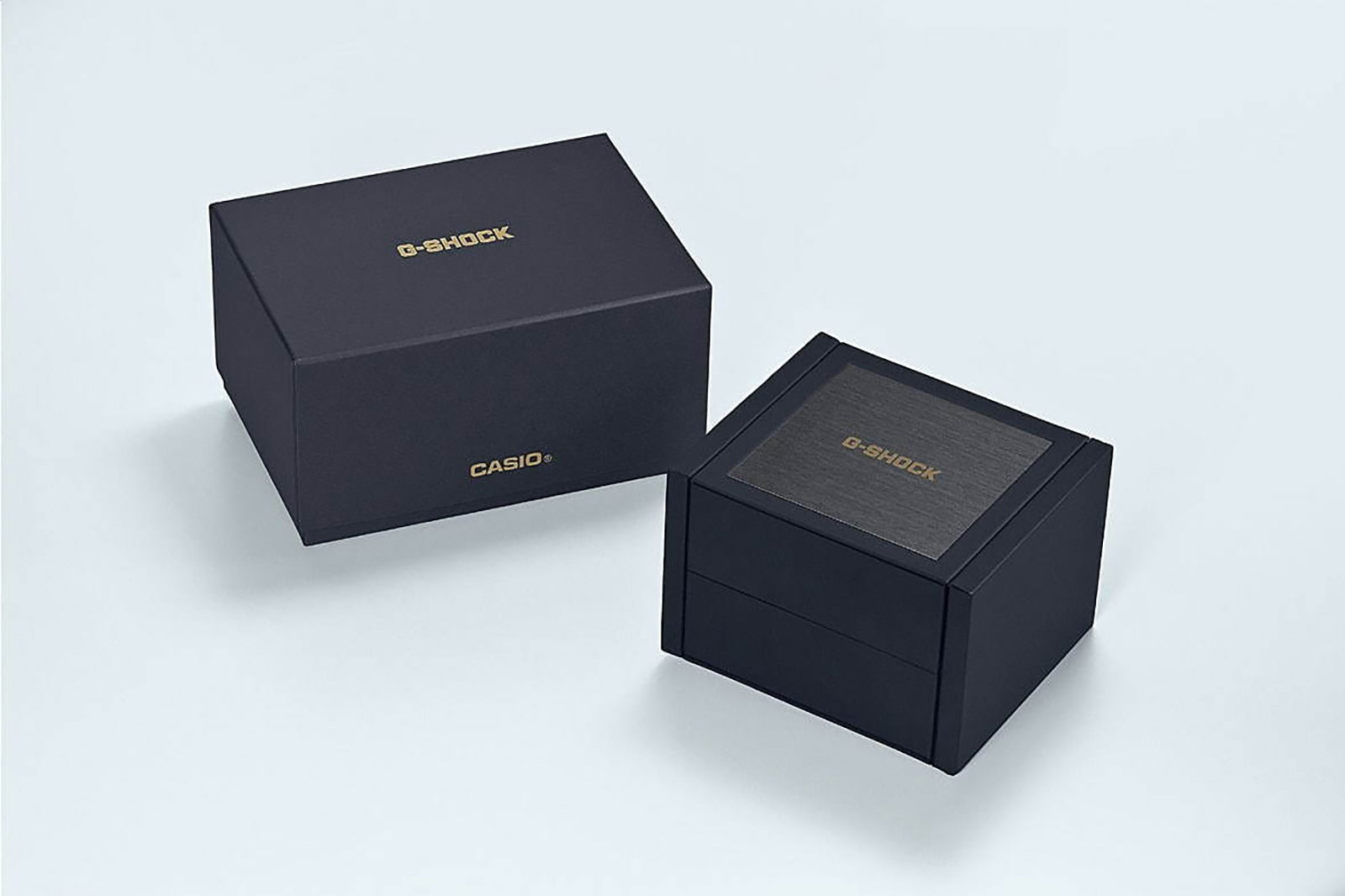 The Fenix Chronos is a sports and outdoors smartwatch dressed like a conventional timepiece, in steel or titanium.