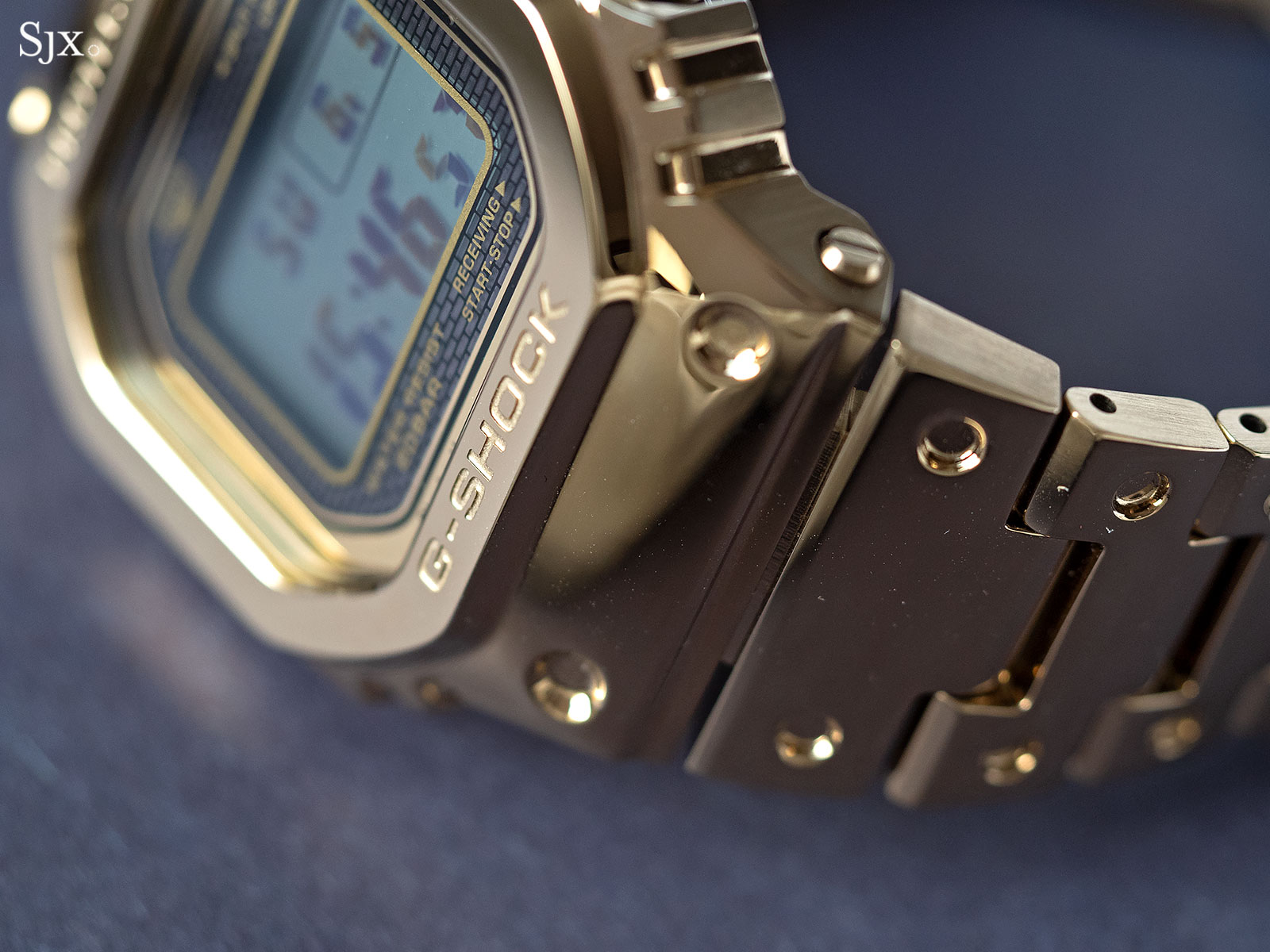 The very first G-Shock introduced in 1983 was the beginning of a stellar run that hit 100m last year, making the humble rubber-clad watch the bestselling watch in history. But the G-Shock has also become a design icon. Despite its uncountable variations, a G-Shock, any G-Shock, is instantly recognisable.

The one that started it all, the DW-5000, is the sleekest of them all, as no-nonsense as it gets. The familiar oblong case is actually a faint octagon, with buttons integrated into four sides.

So when Casio marked the 35th Anniversary of the G-Shock this year, it rightly decided to remake the original design, except entirely in steel. The “Full Metal” anniversary watches numbered two: an all-steel, regular production model, and a gold ion-plated (IP) steel limited edition. Right off the bat the G-Shock Full Metal was a hot seller, with queues forming out stores before the official launch, and swift availability online at big markups to retail. With its streetwear cred, the G-Shock Full Metal is almost the wristwatch equivalent of any clothing or luggage blessed by Supreme, the skateboarding brand that is perhaps the hottest brand in the world right now.

The G-Shock Full Metal is surely a hot watch, but is it any good?

The answer is an easy yes.

Much but not too much

As an object the watch is notably well made for something that costs only $600 (the G-Shock Hammer Tone is better but it costs ten times as much).

The Full Metal is solidly built – tipping the scales at 167g – and properly finished, with lots of well executed details. Take for instance the large screws that hold the bracelet to the case, which are industrial yet appealing, with a brushed top, bevelled edge and machining marks visible in the slot. The bracelet has a double-button release clasp that’s equally solid and neatly finished. It’s worth pointing out that the stainless steel version has a slightly more refined finish, with a vertically brushed bezel that contrasts with the mirror-finish case (and is also reminiscent of the Patek Philippe Nautilus).

The gold-plating is not bright yellow gold, instead it has a slightly darker shade that gives it a slightly vintage feel, which blends perfectly with the design. The plating also appears robust, with minimal scratches despite the mirror finish, after about three weeks of wear. The muted tone of the gold-plating also means the watch doesn’t look excessive. It helps that the size is pretty much the same as the 1983 original, only marginally larger at 43.2mm wide and 49.3mm. In all likelihood the increase in size is to accommodate the rubber bumper that protects the electronic module and sits under the steel shell. Like most G-Shocks the watch does sit slightly long on the vertical axis, due to the case construction that has the strap jut out at an angle from the case. This is done to protect the case back from shock if the watch is dropped flat on its back, since the strap will suffer most of the impact.

Functionally the watch has all the bells and whistles modern G-Shocks have. To start with the movement is solar-powered, and will run for 22 months on a full charge. It includes Bluetooth connectivity, being able to pair with a smartphone that has the G-Shock app.

This means the watch  is set automatically in sync with the smartphone’s time, while functions like the world time and alarms can be set from the phone. Another useful function is the phone location: a button on the case can activate a signal on the phone if it’s within 2m of the watch. And in the USA, Japan, China and Germany, the watch sets automatically via radio waves.

The fact that the movement and functionality is identical to other G-Shock models also means this has the same shortcomings, including relatively small buttons, and a somewhat fiddly system of setting and adjusting (though the smartphone app makes it much easier). Consequently, the various functions are accessed via the watch.

The fact that the Full Metal is easily recognisable as the archetypal G-Shock shape, yet different from any other G-Shock known, means it’s a watch often commented upon. And the casual observer often sees it as a blend of a G-Shock and the dinky gold tone Casio digital watches that are now trendy in some quarters.

In short, the Full Metal looks good in itself, but also brings with it connotations of retro-cool, which makes it a clever design. It packages all the right vibes and feelings into a good quality package. A limited run of unspecified numbers, the G-Shock 35th Anniversary Full Metal Gold IP (ref. GMW-B5000TFG-9) is priced at US$600.