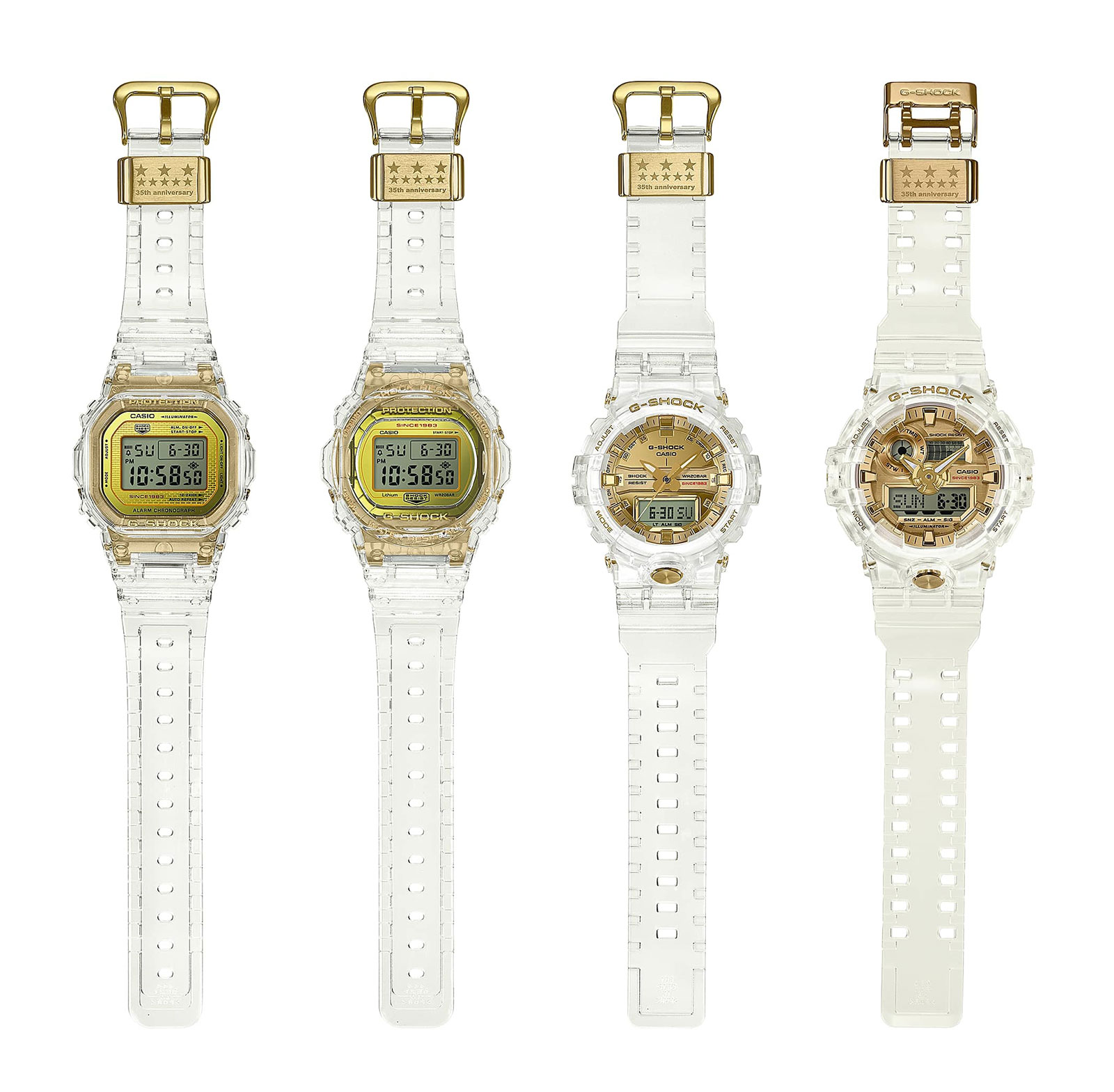 Casio has been rolling out commemorative editions over the course of the year, to mark the 35th anniversary of the G-Shock. The best known is of course the G-Shock ‘Full Metal’, a remake of the original 1983 model. Now that’s been joined by the G-Shock Glacier Gold, a quartet of translucent “jelly” models with bright gold accents that are variations of popular models in the current catalogue.

All four watches have gold-plated dials, screws, backs and buckles, along with matching translucent straps, as well as case back bearing the anniversary logo.

Both of these have the same movement and are functionally identical, with functions including stopwatch, countdown timer and alarm. And they also have screw-down case backs, instead of a back secured by four screws. The next pair is based on more recent designs. The GA-735E is oversized and 53.4mm in diameter, and based on the GA-710. It has both an analogue and digital display, along with the most electronic functions of the range, including a 31-time zone world time and 1/10th of a second countdown timer.

The smaller GA-835E is 48.6mm in diameter, with slightly fewer functions than its oversized cousin. It’s a variant of the GA-810. The Glacier Gold series is already available in stores. In Japan all four share the same retail price of ¥24,300 including local taxes.