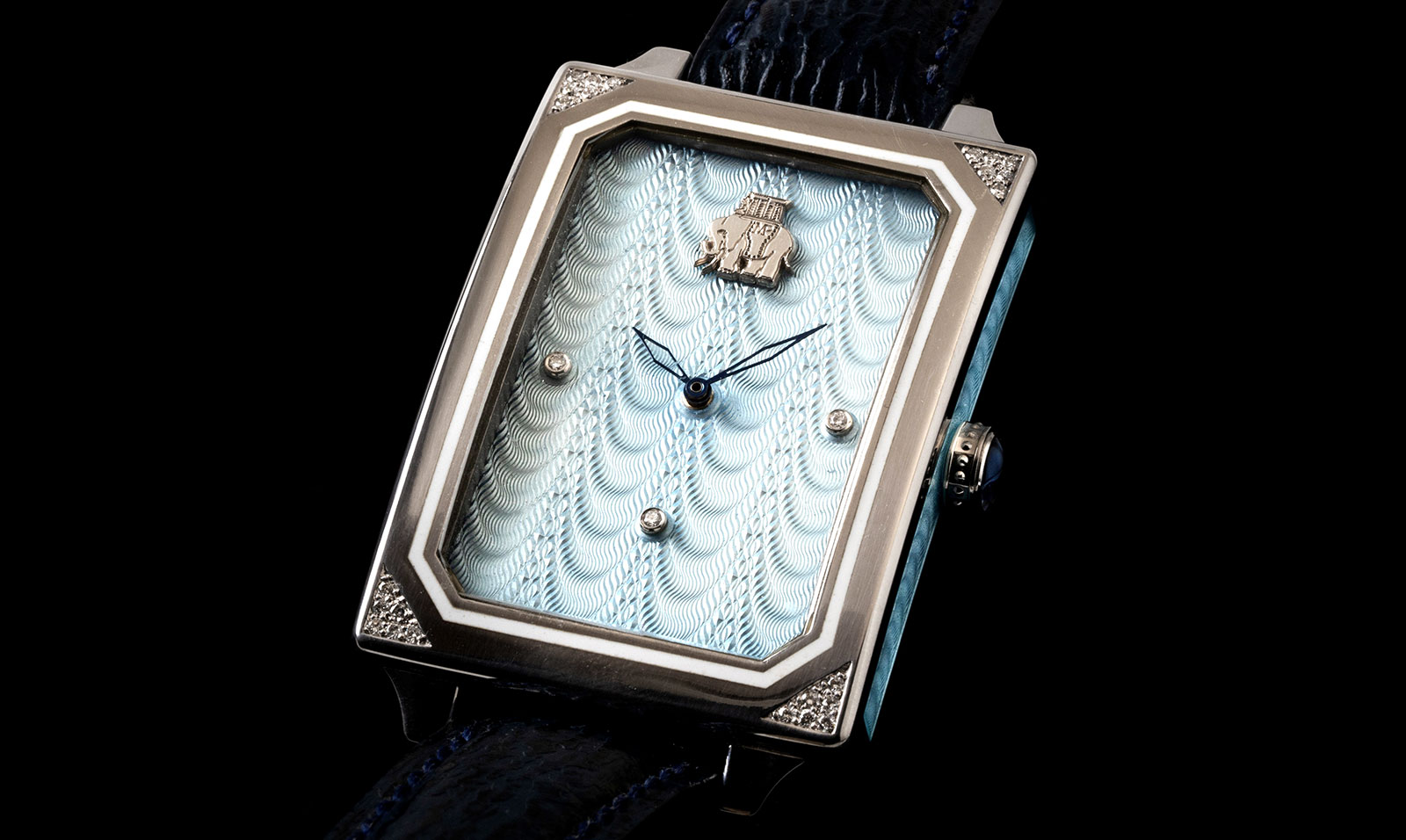 Best known as a maker of ultra high-end fountain pens, Michel Perchin is named after one of the workshop directors of Faberge, the legendary jeweller of Imperial Russia famed for the lavish annual Easter Eggs produced for the Tsar. Amongst Faberge’s signature creations were incredible enamelled objects of all sorts finished in brilliantly coloured translucent enamel.

The modern day Michel Perchin pens were decorated in the same style, and though the pen business is now defunct, the founder of the brand, Patrick Pinkston, has revived the name to produce a watch similarly decorated in fired enamel.

Produced mostly in England but powered by a Swiss movement, the Michel Perchin watch is large, rectangular and decorated with vitreous enamel and diamonds – an aesthetic that’s not for everyone but impressively crafted, albeit at a steep price. The highlight is the “drapery” motif on the dial, that consists of a drapery guilloche engraved by a traditional, hand-operated rose engine, which is then covered in pale blue enamel. 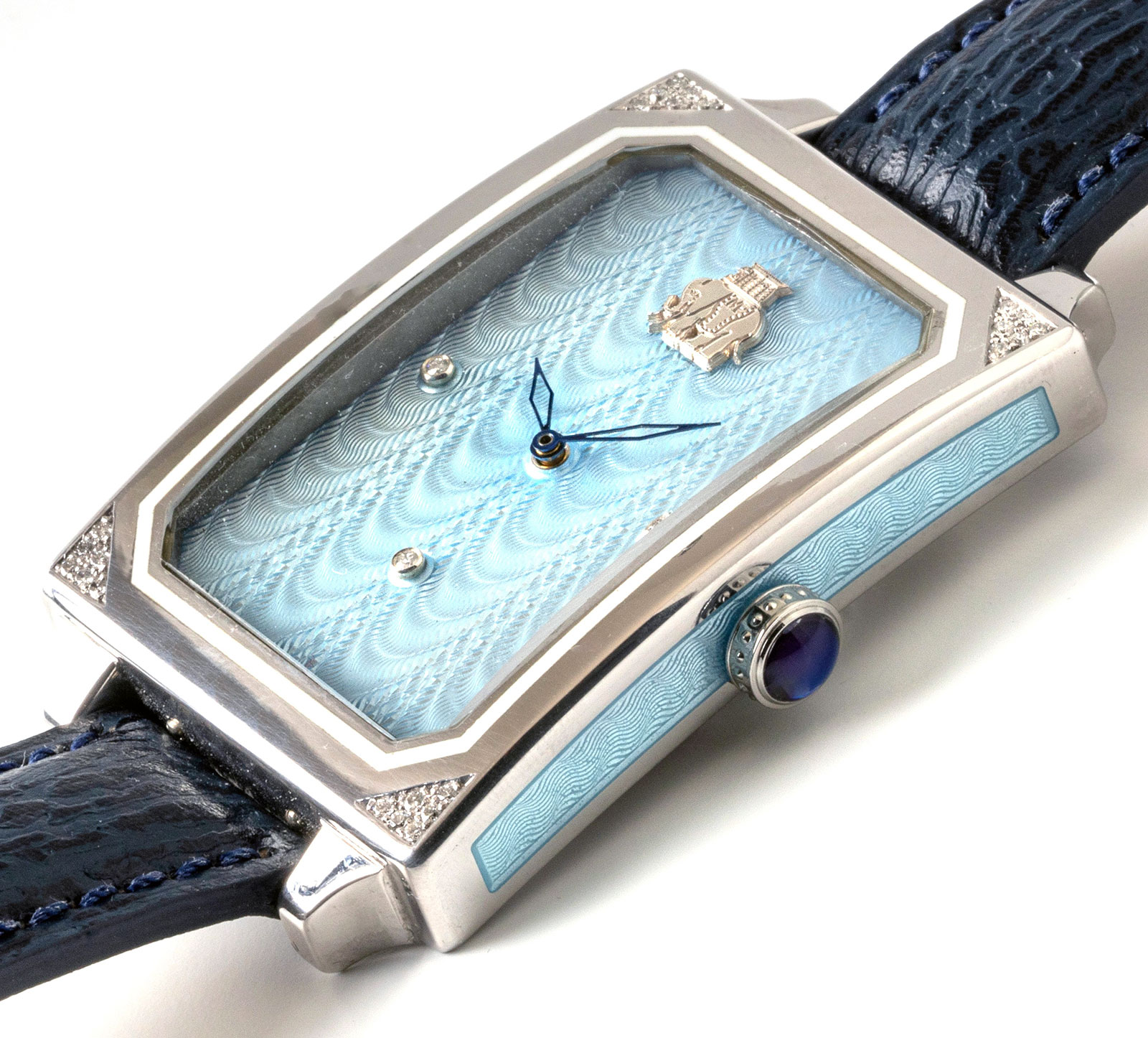 The enamel is done the traditional way by a craftsman in England who first grinds the enamel powder with a mortar and pestle, then adds water or oil to create the mixture that can be painted onto the case surface. The case is then fired to set the enamel, and the process repeated to build up several layers of translucent enamel. 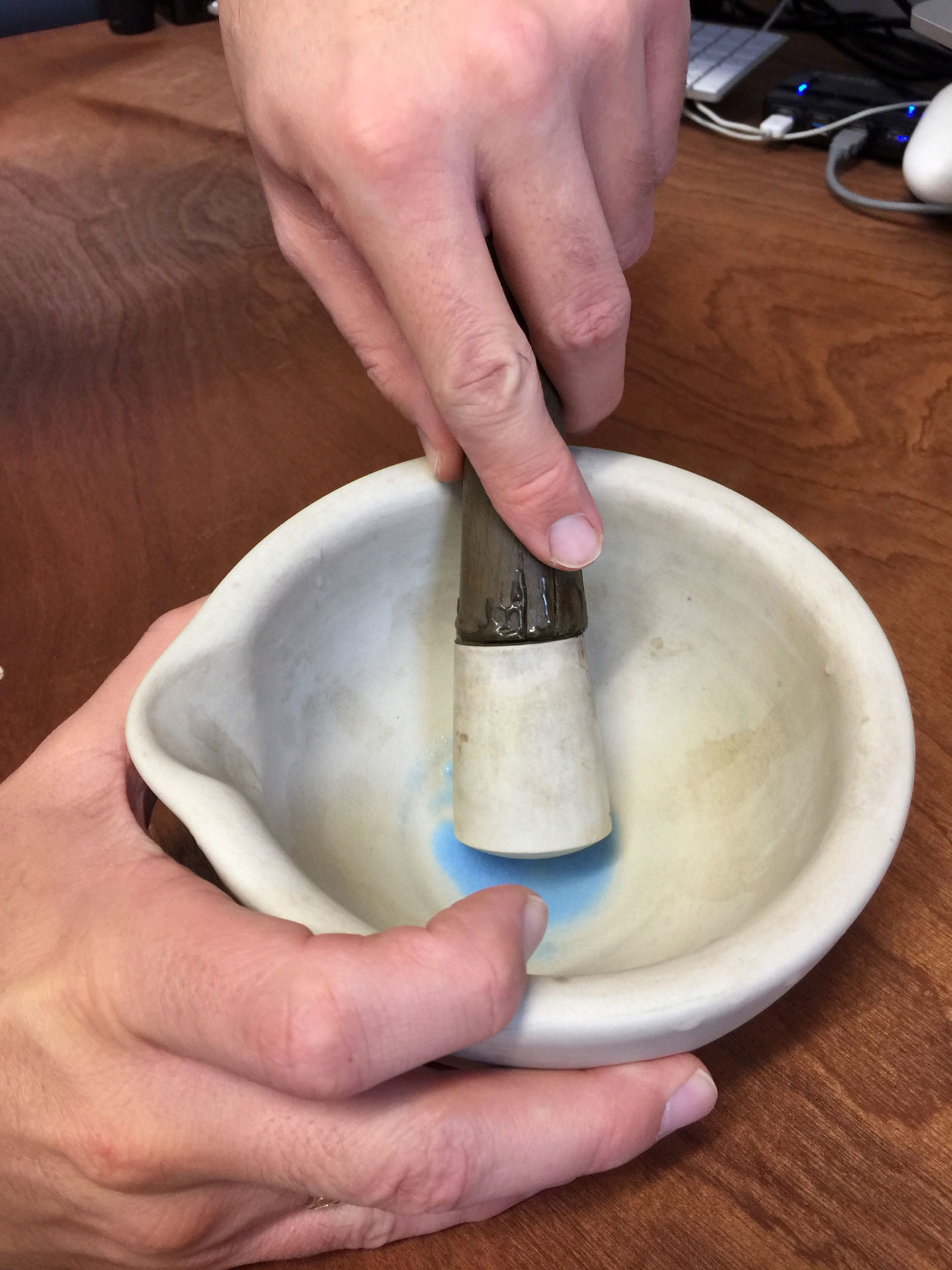 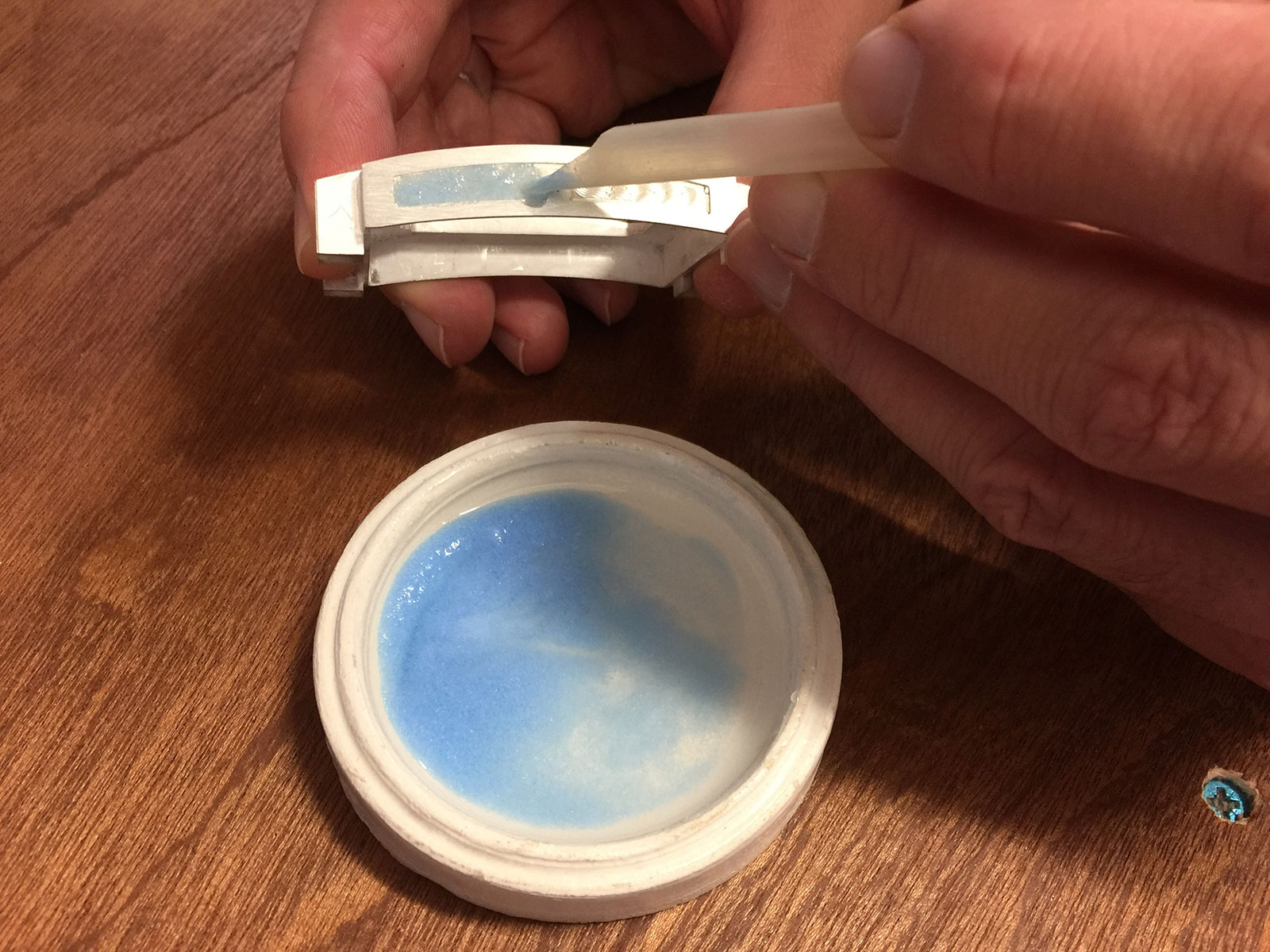 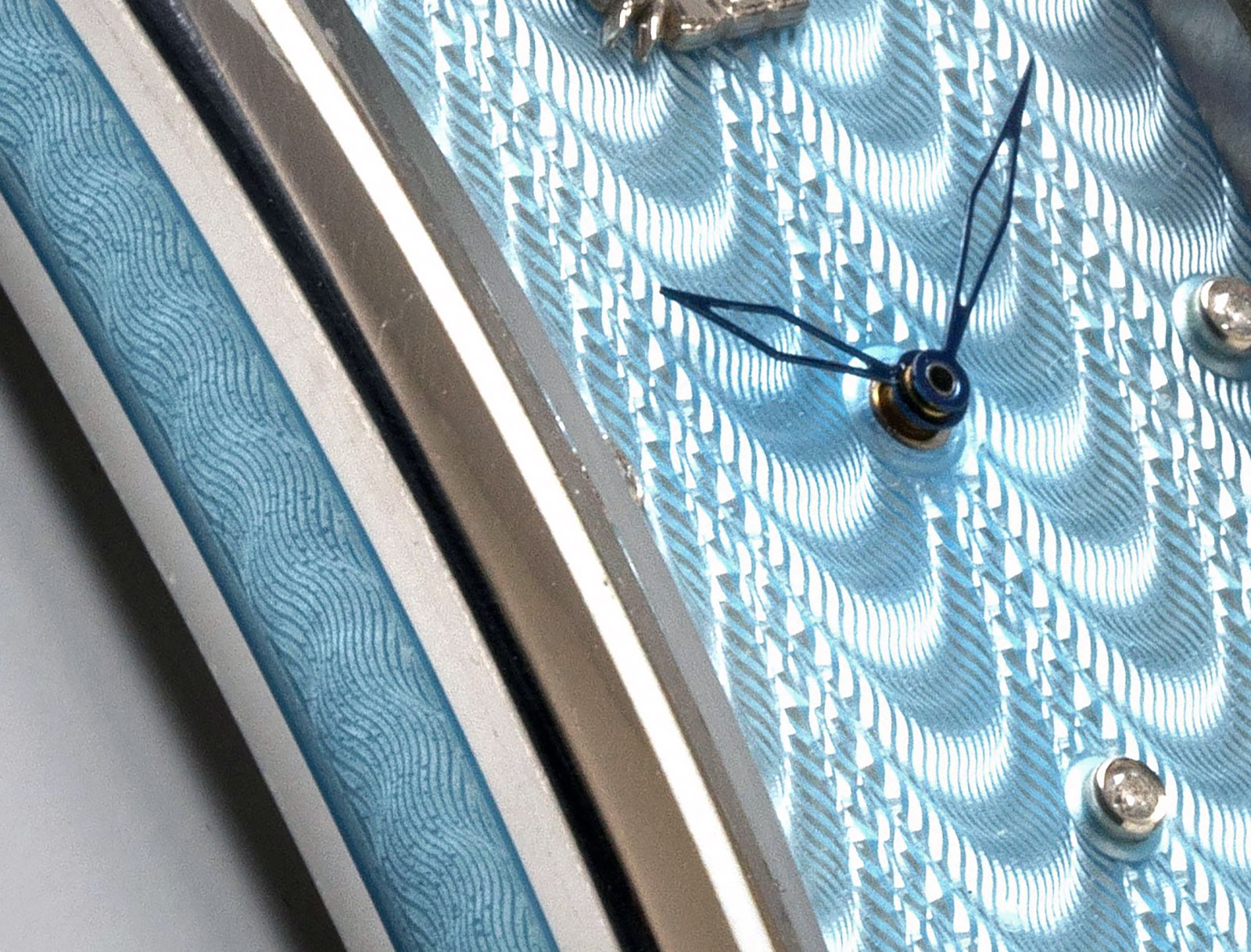 Produced by a London jeweller, the case is 18k white gold, although the prototype pictured is in sterling silver, and enamelled on its sides, while the corners of the front are set with brilliant-cut diamonds. It measures 27mm in diameter and 45mm long, with a height of 12mm.

The snap-on back features the distinctive assay hallmarks required for English precious metal creations, including the leopard’s head stamp of the London Assay Office. Underneath sits the Vaucher VMF 3000, a compact automatic movement with a 50 hour power reserve that’s also used by Hermes and Richard Mille. 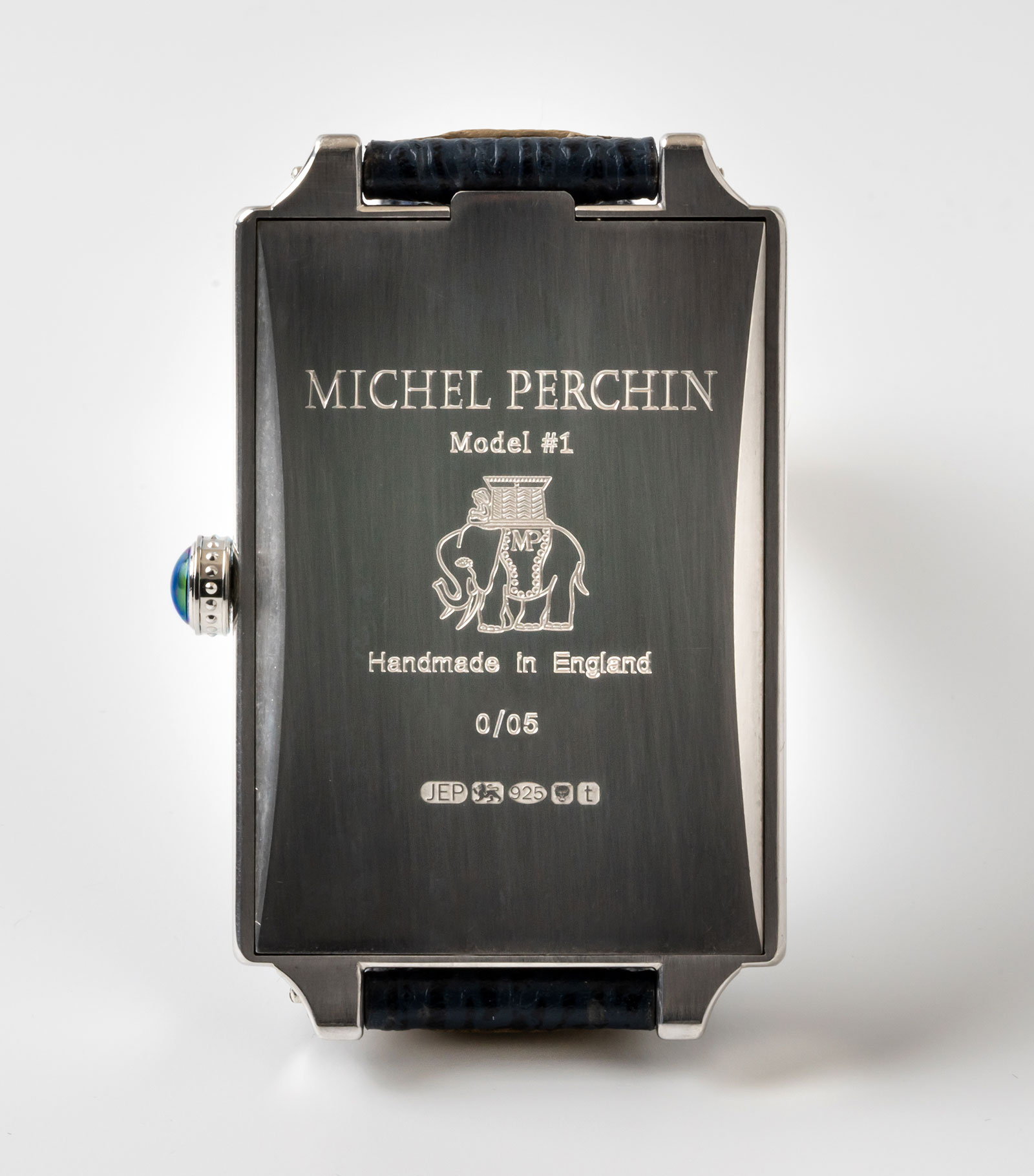 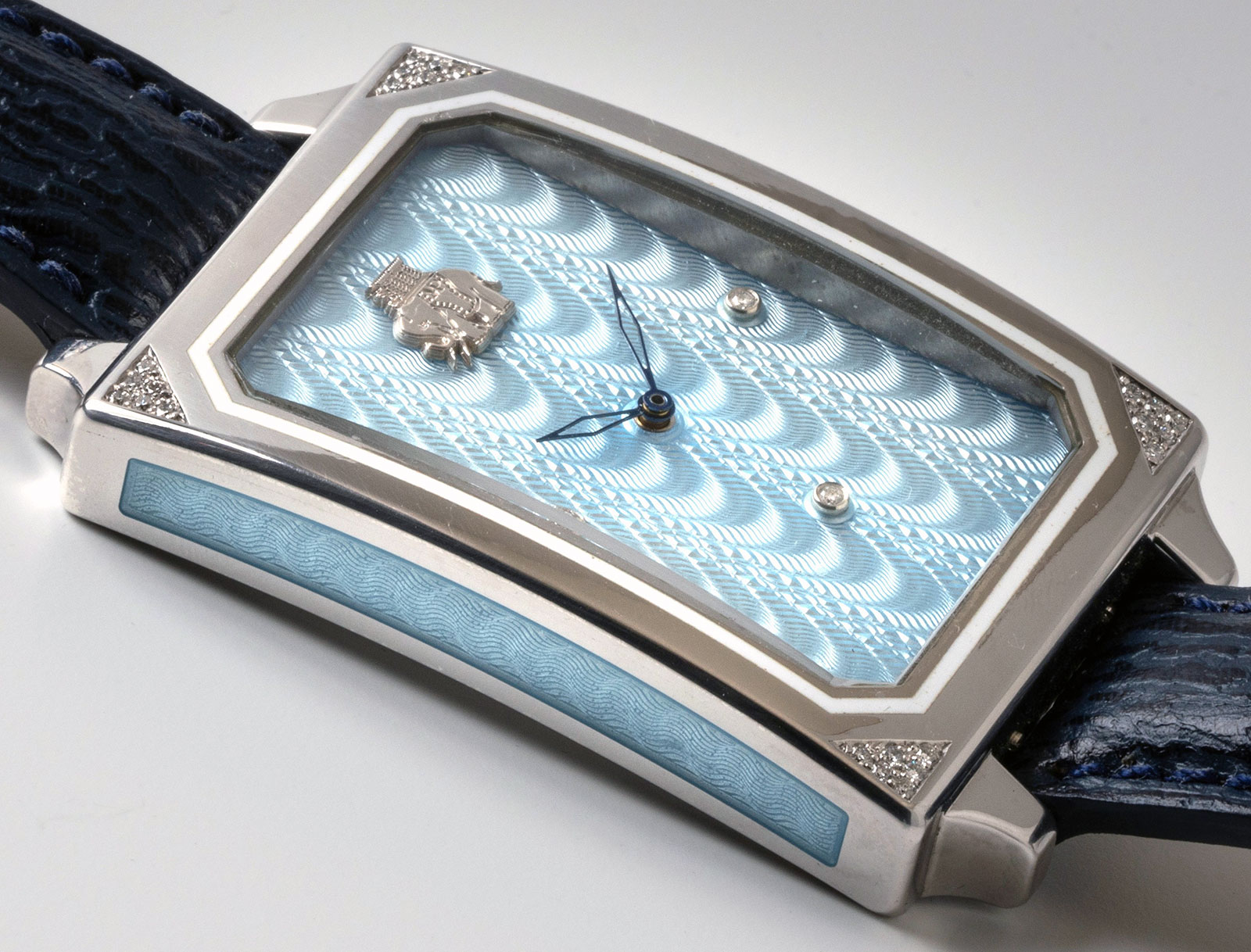 Update August 9, 2019: Including the name of the founder, Patrick Pinkston.