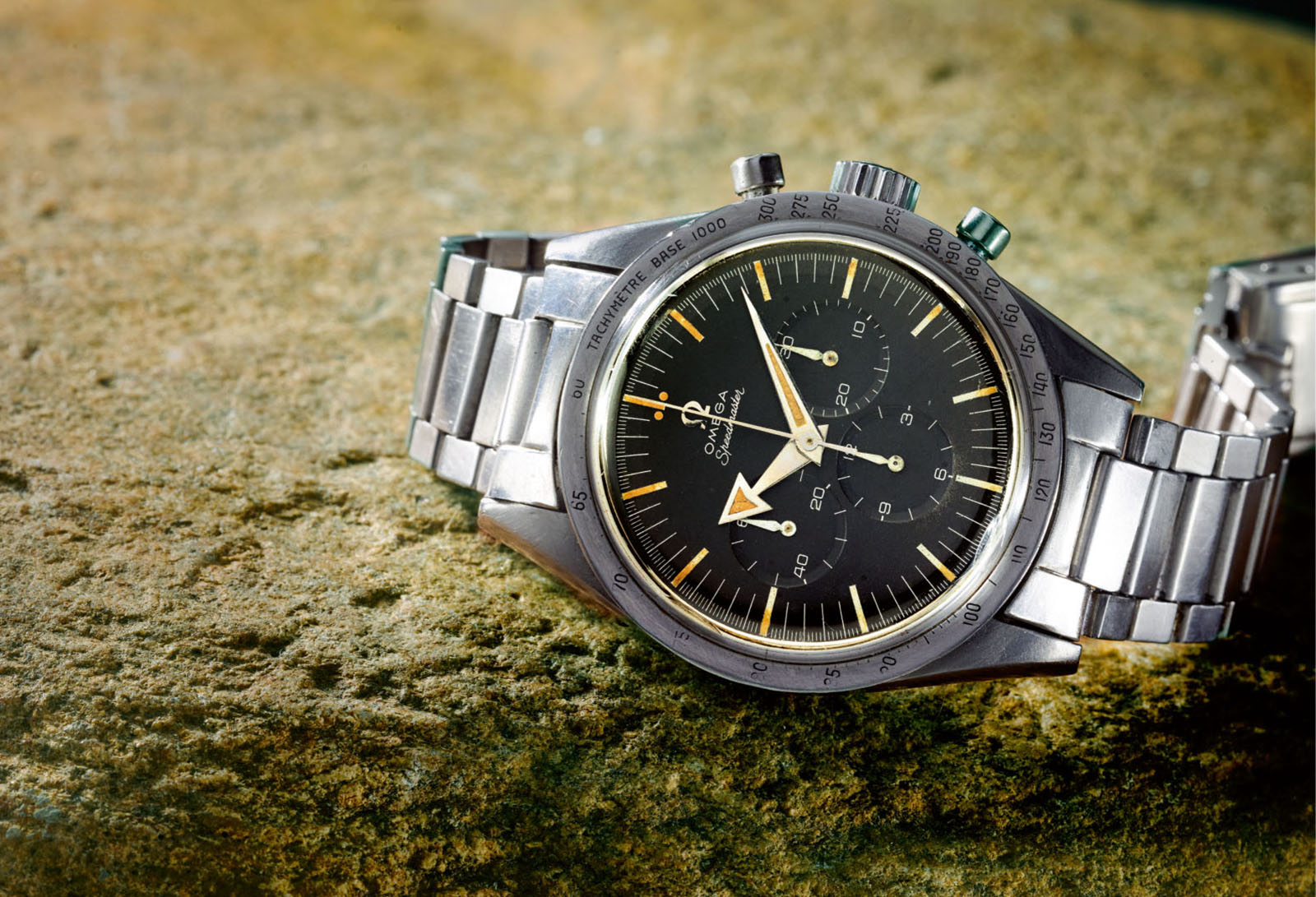 Taking place on July 19, Sotheby’s thematic auction to mark the 1969 Moon landing – Omega Speedmaster: To the Moon and Back, Celebrating 50 years since Apollo 11 – is all about the Omega Speedmaster Moonwatch, plus a handful of watch accessories and lunar paraphernalia.

The auction is 50 lots, covering a variety of Speedmaster models, starting from the very affordable to “grail” references like the ref. 2915-1 and “Alaska III”  prototype. For those interesting in a lot-by-lot opinion of the sale, check out the article written by Speedmaster enthusiast William Roberts over at speedmaster101.com.

Here’s a look at a couple of highlights.

The ref. 2915-1 is substantially different from the later Moonwatches but is the one that started it all, being the very first reference of the Speedmaster ever. Its particular combination of features – steel bezel, “broad arrow” hands, straight lugs – give it a distinct and appealing look compared to the later Speedmasters. 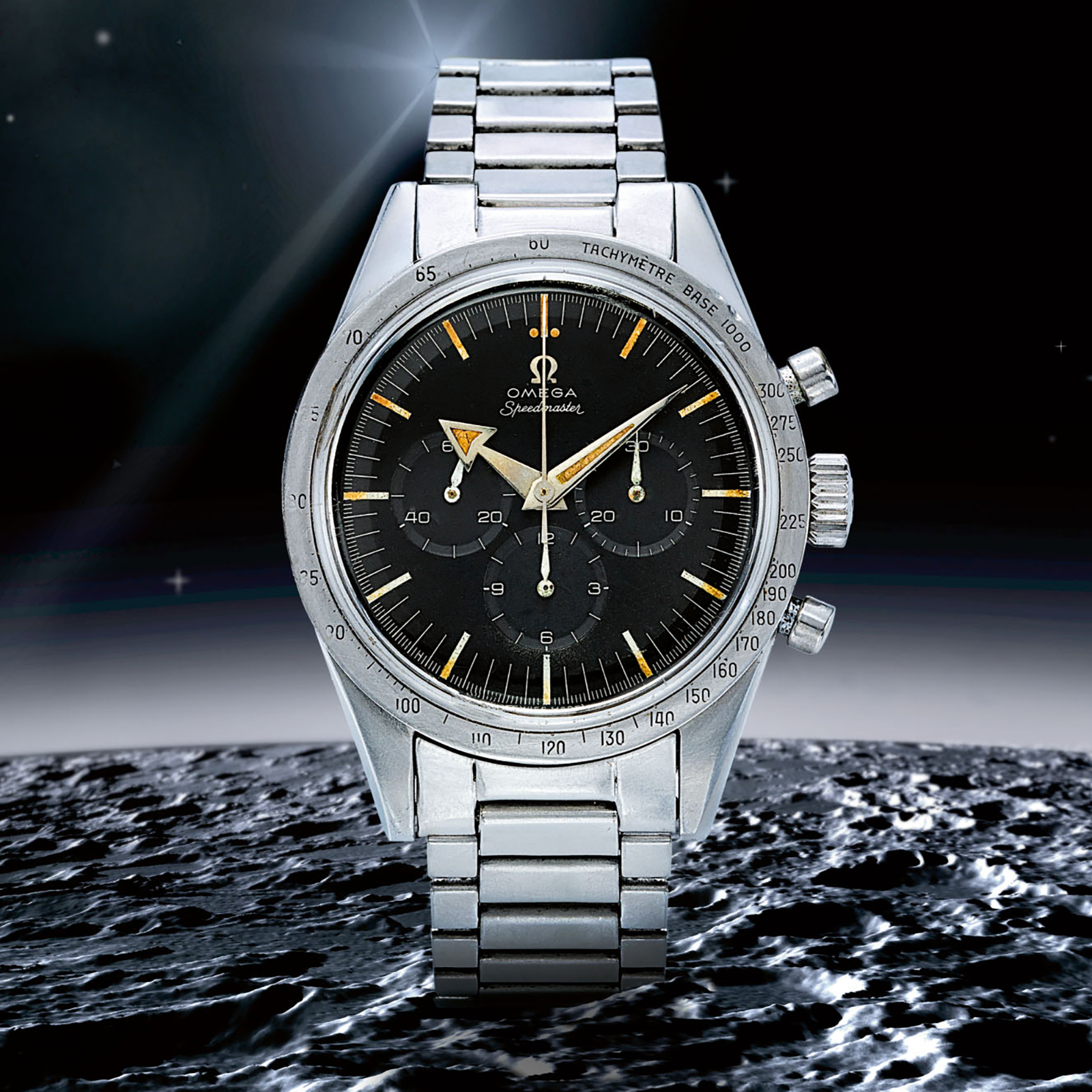 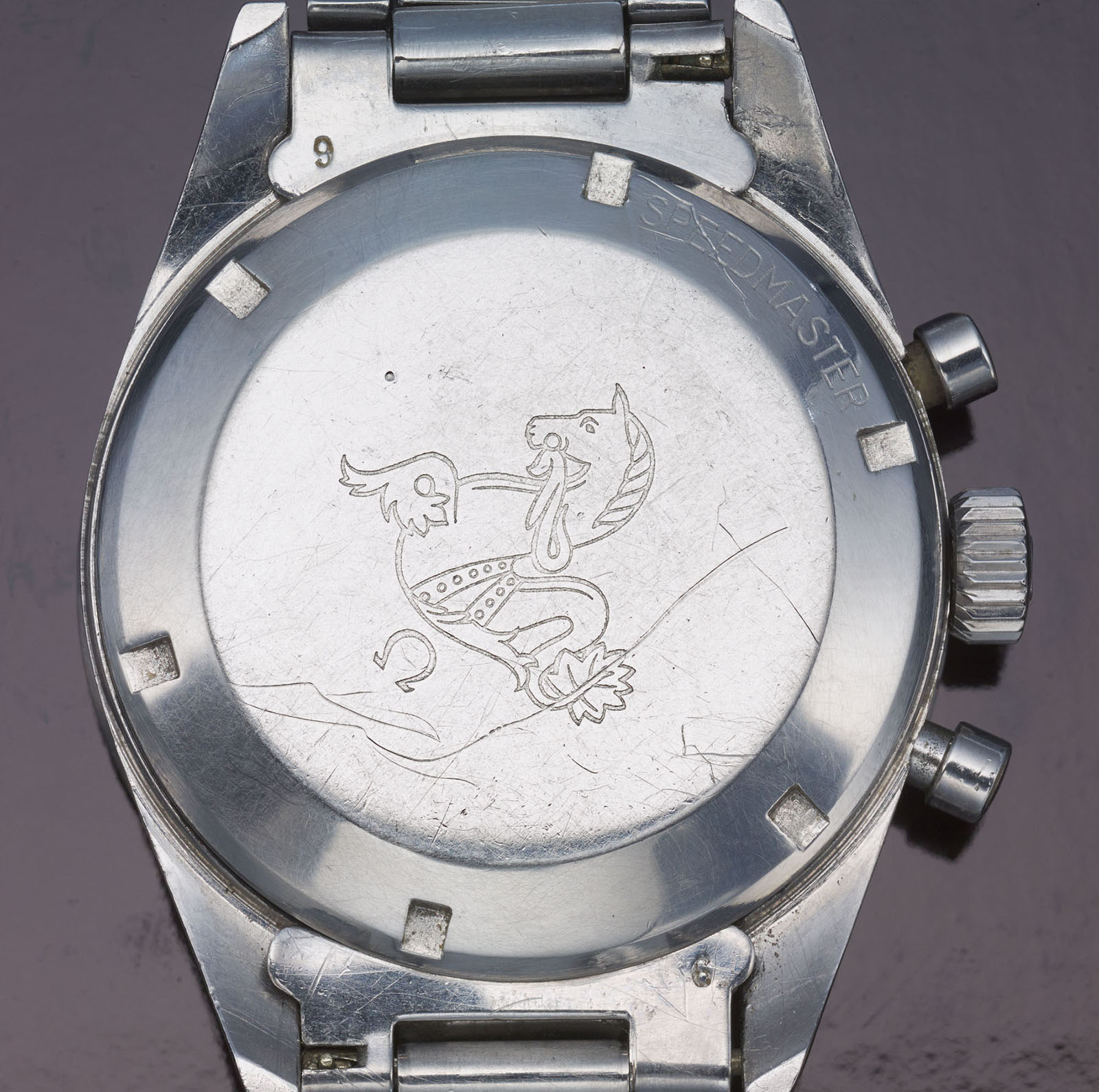 This particular appears correct, albeit showing its age. The wear seems pretty even throughout, from the case to dial to back, and is detailed in Sotheby’s condition report. 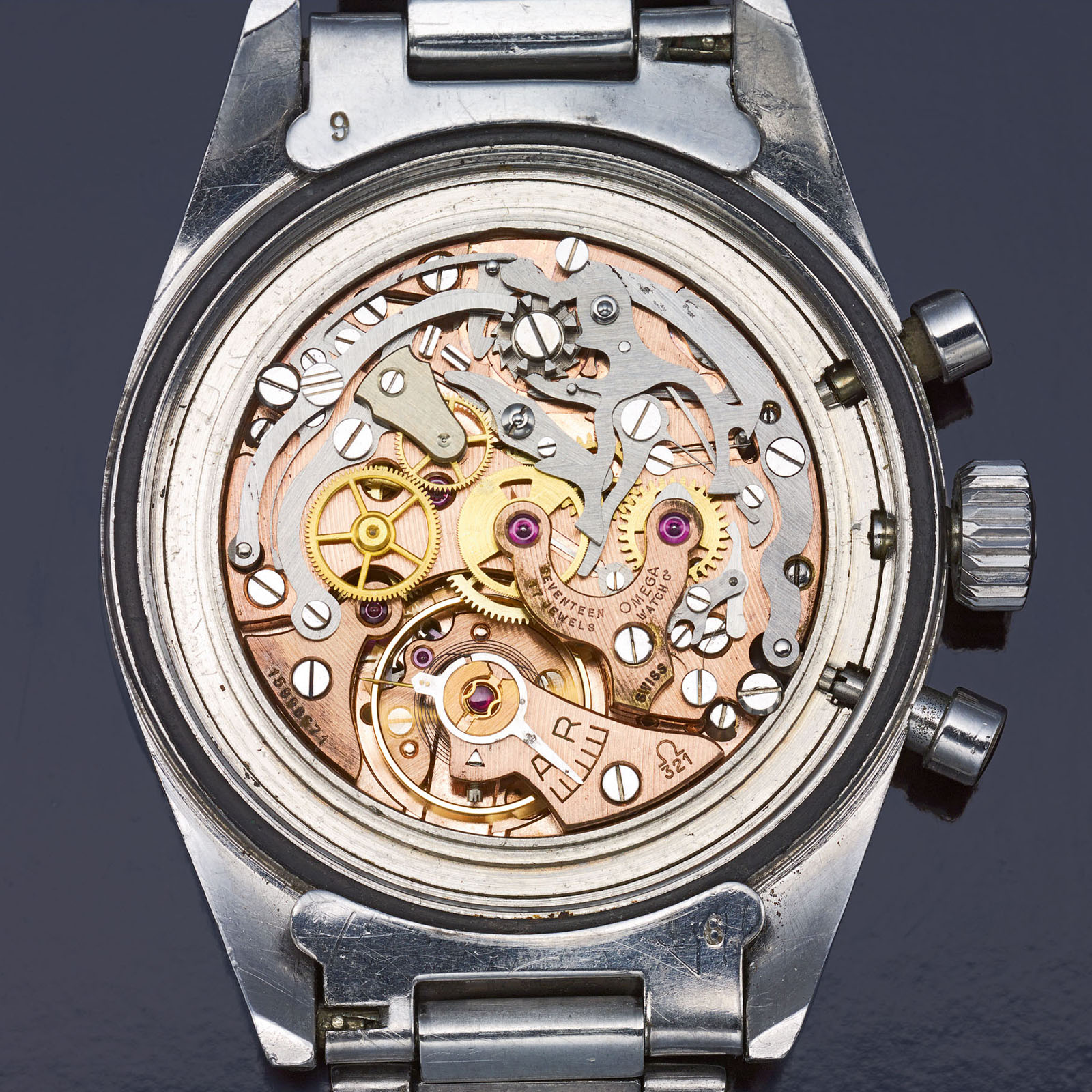 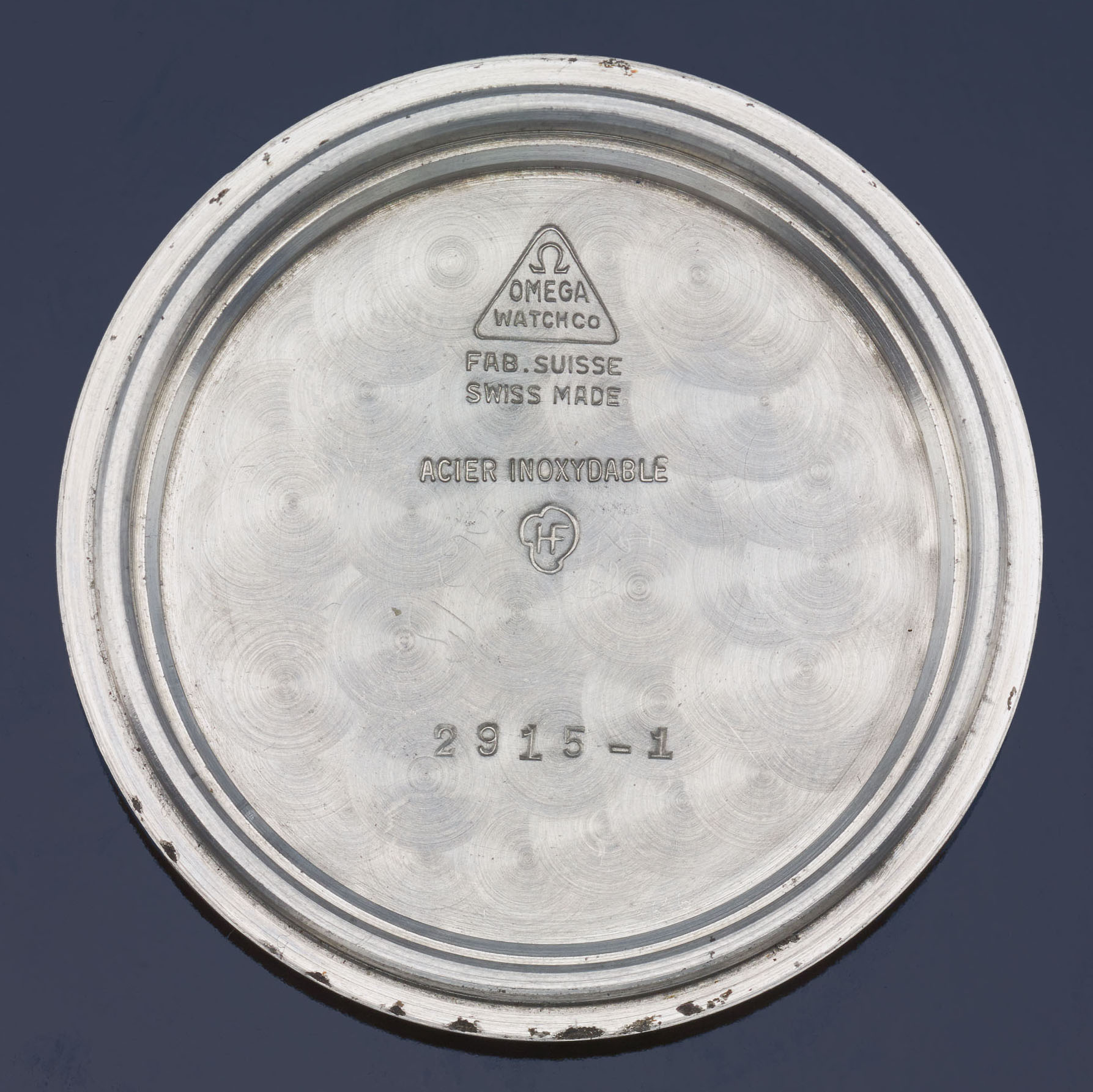 According to the extract, it was delivered to Mexico in 1958, a year after the model was introduced.

A limited edition to celebrate the successful Moon landing, the Speedmaster ref. 145.022-69 “Apollo XI” was a run of 1014 watches, with the first couple dozen given to officials and dignitaries involved with the Apollo project. The very first watch went to Richard Nixon, who famously declined it; the very watch is in the Omega Museum today.

This reference is an impressively heavy and extravagant watch, and also the very first precious metal Moonwatch. Omega recently reissued the watch to celebrate the 50th year of the Moon landing, but this is an original in strong condition. 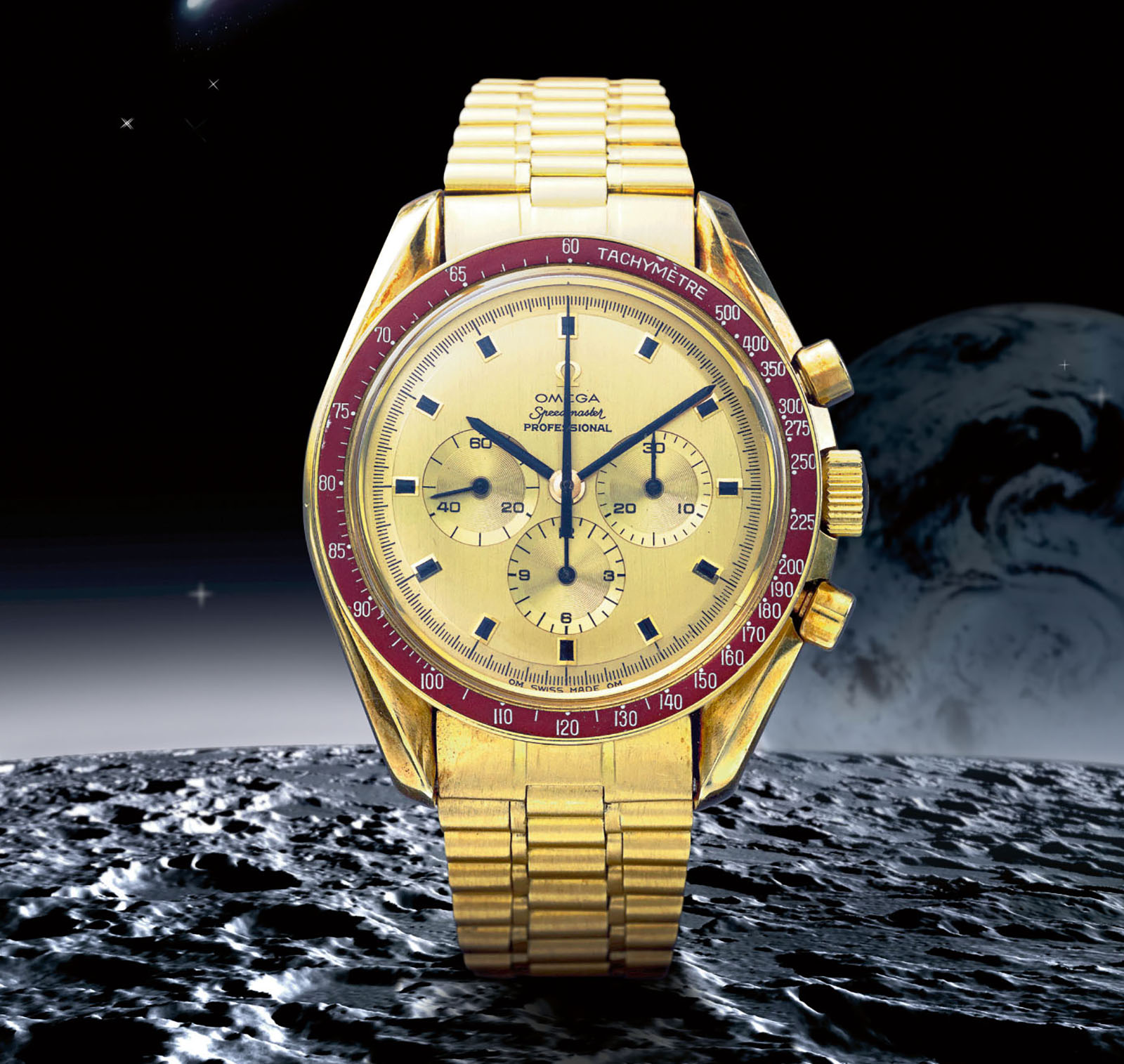 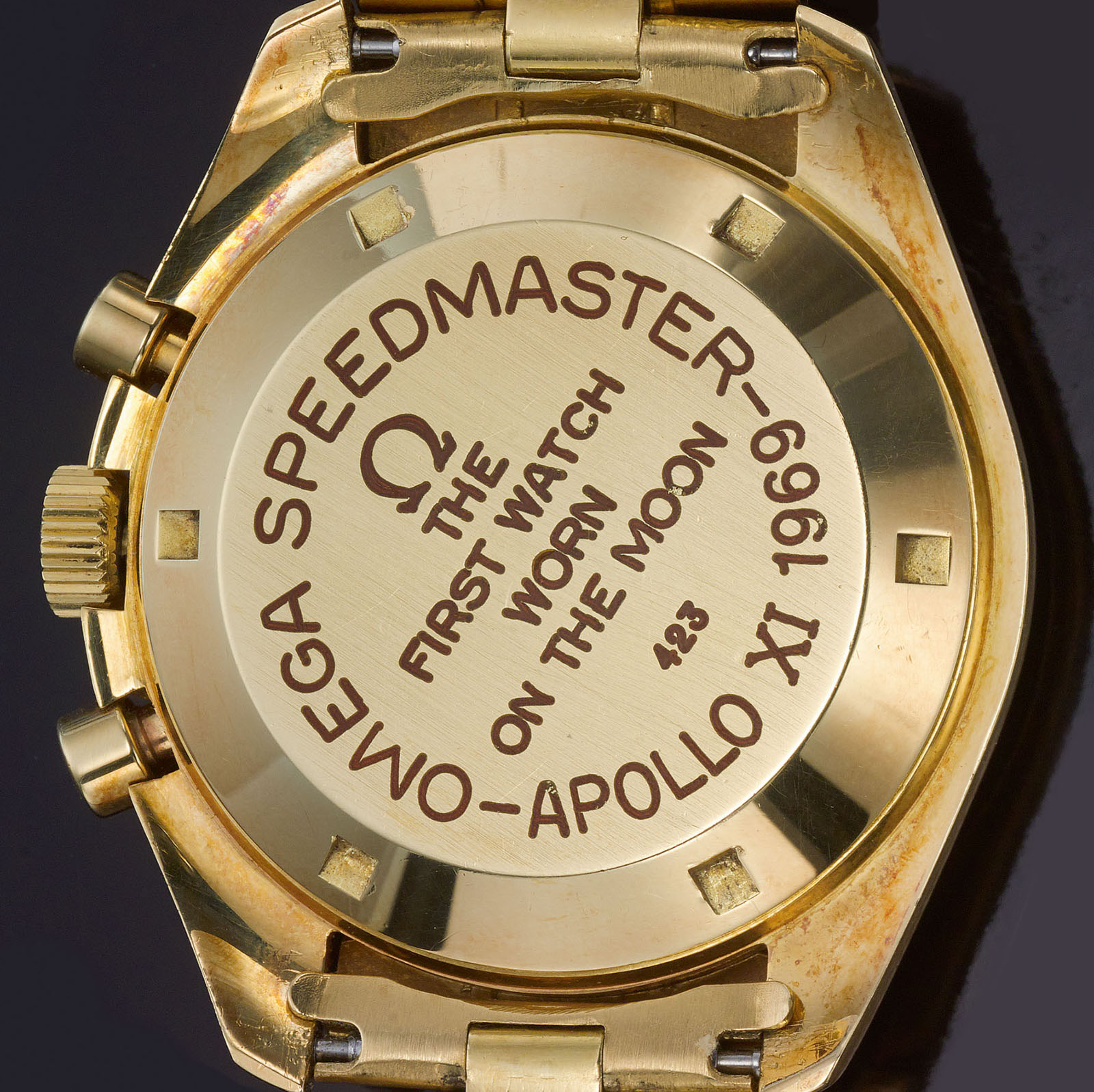 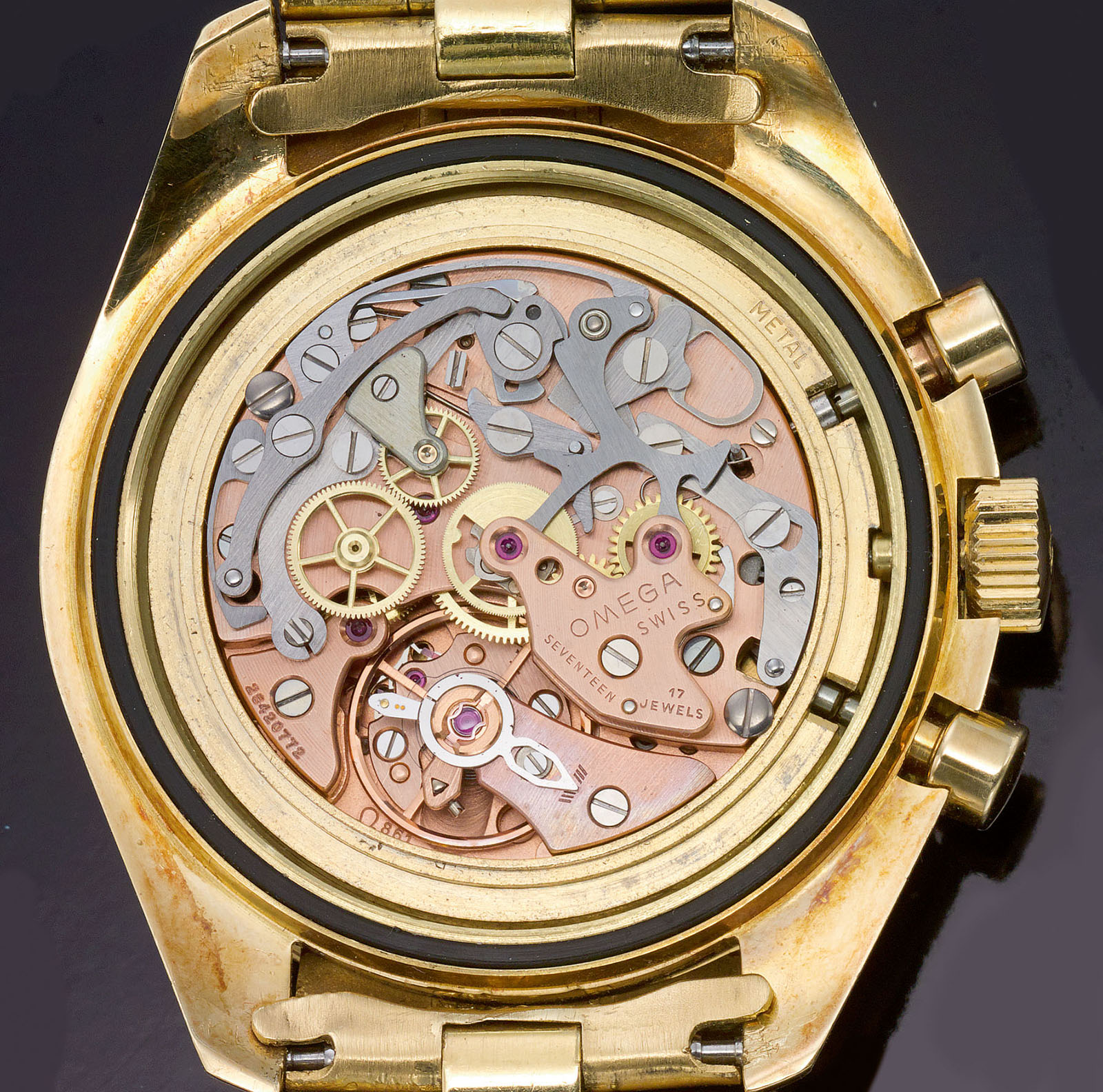 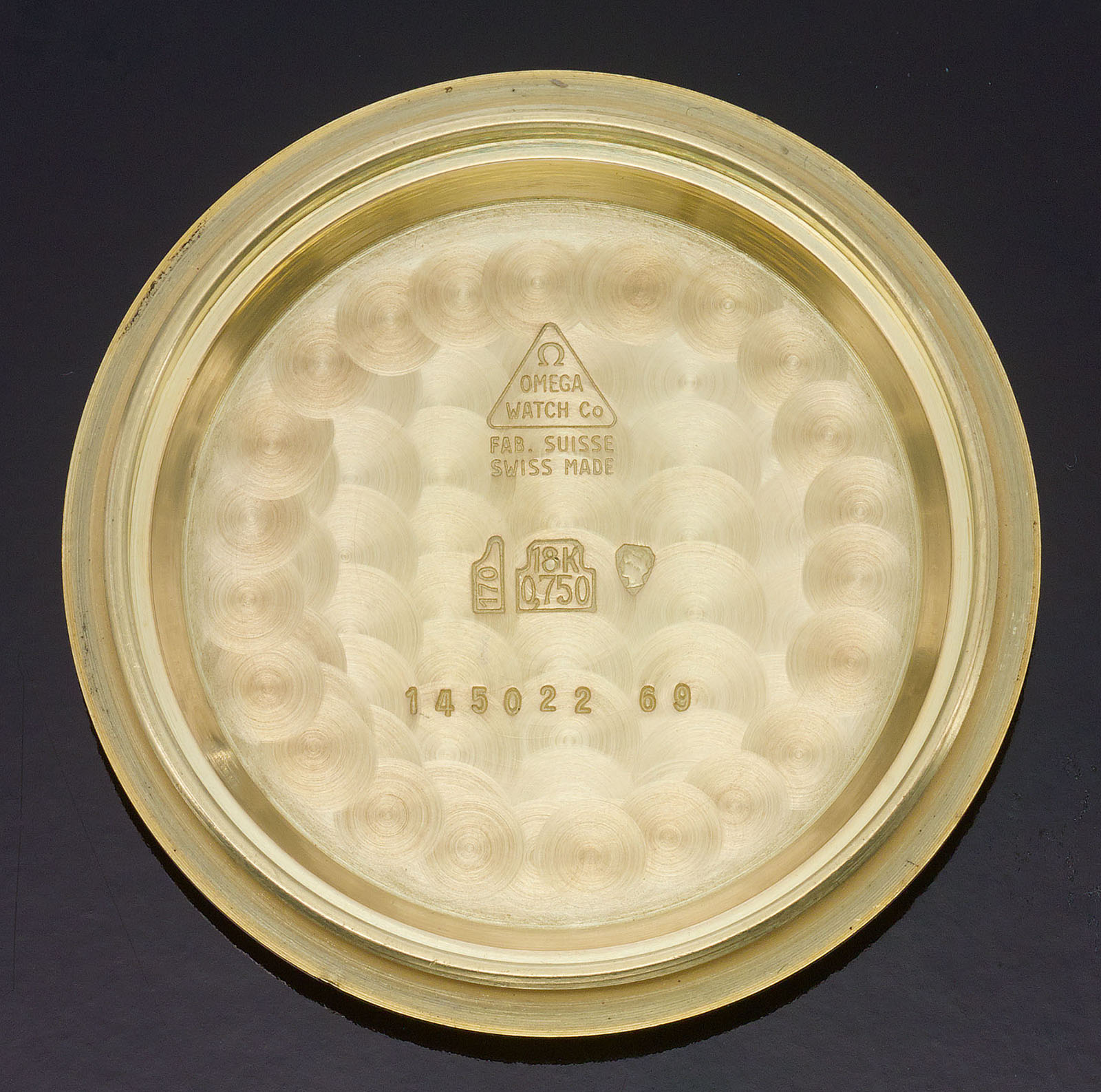 It shows moderate, but not excessive wear, and is accompanied by useful accessories, including a period Omega box (though not the desirable Moon crater box) as well as its original certificate. 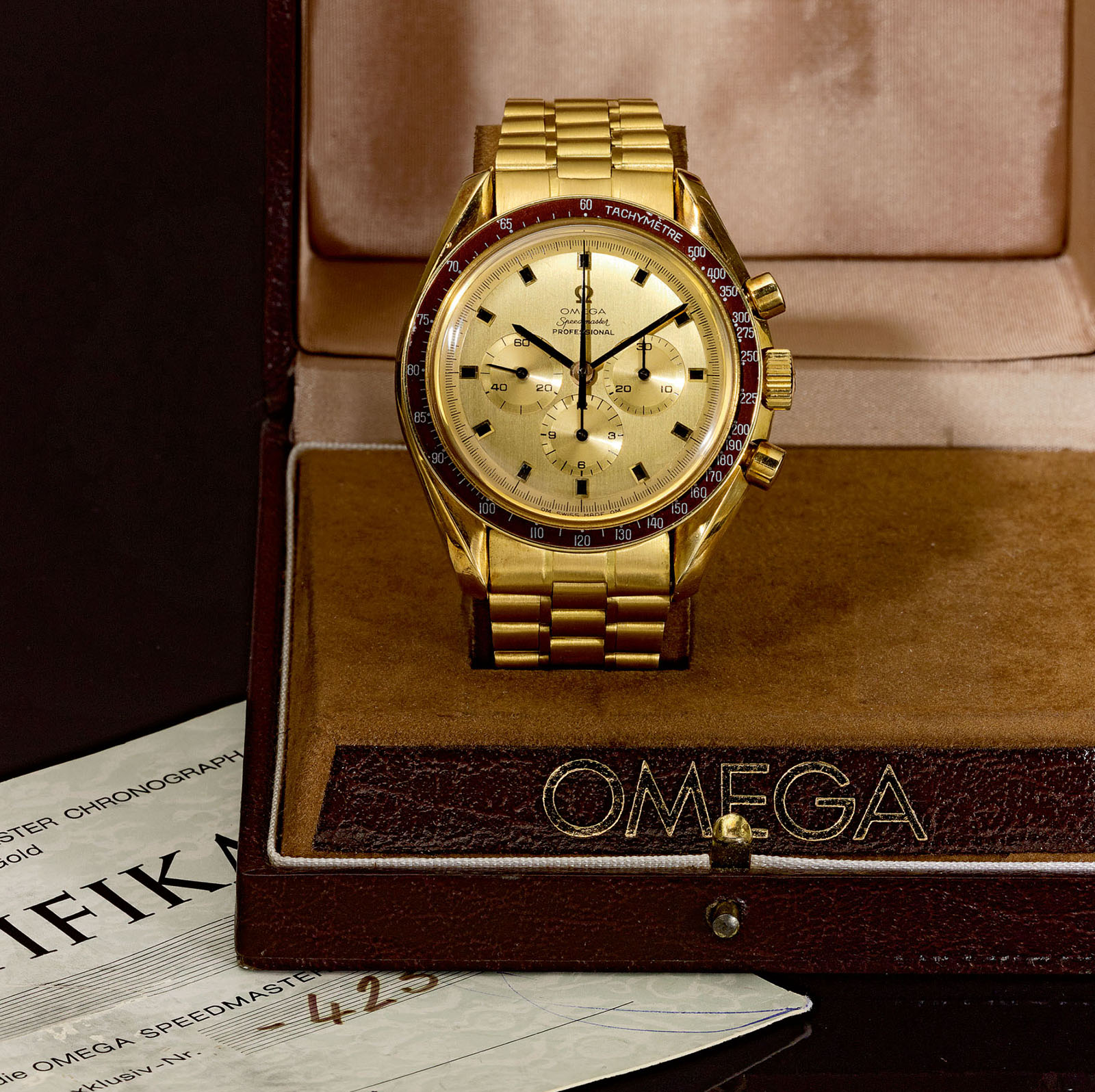 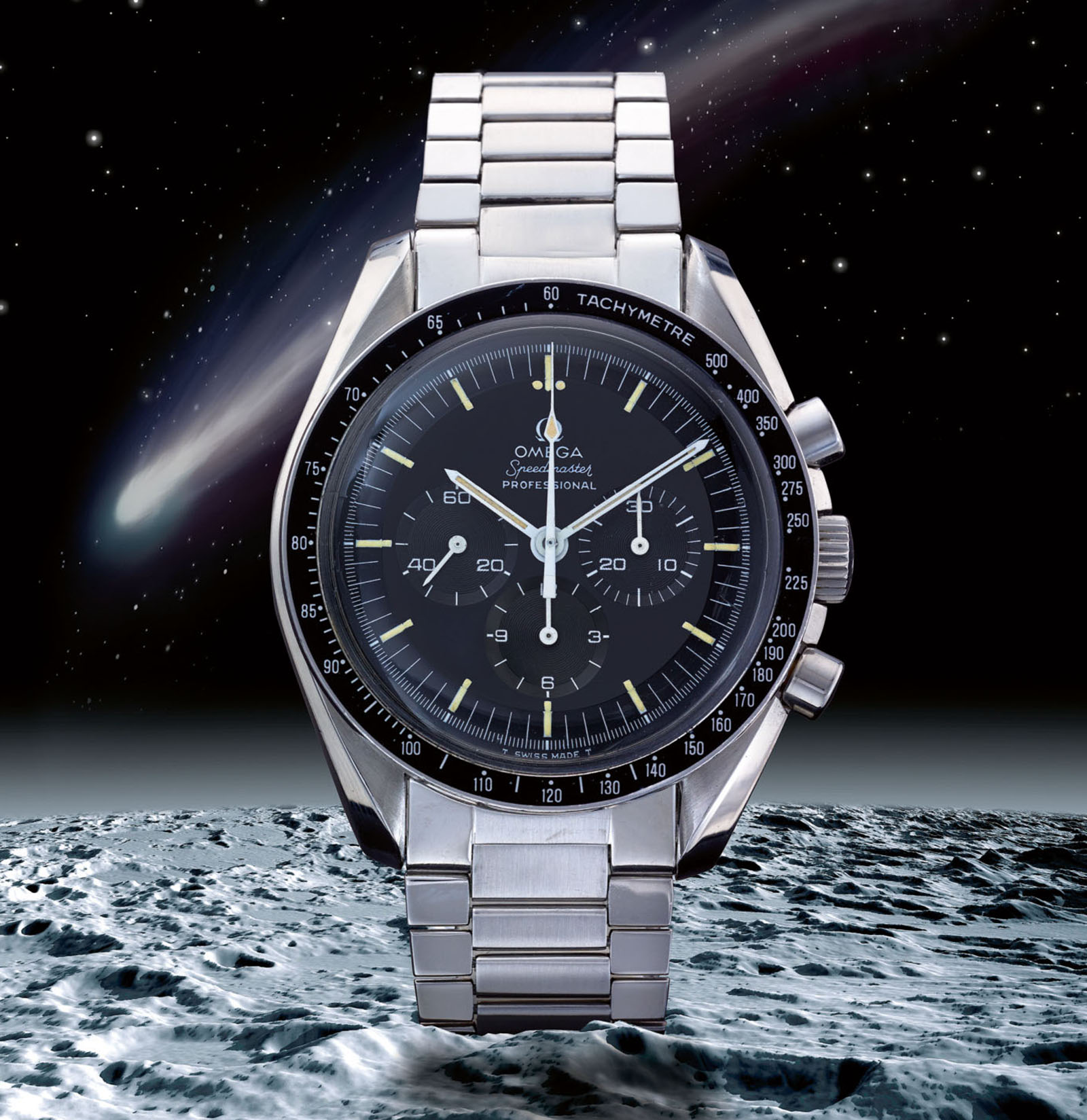 It’s pretty much a standard Speedmaster Professional ref. 145.022-69, a fairly common and inexpensive reference, save for one detail – the case back with horizontally arranged text, instead of the later and more common version with the case back text arranged in a circle. 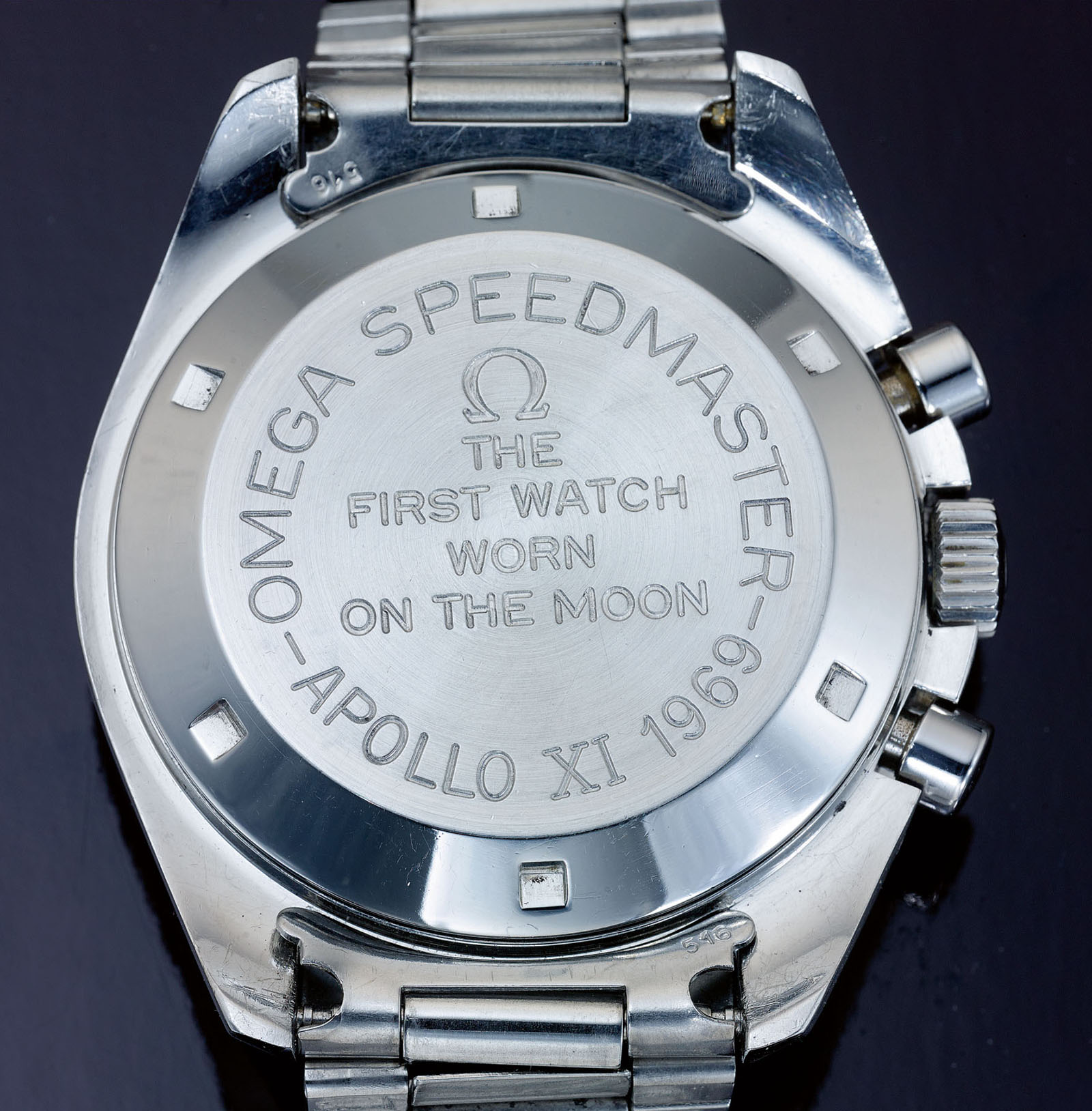 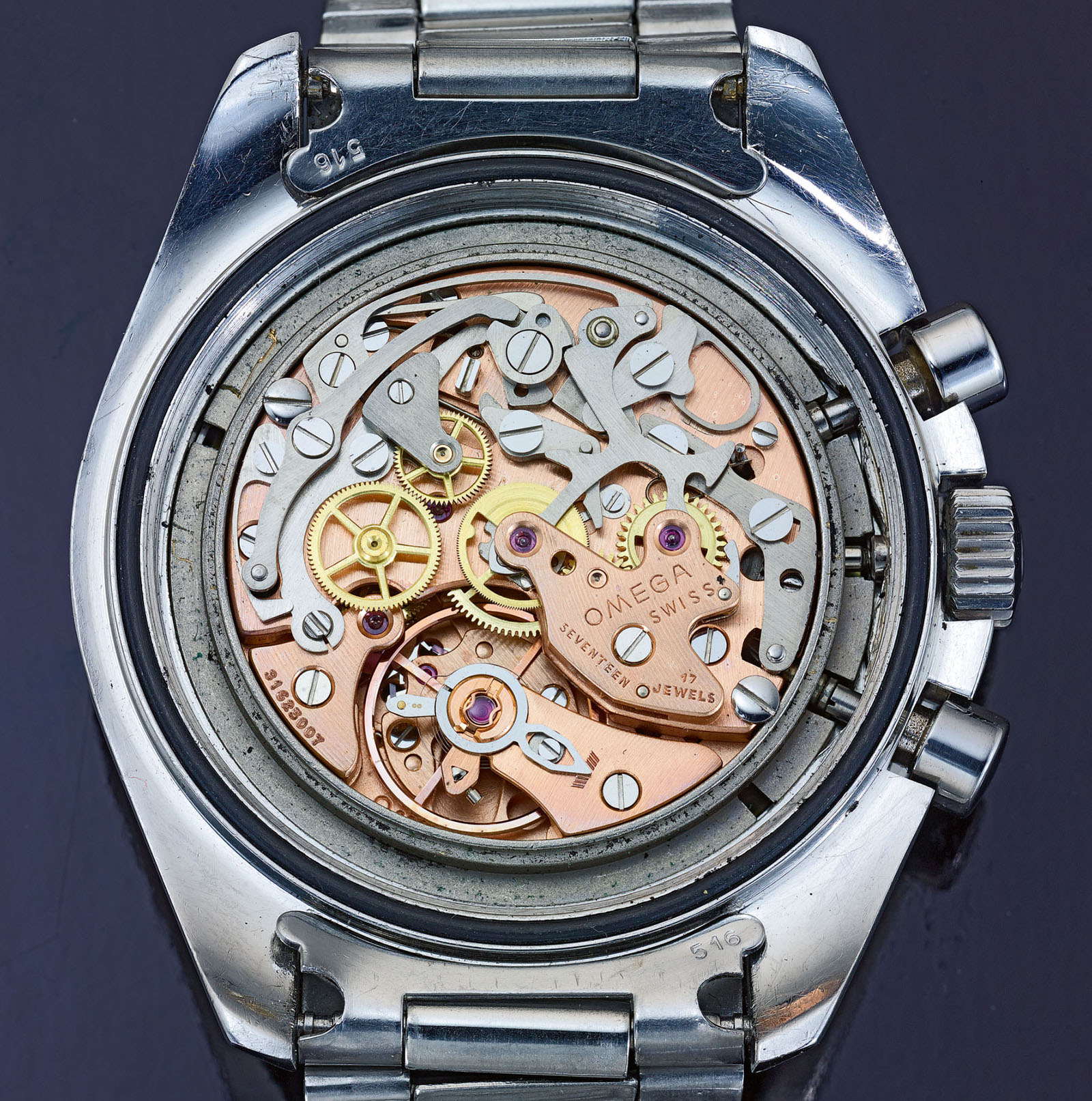 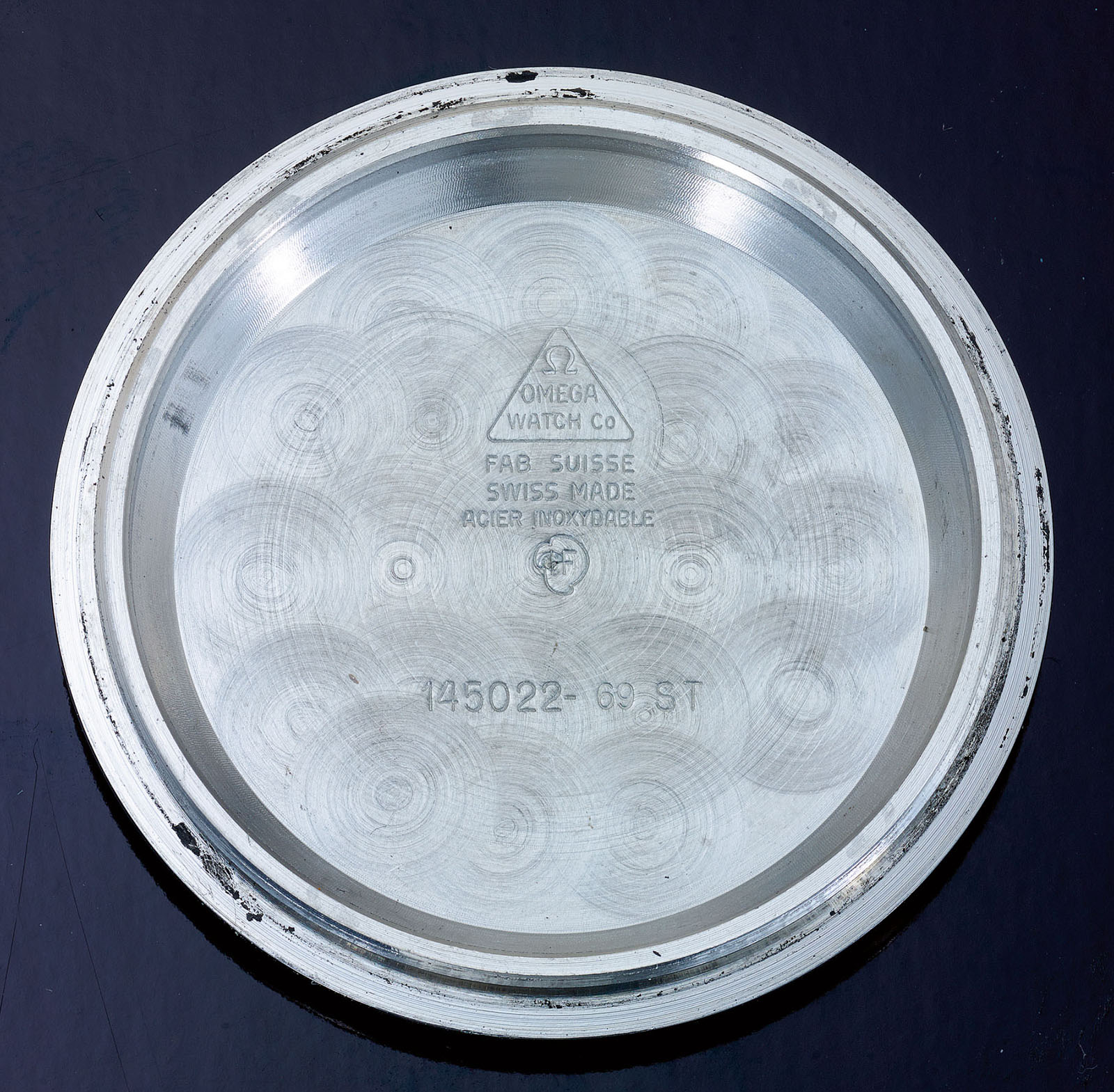 This is a well preserved 1971 example with its original bracelet but for anyone who wants to spend a bit less, lot 26 in the same sale is the same reference, but in slightly poorer condition, and for less money, with an estimate of US$5,000-8,000.

Possibly the most valuable lot in the sale, though not the one with the highest pre-sale estimate, the Speedmaster “Alaska III” came about from a NASA project that started in the late 1960s, with the aim of creating a watch to withstand extreme environments. 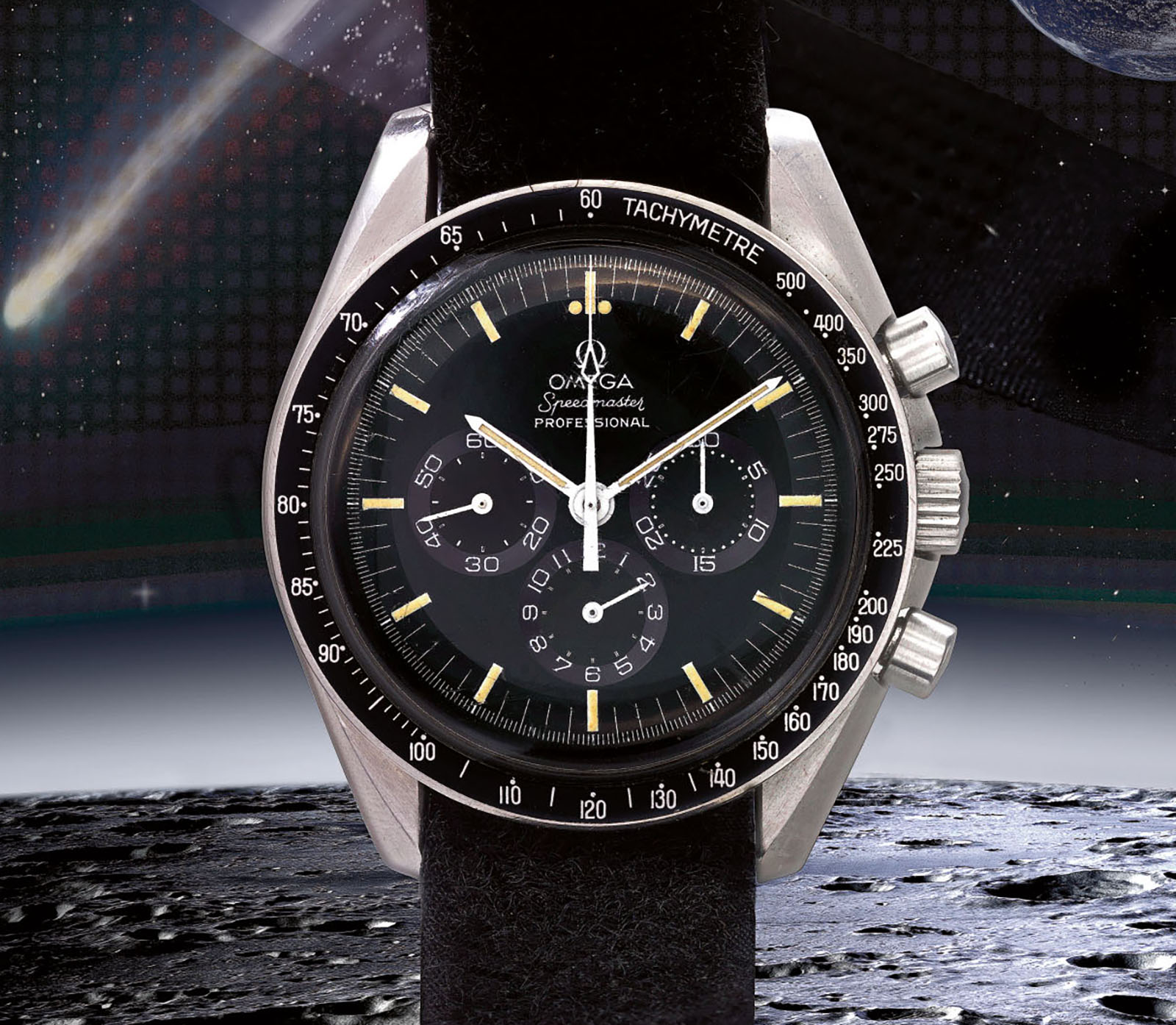 The earlier “Alaska I” and “Alaska II” watches are more uncommon, but the “Alaska III” is still exceedingly rare, with only a few dozen produced. Based on the standard Moonwatch, the “Alaska III” is the very model that inspired the Speedmaster Speedy Tuesday limited edition of 2017. 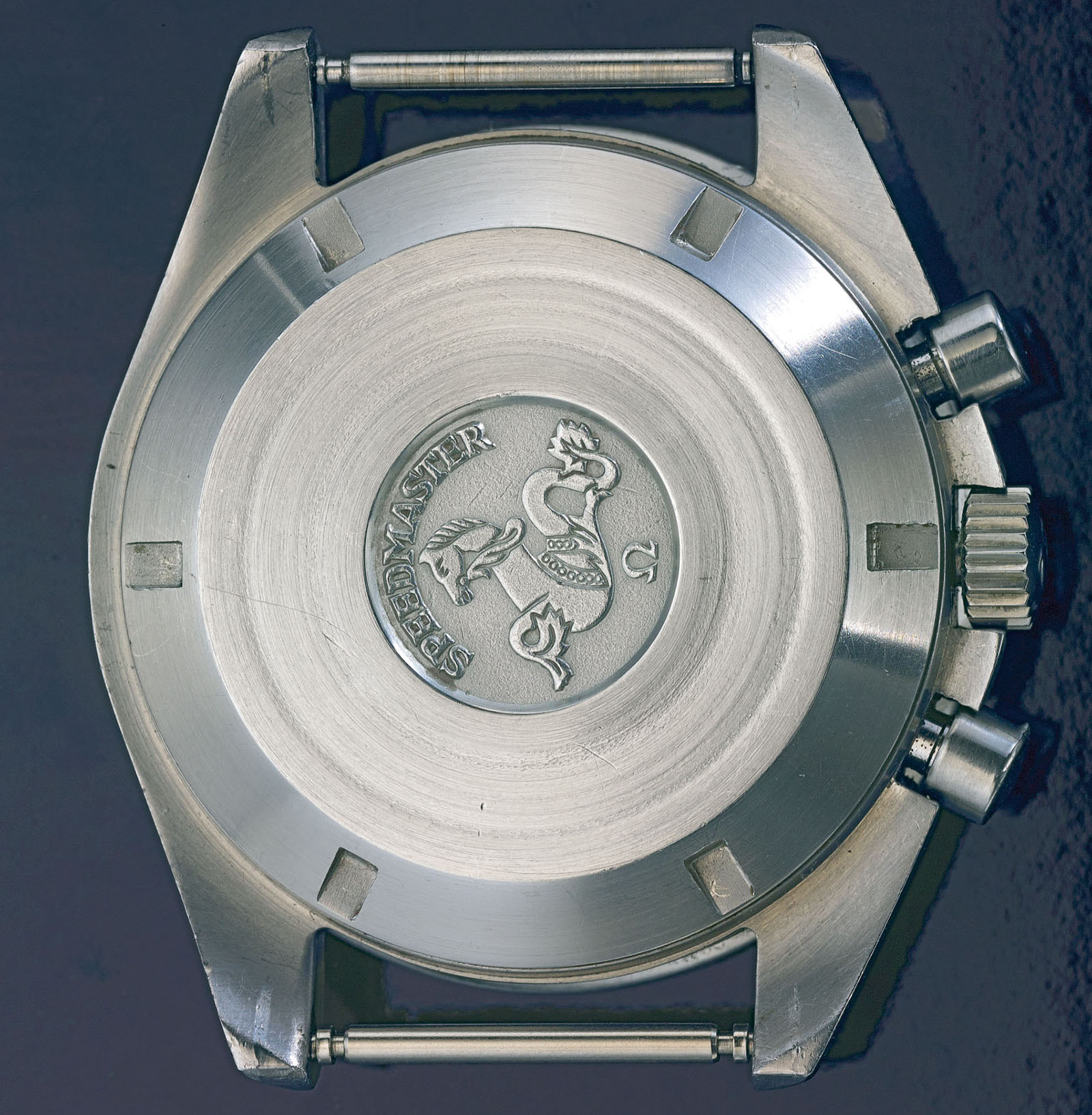 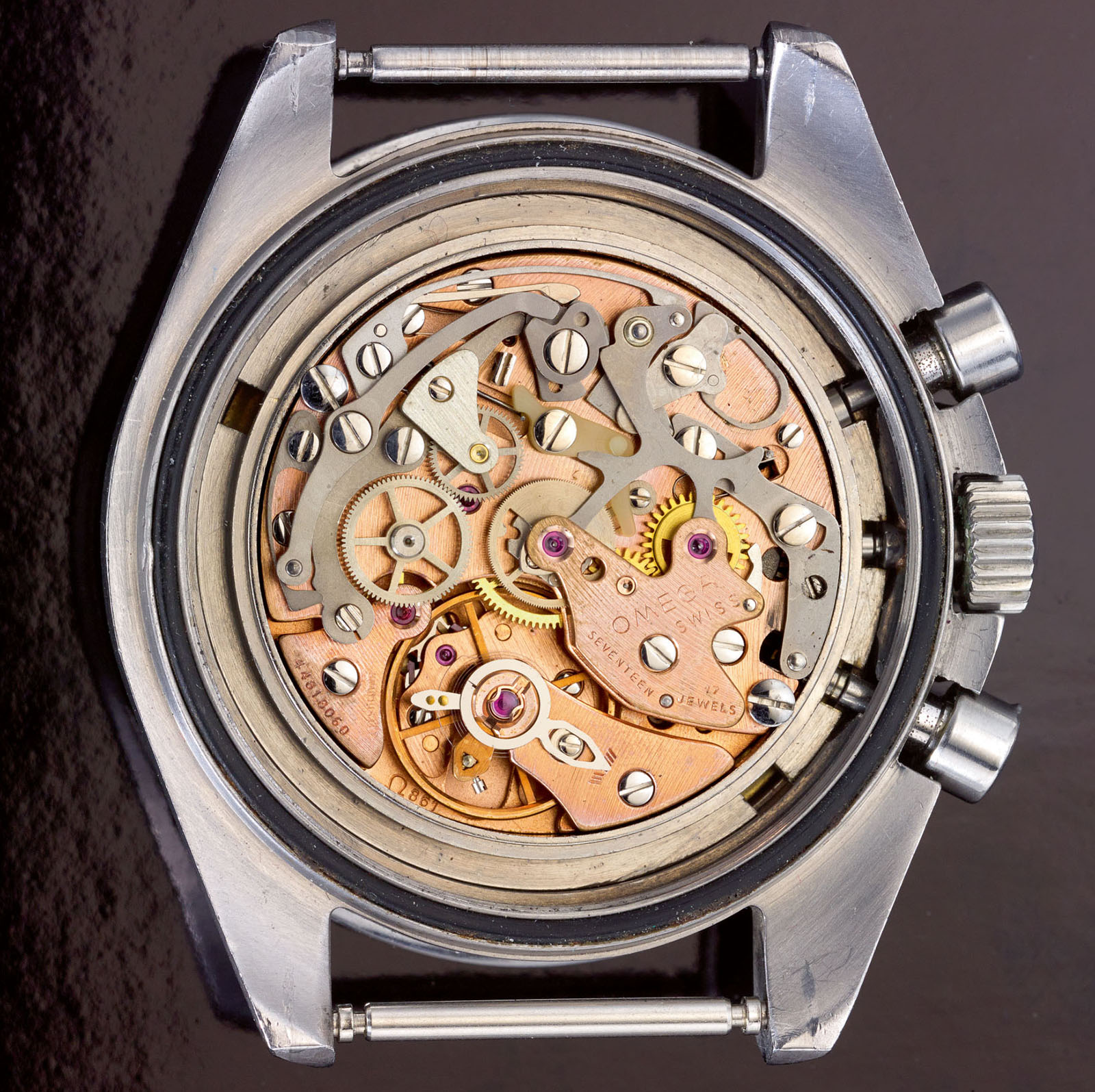 A notable detail of the “Alaska III” are the cases that were produced in the United States by Star Watch Case Co., the result of pressure on NASA to support domestic suppliers instead of a Swiss watchmaker. 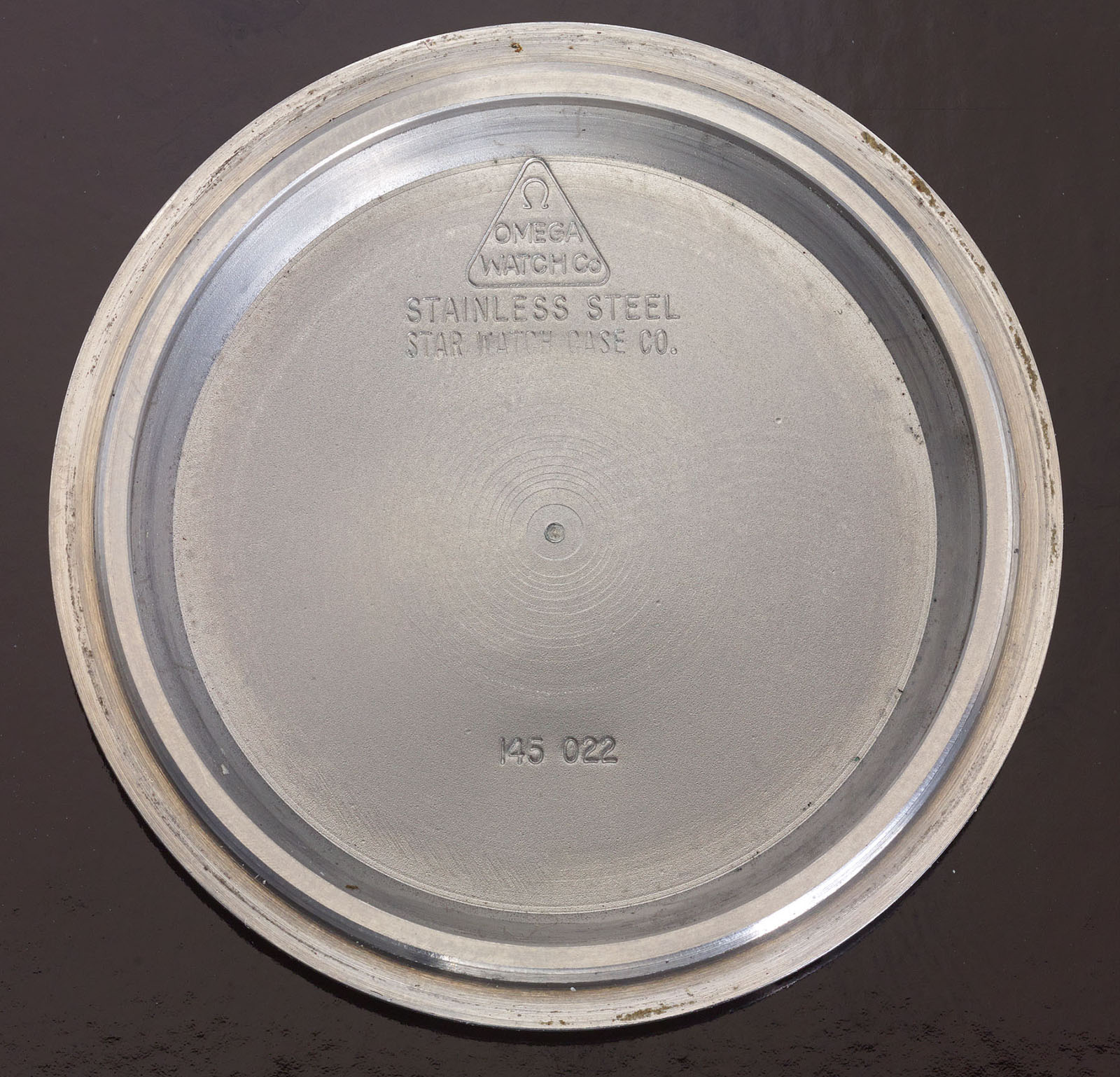 This specimen is in excellent condition, showing only modest wear. It’s accompanied by an extract confirming its experimental nature. This is estimated at US$70,000-90,000.

This is perhaps the most historically interesting watch in the sale, though not technically or intrinsically interesting, because it is a primitive, digital electronic watch. Back then this was absolutely cutting edge, and presumably cost a fortune, but evidently turned out to be a dead end. But because this is a primitive digital watch supplied to NASA for the “Alaska IV” project, the successor to the project that spawned the watch above, it is extremely cool.

Twenty prototypes were produced, and a dozen sent to NASA, and this is number 1 of the series delivered to the space agency. 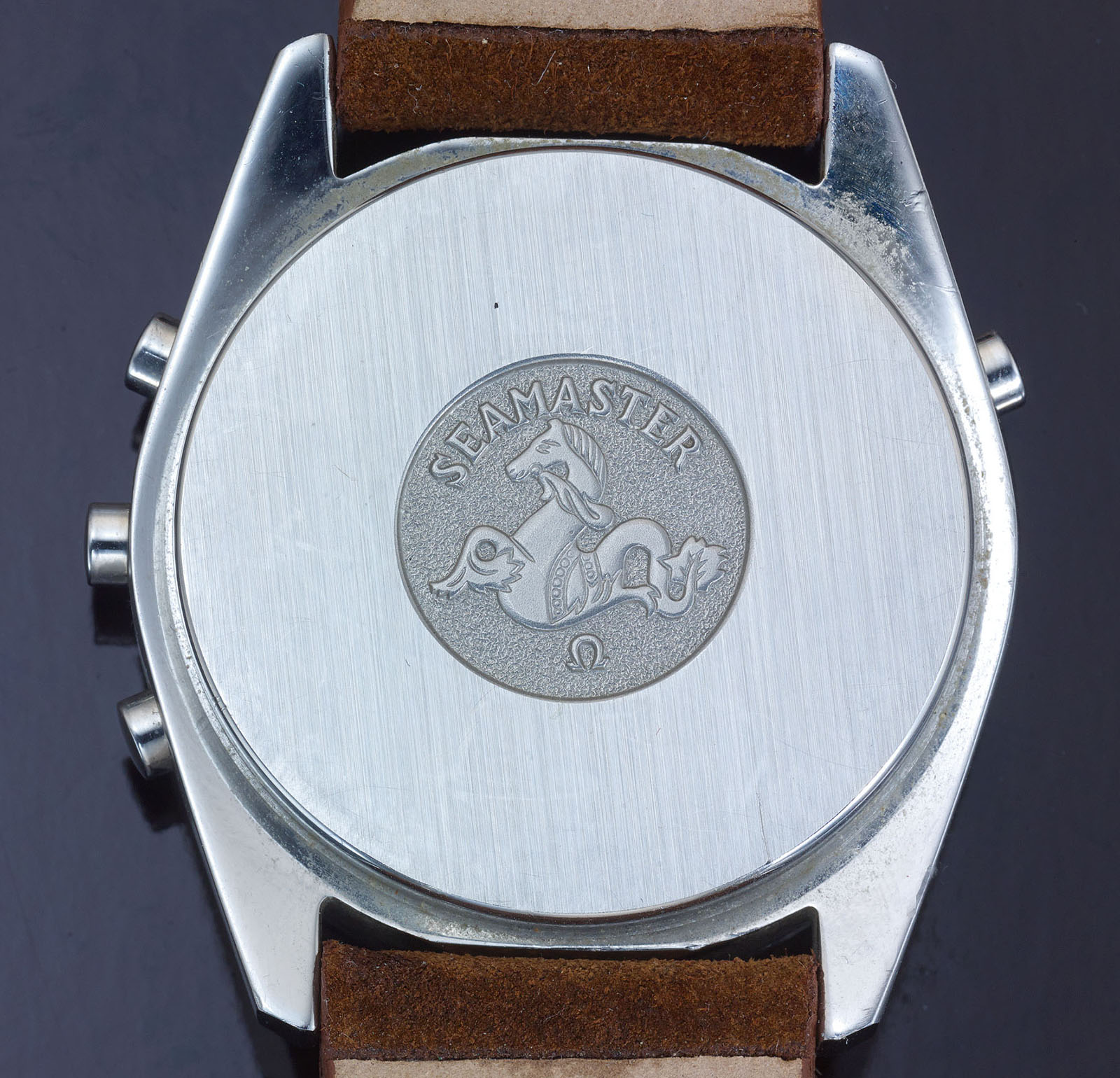 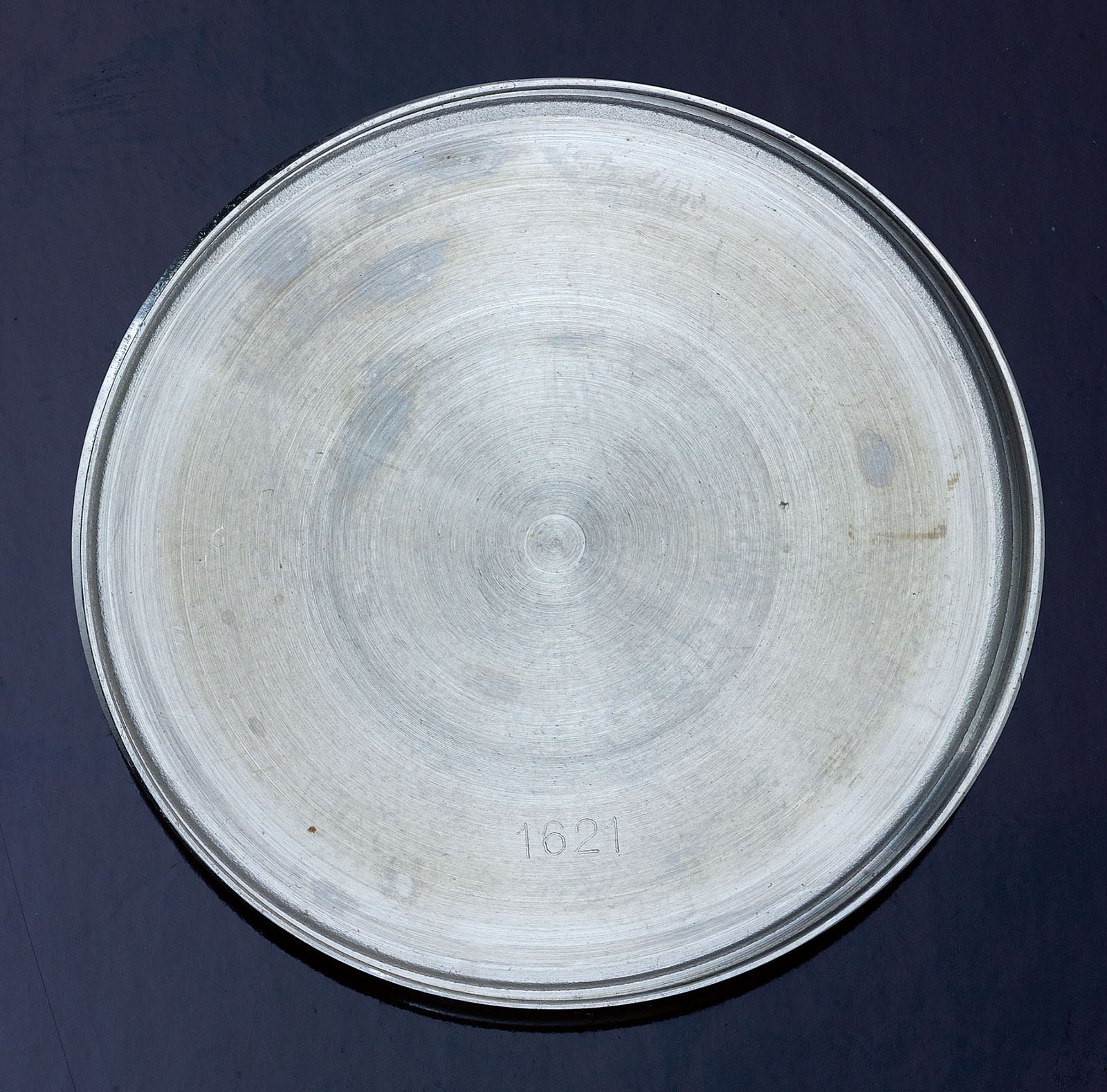 It’s a surprisingly small watch, just 36mm in diameter, though it shares the same “lyre” lugs as the Speedmaster Professional.

Inside is the Omega cal. 1621, a variant of the cal. 1620 found in commercially produced watches. What set it apart from the standard versions are the tritium tubes to permanently illuminate the dial, requiring a slightly thicker case. In contrast, the standard movement relied on a tiny bulb for backlight, as was convention for digital watches at the time. The preview exhibition is happening from now until July 18 at Sotheby’s New York. The live auction starts at 2pm on July 19, 2019.

Correction July 18, 2019: Lot 15 has a “DN90” bezel that is correct for the reference, and is not a later replacement as written in an earlier version of the story.