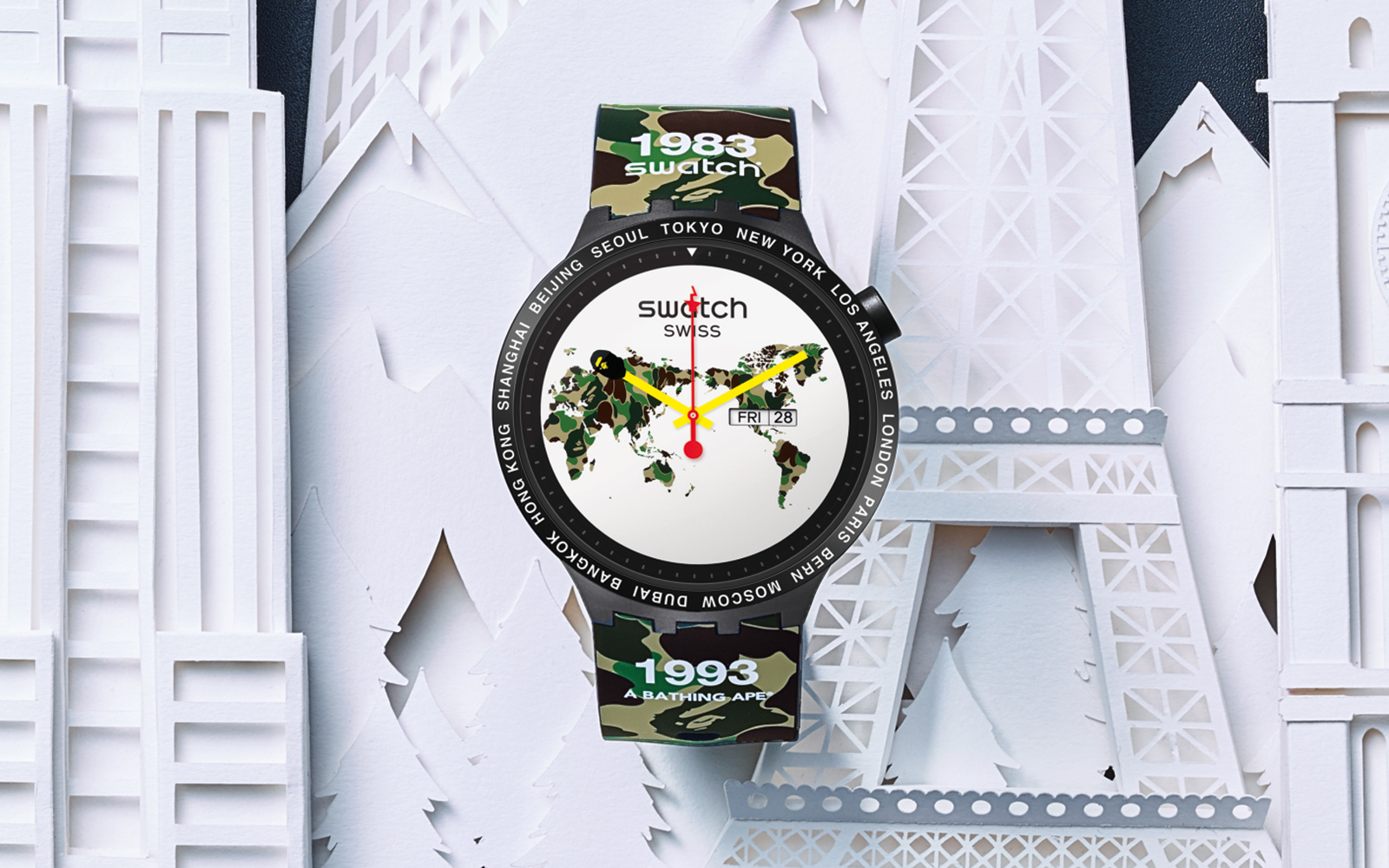 After having collaborated with watchmakers like Bell & Ross and Seiko  last year, Japanese streetwear label A Bathing Ape (BAPE), is teaming up with Swatch for a series of limited edition Big Bold watches.

The Swatch x BAPE collection is made up of six models – five dedicated to a different city and one “global” edition. The five cities are London, New York, Paris, Tokyo, and Bern – the actual capital of Switzerland, and not Zurich or Geneva. 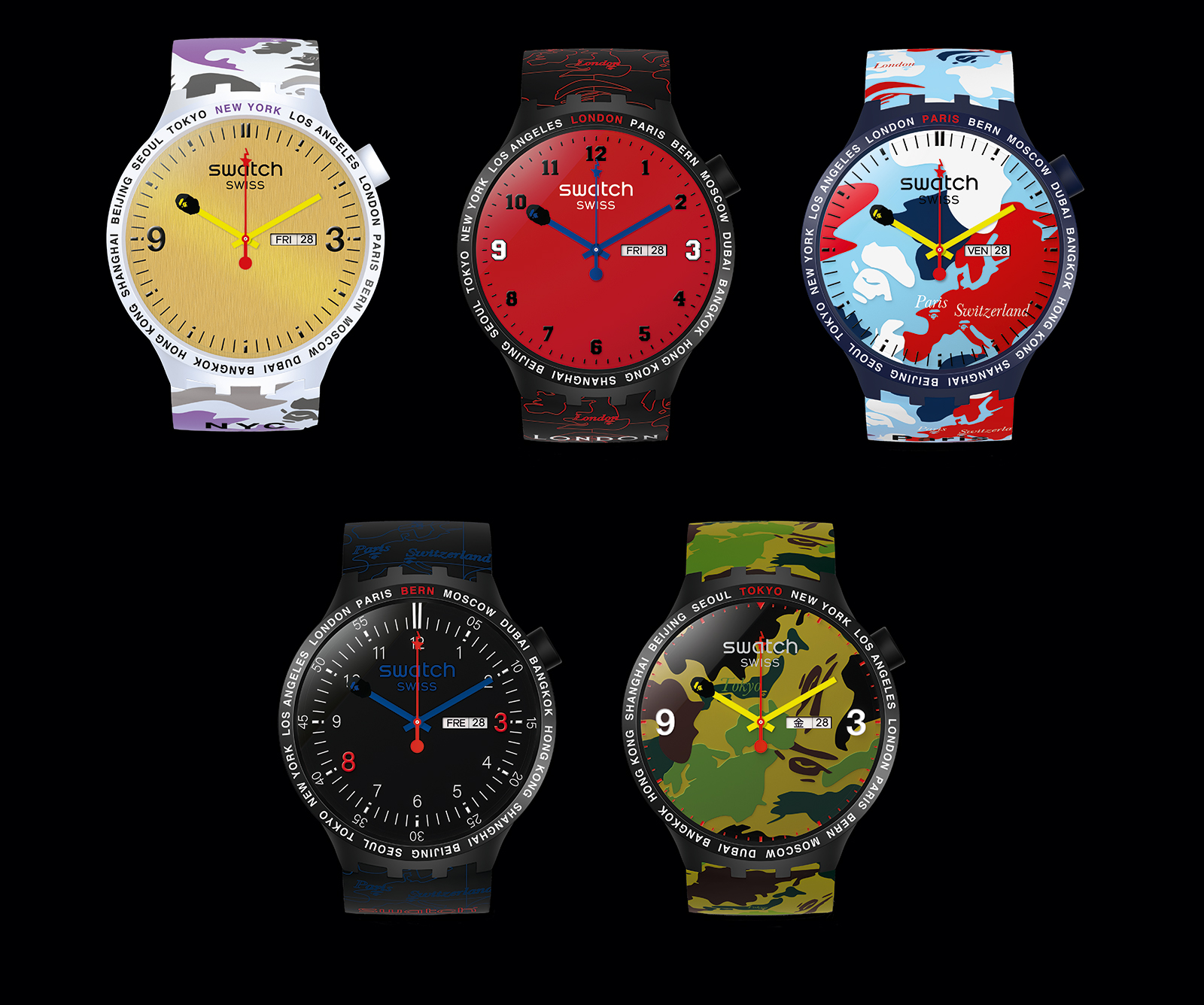 All six watches feature the signature BAPE camouflage motif on the dial or strap, along with the BAPE logo of an ape’s head. Notably, the camo pattern on the London, New York, Tokyo and Paris editions incorporate a world map into the camouflage. 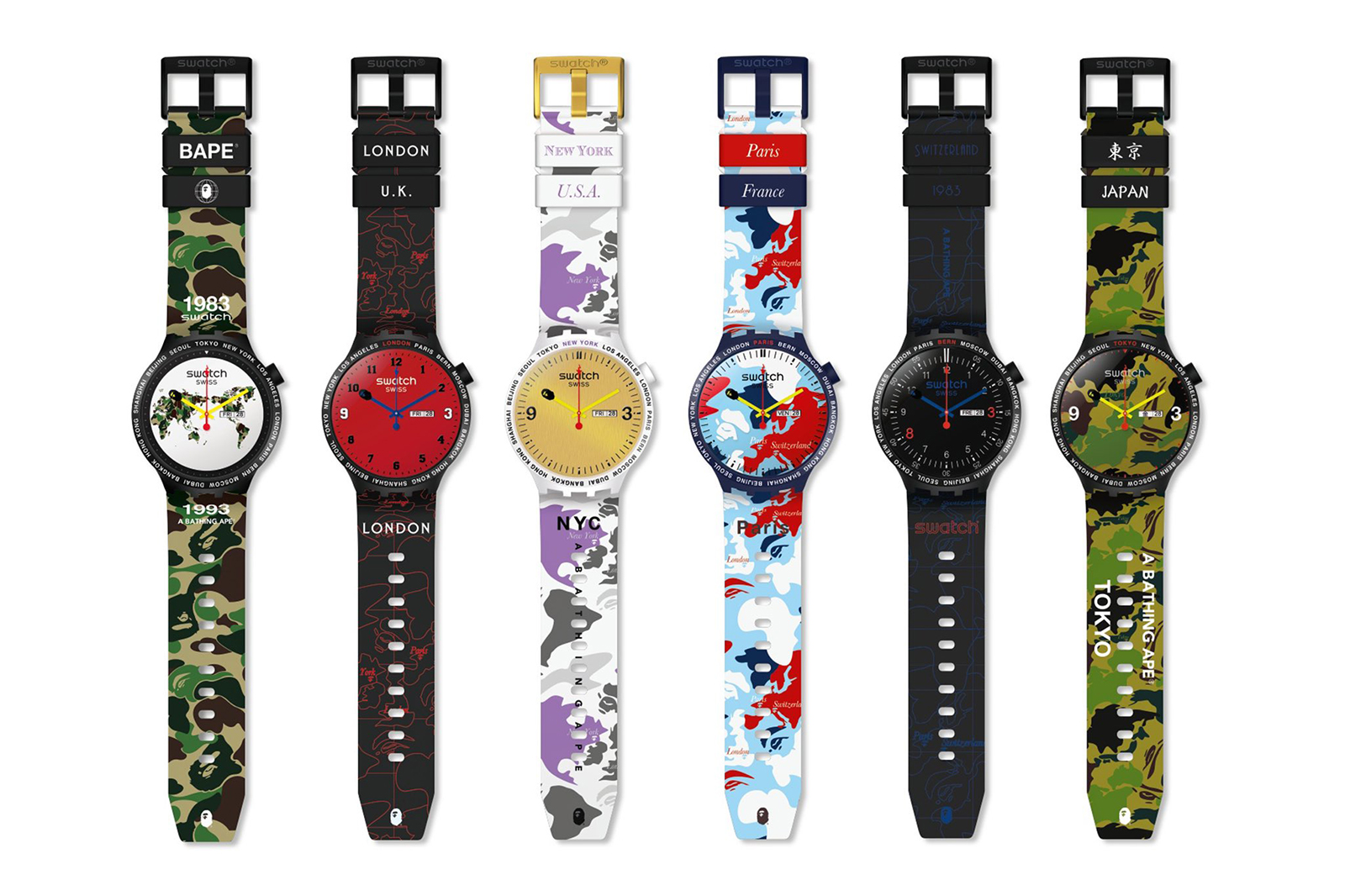 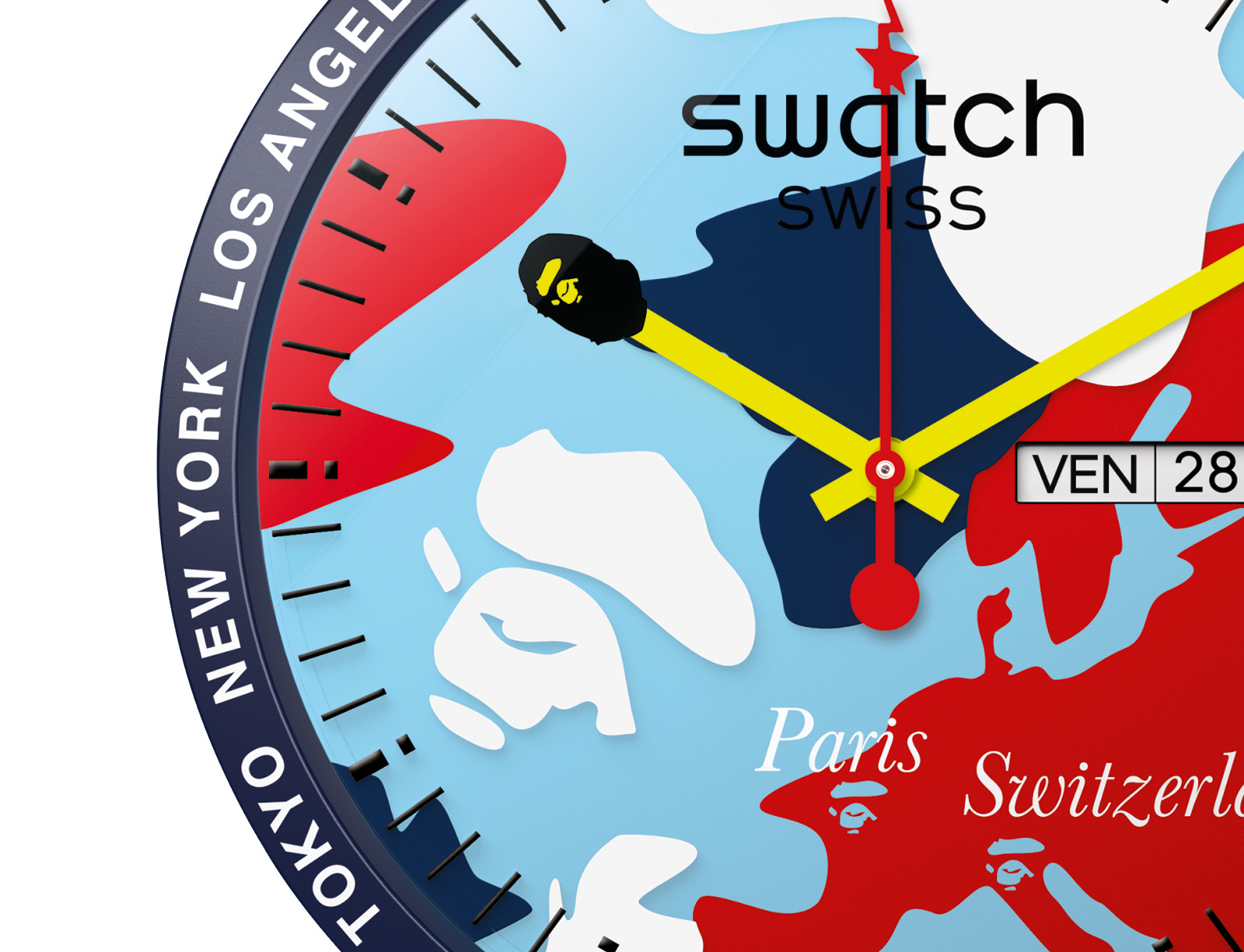 The hour hands are tipped with the BAPE logo, while the seconds hand is a lightning bolt

And three, eight and nine on some of the dials with hour numerals are highlighted in contrasting colours, a reference to 1993, the year that BAPE was founded, as well as 1983, when Swatch was established. 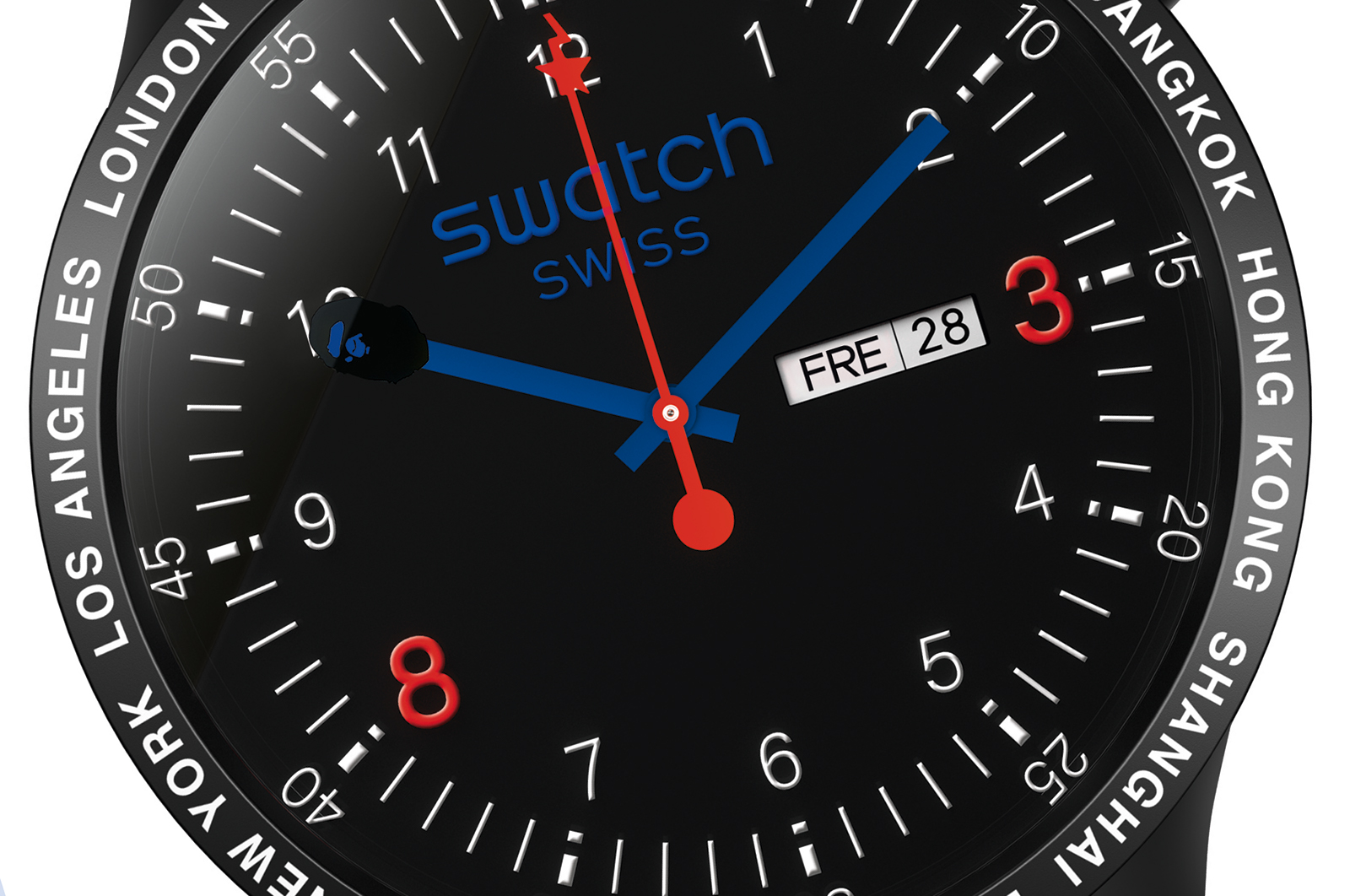 The Bern edition with “8” and “3” in red, a nod to the year of Swatch’s founding

The Big Bold watches are typical Swatch in construction, with a 47mm plastic case and a silicone strap. They are powered by quartz movements with a day and date function. 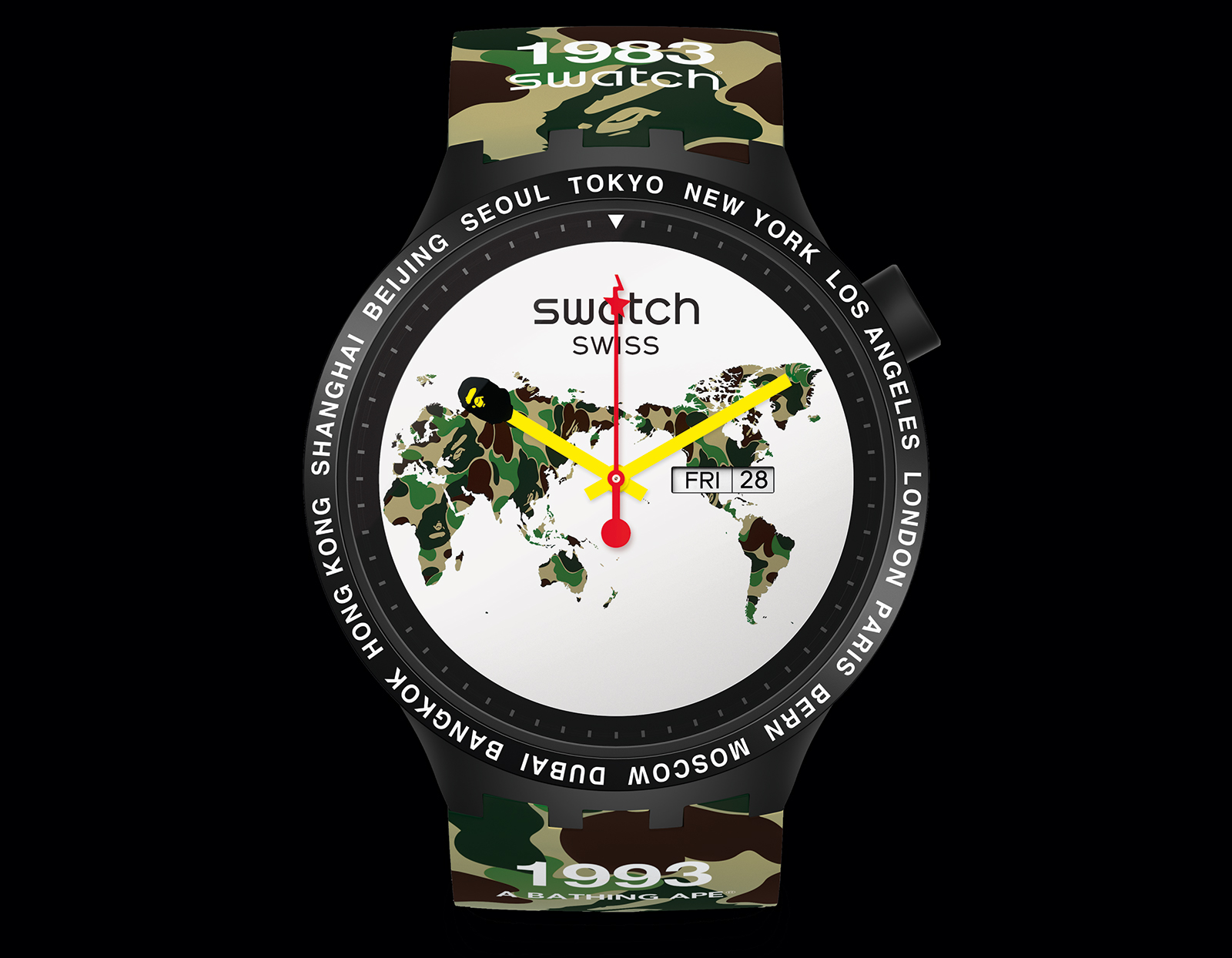 A box set containing all six watches, limited to just 83 sets, will also be available for 1,000 Swiss francs, or US$1,000. More information on the set will follow.