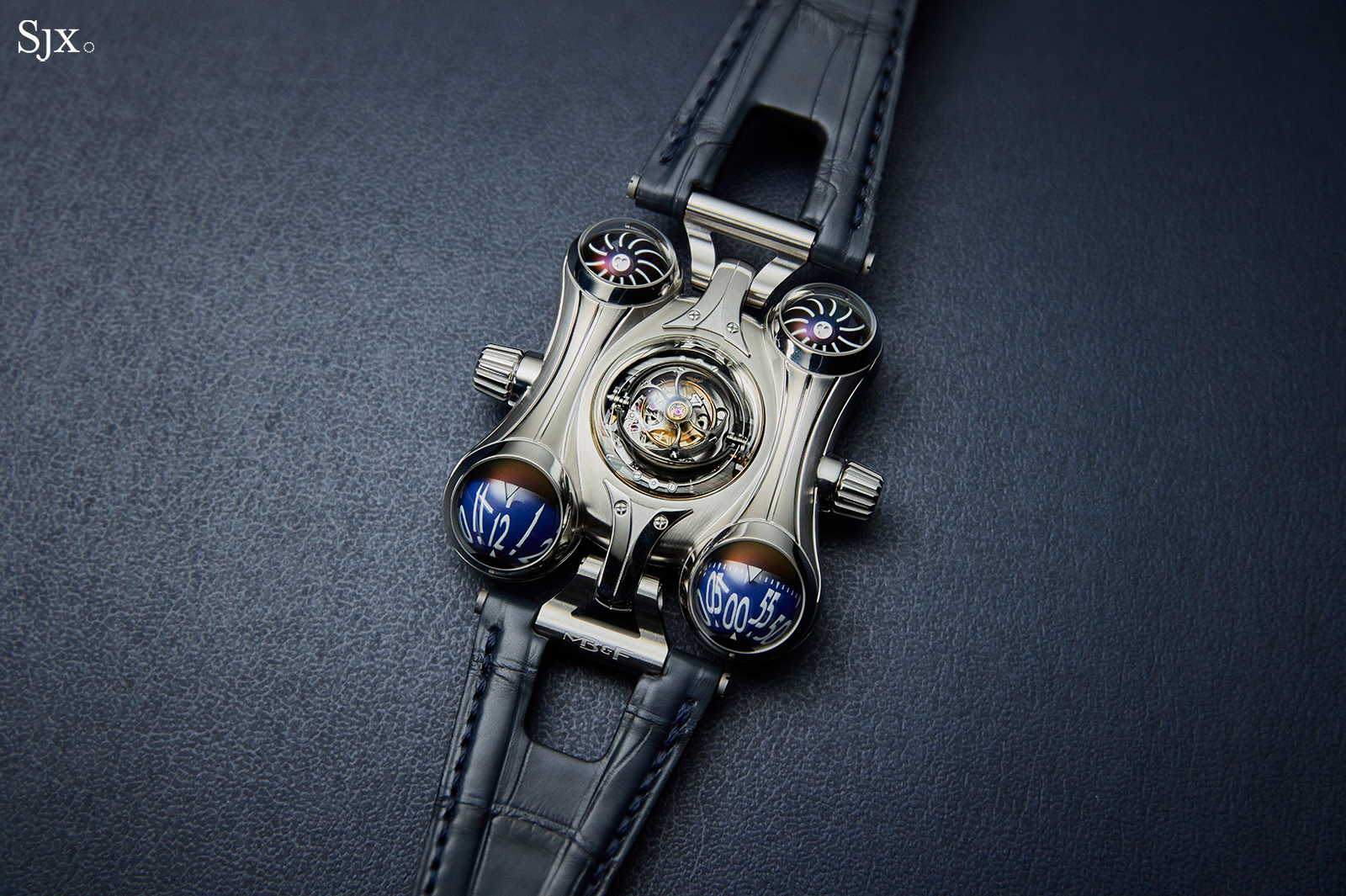 When a watch collection exits the stage at a major watch brand, it is usually a quiet affair, especially if the line wasn’t successful. The replacement is then announced with a lot of fanfare, and a small footnote in the accompanying press release about the recently departed.

MB&F, however, has made it a habit to celebrate the discontinuation of each of its “machines” with a final run in stainless steel (a practice that has become fashionable in Swiss watchmaking of late). At SIHH earlier this year, HM6 reached the run of its run, with the last eight of the 100 produced finally coming to market.

The HM6 Final Edition is in stainless steel, but the case material is not the only difference between it and the other HM6 variants, which were variously available in titanium and red gold.

Functionally the Final Edition is identical, with the hours and minutes indicated inside the two spheres on the lower half of the watch. The “turbines” in the spheres on the upper half are linked to the automatic winding mechanism, and help regulate the rate of winding according to MB&F.

But significant design changes were implemented in the Final Edition, making it the best looking of the HM6 series. 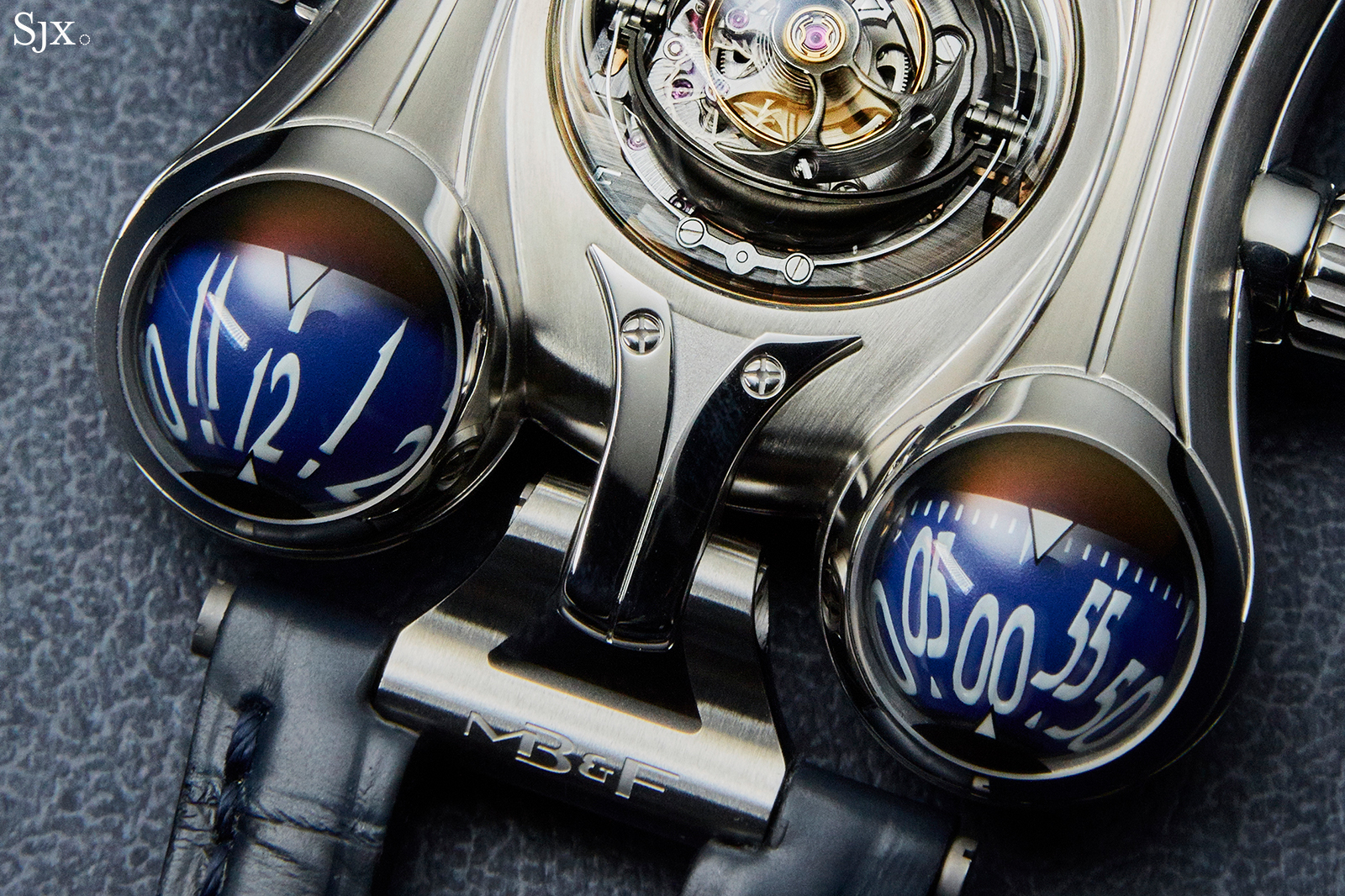 The most obvious tweak is the enlarged sapphire dome over the flying tourbillon, revealing a bit more of the mechanics below, giving the tourbillon a bit more visual impact. 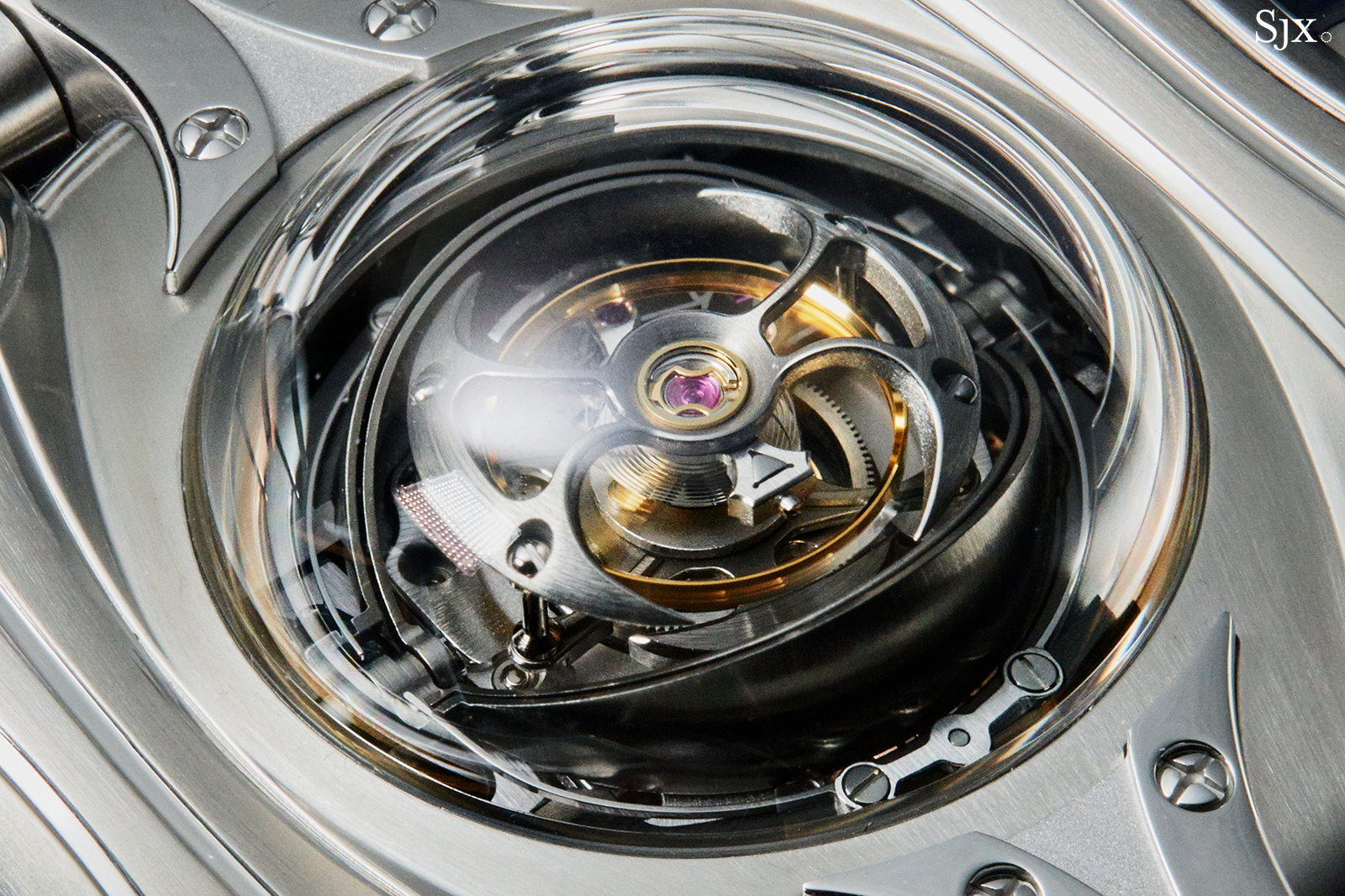 While the overall case shape of the Final Edition is identical to the earlier versions, the Final Edition case differs in details. It features fluting running lengthwise along the case, accentuating the rounded, organic form of the watch.

Notably, the fluting has a contrasting finish, with the grooves being mirror polished, while the case is finished with a linear brushing.

Similarly, the bridge linking the lugs to the case has been redesigned to echo the styling of the case. 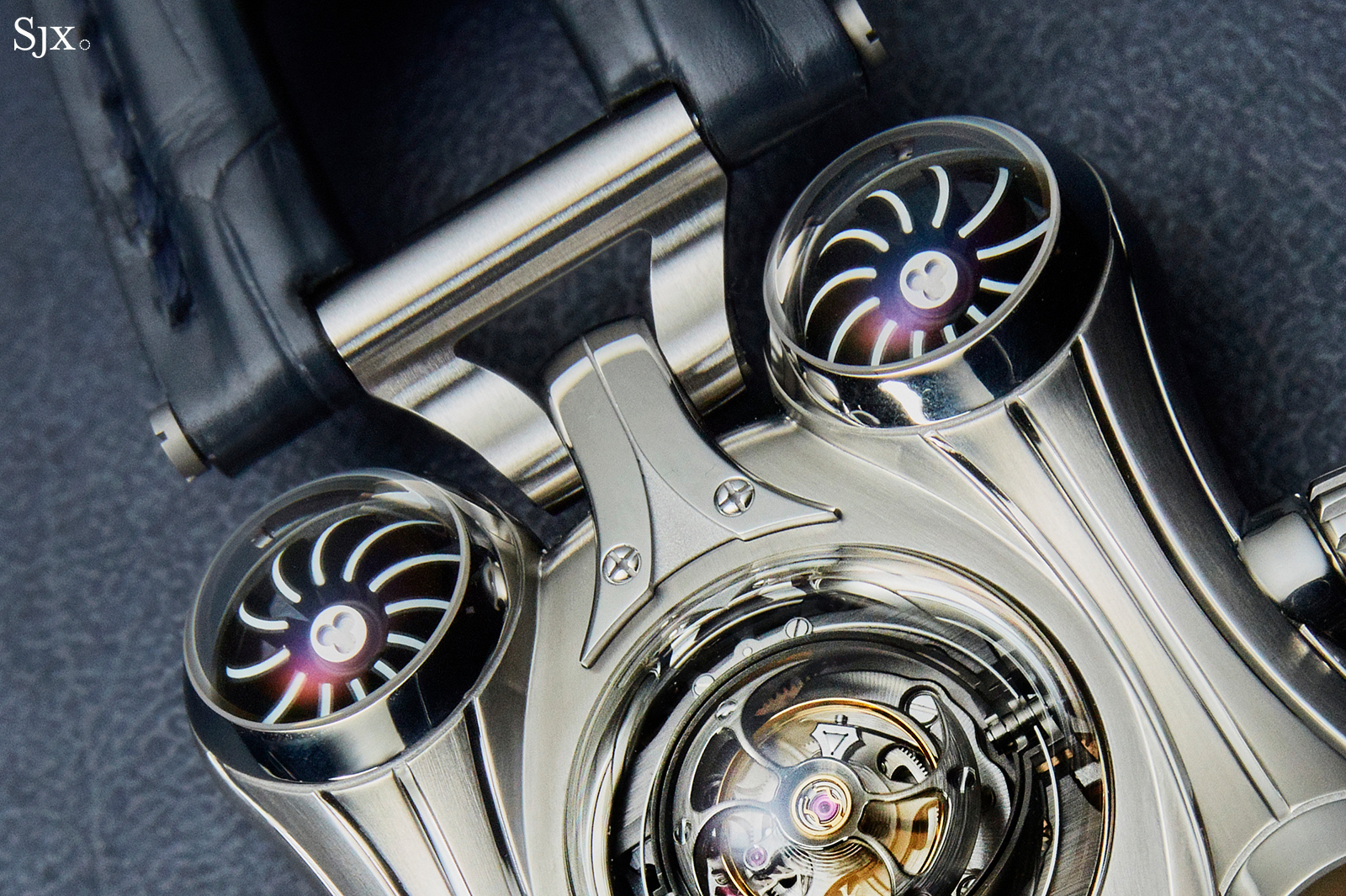 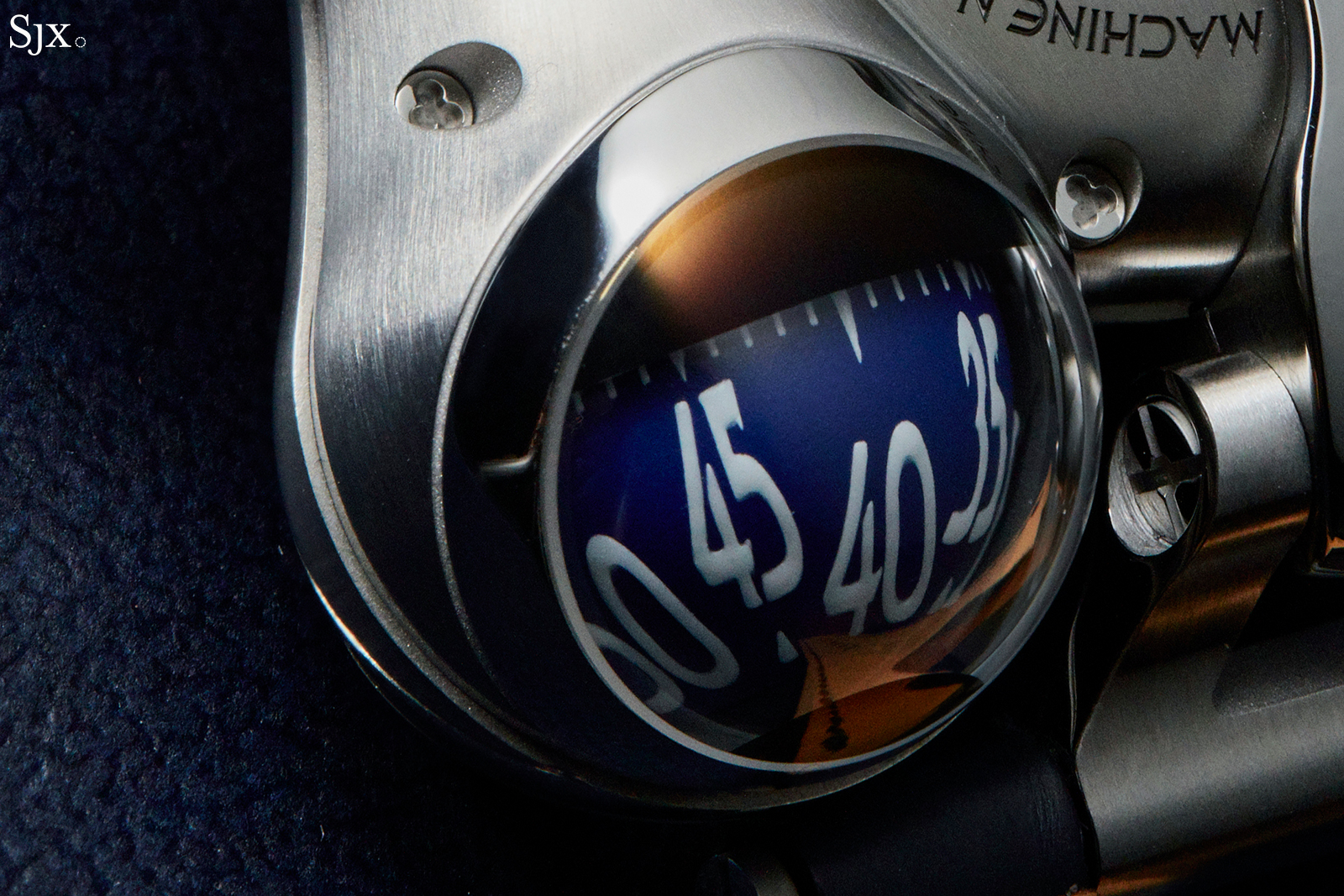 The time display spheres are in blue, instead of black as in the preceding models

The three-dimensional movement, conceived by David Candaux and realised with the help of other specialists, is the same as in previous iterations of the HM6.

The crown on the right of the case winds the movement, which has a 72 hour power reserve, while the crown on the left operates the shutter that closes over the tourbillon. 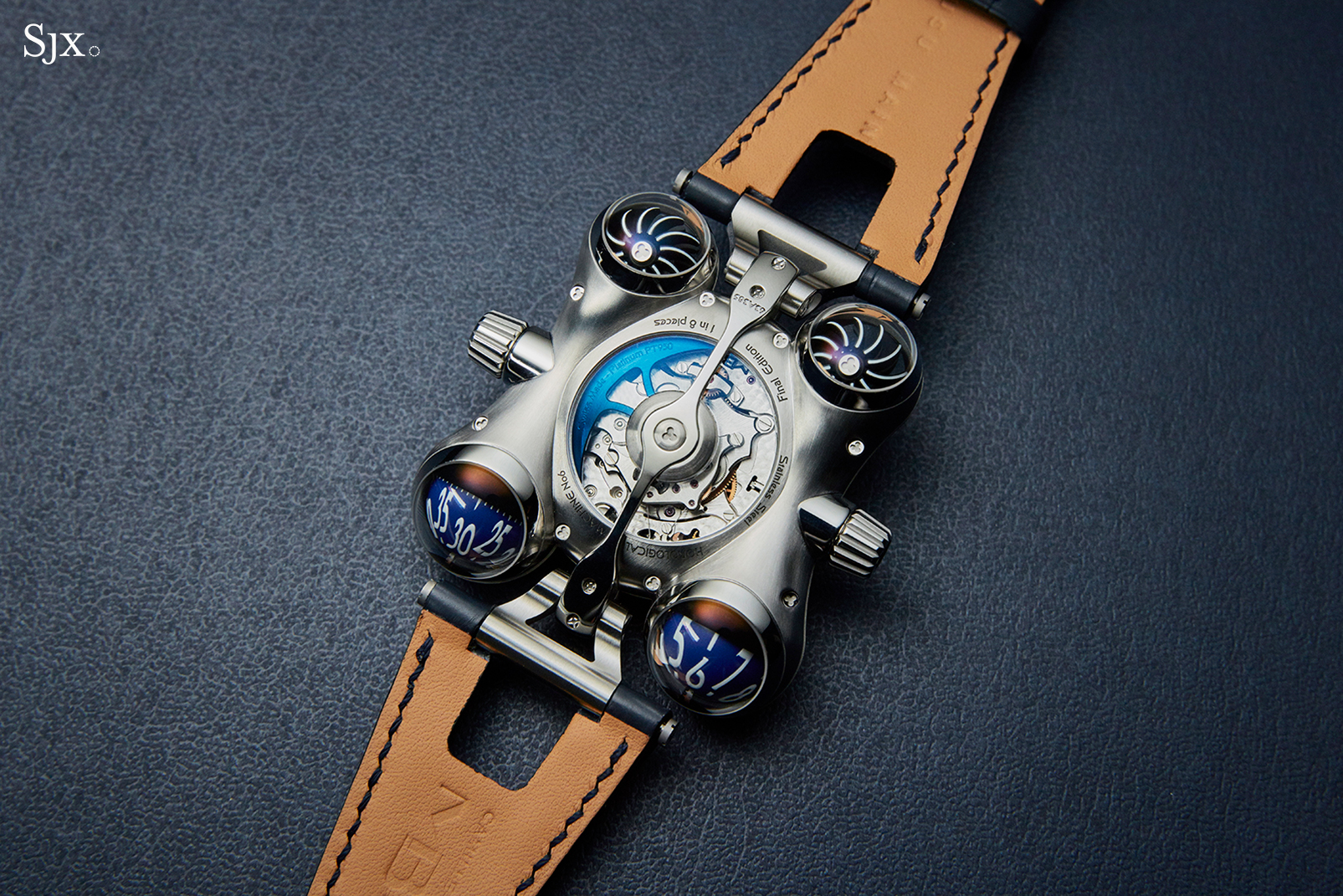 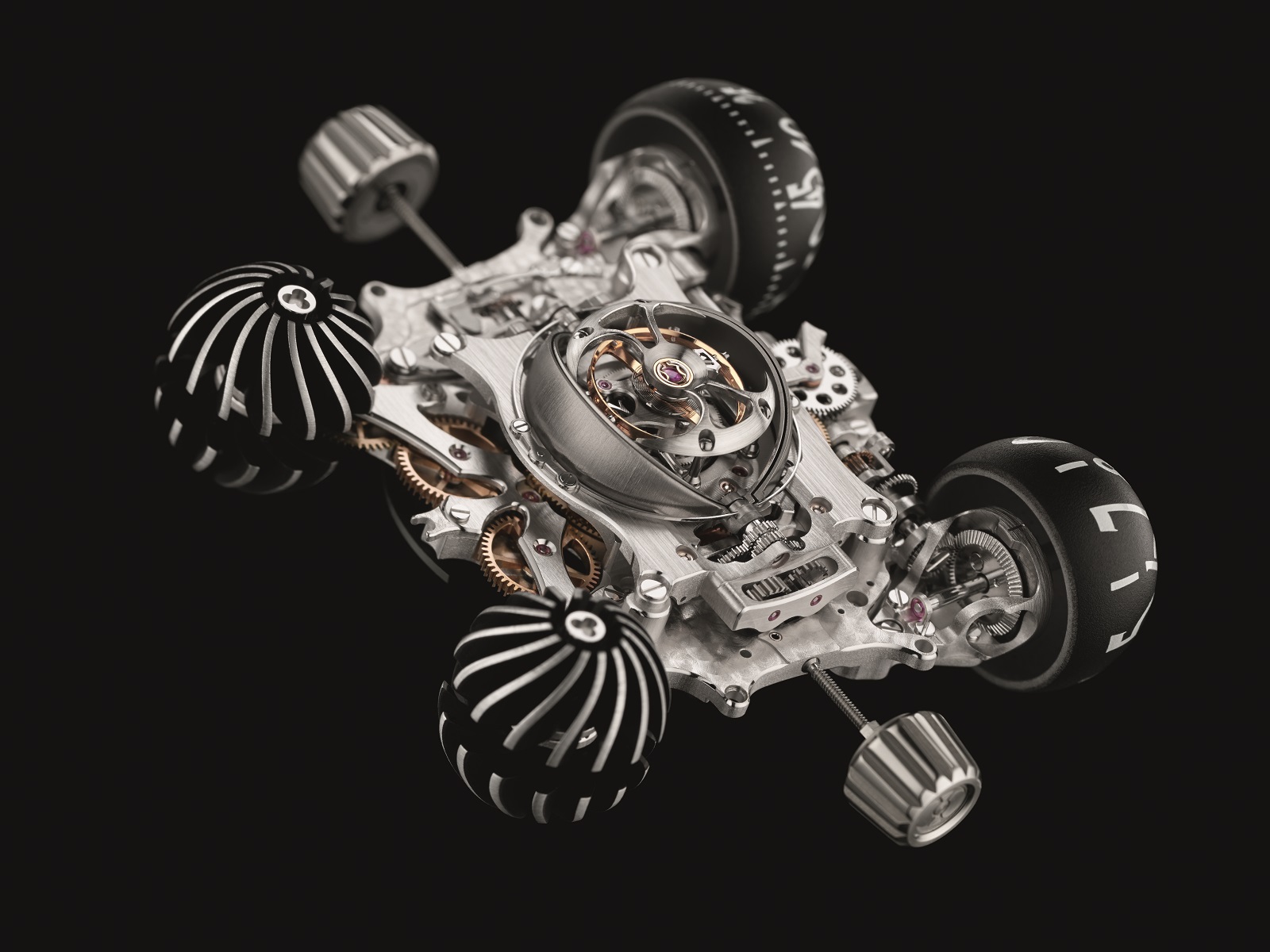 The dimensions of the piece remain the same as with earlier versions, so the case is 49.5mm wide, 52.3mm long and 20.4mm high.

Though it’s large, the steel case is relatively lightweight, while the hinged lugs help with fit on the wrist, making it relatively easy to wear. 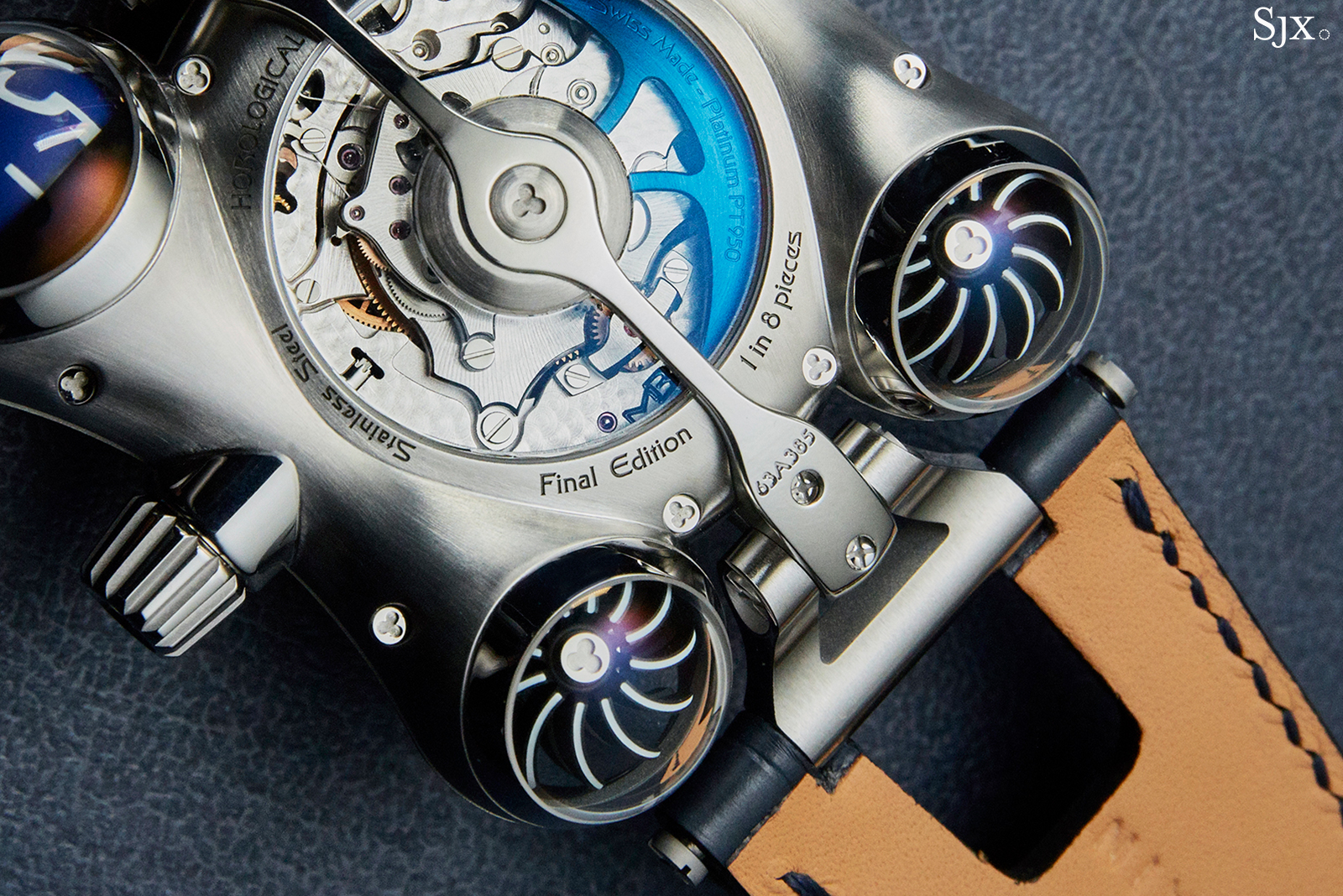 The Legacy Machine 1 takes its final bow in an 18-piece limited edition.