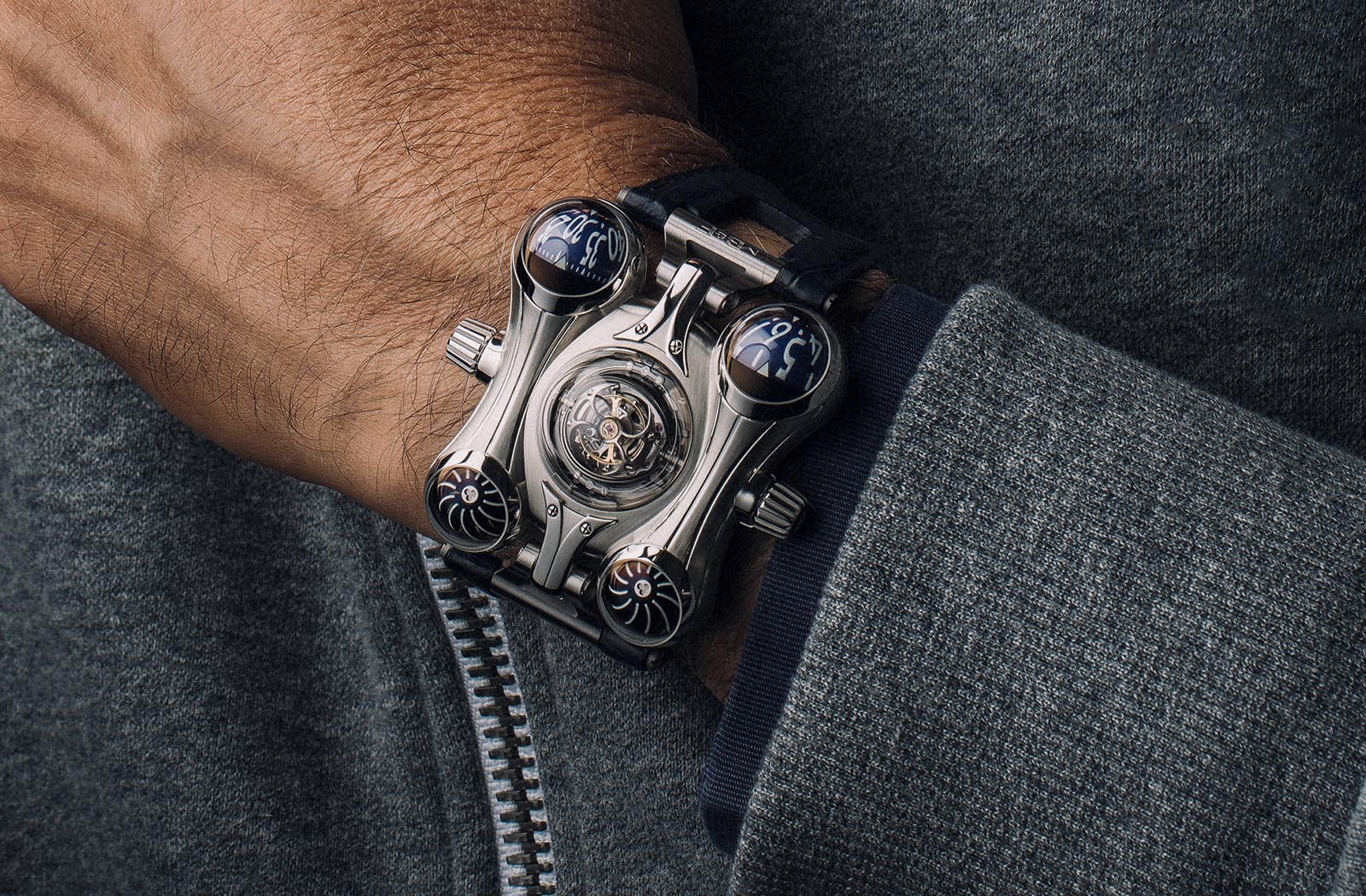 After four years, one of MB&F’s most provocative Horological Machines has now reached its end. Launched in 2014, the HM6 “Space Pirate” was a marked departure from the more angular forms of the brand’s earlier watches.

In a throwback to the HM1, the HM6 deconstructed the way movements are laid out, with a central section containing the train and flying tourbillon, with two spheres displaying the hours and minutes, and on the opposite end of the watch, a pair of turbines for the winding mechanism. The movement of the HM6 begs to be displayed, explaining sapphire case versions of the HM6, including the Alien Nation, which had a full sapphire case. A total of 92 HM6 watches have been produced to date, with the HM6 Final Edition numbering just eight watches.

As with the LM1 Final Edition, the HM6 will bow out in stainless steel case. Apart from the case material, the HM6 Final Edition also incorporates several features that distinguish it from the original.

The “biomorphic” case features polished grooves that run lengthwise along the case, accentuating its curves and form. Additionally, the hour and minute spheres are now in dark blue. The most striking difference, however, is the enlarged domed sapphire crystal in the centre, providing an even better view of the flying tourbillon. Everything else remains the same as the initial titanium version of the HM6.

The case measures 49.5mm by 52.3mm, and stands 20.4mm high. Inside is the 475-part HM6 calibre that relies on conical gears to turn the hour and minute spheres. It’s wound by a blue-coated platinum winding rotor regulated by twin aluminium turbines. The MB&F HM6 Final Edition is a limited edition of eight pieces and priced at SFr210,000.