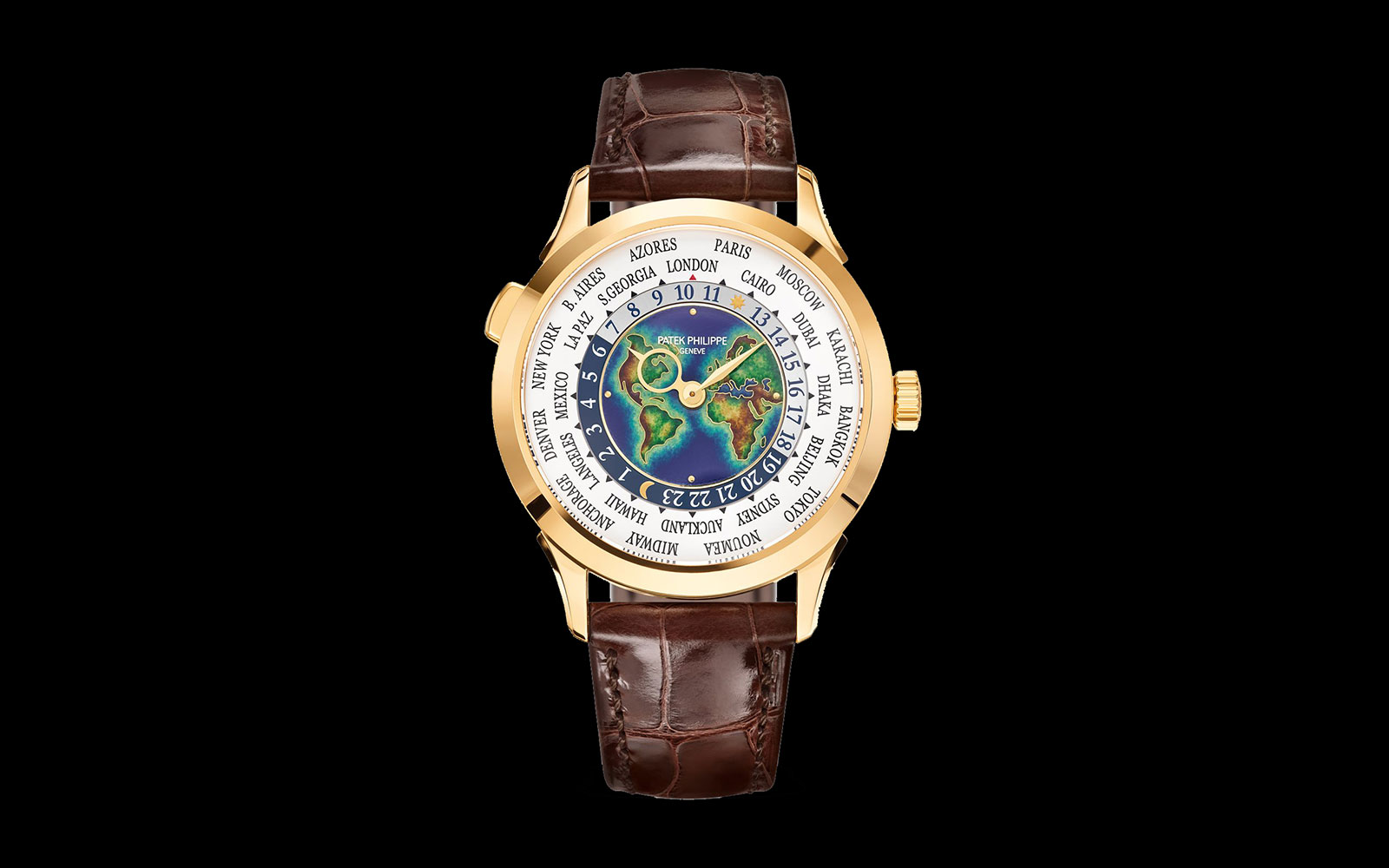 The current generation Patek Philippe world time, the ref. 5230, was launched in 2016 but only now gets the “Rare Handcrafts” treatment of a cloisonné enamel dial, creating the ref. 5231J.

Eminently classical in styling and materials, the ref. 5231J has a yellow gold case and a cloisonné enamel dial that depicts a stylised map of Europe, Africa and the Americas, exactly as it was on its predecessor, the ref. 5131J. The cloisonné dial on the new model does seem to be slightly more detailed than on the ref. 5131J, with a greater nuance of colour and more intricate outlines of the continents. The cloisonne world time has the same case as its ref. 5230 siblings, which means 38.5mm case that’s 10.23mm high and distinguished by “winglet” lugs, a feature drawn from vintage Patek Philippe world time watches of the 1940s, notably the double-crown ref. 2523. It’s powered by the cal. 240 HU, the same movement that’s been in the modern day world time since it was introduced as the ref. 5110 in 2000. The button at 10 o’clock simultaneously advances the hour hand, 24-hour ring and cities disc – the typical function of a Louis Cottier-type world time.