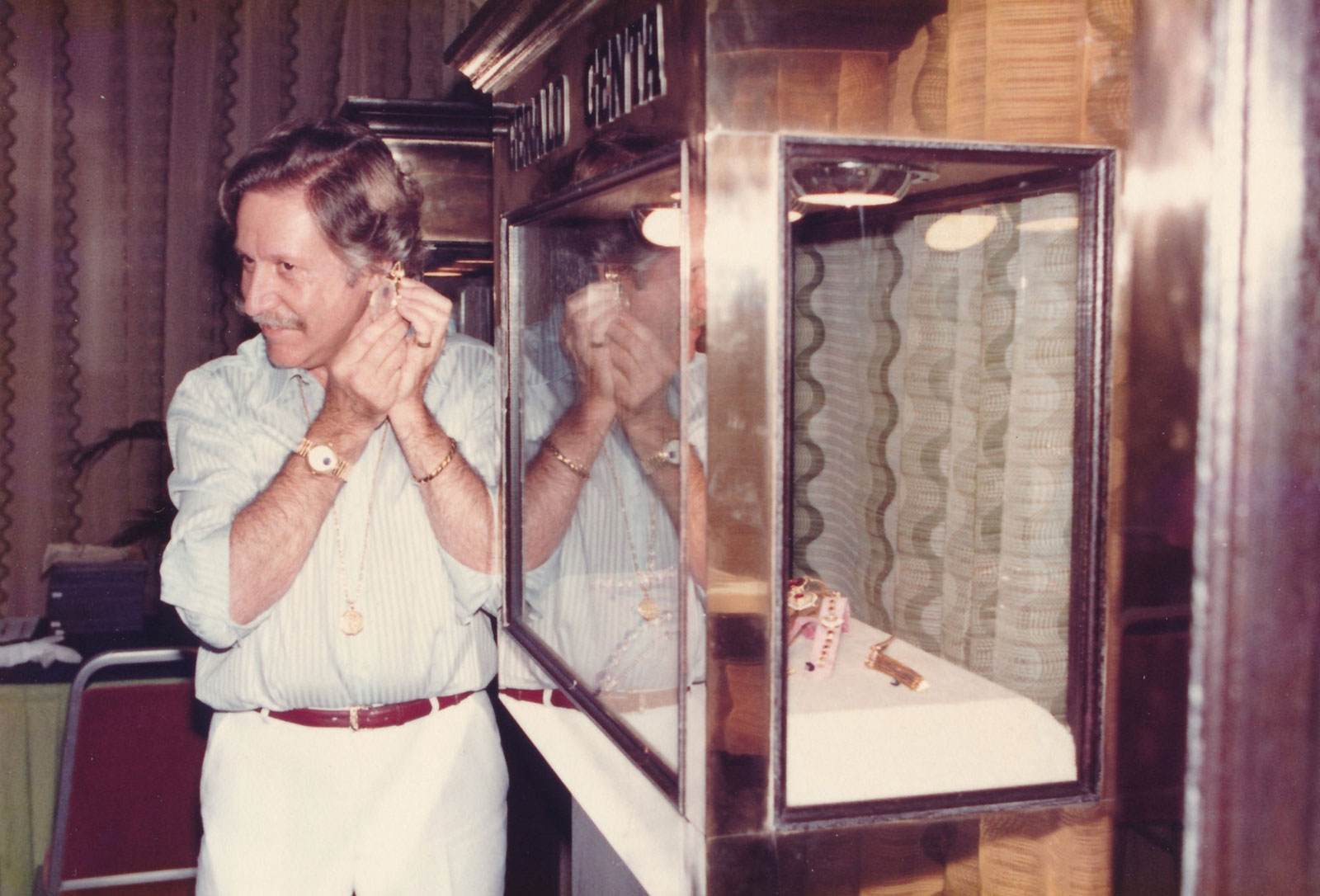 A week ago Singapore watch retailer The Hour Glass broke the news about the establishment of the Gérald Genta Heritage Association, dedicated to preserving and promoting the works of the late Gerald Genta, one of the most important watch designers of the 20th century.

Set up by his wife Evelyne Genta, now the ambassador of Monaco to the United Kingdom, the association is not only about reminding the world of Genta’s works, but also aims to “to encourage and reward promising young talent”.

Genta himself was once a promising young talent, who soon became an industry giant. He was born in Geneva in 1931, and trained as a jeweller.

Amongst his earliest works were the Universal Geneve Polerouter designed in 1954 – when he was just 23 years old – and the Omega Constellation that came five years later. One of the most notable creations of his found on the Constellation were the black onyx inlays on the hands and hour markers, which later become so common on watches of the period as to be almost generic. Evelyne and Gerald Genta during a visit to Singapore in 1993. Photo – The Hour Glass

But his most important creations arrived after he set up his own design studio in 1969. First was the Audemars Piguet Royal Oak that made its debut in 1972, and then the Patek Philippe Nautilus of 1976, famously sketched on a napkin. Both were steel luxury sports watches that redefined not just watch designer, but also water-resistant case construction and the integral bracelet attachment. Although Genta would enjoy greater commercial success with his own brand in the subsequent decades, the Royal Oak and Nautilus are widely considered to be his most important creations; in fact, the two count amongst the most important wristwatch designs ever.

By the 1980s the Gerald Genta company was one of the world’s most avant-garde watchmakers, claiming the first ever bronze watch case with the Gefica Safari of 1984, as well as a diverse line of high-end watches featuring Disney characters that were a smash hit.

Thanks to the patronage of the world’s biggest watch collectors of the day, particularly the royal family of oil-rich Brunei, the firm developed a slew of highly complicated, in-house movements, including the world’s thinnest minute repeater in 1981 (with the same movement still being used by Bulgari today), as well as various tourbillon movements. So comprehensive was Gerald Genta’s catalogue of movements that when Cartier ventured into complicated watchmaking in the 1980s, it turned to Gerald Genta for movements. But the piece de resistance came in 1995 when Gerald Genta unveiled the Grande Sonnerie, at the time the most complicated wristwatch ever. With a movement made up of over 1000 parts, the watch featured a grande et petite sonnerie with Westminster chimes on four gongs, perpetual calendar, power reserve indicator, and tourbillon regulator.

At its peak Gerald Genta had some 250 employees, with two facilities, in Geneva and Le Brassus. In 1996, Genta sold a majority in the company to The Hour Glass, then the largest retailer of the brand. Gerald Genta grew even further, particularly with the bestselling retrograde models, which accounted for some 80% of output by the late 1990s. But the Asian financial crisis of 1997 compelled The Hour Glass to sell the company (along with Daniel Roth, which it also owned) to Bulgari in 2000.

But Genta continued his work, and in 2001 he set up Gerald Charles, after his first and middle names. He continued to design watches until 2001, when he passed away at the age of 80. Having conceived of the idea in 2018, Ms Genta announced the association in January, at the same time as SIHH 2019. The association is advised by a committee of watchmaking luminaries, ranging from Audemars Piguet chief executive Francois-Henri Bennahmias to Alain-Dominique Perrin, the former president of Cartier. More on the association’s plans will be revealed in 2019. In the mean time its website provides more background on the life and work of Genta.

Correction February 10, 2019: The Gerald Genta manufacture in the Vallee de Joux was in Le Brassus, and not Le Sentier as stated in an earlier version of the article.

An fascinating interview with Gerald Genta