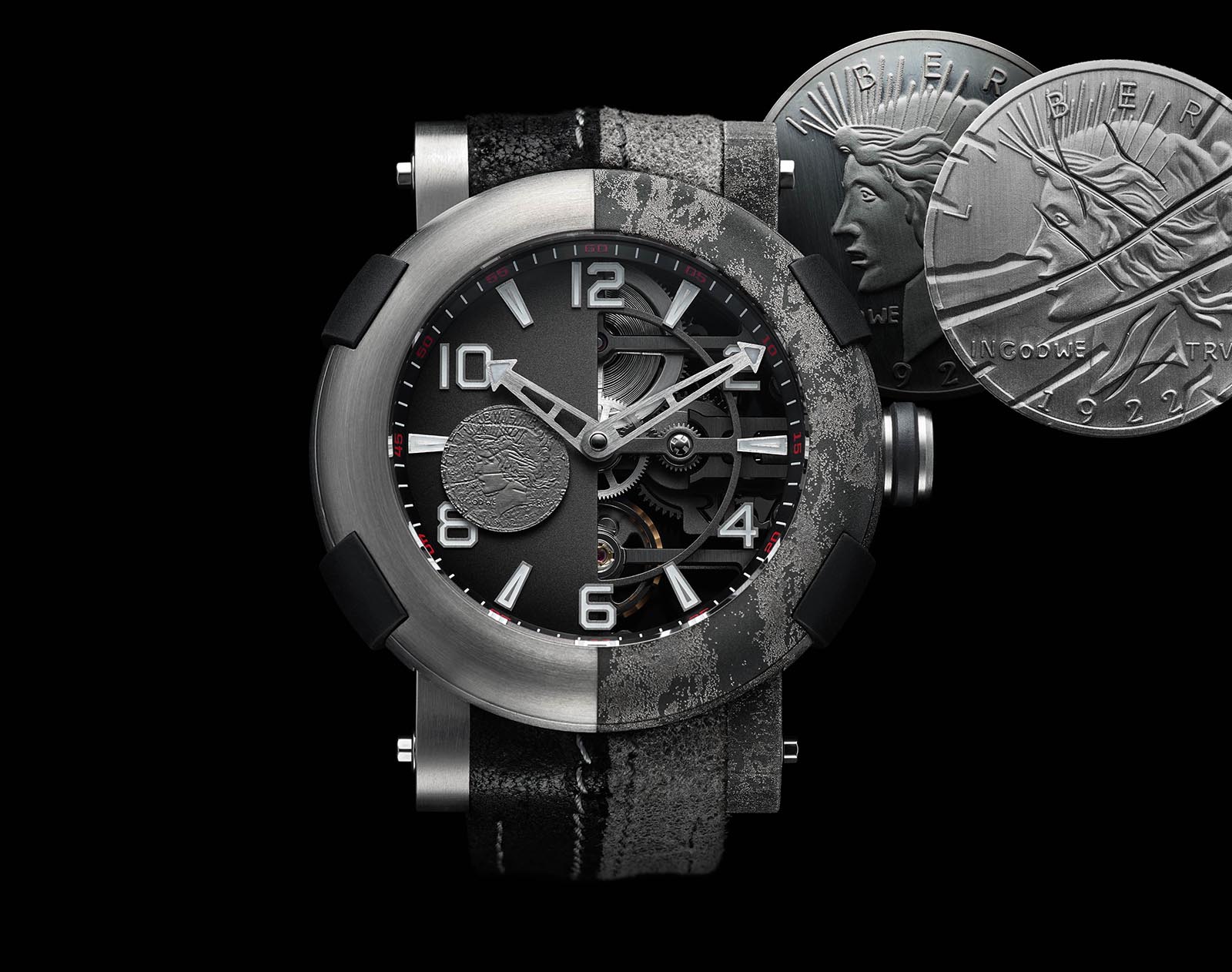 RJ, formerly known as Romain Jerome, has made a specialty of sometimes startling and usually nostalgic watches incorporating pop culture icons, ranging from the retro Pac-Man and Super Mario to the contemporary favourites like as Pokémon and Hello Kitty. The brand has even partnered comic book arch-rivals Marvel and DC Comics to put both superheroes like Spiderman and Batman on its watch dials.

Now, in the lead-up to SIHH 2019, RJ turns instead to the DC Comics super-villain, the acid-scarred Two-face (and also the “Clown Prince of Crime”, the Joker). The Arraw Two-Face is a literal interpretation of the character who was Gotham’s former District Attorney, Harvey Dent, and his deformed alter ego, with the watch separated into two halves right down the middle. The Arraw watch case, with its distinctive quartet of rubber bumpers on the case sides, is a massive 45mm in diameter. It’s made of titanium and features a wide, rounded bezel.

But to echo Harvey Dent’s disfigured face, the right side of the case has been distressed with laser engraving, creating an irregular surface finish, while the left of the case is satin brushed. Similarly, the right side of the dial has been removed, exposing the skeleton movement, standing in contrast to the left, which retains a clean, black dial. Another Two-Face touch is the rotating coin that functions as a constant seconds hand, a reference to Two-Face’s famous coin. The rubber-lined, calf leather strap is made of two piece of hide joined lengthwise, continuing the duality of the case. It can easily be swapped using the quick release buttons bearing the Batman logo on the side of the lugs.

Inside the two-faced case is the hand-wound, skeletonised RJ004-M, produced by movement specialist La Joux-Perret, owned by Citizen of Japan. The elongated, curved click spring for the winding mechanism is a signature feature of the La Joux-Perret calibre.

Visible through the case back – and having a uniform finish throughout – the movement is laid out vertically, with the skeletonised barrel at 12 o’clock and balance wheel at six. It runs at 28,800 beats per hour, or 4Hz, and has a 48-hour power reserve. The inevitable, as the pervasive cartoon cat makes it to the dial of a high-end wristwatch.