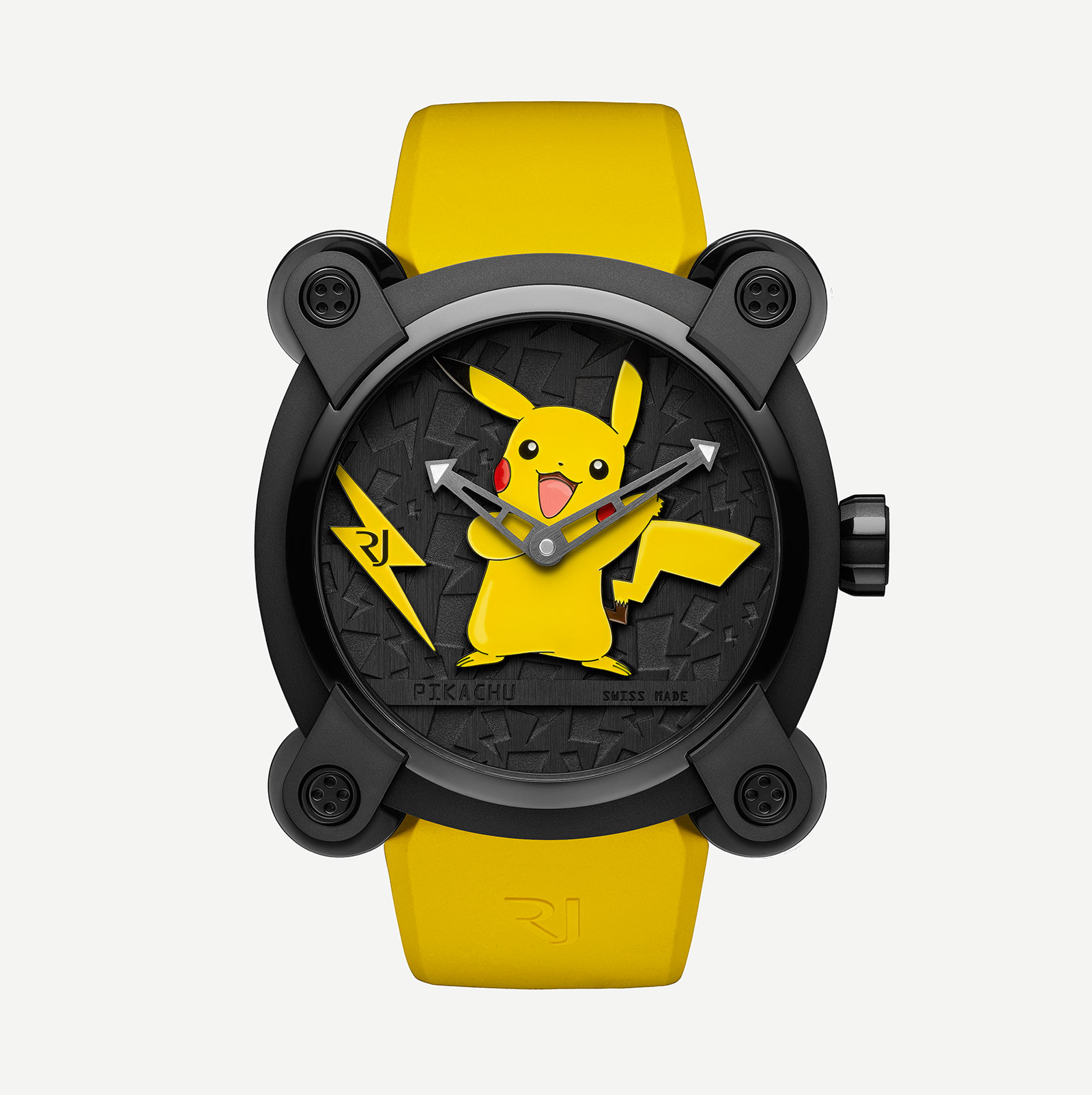 The latest pop culture icon to make it to a Romain Jerome wristwatch – after Super Mario and Batman – is Pokémon.

Depicted on an applied metal inlay covered in bright and glossy hand-painted lacquer, the Pikachu sits on a dial engraved with a lightning pattern, a reference to the fact that the creature has some sort of electrical super power.

Made of titanium with a black diamond-like carbon (DLC) coating, the case is 46mm in diameter with four swivelling feet at each corner, the characteristic style of the Romain Jerome Moon Invader watch case that’s inspired by a lunar lander. The RJ x Pokémon watch is a limited edition of 20 pieces, priced at US$20,000. It is already in stores but only available at Romain Jerome retailers in Europe, the Americas and the Middle East.

Inspired by the Dark Knight, Introducing the Romain Jerome Spacecraft Batman (with Pricing)

Romain Jerome and DC Comics join forces to unveil the Spacecraft Batman, a wristwatch inspired by the "Tumbler" Batmobile.