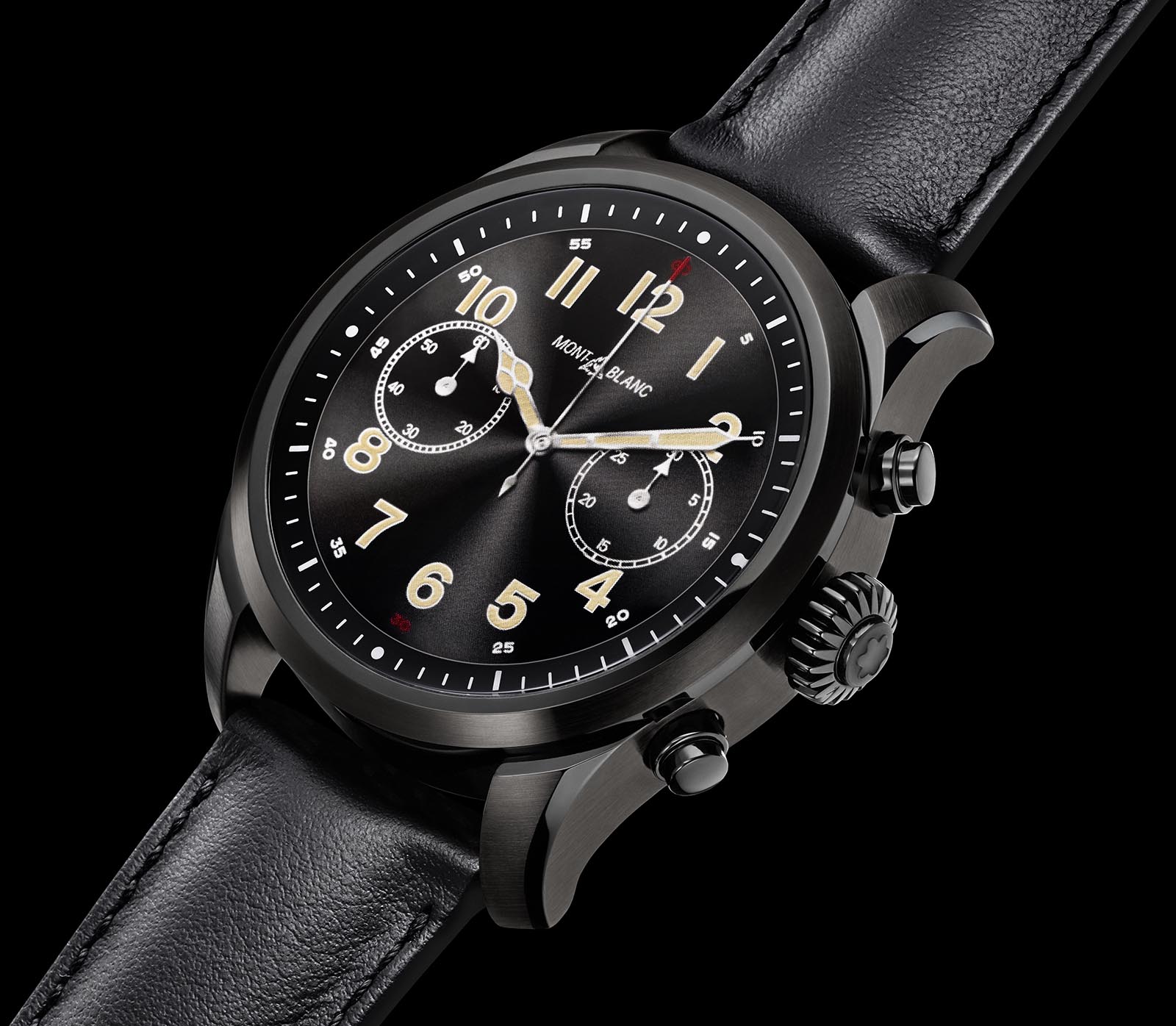 The arrival of smartwatches has elicited both novel and palatable responses from luxury watch brands. An early entrant in 2015 was Montblanc, which debuted the e-Strap, offering a dose of connectivity in the clasp of a mechanical watch. The brand then introduced an actual, full-fledged connected watch last year, the Summit.

The original Summit was a large smartwatch, in a 46mm case that contained the Qualcomm Snapdragon Wear 2100 processor running on Android Wear 2.0. Now the Qualcomm chip is two years old, and as such things go in mobile tech, it’s almost ancient. So Montblanc has just unveiled the Summit 2, the first luxury smartwatch powered by the recently launched Snapdragon Wear 3100.

With the new chipset, the watch has a full day of battery life in smartwatch mode, but can also be run in time-only mode that gives it an extended battery life of up to three to five days. But beyond the hardware inside, the Summit 2 is a more wearable watch. The real point of departure is its size, which is a more wearable 42mm. That makes the Summit 2 significantly smaller than its predecessor, though the watch is thicker at 14.4mm. The case is available in stainless steel, black DLC-coated steel, two-tone steel and gold, as well as titanium, combined with some 11 strap options including calfskin, steel “Milanese” mesh, rubber and nylon.

The Summit 2 has a 1.2 inch, 390 x 390 pixel display covered by a slightly domed sapphire crystal. And like all upscale smartwatches, it offers a variety of dials modelled on the brand’s most popular mechanical men’s watches like the 1858, but also lady’s timepieces like the Bohème Date and Bohème Classic. And it’s now equipped with two pushers in addition to the crown, all of which can be used to adjust settings without touching the screen, giving it an interface similar to an old school watch. The Summit 2 has all the usual smartwatch functions, including Google Pay. But it also features several custom apps developed by Montblanc.

As one might expect from a brand that also makes bags and luggage, travel is an important theme in the functions of the Summit 2. Amongst its apps include the “Timeshifter”, which provides advice to minimise jet lag, personalised according to the wearer’s sleep pattern and flights. Another is “Travel Info” that boasts a geolocation function to suggest local restaurants, hotels and so on. The Summit 2 even has a voice-activated translator that offers real-time translations. Another key feature is Montblanc Running Coach, a fitness app that tracks exercise and health. It can also generate a training plan catered to the wearer’s fitness goals. Crucially, the app incorporates a GPS function for tracking running routes. With Montblanc’s former chief executive, and now the boss of Richemont, Jerome Lambert, known to be a fitness fanatic who even leads his staff on intense runs, the utility of its fitness app is hardly a surprise. The Montblanc Summit 2 starts from €970, or S$1495, for the base model that has a stainless steel case and leather strap. It rises to €1200, or S$1875, for the model with a DLC case and matching black-coated Milanese bracelet.

Running Android but styled like a traditional wristwatch, with the 1858 as inspiration no less.