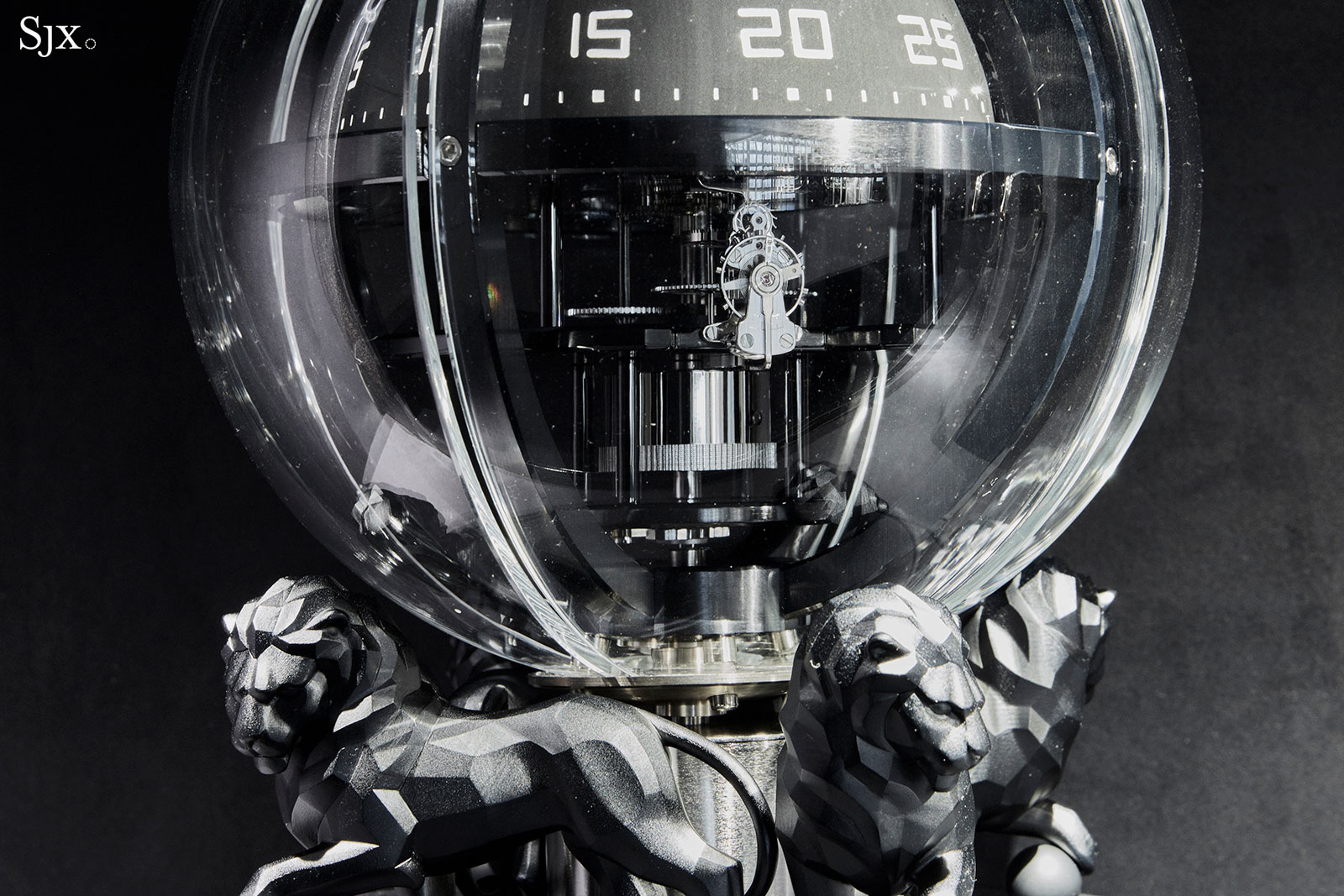 The biggest surprise from Chanel this year was the Chronosphere Clock, an imposing desk clock that was designed by the Parisian house but developed and manufactured by clockmaker L’Epee 1839, best known for building the sci-fi clocks of MB&F.

As is the case with Chanel wristwatches, the Chronosphere Clock reflect’s the brand’s distinct style and its uncanny ability to produce resolutely contemporary designs that incorporate historical nods and iconography that often refer back to the personal life of its founder.

Made of glass and about 15cm in diameter, the sphere was inspired by a rock crystal ornament in Gabrielle “Coco” Chanel’s apartment that was made by French jeweller Robert Goossens. It houses L’Epee’s seven-day, cal. 1855 that has a vertical escapement – a surprisingly versatile movement that have been used in clocks of various forms, including the MB&F Destination Moon clock and L’Epee’s own Hot Balloon desk clock. Two drums showing the hours and minutes respectively form the upper half of the globe. The numerals on the drums are in Chanel’s own modernist typeface inspired by the numbers on LCD displays in electronic watches – the same one used in the Monsieur de Chanel wristwatch. The plates of the movement are black coated with PVD while the gear train is palladium-plated. A single, large barrel is visible right below the regulator. Sleekly monochromatic, in keeping with Chanel’s house style, the glass globe is held up by four lions, a reference to Coco Chanel’s zodiac sign of Leo. Made of solid bronze, the lions are cast in a faceted, sculpted form that gives them a hint of Art Deco, and finished with a matte black treatment. The Chanel Chronosphere Clock is a limited edition of five. The price is only available upon request, but expect it to be in the region of €200,000.

Up Close with the Monsieur de Chanel - the In-House, Retrograde Jump Hours for Men

Designed from the ground up as a man's watch, the Monsieur de Chanel is urbane and powered by an accomplished in-house movement. Read on to find out why, in unparalleled detail.