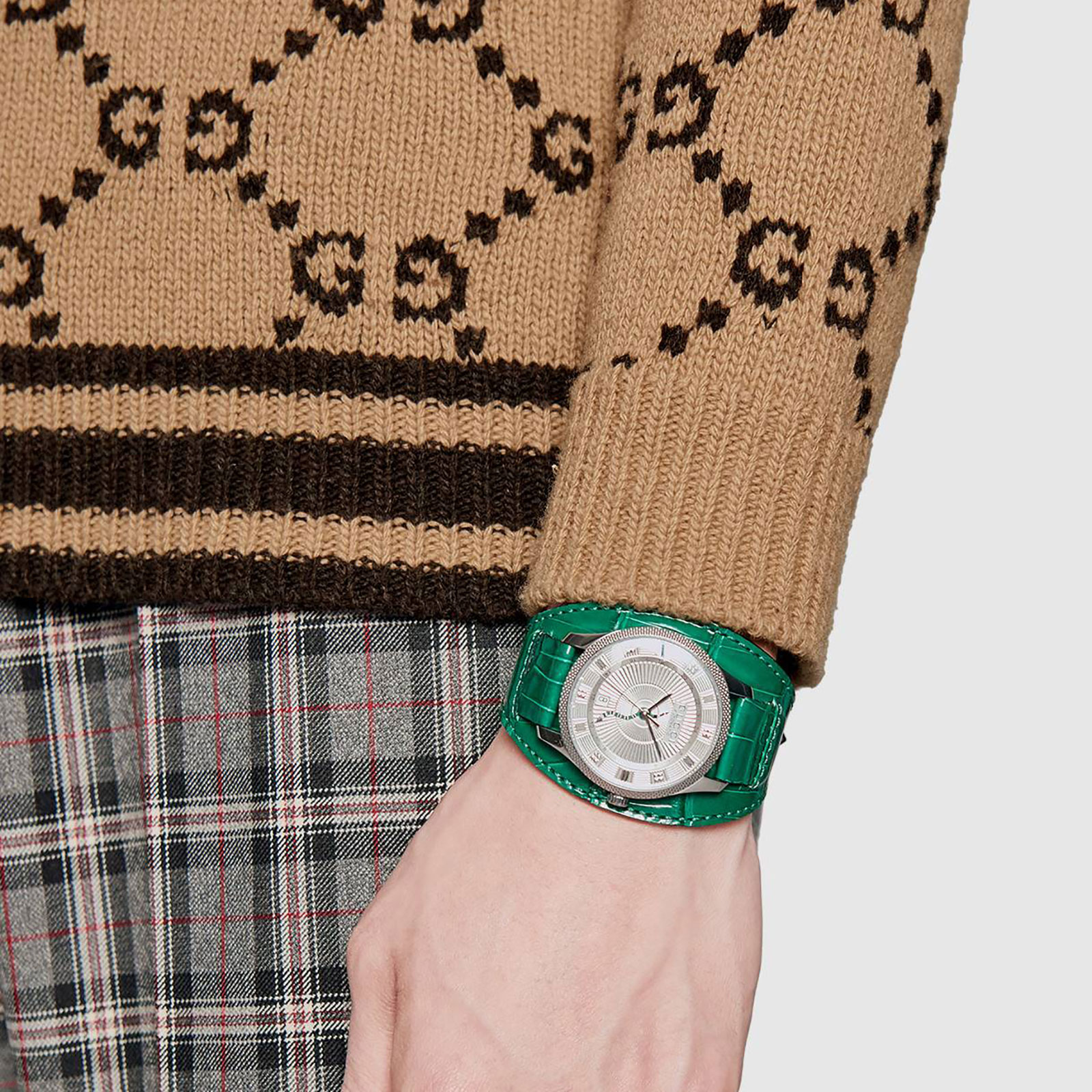 Now the world’s fastest growing label amongst the world’s major luxury brands – revenue in the first half of 2018 was up 44.1% – Gucci’s stellar performance is credited to the quirky and occasionally irreverent aesthetic of its creative director Alessandro Michele. While Mr Michele was part of Gucci’s watch development before, insiders say he is now much more involved with timepiece design.

Mr Michele’s styling, which often has a dose of retro, is evident in the two dual time zone automatics in the line-up. The first is the G-Timeless GMT that was unveiled last year. While the name is somewhat clumsy, the watch is appealingly proportioned and surprisingly elegant, with a case of 40mm that’s relatively slim. The case is steel and simple in form, available either with a polished finish or a matte black PVD coating.

In the metal the case is notably more appealing, and better made, than the first generation G-Timeless automatic watches, though it’s still relatively lightweight. Overall subtle in style, the watch stands out with its dial detailing. The dial repeats a motif Mr Michele has applied to other watches in the G-Timeless line, with applied hour markers in the form of stars, bees and a single heart at seven. The second time zone hand takes the form of a red, black and white banded coral snake. It’s powered by an ETA 2893, which is an ETA 2892 with the addition of a second hour hand. On the black PVD version the rotor is coated in matte black to match the case. All G-Timeless GMTs are delivered with a single-fold clasp. Launched only just this year is the Eryx GMT, named after a species of snake. These feature striking guilloche dial stamped with geometric patterns – reminiscent of De Bethune’s hand-engraved creations – along with the signature serpent second time zone hand. Fitted to alligator skin “Bund” style cuff straps, the Eryx GMT is also 40mm in diameter, and powered by the ETA 2892, and available with in either yellow gold plate or steel.