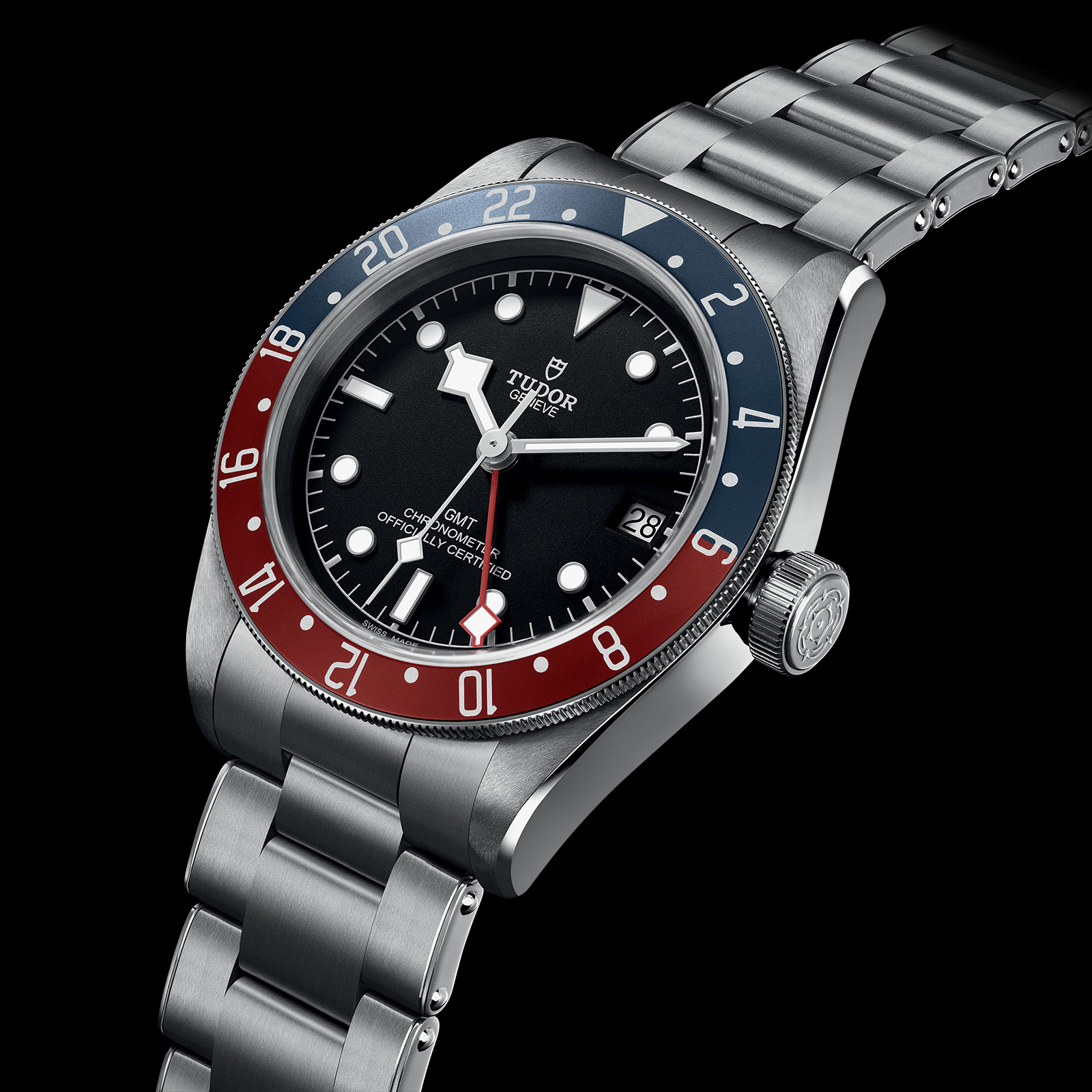 Measuring 41mm in diameter, the same as the standard Bay Bay diver, the Black Bay GMT is stainless steel with a red and blue GMT bezel insert that’s made of anodised aluminium and features an appealing Art Deco style font. Notably the bezel is bidirectional and has 48 notches, or “clicks” when rotated, which means it can track time zones offset by 30 minutes, going beyond the common 24 time zones.

While the overall style is identical to the Black Bay diver, several minor tweaks were made, including shrinking the size of the hour indices and hands, to avoid leaving the dial over crowded. The MT5652 has a 70-hour power reserve and a fully integrated GMT function, indicated with a red “snowflake” hand.

And though the movement is thicker than its related time-only calibre, the Black Bay GMT has the same case height, just 14.6mm, as the standard Black Bay thanks to some clever design tweaks.

Another change is the the crown tube, which has satin brushed finish instead of the coloured, PVD-coated tube found on other Black Bay models. As is standard for the Black Bay family, the watch is water-resistant to 200m and is available on a rivet-style steel bracelet (that is nevertheless secured and sizeable with screws), or leather or fabric straps.