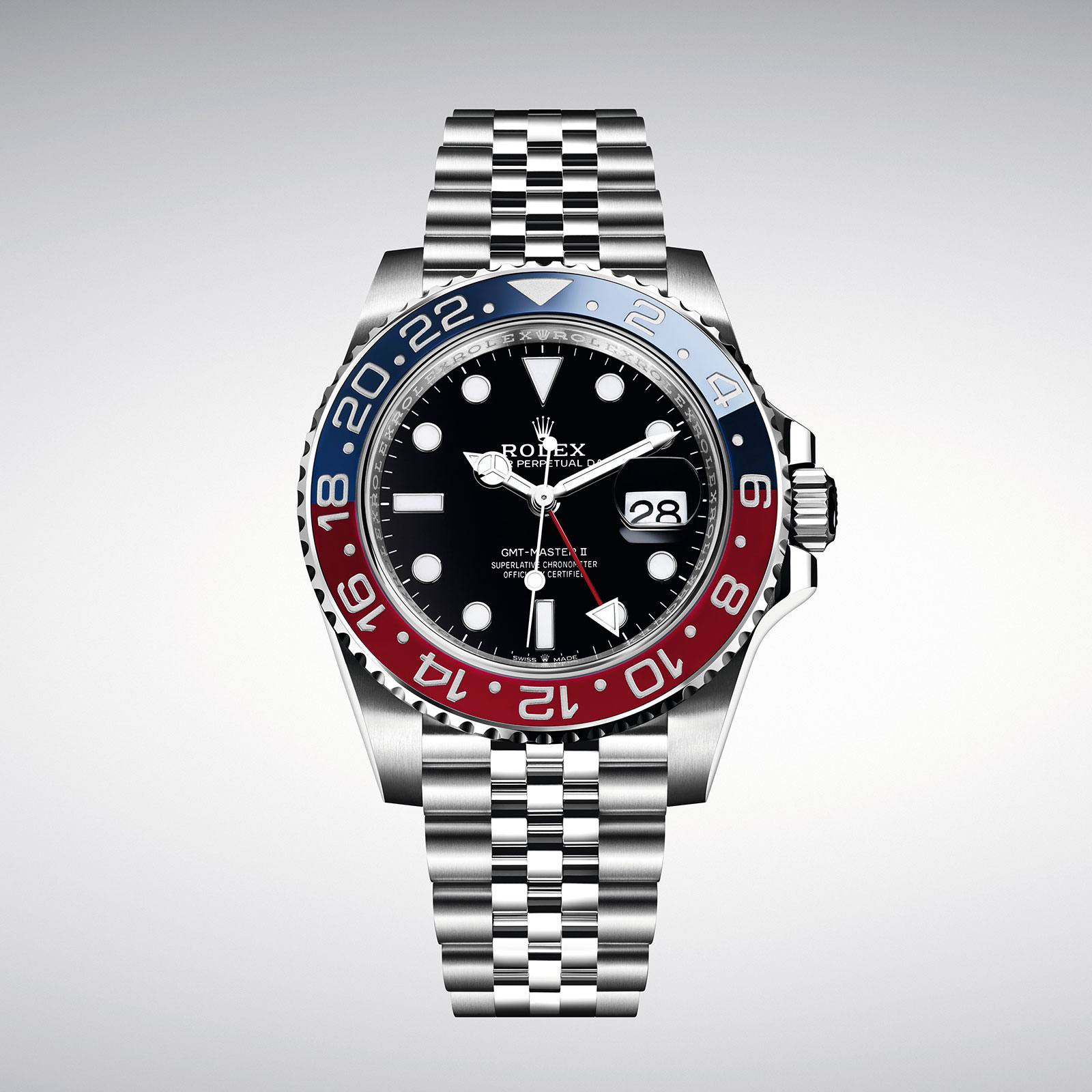 Previously available only in white gold, the Rolex GMT-Master II “Pepsi” has returned to its utilitarian roots at Baselworld 2018, with a stainless-steel case as well as a host of other improvements.

Just as with some vintage GMT-Master models, the watch has been fitted with a new, five-link Jubilee bracelet – but with a spring-loaded Oysterclasp found only on Rolex sports watches.

Like most recent Rolex launches, the new GMT-Master II is powered by a new-generation movement, the calibre 3285, with some 10 patents filed during its development.

The Cerachrom, bi-directional “BLRO” bezel – which is actually two-colour ceramic – and black dial remains unchanged, and what we have is a wholly irresistible version of a GMT-Master II “Pepsi”.