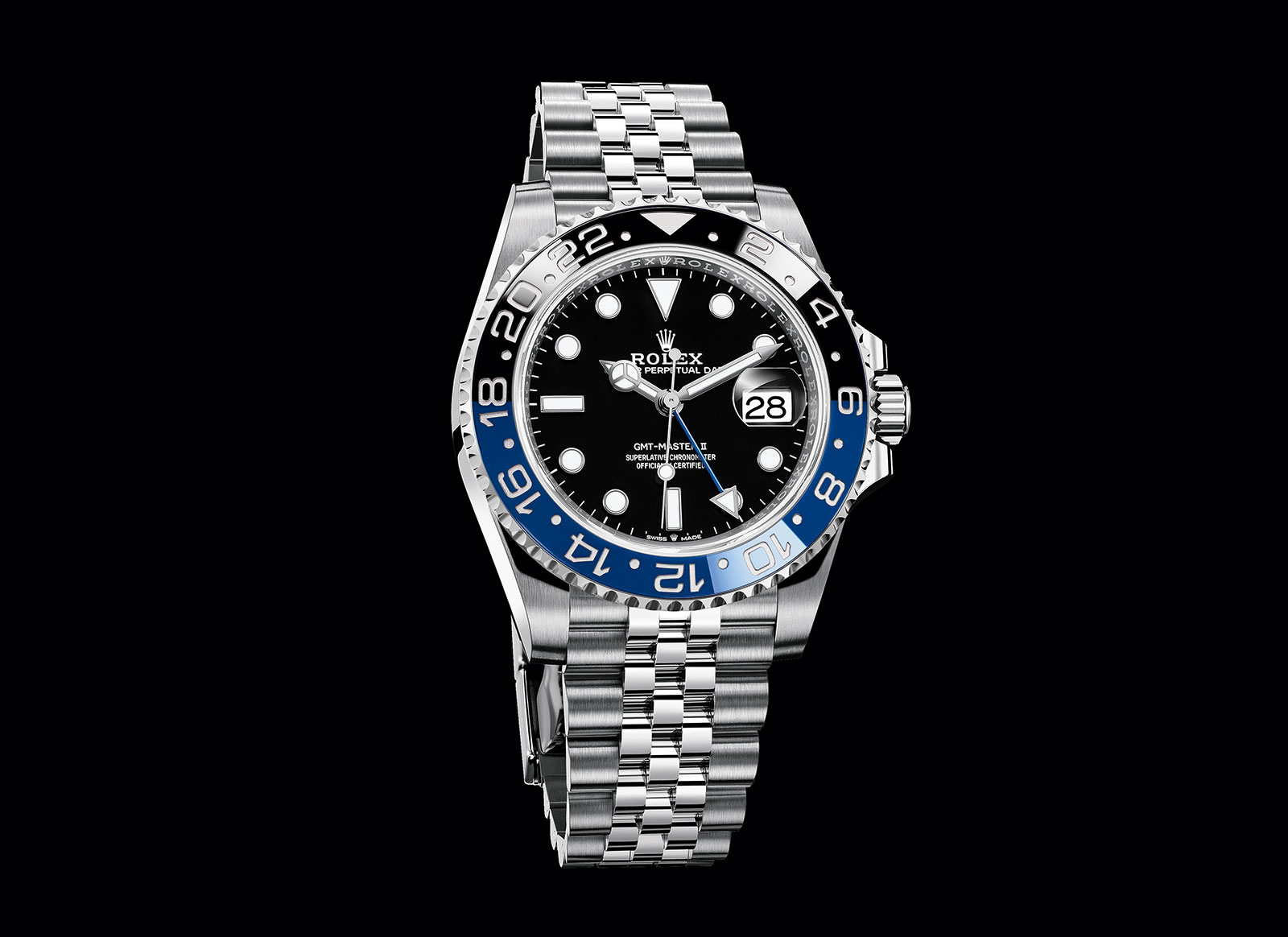 When Rolex took the covers off the GMT-Master II “Pepsi” on a Jubilee bracelet last year, the reaction was overwhelmingly positive, and the model now enjoys a waitlist many, many months long.

This year, Rolex has applied the same treatment to the GMT-Master II “Batman”, keeping its signature blue and black bezel, while giving it a Jubilee bracelet, redesigned lugs, and a cal. 3285 movement. Most significantly, the facelift means there is now a clearly defined visual distinction between the steel GMT-Master IIs, which both have Jubilee bracelets, and the various gold or two-tone models on Oyster bracelets. Being essentially the same watch as last year’s GMT-Master II “Pepsi”, save for the colours, the new “Batman” has the same feel.

The Jubilee bracelet feels much softer than an Oyster bracelet, while bestowing a slightly retro style on an obviously modern watch. The five-link Jubilee bracelet means that the lugs have also been tweaked to accommodate the new bracelet, with the lug holes being drilled in a different position, as compared to the cases with Oyster bracelets. And while the dial design is identical, there is a subtle difference: a coronet sits at six o’clock, in between “Swiss” and “made”, signifying that this GMT-Master II is powered by a calibre from the latest generation of movements, the cal. 3285.

Like the other movements of its range, the cal. 3285 boasts the Chronergy escapement, blue Parachrom hairspring, and a power reserve of 70 hours.

Incremental improvements to a solid product, making it a big hit.

Introducing the Rolex Yacht-Master 42 in White Gold and Ceramic