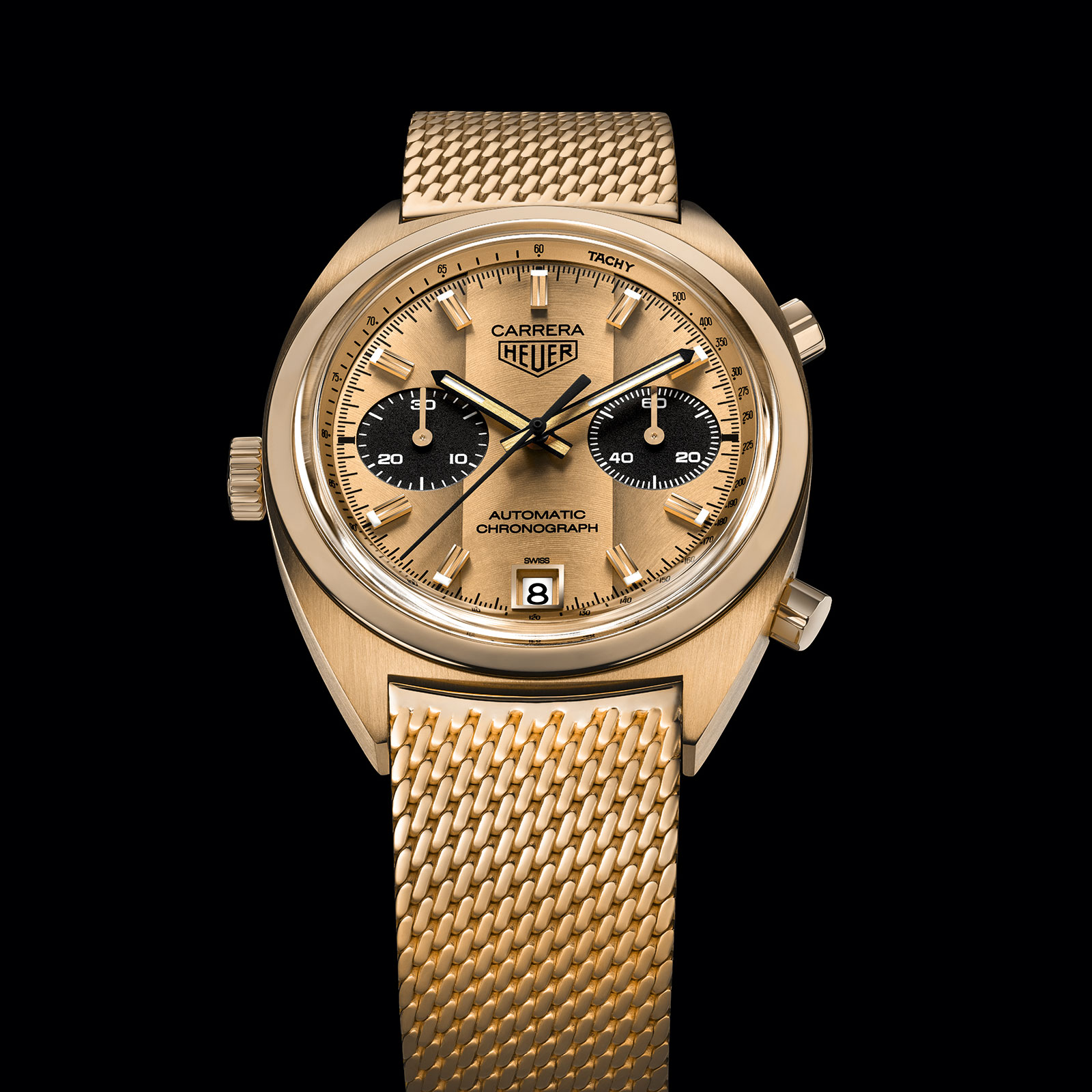 In May 2016 Sotheby’s in Geneva set the record for the most expensive Heuer ever sold at auction, with a one of a kind Carrera 1158 CHN selling for SFr225,000 (US$231,400), all fees included. The winner of the watch, a gift from Jack Heuer to Swedish racing driver Ronnie Peterson, was TAG Heuer, which now exhibits the watch in its museum. Now TAG Heuer has produced a replica of the original to benefit the Ronnie Peterson Memorial Foundation, after launching a limited edition in steel exclusively for the Swedish market last year.

Originally intended as gifts for Ferrari team drivers, the 18k yellow gold Carrera 1158 proved popular enough that it went on commercial sale, becoming the most expensive Heuer watch available at the time. The importance of the Peterson watch was two-fold: it was gifted by Mr Heuer to a then promising racing driver, and it had a unique dial configuration. The original Ronnie Peterson watch, though now with a standard 1158 CHN dial installed

Ironically, the replica is a remake of a one-off watch, but it faithfully recreates the original, right down to the unusual dial decorated with Cotes de Geneve (which was actually from a gold-plated Carrera ref. 110.255) and the gold mesh bracelet. The case back of the replica is also engraved with the same dedication found on the original, which was presented to Mr Peterson in 1972, after the German Grand Prix and just as his career was starting to take off. Unfortunately, Mr Peterson never lived to fulfil his potential, losing his life in a 1978 crash at age 34. Though the replica has the same left-handed crown as the original, which was powered by the Chronomatic cal. 11, the modern day movement is an ETA 2892 topped by a Dubois-Depraz module. Though the buzz in the vintage Heuer market has tapered off after the vintage Heuer thematic sale at Phillips last year, the Peterson remake should fetch a handsome sum. The Peterson Carrera replica (ref: CBH2240.BG0673) will go on sale at Bonhams’ Monaco automotive auction, Les Grandes Marques à Monaco, on May 11, 2018, with an estimate of €20,000 to €30,000. You can learn more here.