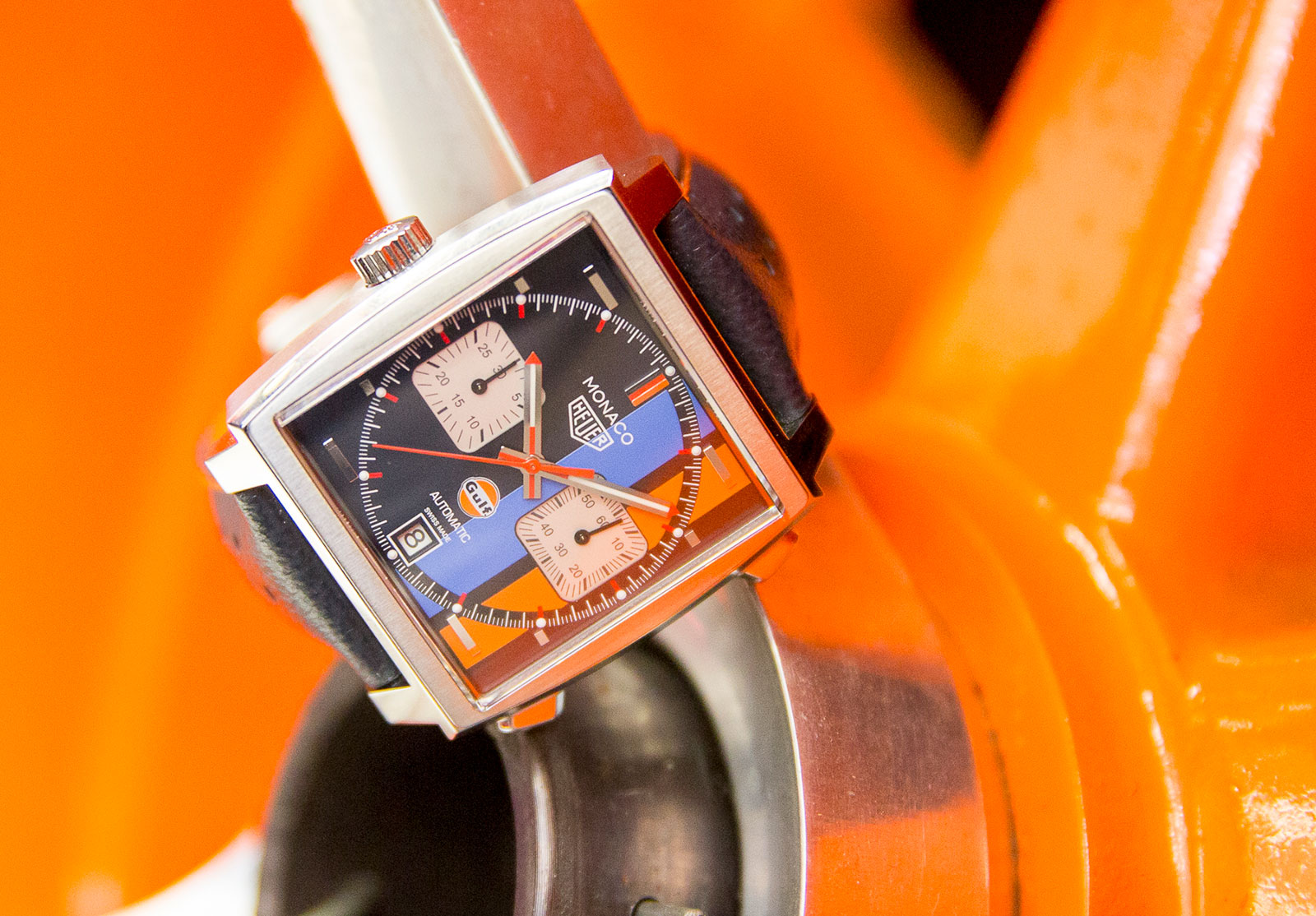 Once one of the “Seven Sisters”, the seven largest oil companies in the world, Gulf Oil was in its heyday a sponsor of several winning teams at Le Mans in the 1960s and 1970s. Steven McQueen drove a ‘Gulf’ Porsche 917 in the 1971 film Le Mans – while sporting a Heuer Monaco 1133B on his wrist – leading to the first Monaco Gulf special edition in 2005. Several editions later, the latest TAG Heuer Monaco Gulf has now arrived, for the rest of the world.

The Monaco Gulf 2018 Special Edition was first unveiled late last year, but was only available in the United States due to licensing restrictions (because Gulf Oil is now several corporate entities with various owners). Now that TAG Heuer has inked a partnership with Gulf, the blue and orange Monaco will be available worldwide. Measuring the same 39mm in diameter, the Gulf Special Edition features a metallic petroleum blue dial with white counters. Gulf’s unmistakable blue and orange racing stripes run from top to bottom, while the oil company’s logo makes its appearance on the dial at six o’clock. Notably, the new Monaco is the first in the Gulf series to feature the vintage Heuer logo, which completes the retro 1970s look. It’s powered by the Caliber 11 that has the winding stem on the left of the case, and chronograph pushers on the right, to mimic the layout of the original Chronomatic  movement found in the original 1970s Monaco. The Calibre 11 is an ETA 2892-A2 (or Sellita SW300) with a Dubois-Depraz module on top.

In the final nod to the tie-up, the watch strap is made of perforated blue calfskin leather with orange lining and stitching. Correction March 11, 2018: The car pictured is a Ford GT40 and not a Porsche as previously stated.