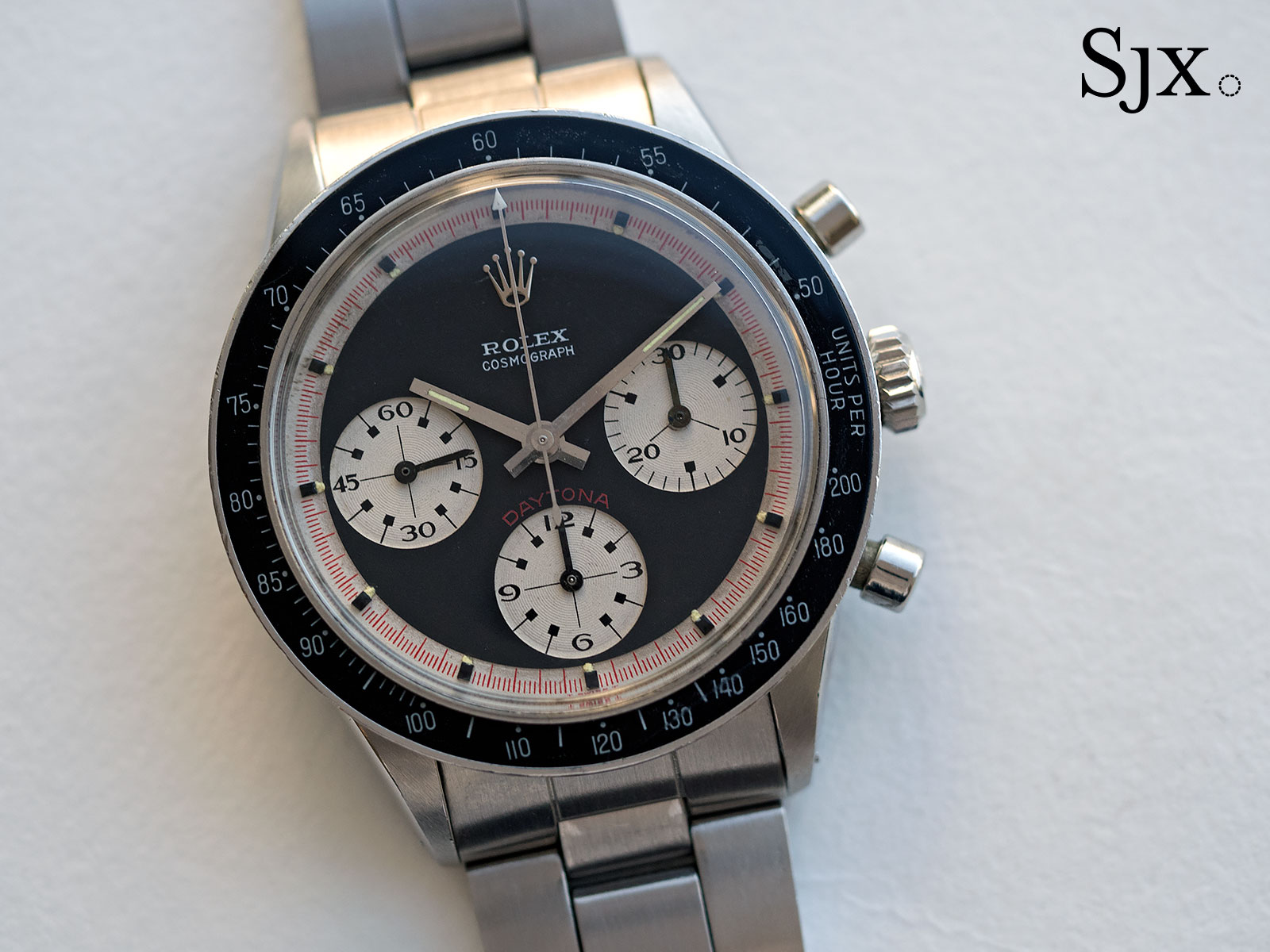 Not long after Paul Newman’s Rolex Daytona became the most expensive watch ever sold at auction – for US$17.5m if you’re wondering – Phillips auctioneers has announced Daytona Ultimatum, a thematic sale dedicated to the Rolex chronograph.

Conceived as a compact offering of the prime examples of the Daytona, the auction is scheduled for May 12, 2018. While the watches will not come from a one collection, they will be curated by a single expert, just like how noted horological author John Goldberger put together a selection of vintage sports Rolex for Phillips’ Hong Kong sale last year.

The curator’s identity seems to have been the inspiration for the forcefully worded sale title. Phillips declined to reveal his name, but name of the sale ultimately makes it obvious: the Italian collector and expert Pucci Papaleo. He’s best known for the gargantuan book titled, unsurprisingly, ULTIMATE ROLEX DAYTONA, a 7kg tome that costs over US$4000.

According to Phillips’ specialist Arthur Touchot, Daytona Ultimatum will consist of a small number of watches, well under the 50 lots of the recently concluded Heuer-only auction, perhaps “around 30, plus or minus a couple”. According to Mr Touchot, the watches in the sale will be both pristine and complete with paraphernalia like “boxes, tags, papers”. He adds that the condition of the Daytonas in the line-up means that it’s unlikely that any collector will be ever able to buy a similar watch at a similar price in the future, hence the “ultimatum” moniker. Not the ultimate but still pretty flash

Notably, most of the Daytonas in the sale will be manual-wind models, meaning those powered by the Valjoux 72 that came before 1988, when Rolex unveiled the first automatic Daytona that was powered by the Zenith El Primero movement.

The timing of the sale smartly capitalises on the momentum from the world record for Paul Newman’s watch, but perhaps not in the manner market observers might expect. While watch enthusiasts might have seen enough of the Daytona, the endless publicity in the mainstream media about Paul Newman’s Daytona has broadened the appeal of the Rolex chronograph beyond the traditional watch collector audience.

Even executives at rival auction houses have privately conceded the astounding US$17m price has resulted in a spate of walk-in clients having dug up an old Daytona at home and hoping for a windfall – the rising tide that floats all Daytonas (bless their screw-down crowns and pushers). Though the upcoming sale will be curated by a recognised expert (with the watches probably from known collectors), the likelihood of new faces and new money raising their paddles is high.

Correction December 16, 2017: An earlier version of the article stated that the sale will only include one example of each reference; that is incorrect.